South Africa ranks 39th overall among all nations and #1 in Africa. 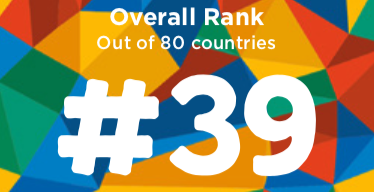 Its best individual category rank in “Movers” places it 18th in the world, well above the world’s overall top three countries (Switzerland-28, Canada-32, and Germany-35 in “movers”) and well above the United States, ranked 29th. There are four attributes that are equally weighted to determine this score; different, distinctive, dynamic, and unique. Collectively, the “movers” category accounts for 10% of the overall BAV country rank. South Africa’s highest attribute is its uniqueness.

It’s lowest ranking at #62, “quality of life” which contributes nearly 17% towards a country’s overall score, is impacted by global perception of South Africa’s lack of safety, translating into the lowest possible score in income equality. South Africa’s second lowest category ranking of #61, “open for business”, underscores its high degree of corruption, lack of government transparency, and its unfavorable tax environment. However, with major changes in government taking place in 2018, and the potential for new policies geared towards improvement in government transparency, pro-business mindset, and improvements in safety and security, we would expect to see South Africa improve its score in these areas considerably, and demonstrate improvements in country ranking overall. 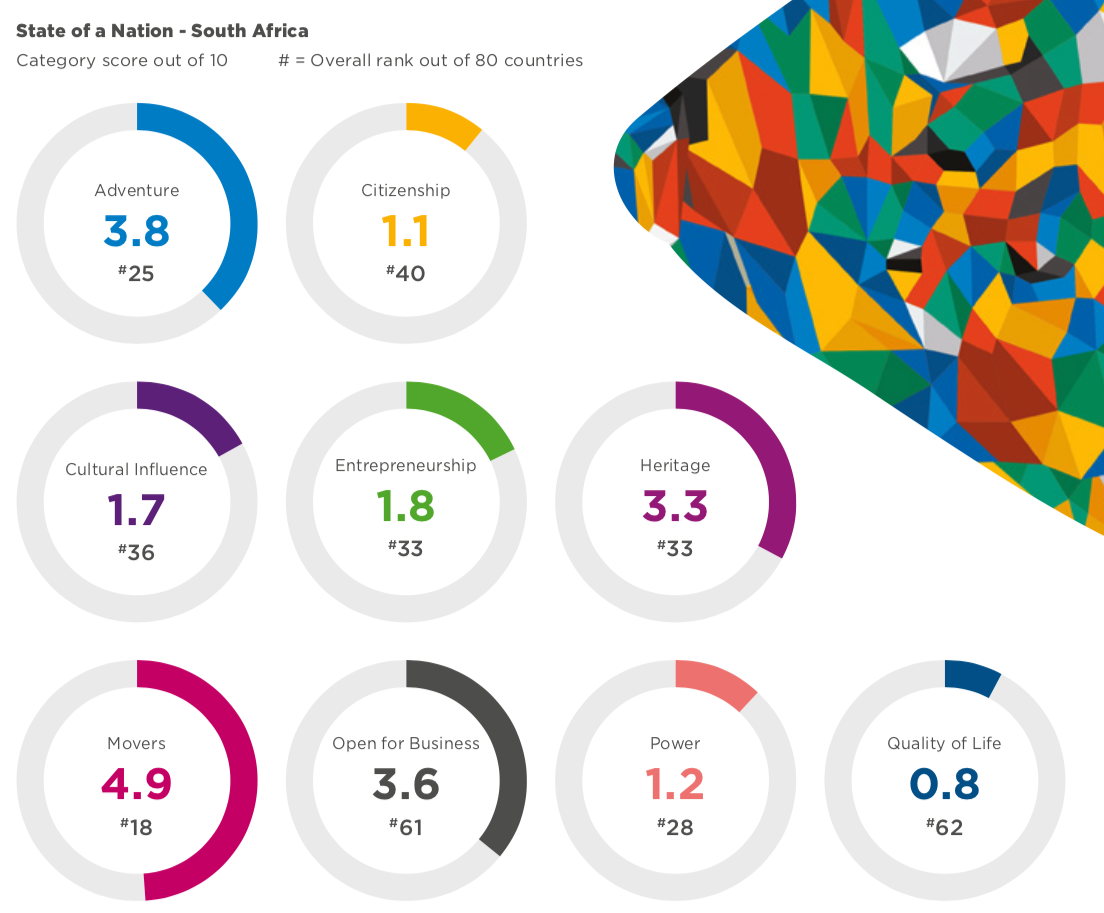 Despite historical trends that show the U.S. and the U.K. to be the countries that attract the most international students each year, millennials' perceptions ranked countries primarily in Asia with less established, but promising economies as the best countries to study abroad.

Best Countries to Start A Career

The Best Countries to Start a Career ranking is based on scores primarily from nearly 7,000 millennials on a compilation of seven equally weighted country attributes: a good job market, economically stable, entrepreneurial, income equality, innovative, is a place I would live and progressive. Countries that millennials favored more heavily than other generational survey participants did placed higher in this ranking.