US and Chinese banks lead in growth rates

Strong performances by US banks and banks in fast-growing economies, particularly China, led the regional banks category to a 16 percent rise in value compared with an increase of just 2 percent a year ago. The banks advanced artificial intelligence and digital initiatives to improve customer experience and preempt fintech competition. Every bank but one increased in value, reflecting economic strength in most regions of the world.

Having benefited from changes in US tax laws, Chase planned to open several hundred branches in new US markets. It currently operates over 5,100 branches in 23 states. With this additional presence, the bank planned to increase its consumer mortgage and small business programs. The bank also planned to invest some of the revenue produced by lower tax rates into local communities to stimulate growth.

Chase introduced a mobile app called Finn, specifically to meet the banking needs of younger people and cultivate them as long-term customers. Positioned as a mobile bank, the app provides the usual banking functions along with tools to track spending and savings. Finn was part of the bank’s larger strategy of providing digital solutions.

Bank of America, achieved a profit level that matched the bank’s performance prior to the Global financial crisis, in 2008, after which financial penalties for regulatory problems diminished profits. The bank’s stock price rose to its highest level since 2008. Rising interest rates helped drive results for all the banks, and Bank of America led in stock market appreciation. 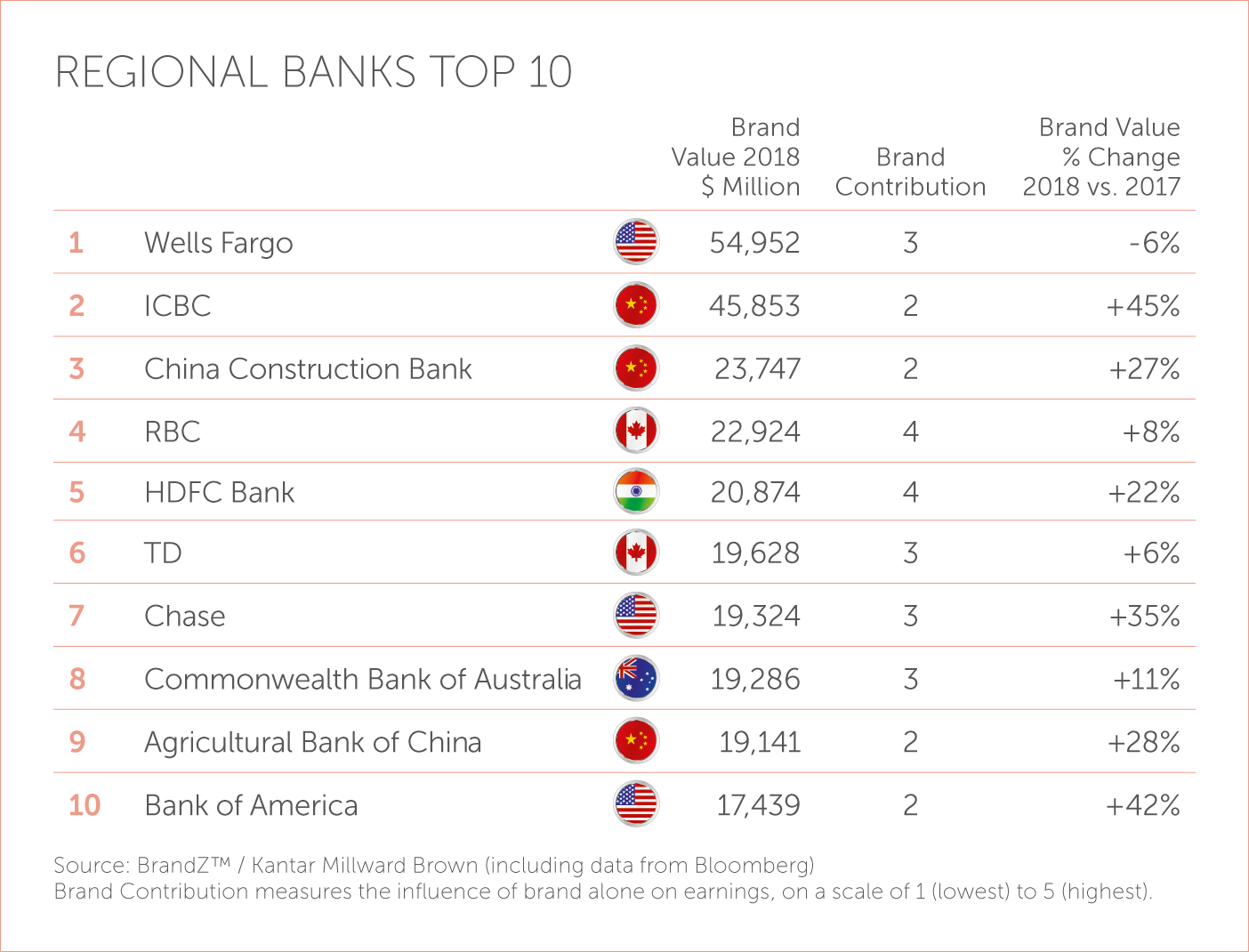 The bank continued cost cutting and had resolved most of the regulatory issues resulting from the financial crisis. Its technology investments included an artificial intelligence initiative to improve the customer banking experience by enhancing the bank’s mobile app with a virtual assistant named Erica.

The strength of China’s economy helped drive results of Commonwealth Bank of Australia, although fines for regulatory infractions hurt results. HDFC, a leading Indian private bank, was well positioned as the economy rebounded. The bank’s strengths include a national network that extends to both established urban and developing rural regions, and a portfolio of region-appropriate products.

The Indonesian Bank BCA entered the BrandZ™ Global Top 100, based on its ability to serve a wide customer base with innovations like its mobile app, called eBranch, and extensive digital communications on social media. Wells Fargo declined because of a loss of trust and the imposition of regulatory sanctions that followed revelations of fraudulent consumer servicing activities. 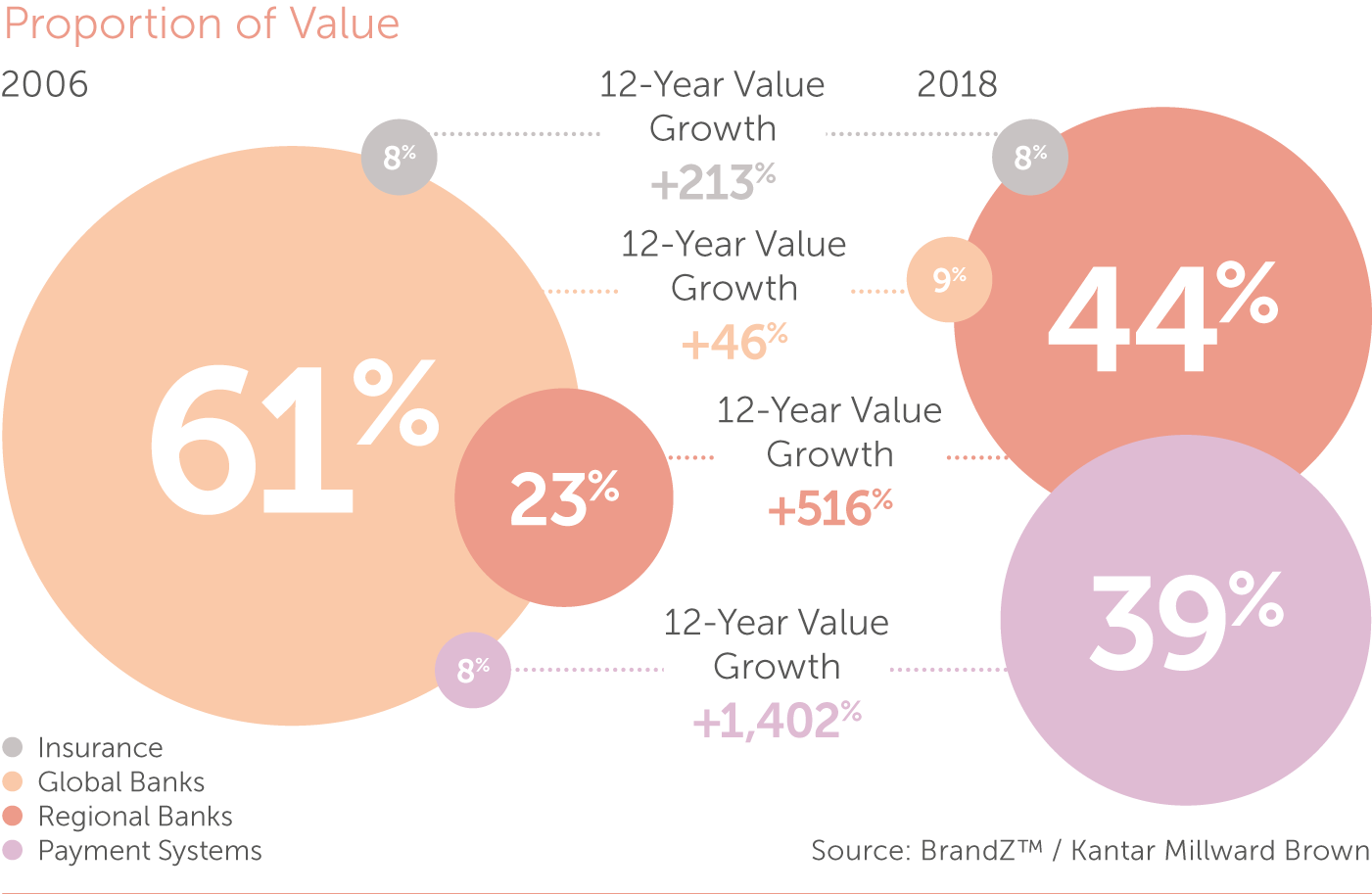