Total media spending will soften during 2019, rising only 5.5 percent, following a 6.9 percent rise in 2018, according to GroupM estimates. Excitement around the World Cup explains some of relative strength in 2018. International trade tensions explain the more conservative estimate for advertising investment in 2019.

Spending is expected to decline in all traditional media, although the growth of luxury and fashion brands should slow the rate of decline in magazine spending, according to GroupM. Similarly, GroupM expects Out-of-Home spending to increase moderately, as more brands include OOH in their media mix. And price resistance will affect the continued growth of internet spending.

Despite the slowdown, China’s growth rate exceeds global growth forecasted by GroupM: 4.3 percent in 2018 and 3.6 percent in 2019. And China remains the world’s No. 1 advertising market, with spending in 2019 expected to reach $4.8 billion 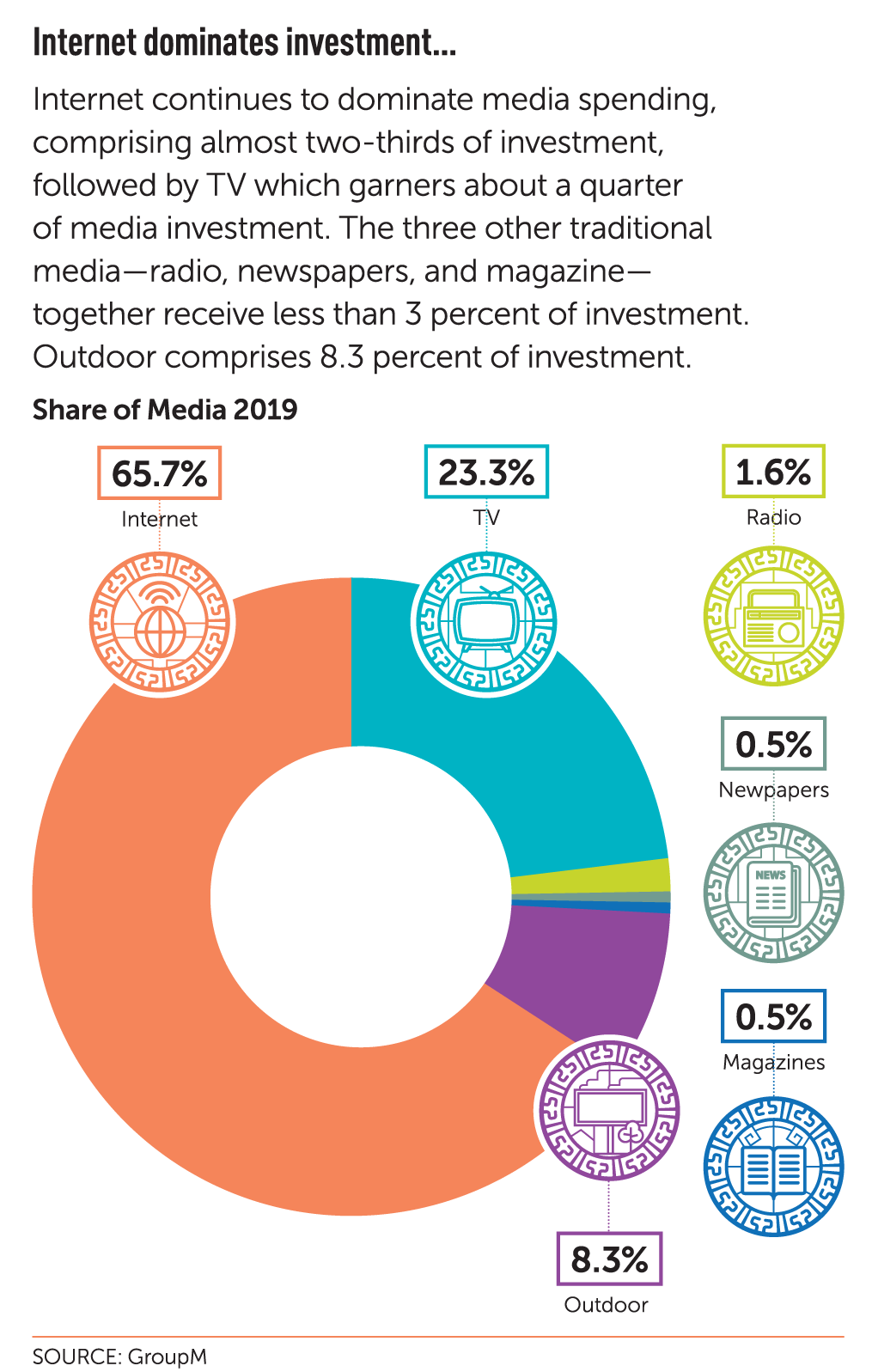 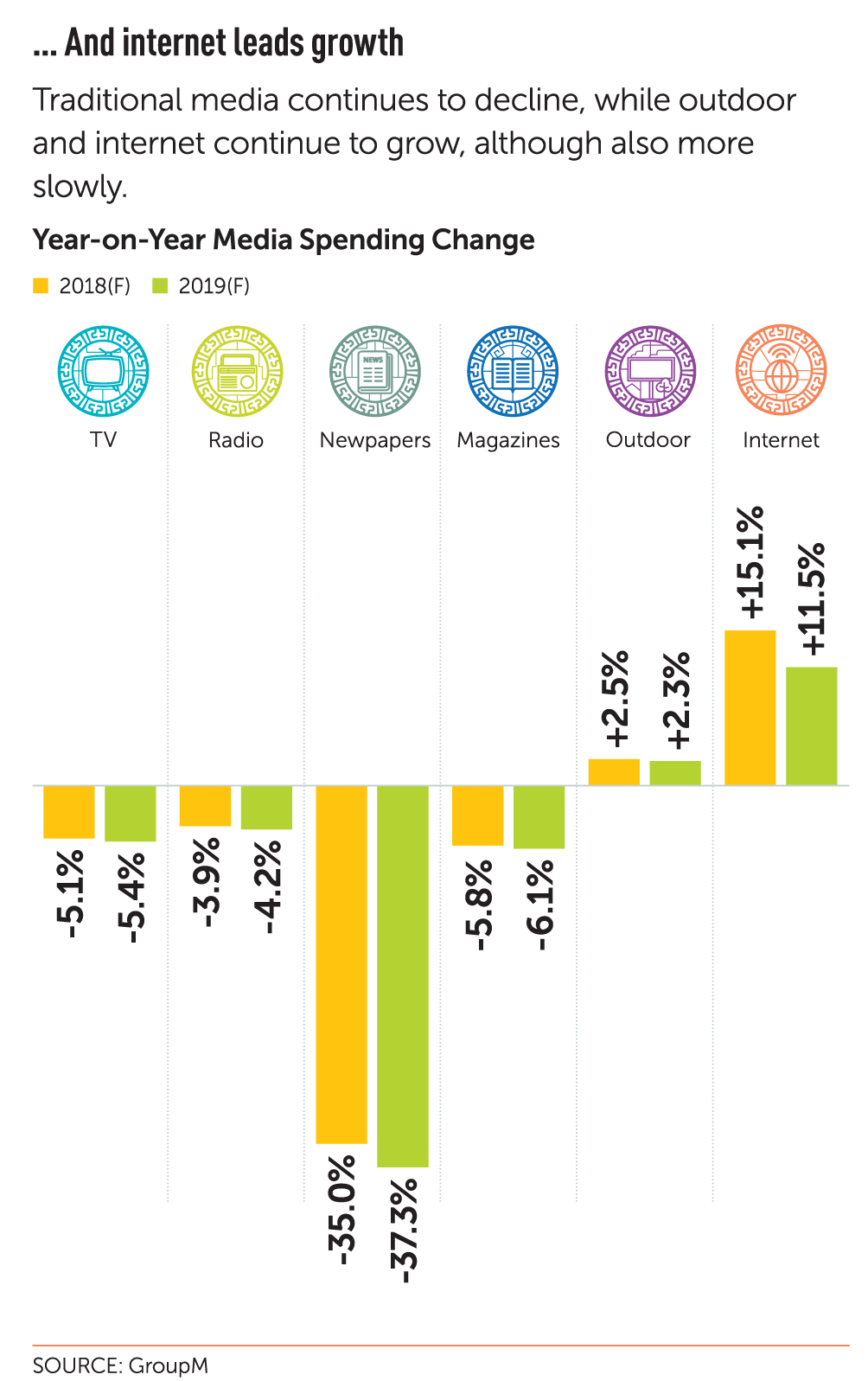