The number of mobile users in India reached 478 million in June 2018, according to estimates by Kantar IMRB and the Internet and Mobile Association of India (IAMAI).

For the year ending in December 2017, estimated mobile internet use rose 18.6 percent in urban India and 15.0 percent in rural India. Growth in urban areas, where penetration is 59 percent, is expected to slow, while growth in rural areas should accelerate, as rural mobile penetration is only 18 percent.

With the increase in the availability of content, entertainment has become a leading purpose for mobile internet use, particularly in rural India, while communication and social networking continue to be leading reasons why people access the internet with mobile devices. Using mobile internet for online financial transactions remains a lower priority, particularly in rural India, but should rise in importance because of government initiatives. 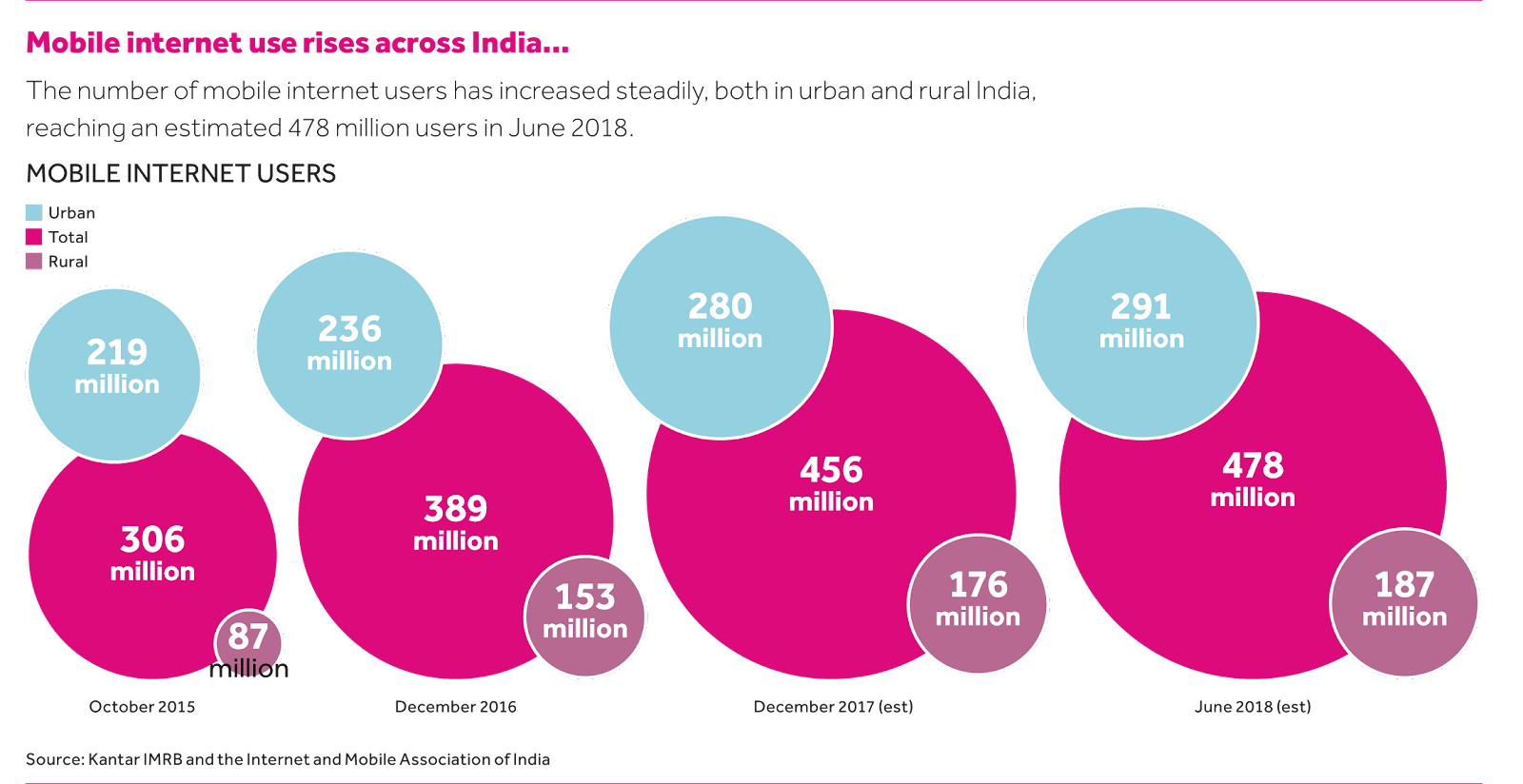 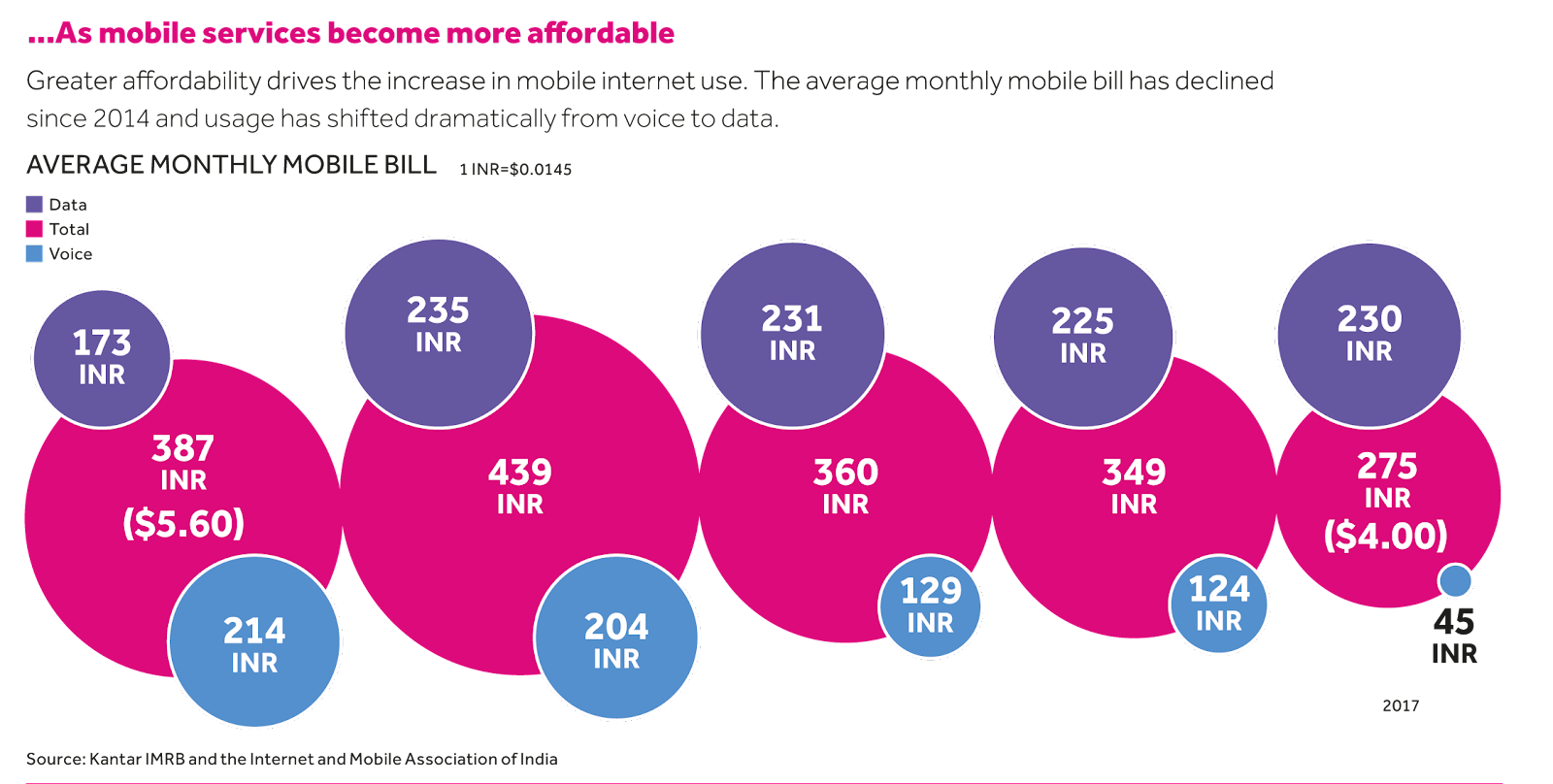