li:before{content:"● "}ul.lst-kix_list_1-0{list-style-type:none}.lst-kix_list_1- BrandZ is the world's largest brand equity database. Created in 1998 and continually updated. BrandZ is an invaluable resource, containing data on brands gathered from interviews with over 150,000 people every year in up to 400 studies around the world"> brandZ | Media : More choice, greater spending
We’ve stopped what we are doing and creating your personalized BrandZ™ report, which will appear in your inbox soon.

The UK media market has both a long heritage and a strong reputation for creativity and innovation. With thriving news and entertainment sectors, consumers are increasingly spoilt for choice, thanks to an ever-expanding selection of media platforms and content providers.

In this context, UK consumers are dividing their time between multiple forms of media – and often consuming several at once across multiple connected devices. Brands are therefore being forced to work harder than ever to identify where their target market is, the kind of message that’s likely to resonate with them, and how to do that at the right time, in a way that is both relevant and stands out from the crowd.

The UK advertising market is on track for its ninth successive year of growth, rising at a predicted 4.8 percent and will remain one of the fastest-growing media markets in the world. Total media investment in 2018 is predicted by GroupM to reach £19.8 million, with almost 60 percent of that coming from internet advertising due to increasing digital video viewing and rising levels of e-commerce. Marketer focus on near-term returns is also leading to an emphasis on online campaigns.

While several advertisers pulled their investment from YouTube in 2017 over concerns about their brand appearing alongside inappropriate content, GroupM estimates that over two-thirds of these brands have resumed advertising at their previous levels of investment.

Research by telecommunications regulator Ofcom shows that subscription services such as Netflix and Amazon Prime are on the rise; almost 80 percent of adults have watched back-to-back episodes of a programme in a single sitting, and more than half say they like the freedom to watch what they want, when they want, via a tablet or smartphone. While the TV set in the living room used to be the focal point of a family home, now only 30 percent of people say they sit with family members to watch the same content on the same device each day. 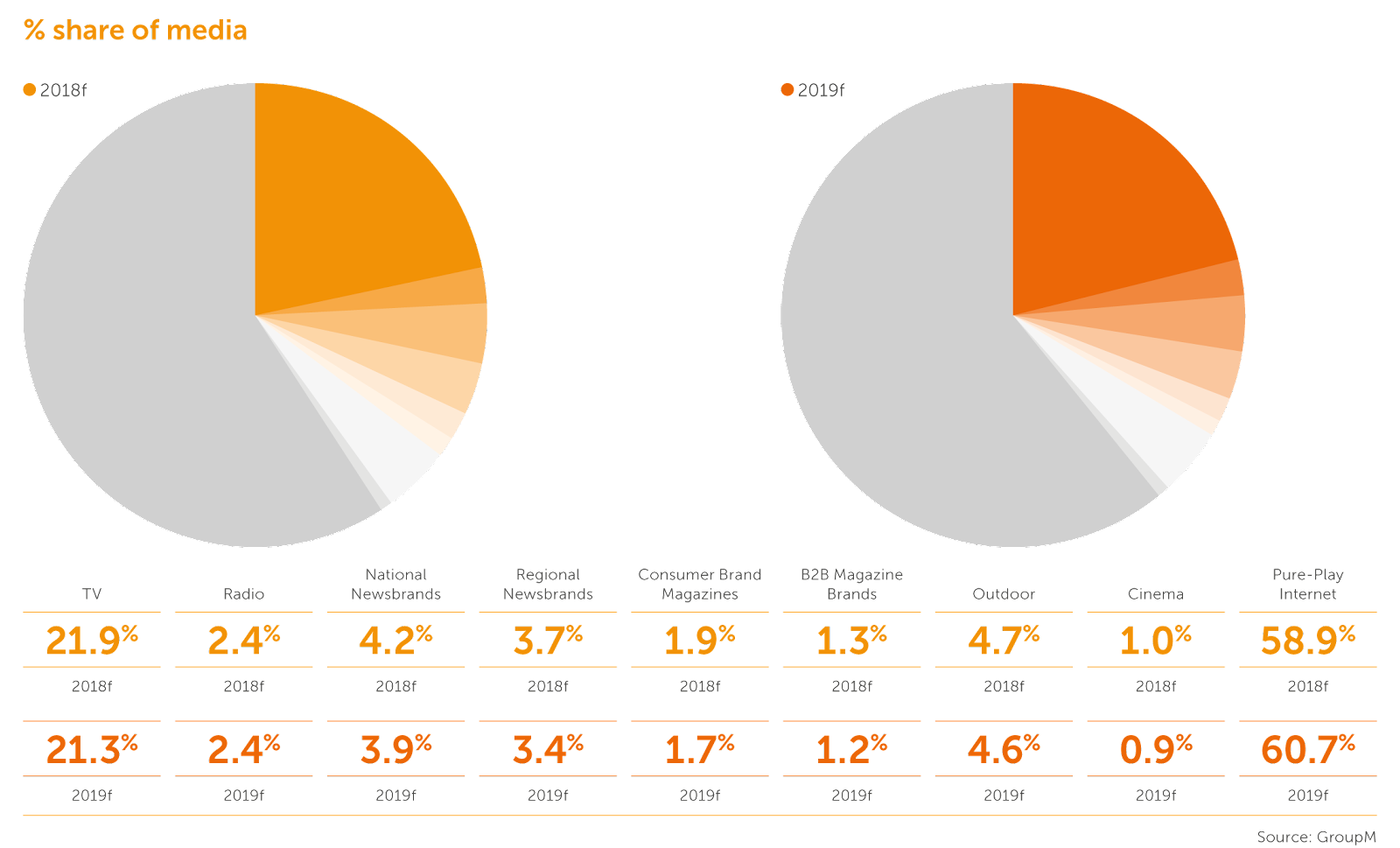 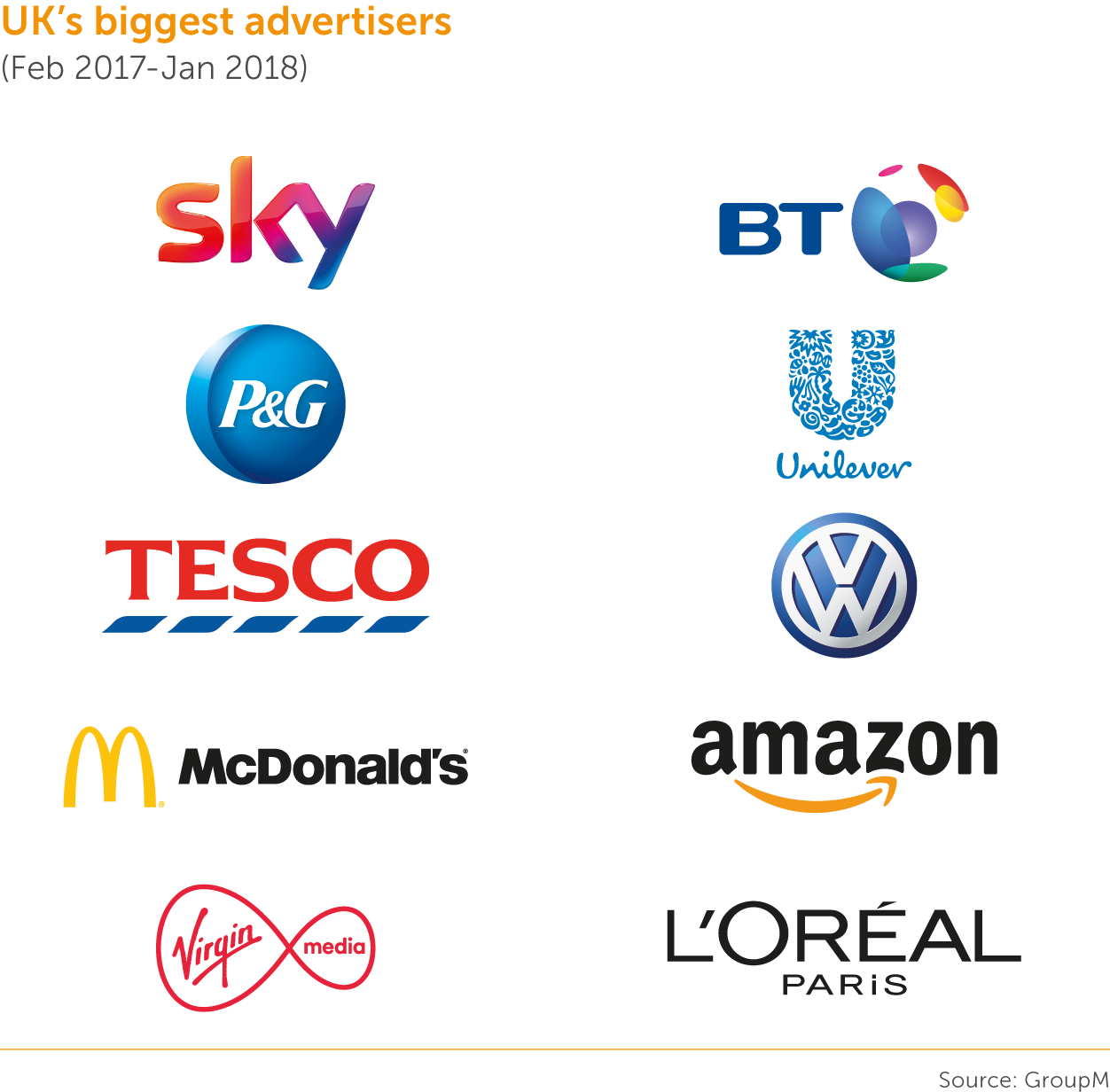 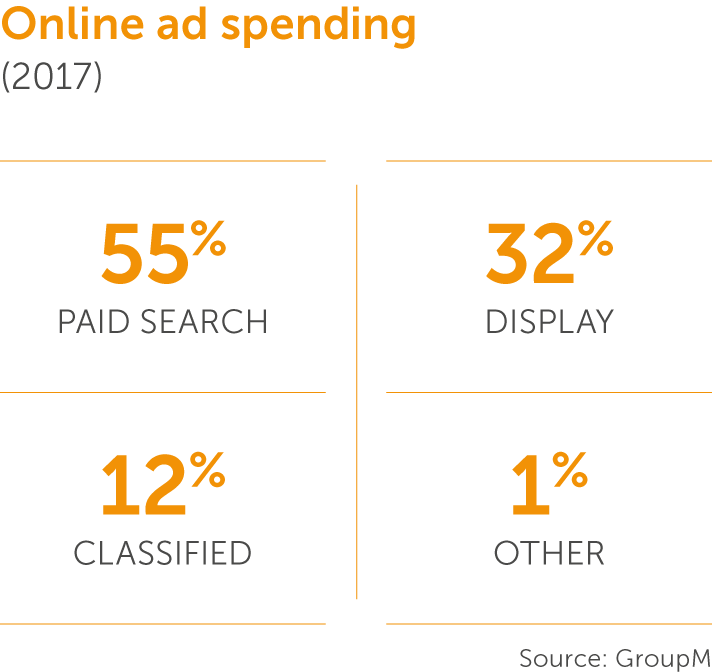 The art of integration is integral to how enjoyable and memorable a campaign is perceived to be. Use these rules as a guide:

1 Integrate campaign cues – Consistent use of characters or personalities differentiates the best campaigns from the rest. Basics like logo and slogan also help.

2 Start with a strong campaign idea – Campaigns with a strong central idea are far more likely to remain integrated, even when individual elements are customised for specific placements. The central idea is a strong starting point for brands working on outdoor and online executions, rather than starting with a video ad and working backwards.

4 Invest only in channels with a clear role to play – Through our analysis of Effie-winning campaigns for advertising effectiveness, we see success comes from having a specific reason to use each channel. Understand that attitudes to ads vary by channel and format, and different media have different inherent strengths. Don’t underestimate consumer openness to traditional media.

5 Customise content for each channel – Think about customisation for each placement to boost effectiveness, but remember that more customisation isn’t always better. For example, using more lively content that is disconnected from the campaign carries the risk of reducing overall effectiveness. So, if you’re not genuinely edgy, don’t try to fake it just for your online videos.

The season of giving is also the season of spending for many UK advertisers, and the release of retailers’ Christmas ads often makes the nightly news. In this highly competitive context, standing out with just the right balance of festive charm and distinctiveness is an annual challenge.

Amazon consistently hits the right notes at this time of year, and Kantar Millward Brown research into 17 brands’ Christmas ads in the UK found that its “Give” ad, featuring a chorus of singing Amazon parcels, was the season’s strongest all-round performer. Consumers described the ad as different to other ads, and said it motivated them to buy from Amazon and built upon the brand’s strength. Other big hitters over Christmas 2017-18 included Argos for its “Ready for Take Off” ad focusing on same-day delivery, and Aldi’s “Kevin the Carrot” tale, widely loved for its funny, sweet tone.

The most successful ads, at Christmas and throughout the year, combine emotional storytelling and a single, clear message that inspires consumers to act. A great story can seed ideas, associations and feelings that are triggered during the purchase process, even long after an ad was last seen.