Illustrating the volatility of the global brand landscape, nine brands entered the BrandZ™ Global Top 100 as newcomers this year, compared with only two-to-eight newcomers annually over the past four years.

The make-up of the newcomers also demonstrates some of the drivers of volatility. Six of the nine newcomer brands come from Asia, including four Chinese brands. Six brands are in technology or technology-related categories, and several brands operate as ecosystems.

Two of the Chinese brands, Didi Chuxing and Meituan, are online-to-offline service providers. In the transport category, Didi Chuxing is a ride-sharing app, similar to Uber and Lyft, with a broader strategy to diversify across automobile services, including lease and rental, car sharing, fueling stations, and aftercare.

The Chinese newcomer Haier recently redefined its home appliance business as an ecosystem, adapting to a market in which an increasing number of consumers are looking for smart systems rather than individual products. To strengthen its position in Europe, where it has long been active, Haier purchased the Italian brand Candy. Haier also is investing in the GE appliances business in the US, which it acquired in 2016

The fourth Chinese brand, Xiaomi, makes smart phones that offer relatively affordable function and style. Xiaomi is the market leader in China, India, and Spain, one of the first countries it entered in Europe as it expands throughout that region.

The two Indian newcomers are the state-owned insurance group LIC, a highly trusted brand in India, and TCS, or Tata Consultancy Services, a global technology consultancy. The other technology newcomers are Xbox, the gaming platform owned by Microsoft, which is investing into developing more gaming content to strengthen its Xbox business, and Dell Technologies. 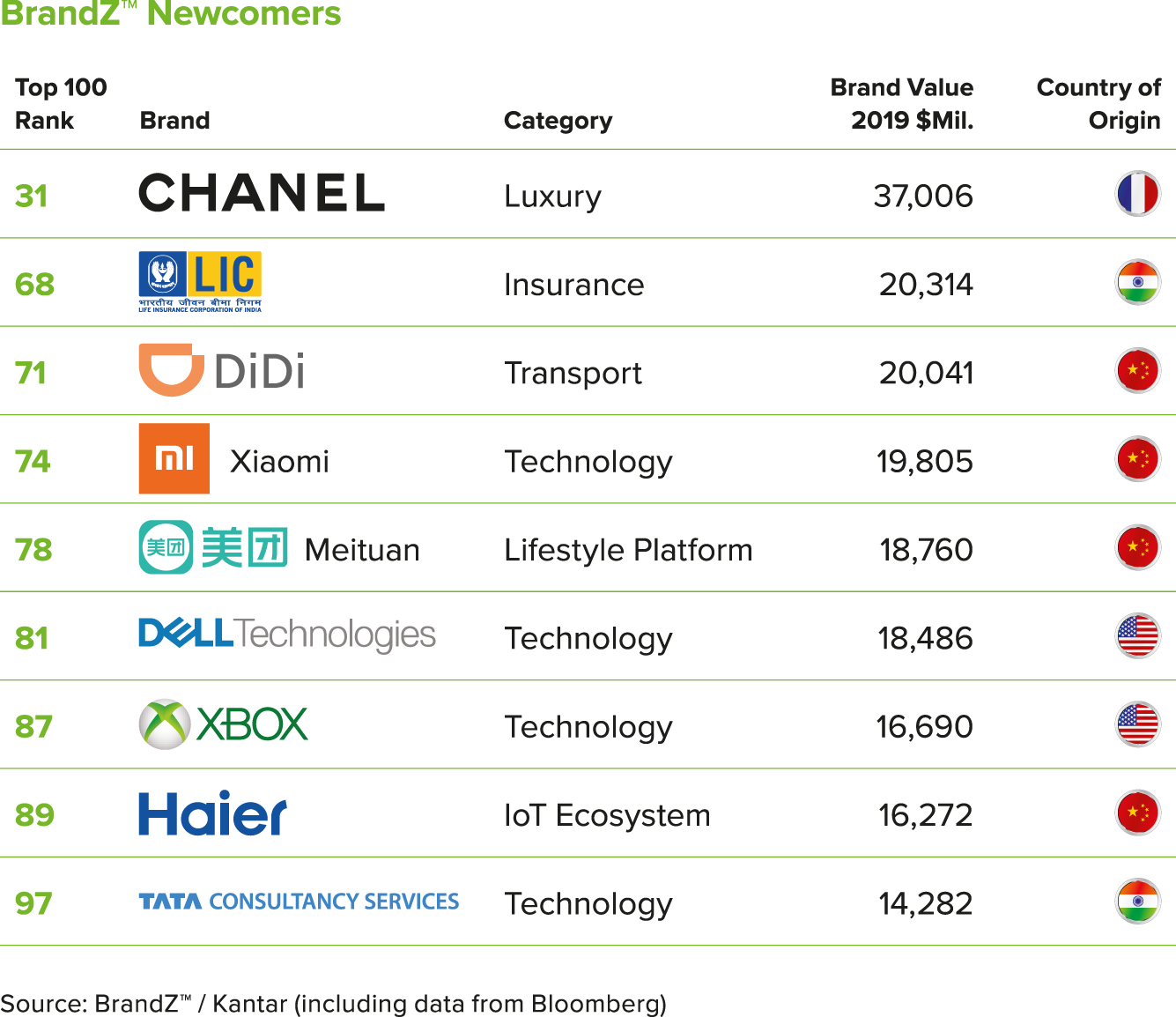