With a rise of 42 percent, Asia led the regions in value growth on the strength of China and technology. Eight of the Asia Top 10 brands are from China, and five of the Chinese brands are technology-related. A South Korean and a Japanese brand also appear in the ranking. 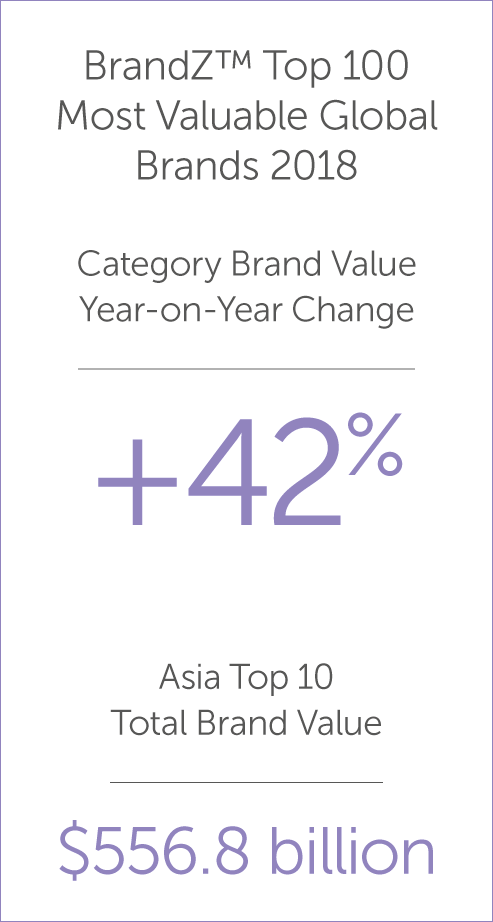 China’s most valuable brands—Tencent and Alibaba—help explain the strong rise of brand value in Asia. Each of these internet giants has developed its own ecosystem to serve consumer needs and influence how they shop and conduct other transactions. The brands increased in value year-on-year 92 percent and 65 percent.

Tencent brand, added new features to WeChat, its popular social media site with almost a billion Monthly Active Users. The brand extended its influence outside of China with its games and its purchase of a larger stake in Snap, owner of the messaging service Snapchat.

Online retailer Alibaba added physical locations to create a seamless shopping experience and gain a deeper understand of how people move along the path to purchase. On Single’s Day, a fall holiday Alibaba developed into a shopping day, Alibaba sold $25 billion of merchandise.

Baidu developed artificial intelligence enhancements for its core search business. Baidu also entered strategic collaborations with smartphone makers, including Huawei. Huawei, primarily a telecommunications network provider, expanded its 5G business outside of China, but met significant resistance in the US because of security concerns that Huawei is close to the Chinese government, which Huawei denies.

Huawei also expanded its smartphone business and is now the third-largest smartphone brand, in sales, after Apple and Samsung. Samsung, a South Korean brand, introduced its Galaxy S9, with augmented reality features, and a price to rival Apple’s iPhoneX. Samsung recorded strong profits based on the strength of its electronic components business because of heavy demand for memory chips.

Not all the highest value Chinese brands are in technology. They also include Moutai, a prestige baijiu, the traditional Chinese white alcohol, which increased 89 percent in value, having broadened its reach after government restrictions on official gifting—part of the anti-corruption campaign—hurt sales.

Two of China’s financial services brands—Ping An, the insurance brand and the bank ICBC—benefited from spending by China’s growing middle class and funding needs of government initiatives. Government initiatives to invest in 4G and lower the cost of data consumption impacted the profits of China Mobile, the world’s largest telecommunications company with 867 million subscribers.

Japan’s Toyota again led the BrandZ™ Cars Top 10 ranking. Its reputation for quality and reliability generated a high level of loyalty. And the brand’s Prius continued to dominate the hybrid market. 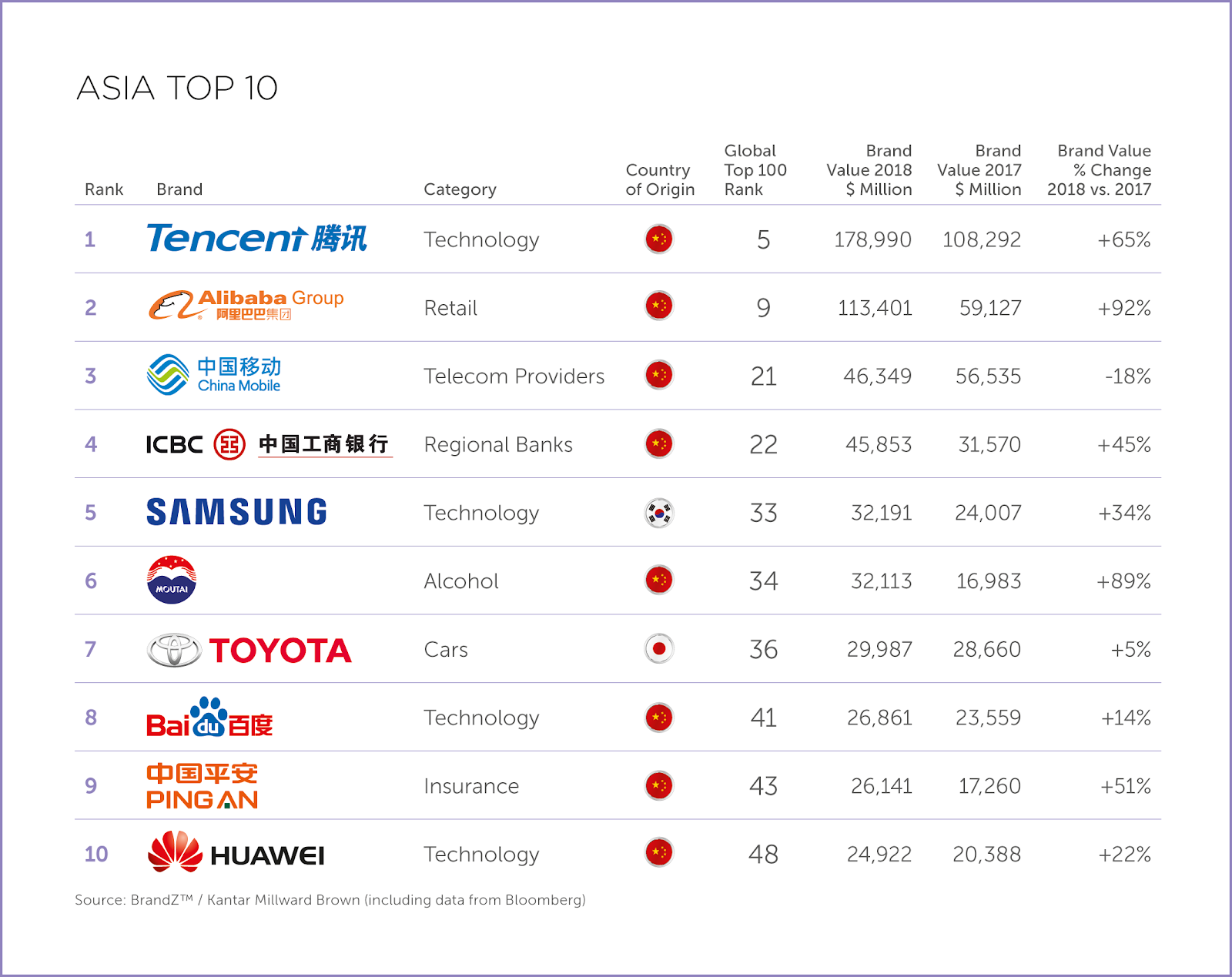