These conclusions are contained in Internet in India 2016, a report published by Kantar IMRB with the Internet and Mobile Association of India. Overall Internet penetration in India reached 31 percent, with 432 million users as of December 2016, according to the report. The impact of demonetization was expected to accelerate growth, the report said, estimating that total Indian internet users would reach 450 to 465 million during the first half of 2017.

These numbers are forecasts based on extensive research of urban and rural Indians who claimed they used the internet at some time. The numbers are indicative of digitization trends, but they do not represent active internet users, people who accessed the internet within the last 30 days. Kantar IMRB will release those numbers in fall 2017. In addition:

Infrastructure differences in part drive the differences in use. In general, urban Indians are always connected. Rural Indians connect selectively, because of less dependable service and to save money. Infrastructure improvements and wider use of digital devices for purposes other than entertainment should accelerate the growth of internet use.

The profile of urban and rural daily internet users is similar. In both instances about a quarter were young men and another quarter are college students. By gender, daily internet users are 60 percent male in urban India and 75 percent male in rural India. The larger presence of women on the internet in urban India results in part because urban women not in the workforce were more likely to use the internet than rural women in similar circumstances. 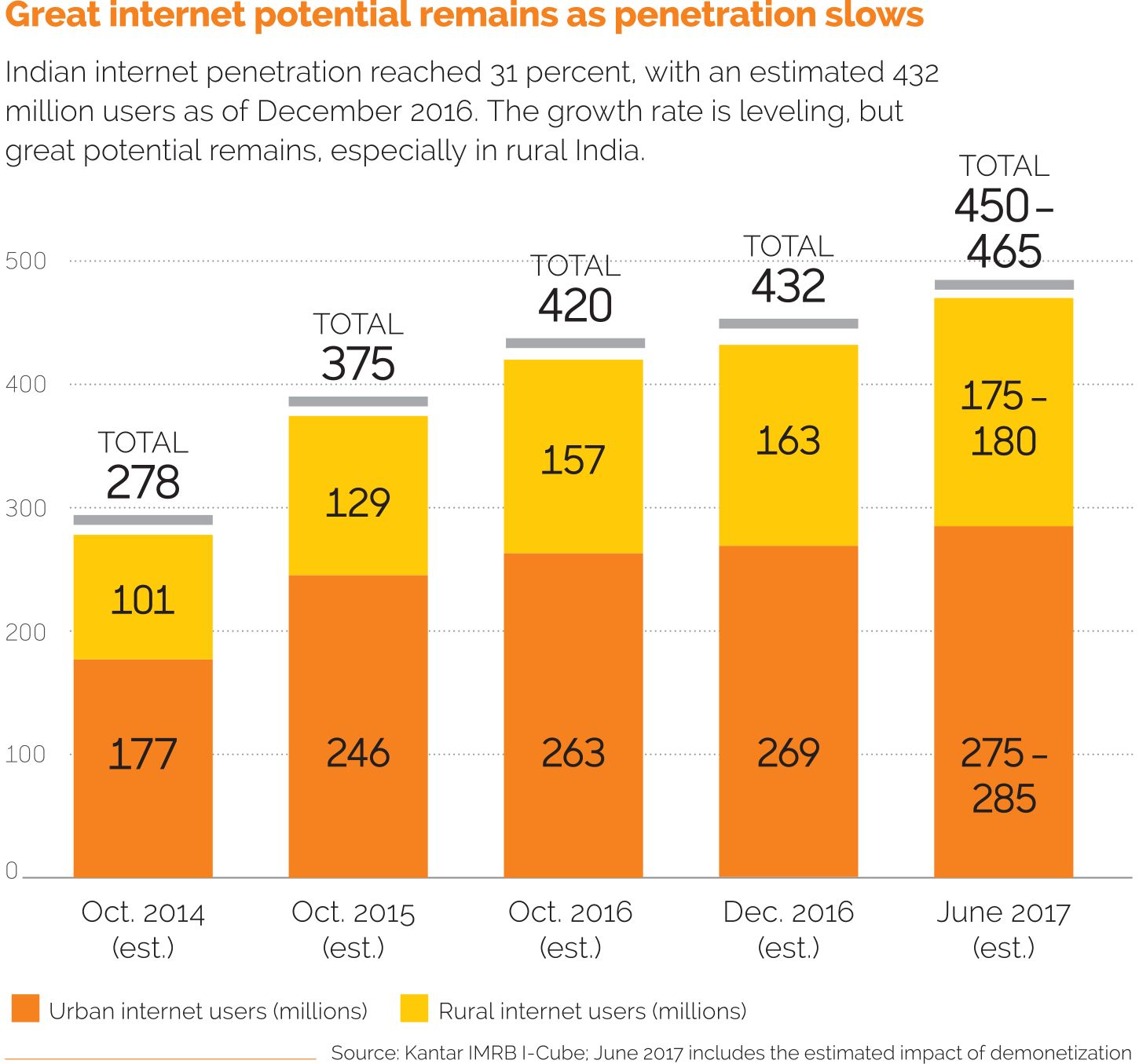