A stressed but vital media landscape

Released in February 2020, GroupM’s “This Year, Next Year” report offered a picture of India as one of the most robust media markets in the world. In 2019, a year in which overall global ad spend rose by 3.7 percent, Indian ad spend increased at more than double the global rate, rising by 9.0 percent over the year prior. This was enough to make India the fastest-growing major ad market in the world. Just as impressively, India achieved this feat while maintaining a more balanced array of advertising channels than was typical worldwide: In India, a growing internet advertising business could thrive alongside similarly robust print, TV, and radio businesses. 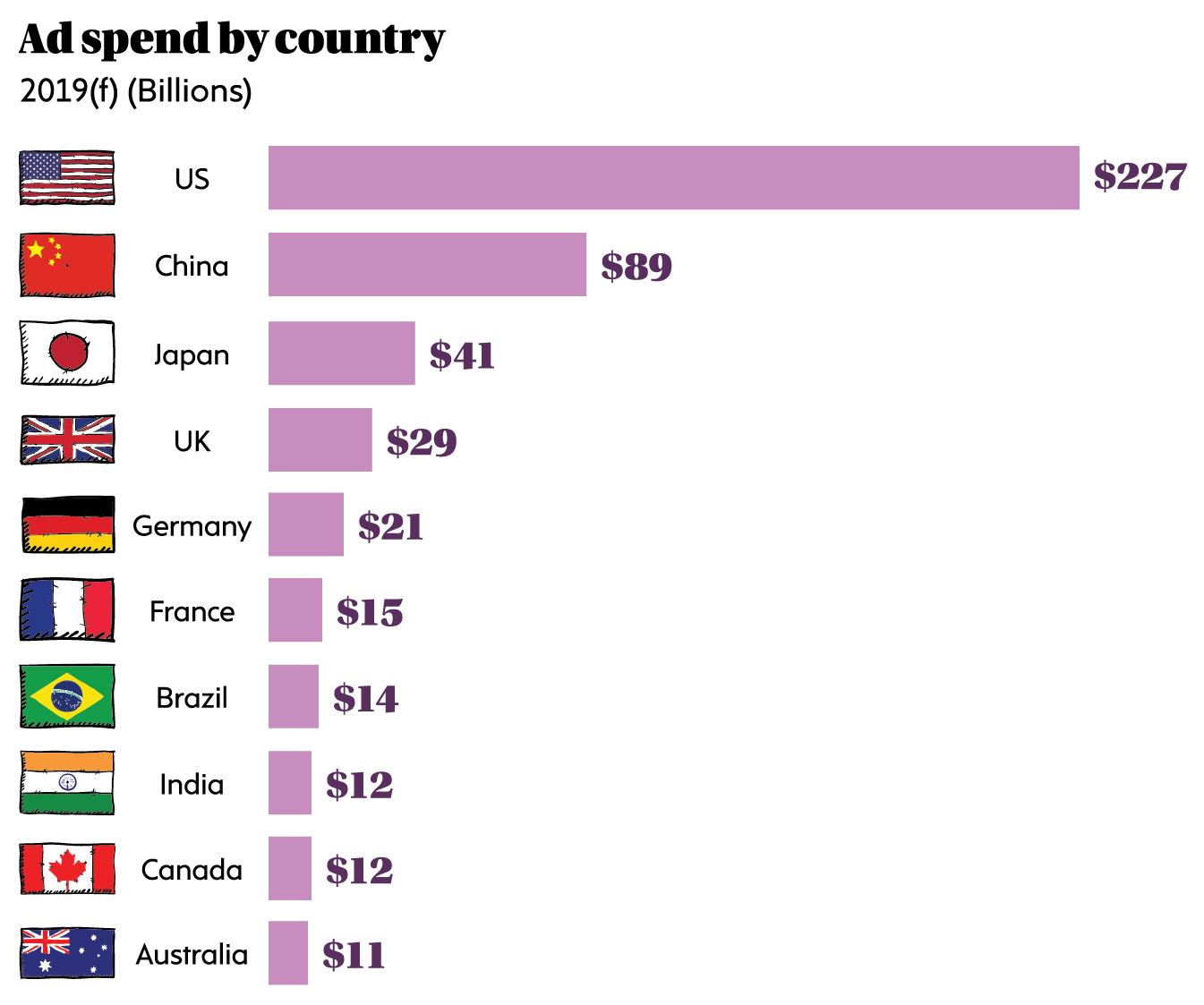 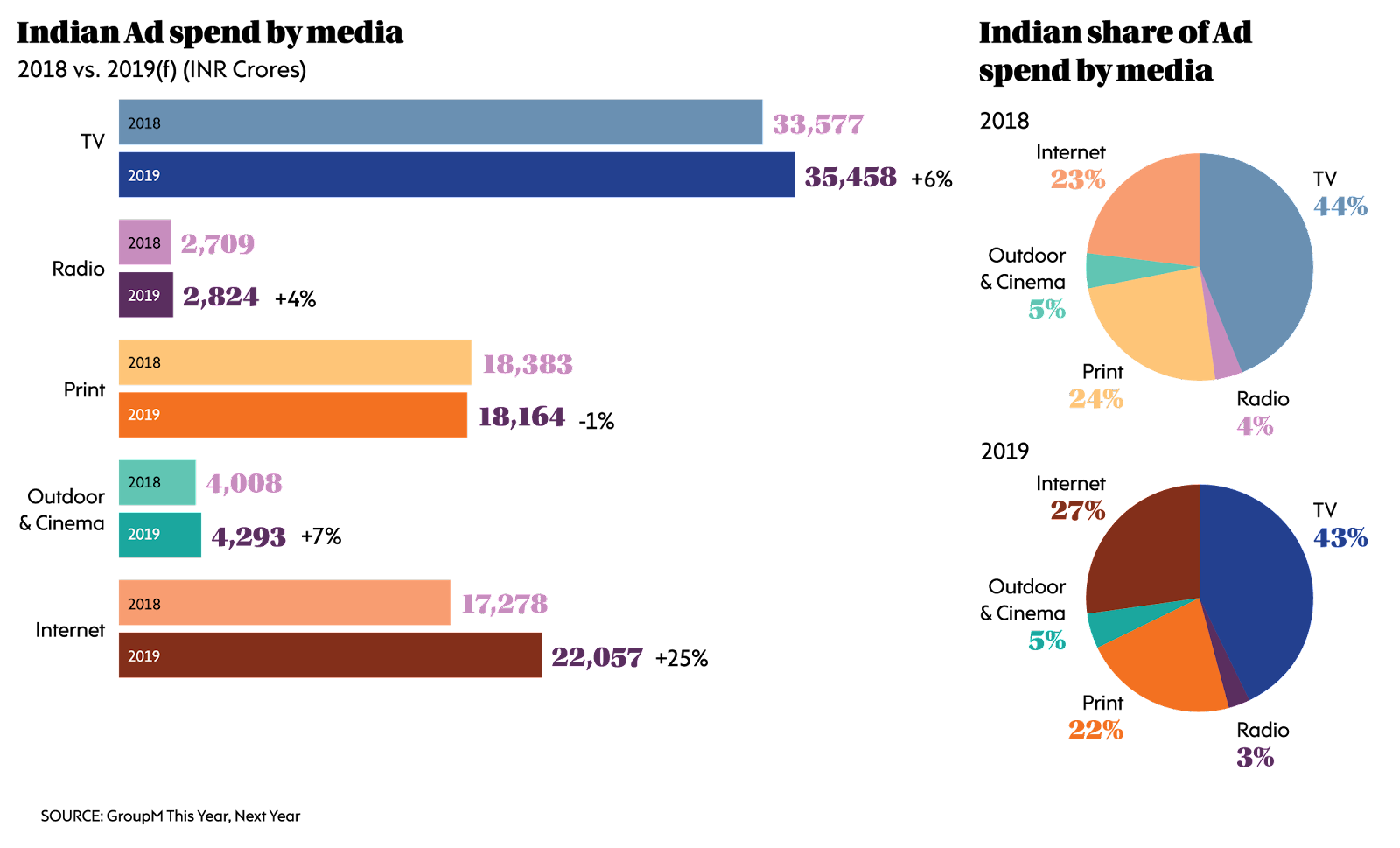 GroupM’s preliminary forecasts indicated that 2020 would be a similarly strong year, with India retaining its “fastest grower” title with a projected 10.7 percent rise in national ad spending, compared to a global ad spend rise of 5.1 percent. Internet media’s share of ad spend was expected to rise to 30 percent for the first time, behind only TV’s share at 42 percent. Advertising for auto, e-commerce & mobile handsets brands was expected to drive ad growth in 2020.

Obviously, we are now in a different world, and a different ad market. Revised 2020 figures for India were not yet available from GroupM at press time. But in its June 2020 global ad growth update, GroupM has already forecasted that global ad spend is now expected to fall by 11.8 percent in 2020. What’s more, when all is said and done, Indian ad spend “could decline by more than 20 percent this year”. In addition to an overall retrenchment of ad budgets in the months ahead, Print and Outdoor advertising face especially steep declines in expenditure.

All is not lost. As of now, the extent to which weak ad spending will continue over into 2021 is unclear. As GroupM put it in its June 2020 market update: “Expectations for 2021 diverge somewhat given a wide range of expectations and potential outcomes for different markets around the world next year. In some, the economic consequences of 2020 will outlast the discovery of a vaccine. In others, pent-up demand is expected to over-compensate for 2020’s losses. Overall, we expect global advertising to grow by 8.2 percent next year on an ex-U.S. political basis, or by 5.9 percent including it. The median market is expected to grow by 10 percent”.

In India, many of the fundamentals that made the country the fastest-growing major ad market in 2019 have not been altered by the pandemic. Among these are a vast rural and small-town population primed for upward advancement; a savvy population of shoppers; and India’s historically bustling cultural marketplace (this is a country of highly engaged readers, watchers, listeners, and now gamers).

At the same time that it released its February 2020 “This Year, Next Year” ad spend forecasts, GroupM proposed a set of India trend forecasts for the nascent 2020s. Many should still continue to shape India’s media and advertising ecosystem in the years ahead. They include:

- The rise of “social commerce”

- The growth of gaming and other “immersive experiences”

These trends – alongside the other growth areas identified by GroupM in this year’s analyses – could offer room for innovation and growth even during periods of temporarily constrained ad spend.