The most valuable brands, not just in Germany but around the world, are those that stand out from the crowd in a way that makes a positive difference to people’s lives. It’s really that simple, and we call it having Meaningful Difference.

The meaning of a brand can stem from a functional meaning – the brand does a good job of fulfilling a need consumers have, whether that’s for a reliable banking service, a safe and comfortable car, or a detergent that cleans their clothes. But to have longevity and lead a category, a brand must also have a layer of emotional meaning, which is what creates lasting affinity between consumer and brand.

Difference is what leads a consumer to interrupt their normal buying habits – to stop, and look at a product that catches their eye in a store or online. Or they pause to consider a brand that, in its communications, promises to do something that others in the category don’t. Given that purchase decisions are increasingly being made in seconds, or fractions of a second, that moment of being noticed can be crucial. Difference is a form of Meaning that other brands don’t have.

Highly Salient brands are the ones that spring to mind when a consumer thinks of a category or has a need, but they don’t just think of a famous name. They think of a name they believe will deliver Meaning and Difference.

The Top 10 German brands this year have a 23 point advantage over the bottom 10 on the BrandZ measure of being Meaningful. They are also 28 percent more Different, and 53 percent more Salient.

The most Meaningful brand in the German Top 50 this year is the drugstore chain dm, which has a Meaningful index score of 200. Lufthansa and DHL are the next-best performers on Meaning.

Deutsche Telekom is the most Different brand in the ranking, scoring 189 on Difference, massively more than the average German brand. Porsche and SAP are in second and third place on the Difference scale.

DHL is the most Salient brand in the ranking, with an index score of 242 compared to an average among all German brands of 100, followed by Sparkasse and adidas.

The fastest-growing brands in the German Top 50 this year also shine on the key attributes of Meaning, Difference and Salience. 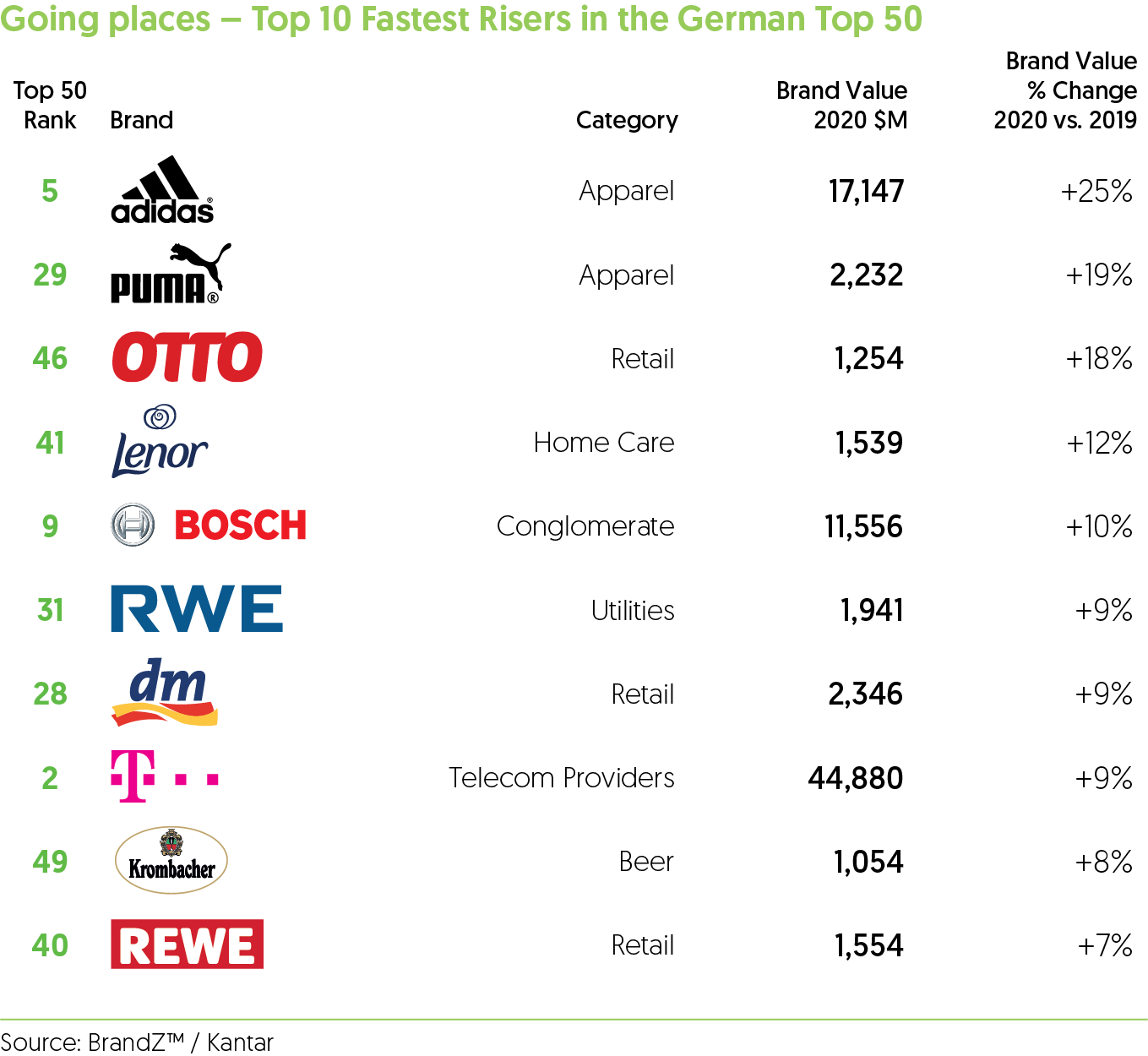 The 10 fastest-rising brands in the 2020 ranking are from seven different categories. They sell everything from sports shoes to laundry detergent, fridges and beer. What they have in common is an outstanding performance on Meaning, Difference and Salience. 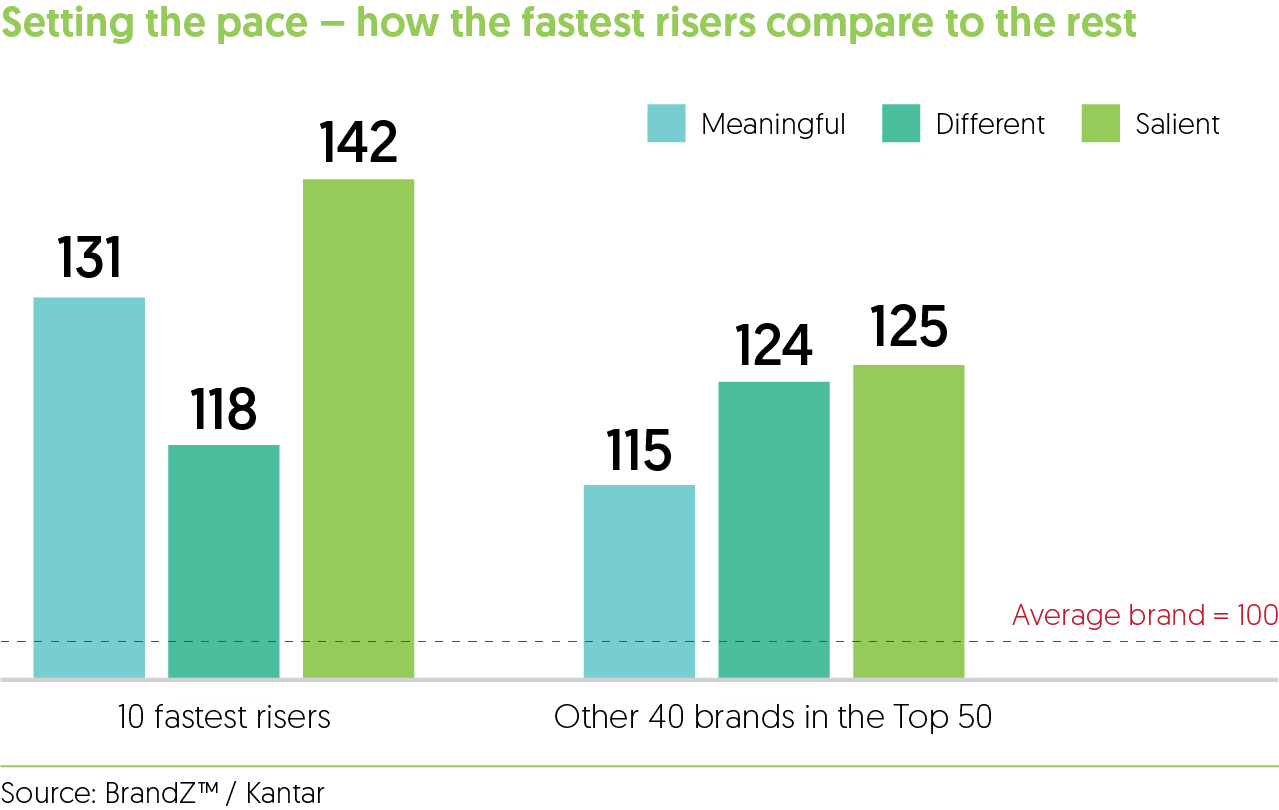 Dressed for success – spotlight on adidas

The brand value of adidas shot up by 25 percent this year, to over $17.1 billion, making it the fastest-growing brand in the German Top 50. It is 52 percent more Meaningful than the average German brand, and 28 percent more Different. Its Meaningful Difference stems from its rich heritage in sports and casual clothing and footwear, in combination with a continuously changing range of new and innovative products, often with an environmental benefit. The brand generates 95 percent of its exposure from international markets and, given the global appetite for casual athletics apparel and retro sports footwear, this is a contributing factor in its success this year. Under CEO Kasper Rorsted, who took the helm in 2016, adidas has focused on becoming a fashion brand. It has been doubling down on the popularity of its Originals and other lifestyle products, which have been growing at around triple the pace of performance sportswear.