An increase of 47 percent in value made alcohol one of the fastest growing categories in the 2019 BrandZ™ China Top 100 report. The growth followed 37 percent and 24 percent improvements in the two prior years. Although sales volume remained relatively flat, sales value grew because of the premiumization trend that crosses most categories in China.

With 10 brands of baijiu, beer, and wine included in the China Top 100, alcohol is among the most represented categories in the ranking. Five the Top 20 Risers, brands that appreciated the most in value year-on-year, are brands of Baijiu, the traditional Chinese white alcohol. The Top Risers are Wu Liang Ye, Moutai, Yanghe, National Cellar 1573, and Gujing Gong Jiu. A sixth Chinese alcohol brand, Snow Beer, also appears in the Top Riser ranking.

Moutai also continued to expand its online distribution into lower tier cities, and it worked with a blockchain specialist to guard against counterfeiting. Moutai rose to No. 5 in the BrandZ™ Top 100, not long after its corporate parent surpassed Diageo in market capitalization, making it the world’s most valuable alcohol company

The deal also potentially enables Snow to export abroad using Heineken’s distribution network. China Resources acquired Snow from SAB Miller, which divested the brand to clear the way for its merger with AB Inbev. The collaboration between Snow and Heineken should help strengthen Heineken’s position in China against the other international competitors, AB InBev and Carlsberg.

Snow introduced new packaging and promoted new brewing technology. It launched a variant called Super X to reach younger drinkers. To support the variant, Snow Beer turned to a new spokesman, sponsorship of popular TV shows, and association with the FIFA World Cup. Among Snow Beer competitors are Tsingtao Beer and Harbin Beer, which is owned by AB InBev and also associated with the FIFA World Cup.

Occasions are important to beer marketing in China. Harbin, in particular, targets meal occasions. The major beer brands in China also compete with many local brands and they compete with wine for meal occasions. Wines, such as the ChangYu brand, are growing in popularity in part because they are perceived as healthy and fit with the wellness trend.

ChangYu acquired a majority stake in Kilikanoon Wines, from Australia, as part of its strategic effort to gain expertise and diversify its offering. The Australian brand produces some high-end wines that complement other ChangYu’s global acquisitions of mid-tier products from older wine growing traditions in France, Spain, and Chile. 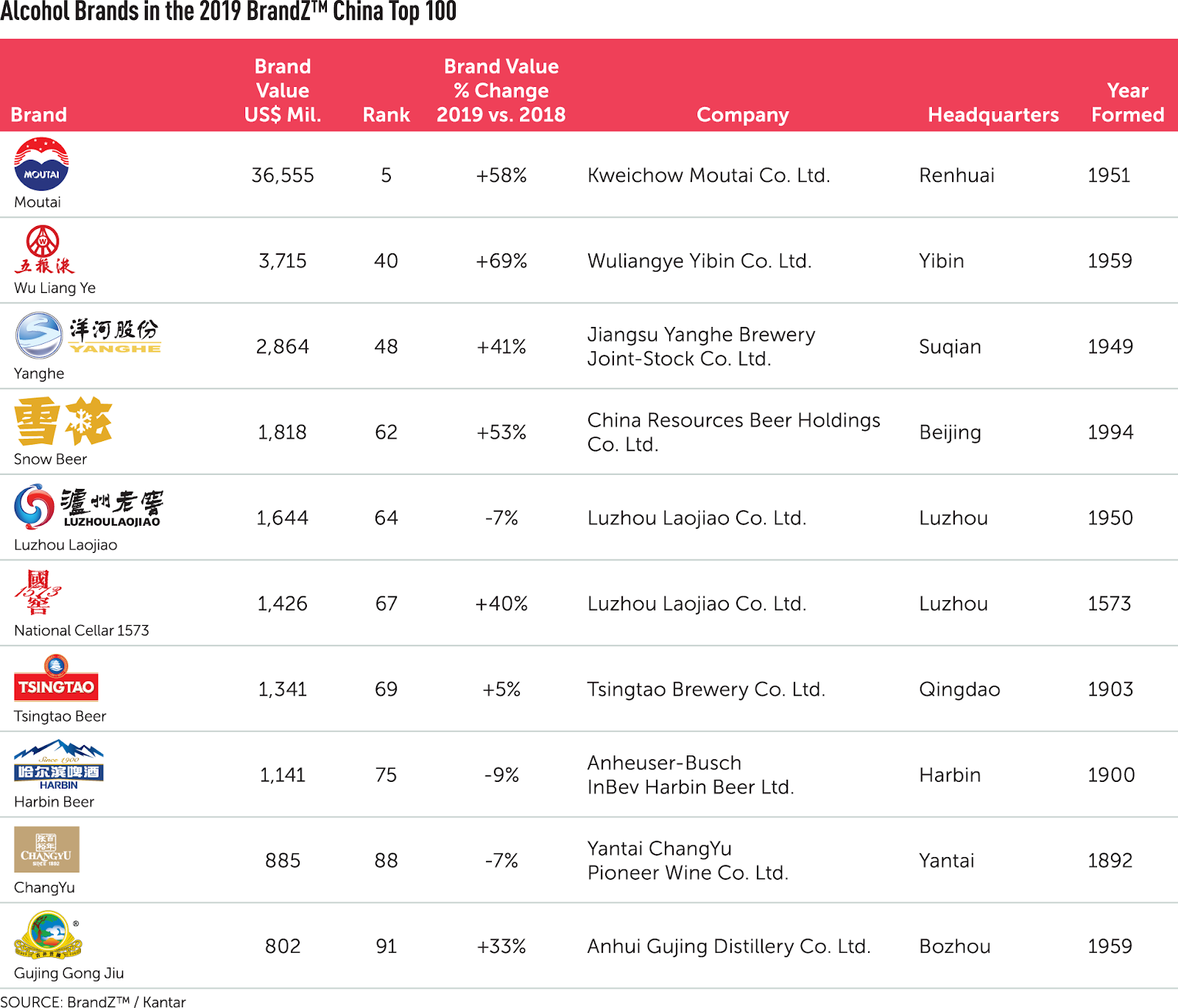 Alcohol category dynamics in China increasingly resembles the dynamics in other country markets. Chinese alcohol brands—baijiu, wine, and beer—are aggressively looking for ways to expand market share. To reach younger drinkers, the baijiu brands, often premium-priced, are adding packaging, taste variants, and new distribution channels. Meanwhile, influenced by the giant international brewers in China, the beer brands are introducing more premium products. As in other countries, beer and wine are competing for meal occasions. With a lot of room for growth, wine offerings are expanding and becoming more sophisticated.