Baijiu sales have ratcheted upward for several years, since the government’s limits on official gift giving slowed the growth of Baijiu luxury brands. Sales surged because consumers spent more on premium drinks and private entertaining, and brands implemented initiatives to expand the market for baijiu.

Based on the prestige of the brand and relative scarcity of the product, revenue of Kweichow Moutai Company Ltd. increased almost 60 percent during the first three quarters of 2017, and its share price reached a record high. That increase elevated Kweichow Moutai Company Ltd. to the world’s highest-valued liquor company, ahead of Diageo, the UK-based maker of brands such as Johnny Walker.

While the Moutai brand’s performance was impressive, it was not unique. Shares of other baijiu brands, including Yanghe, Luzhou Laojiao and Wu Liang Ye also increased. Yanghe expanded its e-commerce activity, and experienced strong sales for one of its more moderately priced sub-brands. Wu Liang Ye continued to develop wider distribution over the internet, and in more physical locations, through partnerships with organizations like Alibaba and mass merchant Suning.

Luzhou Laojiao participated in many events and commanded a premium price. Riding the premiumization trend, it successfully marketed its up-scale National Cellar 1573 brand, which entered the BrandZ™ China Top 100 for the first time. Guijing Gongjiu added new variations with healthy ingredients to appeal to younger and more health-conscious drinkers. And the brand expanded abroad, entering central and eastern Europe.

Domestic beer production rose less than 1 percent during the first half of 2017, according to the National Bureau of Statistics. Beer was one of four food and beverage categories in which foreign brands gained share, according to Kantar Worldpanel. Out-of-home beer consumption was especially strong, reflecting the increase in discretionary spending in restaurants, bars, and sporting events.

However, beer sales value increased because, although Chinese are consuming less beer, they are moving toward the premium end of the market, and paying more for the beer they drink. Increased interest in health and wellness also impacted beer consumption. And Chinese brands felt the growing interest in craft beers, especially among young people, as a global trend impacts the Chinese market.

Responding to competition from international imports, Tsingtao improved packaging and offered specialty beers, such as its Classic 1903 Weissbier. Its e-commerce app “Tsingtao Quick-Buy” was available in over 50 cities. Consistent with China’s Belt and Road strategy, Tsingtao explored overseas opportunities and expanded overseas sales volume 14 percent, year-on-year, for the first half of 2017, with a presence in 100 countries.

A wheat beer introduced by Harbin, Harbin Baipi, grew rapidly, based on popularity with women drinkers and the drink’s easy pairing with food. Owned by AB In-Bev, Harbin sponsored an e-Sports league in Shanghai. E-sports is a growing phenomenon where spectators gather to watch competition between expert gamers.

Along with global consumer trends, business developments also touch the Chinese market. When it combined with AB InBev, SAB Miller divested its holdings in China Resources Snow Breweries. Also, shares of Tsingtao rose on the news that the Japanese Asahi Group planned to sell at least part of its stake in the Chinese brands.

China ranked No. 7 in wine production worldwide, above South Africa and below Argentina, according to the 2017 projections of the Organisation Internationale de la Vigne et du Vin (OIV). But the government’s anti-corruption campaign also slowed the expansion of China’s wine business.

At the same time, Chinese consumers have developed a greater appreciation for wine and turned increasingly to imported labels. Anticipating future demand, market leader ChangYu and other Chinese wine producers are acquiring vineyards abroad in wine-producing countries, including France, Spain, Chile, and Argentina.

And in a monumental project aimed at building brand awareness and educating consumers, ChangYu is about to open its 1,000-acre estate with a European-style chateau, and wine research center. China’s oldest wine producer, ChangYu has become one of the world’s largest wine brands, because of the size of the domestic China market, but also because of the brand’s growing export success. 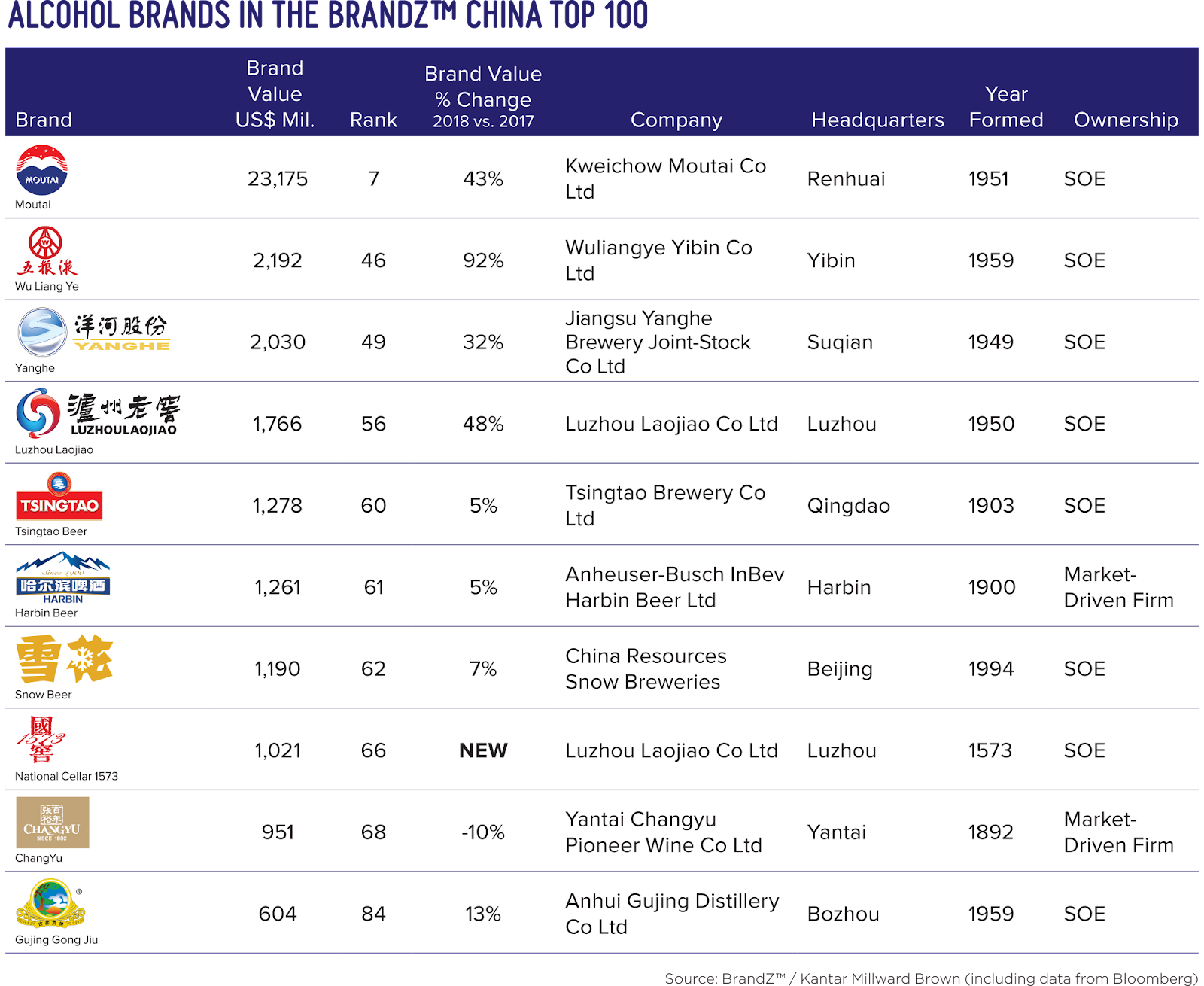