The alcohol category increased 45 percent in brand value on top of a 47 percent increase a year ago. Although sales of beer were relatively flat, premiumization drove revenue, wine continued to increase in popularity, and baijiu maintained its importance as a traditional Chinese drink for special occasions and gifting.

Category value increased, although the COVID-19 lockdown happened during one of the country’s

most important occasions for drinking and gifting alcohol, Chinese New Year, when people socialize with family and friends and celebrate with baijiu and other alcoholic beverages. Restaurants, bars, and other public venues where alcohol is consumed closed to prevent spread of the coronavirus.

Prior to the pandemic, the baijiu brands expanded their distribution channels to raise demand among China’s middle class. To broaden the appeal of baijiu, especially among young male drinkers, some baijiu brands introduced smaller bottles and promoted baijiu consumption for more occasions, even barbeques. Moutai, a premium baijiu brand, increased direct

sales to supermarkets. The US warehouse store retailer Costco promoted Moutai to drive traffic at the opening of its first China store, in Shanghai.

Across the alcohol category, innovation in the form of new flavors, packaging, or brands was key to driving growth. Beer brands added new drinking occasions and also identified moments within occasions, which potentially enabled brands to communicate with more clarity and specificity.

Partly because of the rise in home consumption, brands were active on e-commerce, a growing beer distribution channel in China, particularly for premium brands., The major brands operated flagship stores on Alibaba’s Tmall and other e-commerce sites, both to drive volume and build brand equity.

Among the drivers of beer e-commerce sales is the growth in home consumption. The ability to order a beer online for immediate delivery—by Ele.me, Meituan, or another delivery service—is specific to China’s highly evolved O2O culture.

Tsingtao Beer, which is locally owned, enjoyed success outside of China by emphasizing its provenance and positioning as the drink to pair with Chinese food. Meanwhile, global beer category leaders and Heineken continued to develop their portfolios of both Chinese and global brands.

AB InBev promoted Budweiser as premium, and Corona, Stella Artois, and Hoegaarden as super premium brands. It positioned Budweiser as an aspirational, high energy drink for parties. Offered in a tall glass container that resembles a wine bottle, Budweiser Supreme is positioned for food occasions. Among its local beers, AB InBev markets Harbin and Sedrin. In an IPO of its Asian business AB InBev raised funds that could be used for future acquisitions.

Heineken’s ownership of a major stake in Snow Beer—in partnership with the Chinese firm China Resources Beer Holdings Co Ltd.—positioned Snow Beer to push into the premium end of the market and provided Heineken with wider distribution. Premiumization also characterized the wine business in China, with more premium Chinese brand wines being developed, including by ChangYu, China’s oldest wine brand. 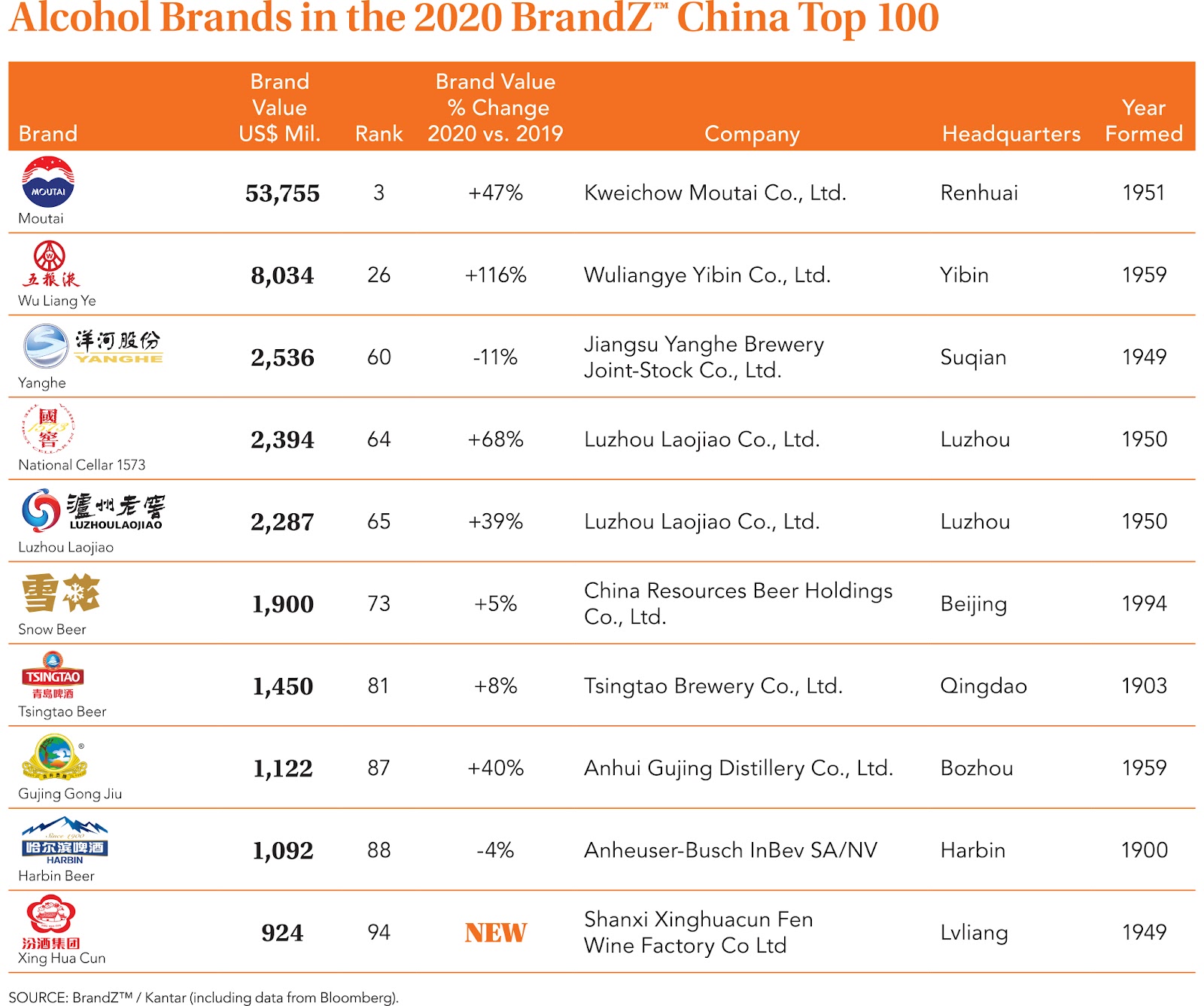