li:before{content:"o "}ul.lst-kix_list_1-0{list-style-type:none}.lst-kix_list_2- BrandZ is the world's largest brand equity database. Created in 1998 and continually updated. BrandZ is an invaluable resource, containing data on brands gathered from interviews with over 150,000 people every year in up to 400 studies around the world"> brandZ | Report - South Africa
We’ve stopped what we are doing and creating your personalized BrandZ™ report, which will appear in your inbox soon.

DStv now knows that a digital future is inevitable and has its eye firmly on Netflix. However, another competitor looms and lurks in the background. I have keenly watched my eight year old son over the last year, observing his viewing habits for clues as to what the future may look like. After all, in 10 years he will be the market.

What I learnt has been a real eye opener and has convinced me of the magnitude of the change that is about to hit our world. We are, after all, an industry of people mostly trained to deal with linear TV . We continue to think either that TV will be stable or that streaming networks will own the future, yet we forget to focus on a growing giant that lies dormant on our doorstep.

Before I get into the details of my finding I must first state that my son is the perfect candidate to view the world of media through. He has access to DStv Catch Up, Netflix, Showmax and Amazon (what can I say, I am a Top Gear junkie). The amazing part is that with so much choice, he watches none of the above. Instead, he spends his entire day glued to a number of devices watching YouTube.

Yes, that’s right, at the tender age of eight my son has mastered the techniques necessary to navigate YouTube as his main source of entertainment. Just before you think that this is unique to him, let me inform you that this is a common language that he speaks with his friends as they chat casually at break time about various channels they follow and the owners of these channels. It’s just like we used to exchange soccer player cards when I was at school.

Most of us see YouTube as a discovery channel where we go with a specific query, which has limited our integration with the channel. The next generation sees YouTube as a channel for entertainment first and then as the land of how-to videos. My son’s favourite channel is Dan TDM. How do I know this? Because my evenings are filled with the updates of what the latest post contained. Dan is a bit of a sage in terms of how to play and do well on Fortnite and Minecraft, which my son adores and plays when he is not busy worshiping Dan. Dan has 21 million subscribers and some of his videos have enjoyed more than 4 million views. He was even featured in Wreck It Ralph 2. Of course, and here is where YouTube upstages any streaming network, Dan’s content costs YouTube nothing to produce. This is the genius of YouTube, it fields a variety of interesting content for which it pays nothing. The content producer decides how much they are willing to pay to produce the content and stands to make good money provided they can keep the subscriber numbers high.

It’s also worth noting that in some advanced countries, YouTube has long been the platform of choice for younger people. In the US, for example, half of the people under age 49 do not pay for network television, but 90 percent watch YouTube.

YouTube has crept in slowly in SA as well without us noticing. If we take the focus off my son for a second, local soapies are the most watched content on YouTube across all ages and markets. This means they already have millions of viewers waiting for affordable access to the Internet. Therefore, our industry needs to start seeing YouTube as more than just a niche fascination or a space with unlimited how-to videos but the future of prime-time entertainment. All strategists, planners and buyers need to understand how this platform operates and how various audiences interact with it. 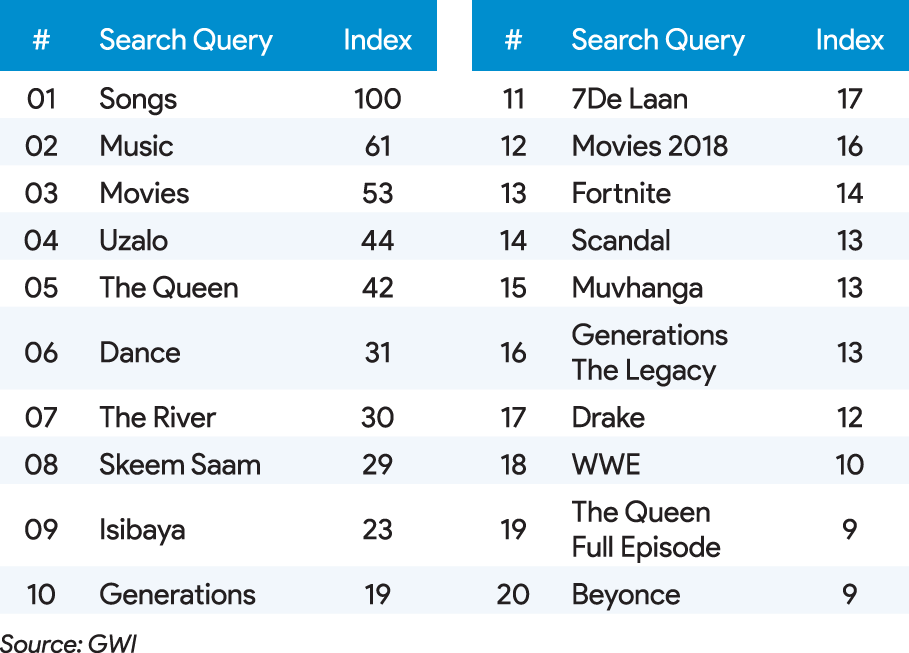 In other words, the network of the future may not be exactly what you expect. As my son and others age into buying demographics, they’ll likely take their favorite video platform with them. And right now, the clear winner of their hearts and minds is YouTube.

Decoding the DNA of business growth