Bold colors and designs signaled respect for diversity and also expressed a need for fantasy and escapism as a counterpoint to the sobering state of global geopolitics. Sales in developing markets, in Asia and elsewhere, outpaced sales in established markets. Sportswear and fast fashion again drove the value growth of the apparel category, which increased 5 percent, after a 7 percent decline a year ago.

Brands sought inspiration from their archives and the designs that made them popular originally. Nostalgia for the decade of 1990s continued to influence style and result in more licensing agreements. In an unusual inversion of trends, some of the fast fashion brands adopted a luxury category practice and introduced premium collections with longer shelf life.

Some of the mass apparel brands also expanded their design teams to develop original designs. These initiatives responded to the “see now, buy now” trend in luxury, which reduces the time between runway introduction and in-store availability, making it more difficult for mass brands to copy or preempt luxury. In addition, the mass fashion brands added more sub-brands at a time when luxury is rationalizing its fashion brands.

Fast fashion brands, which have depended on innovative technology and logistics for rapid product design, fabrication, and distribution, increasingly used data from social media to produce apparel influenced by consumer recommendations. Brands created capsule collections in collaboration with bloggers or other influencers. 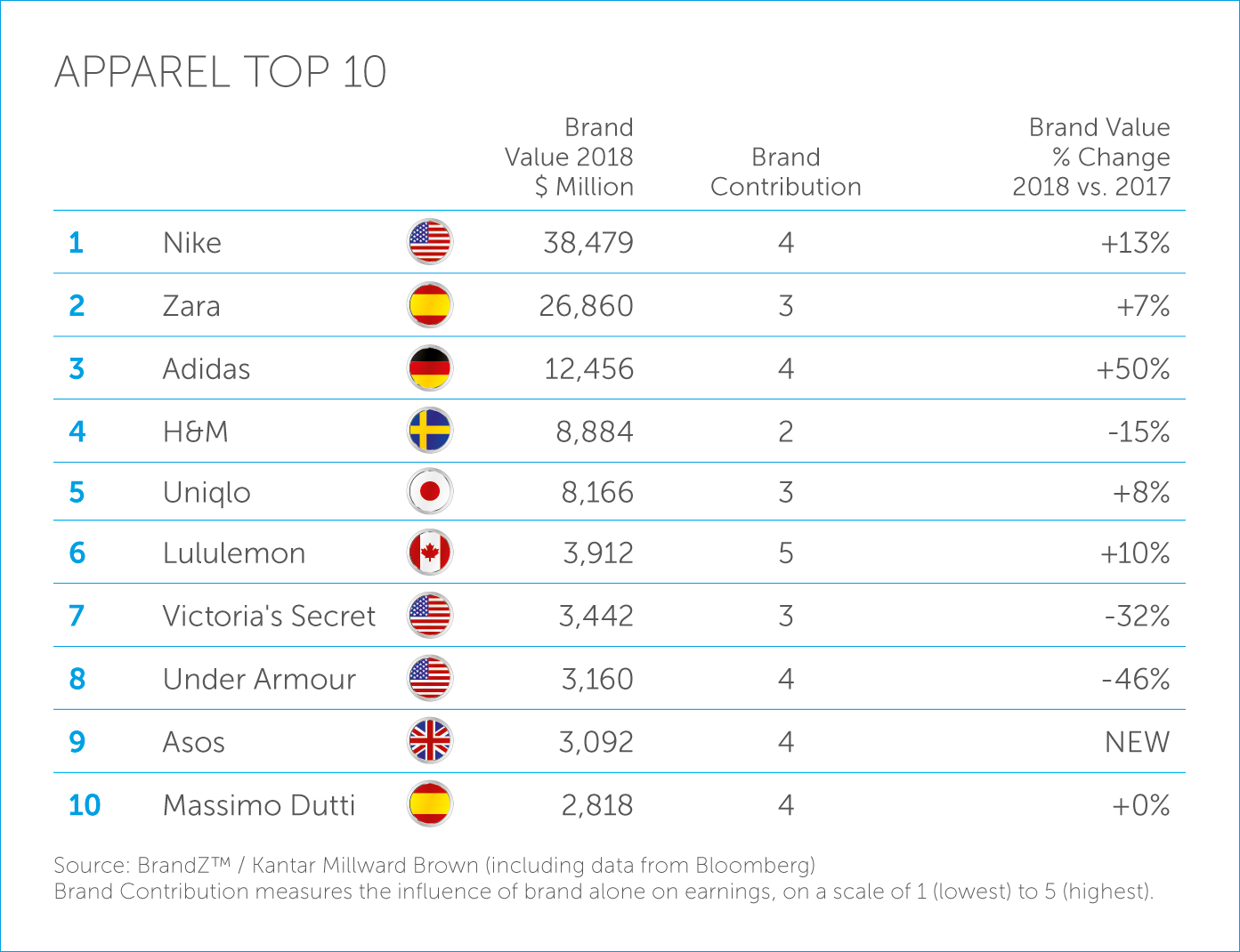 Adidas led the apparel category in value growth, rising 50 percent primarily because its image as an on-trend streetwear brand was closely aligned with fashion preferences. In addition, Adidas excelled at mass premiumization. The brand also connected with consumer values and sold around a million pairs of shoes made from plastic reclaimed from the ocean.

New channels, competition
As the apparel brands attempted to be on trend, on time, and more personalized, they faced new competition. The low barrier to entry of e-commerce resulted in a proliferation of Asian brands, often from China, that not only competed on price, but also benefited from the interest in Asian culture and fashion.

These brands often existed on social media sites, such as Instagram or Facebook, sometimes with purchasing links to Amazon closing the social commerce loop. Being seen on Amazon conferred legitimacy. In addition, Amazon has become an important destination for apparel shopping in the US and offers its own private label brands, an influence that likely will spread to other markets.

Consumer ease with online shopping also drove the rise of sites like UK-based Asos, an e-commerce online-only apparel brand that appears for the first time in the BrandZ Top 100 Most Valuable Global Brands. And in an expression of the sharing economy, brands also faced challenges from rental sites similar to luxury’s Rent-a-Runway.

Fierce competition, including Amazon private label, impacted Victoria Secret as the brand attempted to revise its range and adjust to womens’ changing attitudes about sexuality, identity, and apparel comfort. H&M closed many existing stores and slowed the opening of new locations as it focused more on perfecting its e-commerce presence.

H&M continued to manage a portfolio of brands, some more premium than the parent brand, and each centered about a slightly different aesthetic. Cheap Monday emphasizes fashion as fun, for example, while &Other Stories presents a more premium offering. H&M announced the launch of an outlet brand called Afound. Also shifting attention to e-commerce, Zara announced it would slow the growth of its regular stores but develop flagship locations. Zara sister brand Massimo Dutti planned the same approach.

Apparel and technology
Zara planned to launch an AR app that shoppers in 120 flagship stores could activate on their smartphones, enabling them to see certain fashions being modeled. The app included a click to purchase function. Zara also experimented with making fast fashion even faster. Using RIFD technology in a London pop-up click-and-collect store, customers could view items in a special mirror and order them for rapid delivery to the store.

Nike, which continued to lead the BrandZ apparel ranking, expanded the use of its Flyknit technology—a flexible fabric used for shoe uppers—to other apparel, starting with a sportsbra. Nike also experimented with an in-store augmented reality (AR) system called The Nike Makers’ Experience that enables customers to custom-design sneakers. In an example of wearable technology, Adidas introduced a sneaker embedded with a chip that was readable at public transportation turnstiles in Berlin.

Known for the technology used in its Lifewear clothing, Uniqlo embarked on an effort to digitally integrate its online and physical stores, in part to increase its e-commerce business. In another effort to build sales with greater accessibility, Uniqlo planned to place vending machines, stocked with basic clothing items, at mall and airport locations in the US. The focus on technology and apparel basics helped differentiate the brand from other fast fashion competitors.

Lululemon, also known for the fabric technology used in its athletic clothing, focused on improving the gathering and analysis of data to develop customer communities and improve the consumer experience on its website and app. With several acquisitions, athletic apparel brand Under Armour continued its transition to becoming a digital health and fitness community. The customer data will inform product development. Meanwhile, sales in the US slackened, although they continued to grow elsewhere. 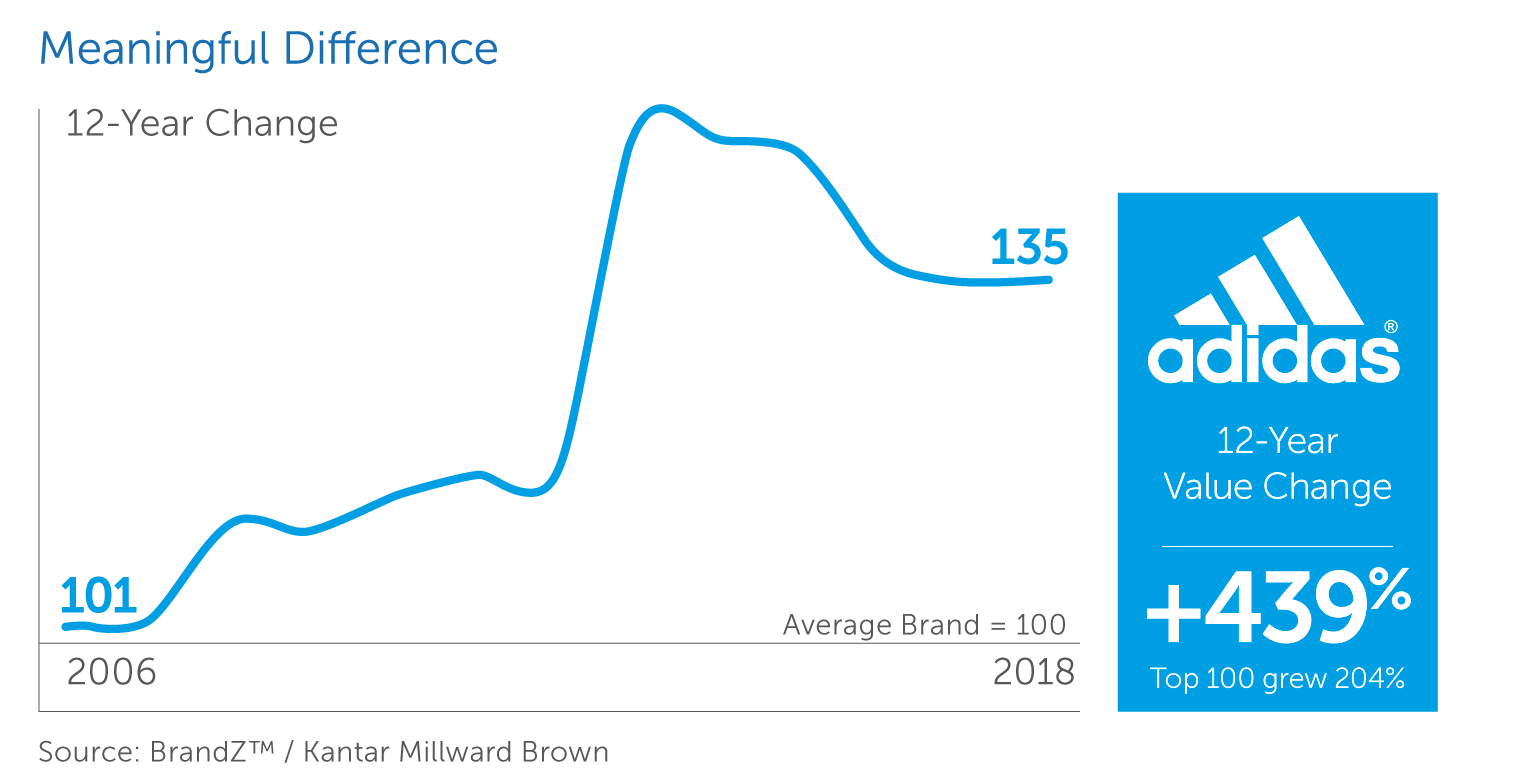