Banks dominate both the Australian business landscape and the BrandZ ranking. Seven banking brands make the 2019 Top 40, and they account for five of the Top 10 places. So, when big banks take a hit, both financially and reputationally, the total value of Australia’s leading brands also takes a pounding.

The banks account for almost half of the Top 40’s value (47 percent), and between them they have lost almost US$6 billion in brand value in the past 12 months. The industry’s “Big Four” – Commonwealth Bank, National Australia Bank, Westpac and ANZ – have lost the most brand value. 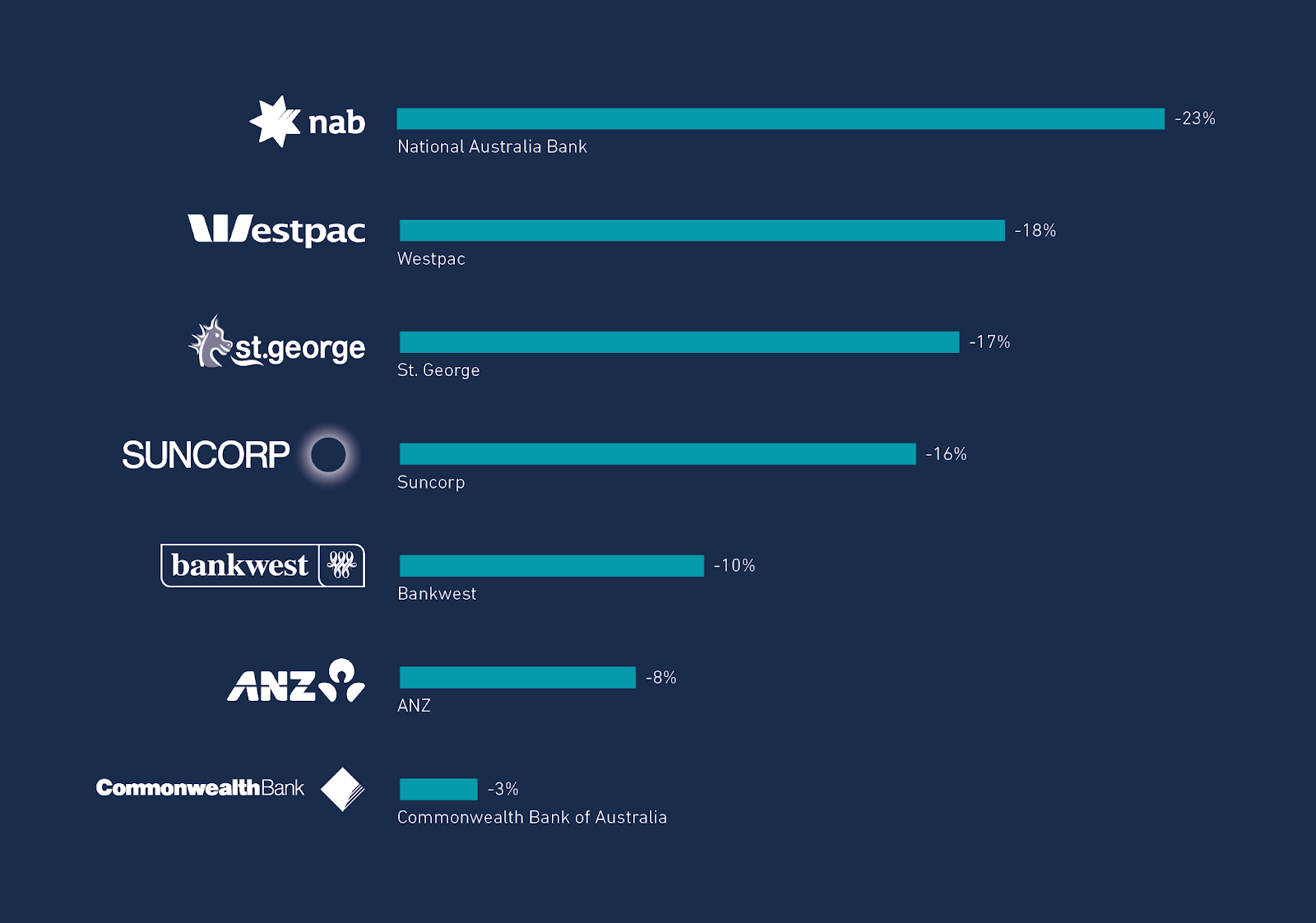 Australian banks have a serious image problem. They’re seen as lacking in dynamism and uniqueness. Essentially, the feeling is that while everyone needs to have a bank, there’s little to pick between them. Even worse than that, the recent royal commission has highlighted a deep level of dislike for the sector. 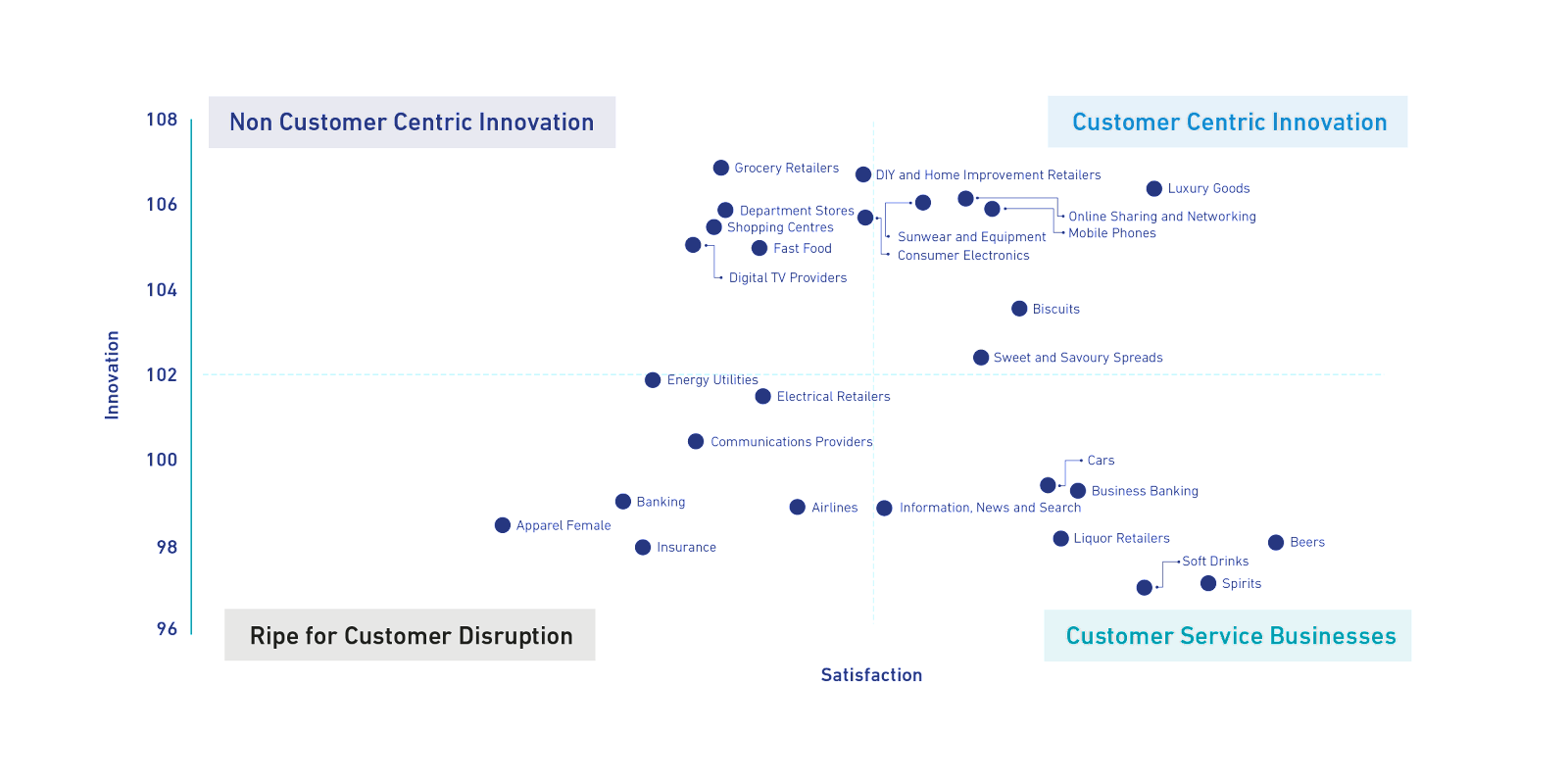 BrandZ research shows banks are perceived as being dishonest, uncaring and arrogant. They are significantly less trusted than the average for all brands in Australia (rating 94 on trust compared to the 100 average). Consumers rarely associate more positive personality traits, such as “fun”, “playful”, “brave” or “generous”, with the banking sector.

This is not a problem unique to Australian banks; banks in other countries rarely inspire consumer excitement. The depth of distrust is, however, a distinctly Australian problem, and one that has been festering for some years. In 2010, trust in banks was on a par with the average for businesses in all categories, but it has been steadily declining since then, and is now at an all-time low – not unsurprising in light of testimony to the banking Royal Commission.

Investment in brand provides a buffer

If there is some good news to be found here, it is this: the strongest and most valuable brands suffer least when a whole category is affected by adverse market conditions.

The two big banks that score best among banks for both trust and Meaningful Difference – Commonwealth Bank and ANZ – have experienced the smallest percentage declines in brand value. They have still been affected; Commonwealth Bank’s brand value is 3 percent down on last year and ANZ’s is down 8 percent, but these results look relatively positive next to Westpac’s 18 percent decline and the 23 percent drop for National Australia Bank.

Road to Recovery – how to rebuild consumer confidence

This is a vulnerable time for established banking brands. Consumers take a fairly dim view of most of the industry’s big names, giving smaller and newer rivals chance to grab market share by offering something different.

ING, for instance has been advertising itself as “How banking can be”, with services such as “Everyday roundup”, helping people turn change from small purchases into a large savings pot, and offering protection for online shoppers buying from overseas websites.

Bendigo Bank has been promoting itself as “The better big bank”, pointing out its position as number five in the country and describing itself as snapping at the heels of its bigger rivals. Its advertising tells consumers: “Tired of the big four? Take five.” And, in a direct reference to the findings of the Royal Commission: “Your best interests at heart.”

And Athena, a newcomer to the mortgage sector, is using very un-bank-like approaches and language to set itself apart from other lenders. Introducing themselves to the world as the “home loan wrecker” and promising “sh*t-hot rates”, Athena’s mantra is essentially “love us and leave us”, urging borrowers to “pay off their loan quickly “so you can have a home, not a loan”. “F*** Fees” is another jargon-beating Athena motto.

In these circumstances, the country’s biggest banks have a sizeable task on their hands. But it’s not an impossible one. There are clear equity-building opportunities for Australian banks, and BrandZ analysis identifies where they are.

Examination of banks’ performance on vQ and its constituent measures shows that banks’ priority should be on providing consumers with a great experience. They also need to be innovative and have a clear purpose that underpins everything they offer, in terms of product and communication. And if they can make progress on all that, they will simultaneously address what we can diplomatically described as a lack of consumer love. 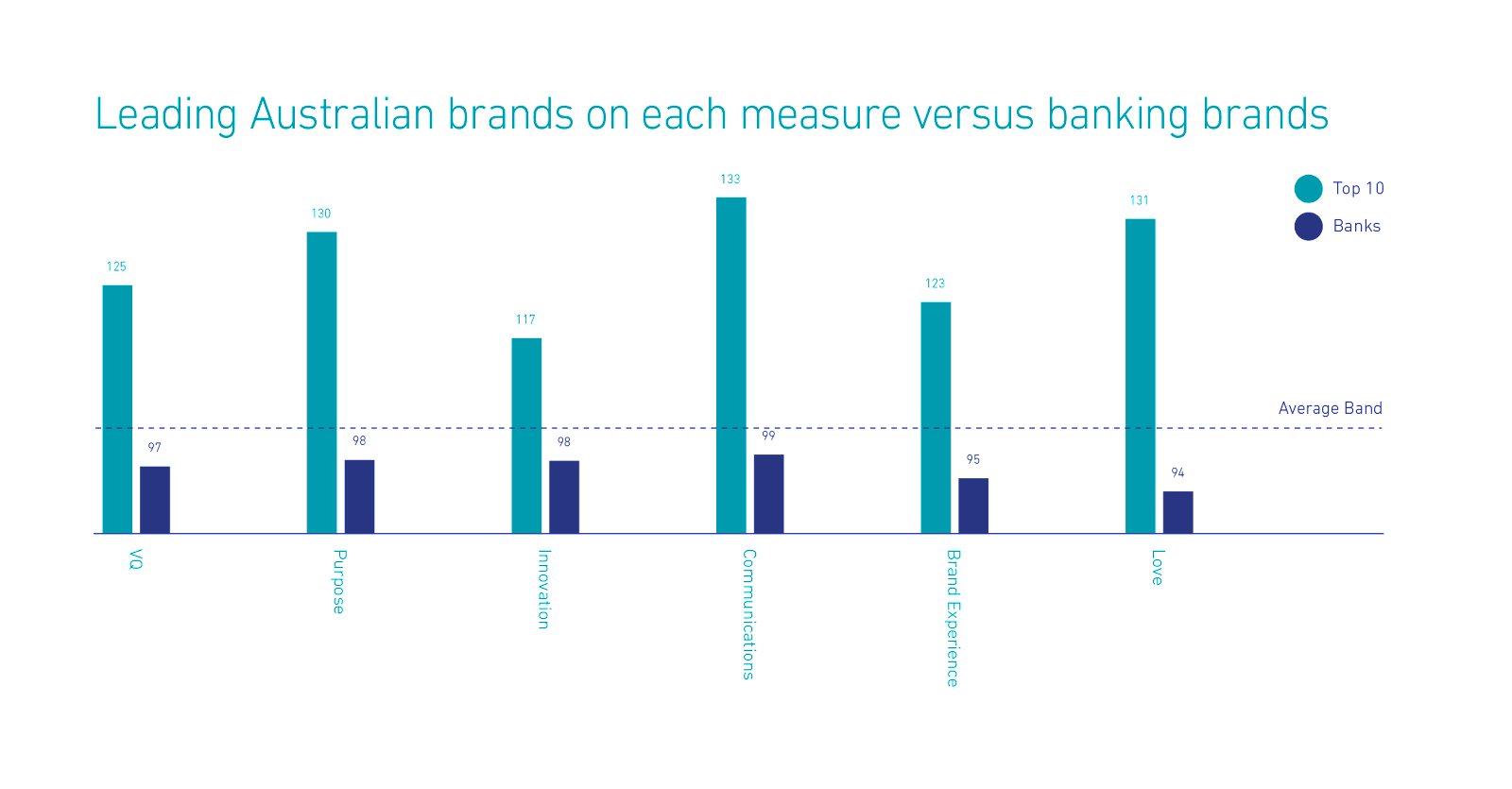 The success of home-grown fintech brand Afterpay shows the extent to which consumers are looking for something different when it comes to the brands they want to help them manage their money.

Afterpay is defined by a sense of innovation, difference, dynamism and momentum – basically, all the things the big banks are seen as lacking. The brand is a new entrant in the Top 40 this year, debuting at number 20. Innovation is perceived to be its greatest strength among the five elements of brand health, or vQ. It is also well known for its bold and controversial advertising. 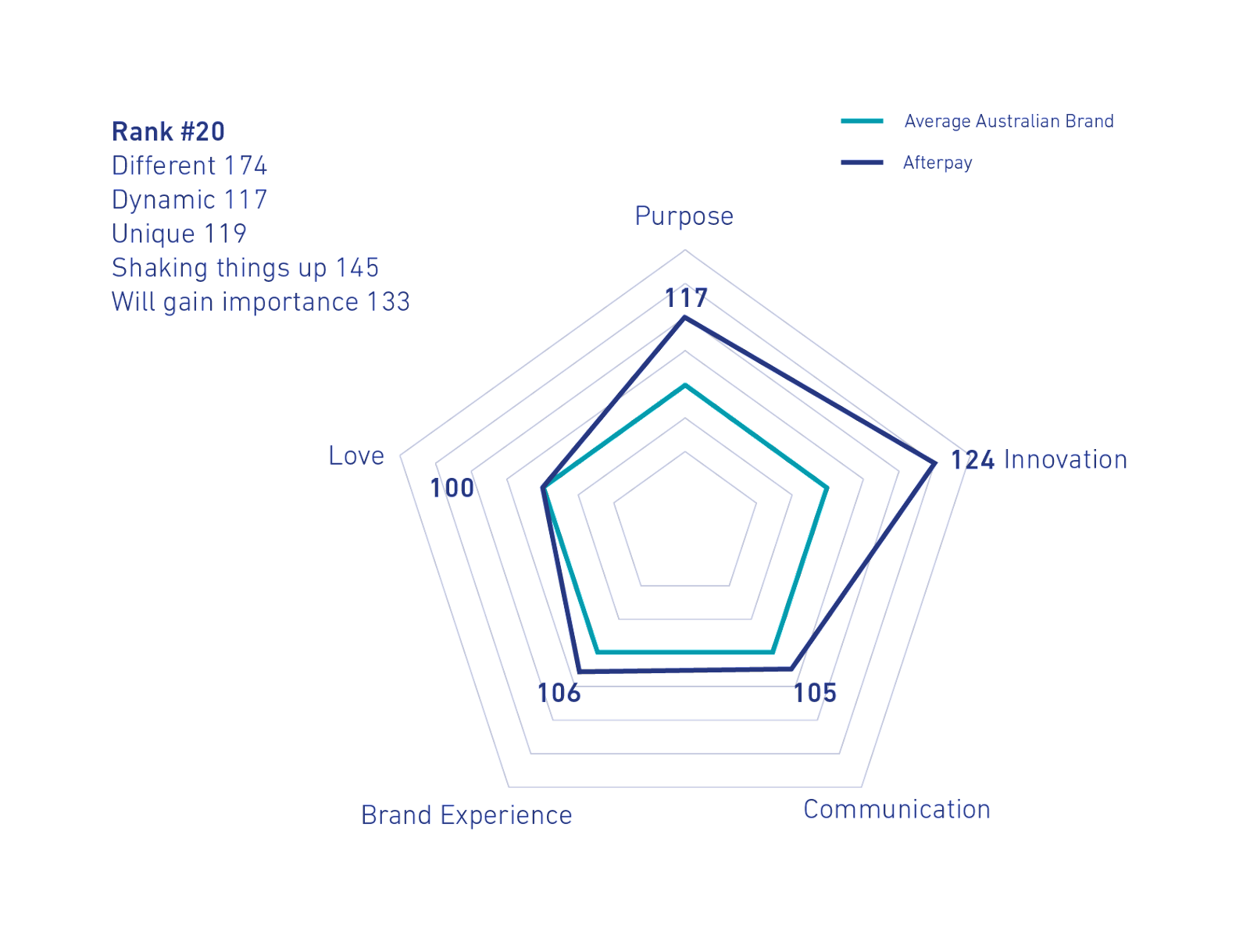