Continuing the value growth of last year, the nine bank brands ranked in the BrandZ™ China Top 100 increased 9 percent, which follows an increase of 13 percent. One bank brand dropped from the ranking. 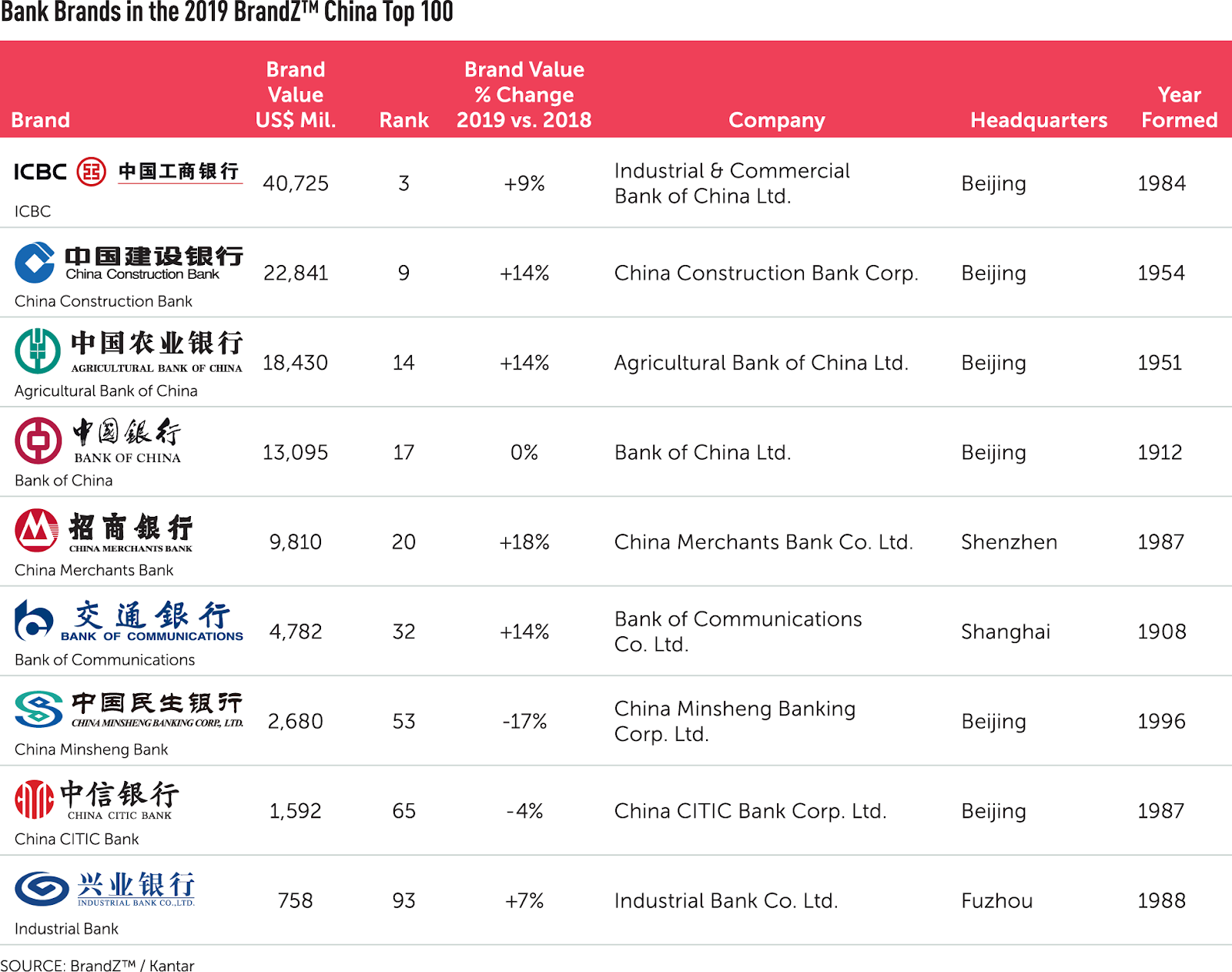