Banks enjoyed a better year, rising 13 percent after declining 6 percent a year ago, when all but two bank brands in the BrandZ™ Top 100 declined in value. In this year’s BrandZ™ China Top 100 report, every bank brand except one increased in value. 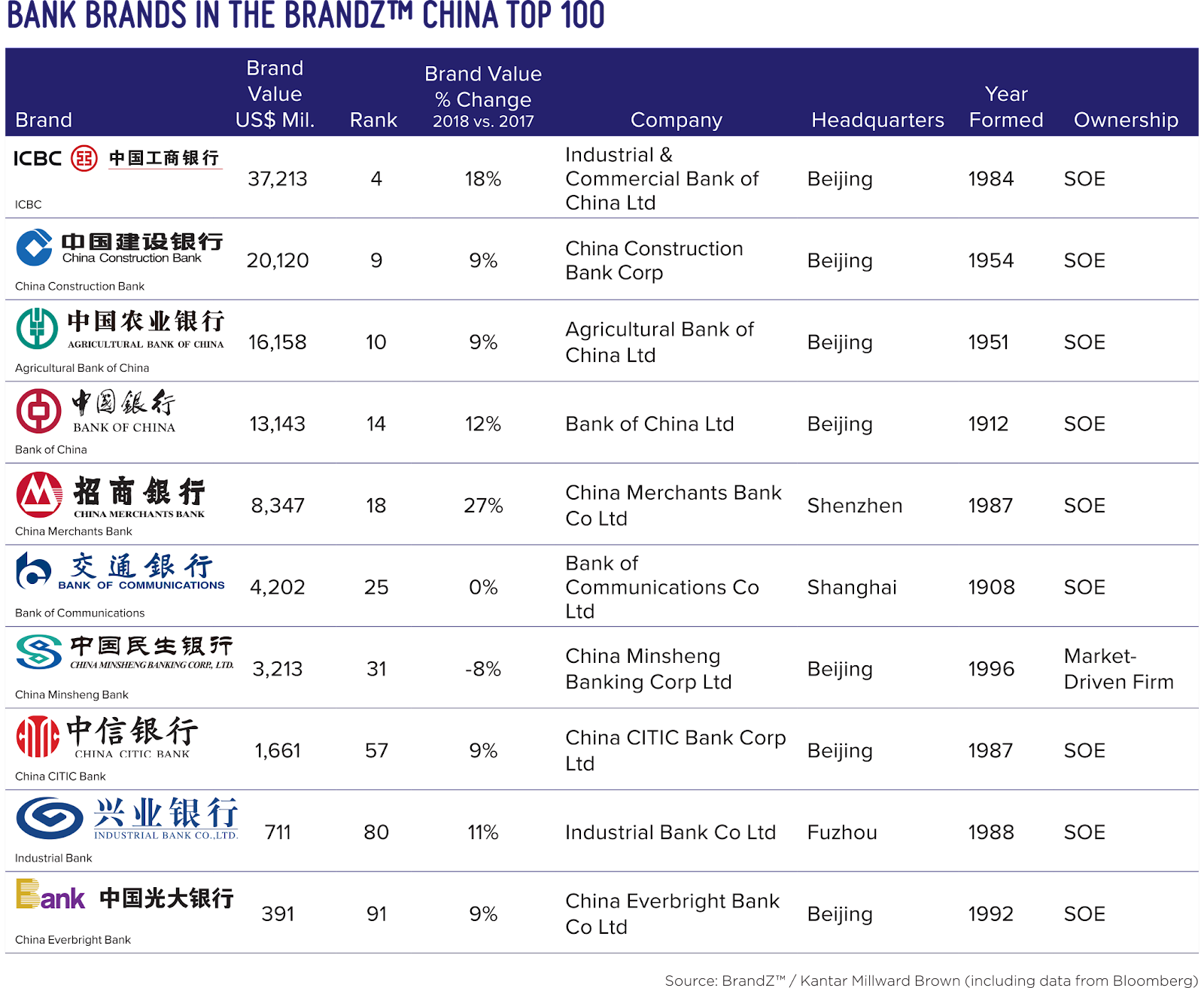