Following two successive years of value increases, economic and geopolitical pressure, intensified by the repercussions of COVID-19 produced a 3 percent value decline in the banks category, and one

Consumer attitudes shaped by the pandemic are expected to influence banking practices during the post-pandemic period. Because of the potential health risk from touching surfaces in public settings, 76 percent of people in China reported an increase in their use of non-cash payment systems, according to the Kantar COVID-19 Barometer China Report.

China Merchants Bank increased the most in value, 16 percent. Centered around some of China’s most active commercial centers, the share-holding commercial bank increased its loan portfolio and reduced the number of non-performing loans. It also expanded its use of blockchain.

In addition, China Merchants Bank focused on developing its digital capabilities and improving customer experience. In an effort to acquire new Monthly Active Users for its apps, the bank implemented advertising and social media campaigns. It also enabled branches to customize local services on the app. China Minsheng Bank also rose in value.

Banks will expand their support of the Belt and Road Initiative, small businesses, and technology companies, according to the China Banking Association. 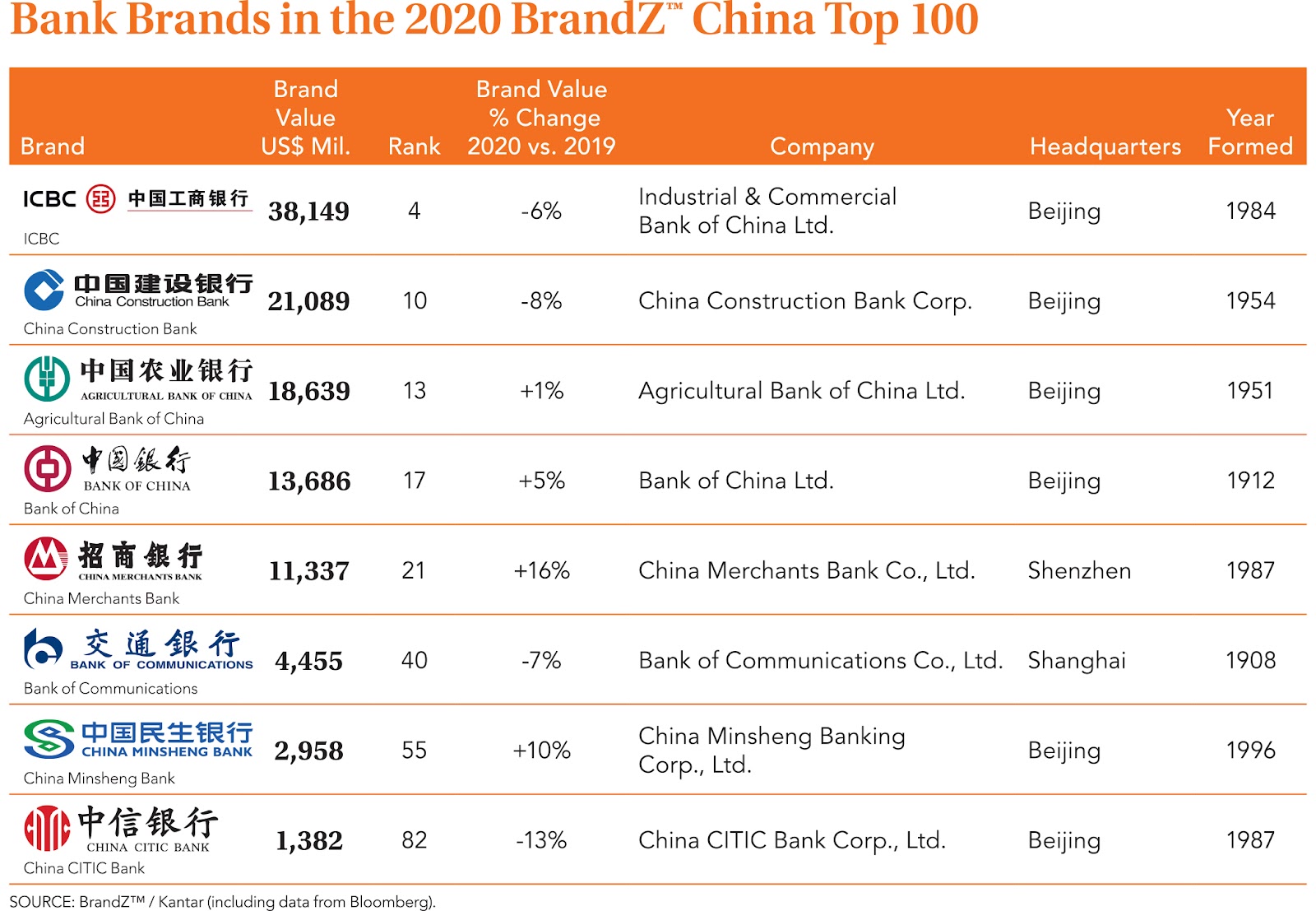