It is possible not only to measure the value of brands from South Africa, but also to assess the strength of  South Africa as a brand itself. The Best Countries ranking does exactly that, comparing perceptions of countries around the world held by a broad spectrum of consumers. There is a close relationship between how people feel about a country, and their attitudes towards the brands they associate with that country. Strong countries fuel strong brands, and vice versa.

Developed by WPP’s Y&R BAV Group, the annual Best Countries ranking was first launched in 2016 at the World Economic Forum’s meeting in Davos, the world’s largest gathering of global leaders and heads of industry and influence. It is now in its fourth wave.

How to measure a country

The Best Countries ranking incorporates the views of more than 21,000 individuals surveyed in 36 countries in four regions: the Americas, Asia, Europe, and the Middle East and Africa. These people included a high proportion of “informed elites” – college-educated people who keep up with current affairs – along with business decision makers and members of the general public.

Respondents are asked about the 80 countries that feature in the 2018 ranking; between them, these countries account for about 95 percent of global Gross Domestic Product, and represent more than 80 percent of the world’s population. 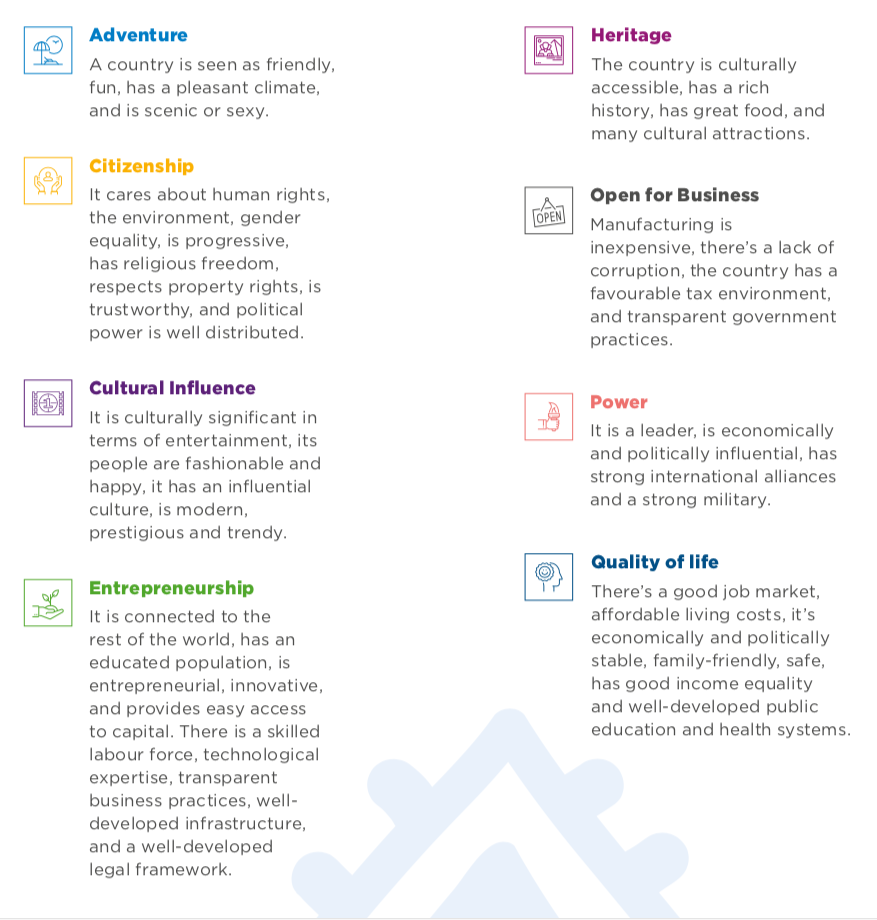 Each of the eight measures is given a weighting in its contribution to the total score for each country, as follows. 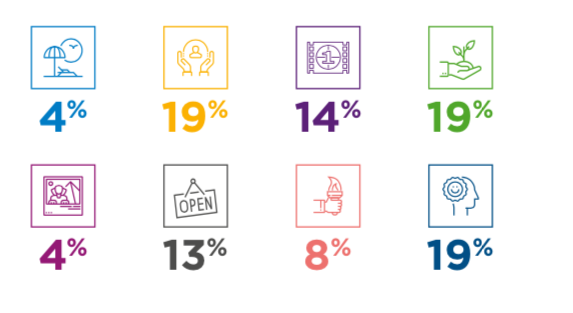 The weight of each category in the final index was determined by the strength of its correlation to per capita GDP (at purchasing power parity). A nation focused on providing great quality of life for its people, which cares about rights and equality, and has a focus on entrepreneurship, is seen as having the most powerful nation brand. This reflects how the world has changed; no longer is it just tanks and banks that give a country influence around the world. Hard power is making way for softer power that comes about as a result of entrepreneurship and cultural exports.