The Top 50 Most Valuable German Brands in 2019 are worth a combined US$340.8 billion, which represents annual growth of 11 percent. The ranking is led by brands that have not just become household names in their home market, but which are global leaders in their categories.

SAP is the most valuable brand in Germany for the second consecutive year, with brand value of $50.9 billion, up 4 percent in the past 12 months as it further expands its client base around the world. The order of the Top 10 in 2019 is unchanged from 2018, with Deutsche Telekom in second place, followed by BMW, Mercedes-Benz and DHL. Nine of the Top 10 brands increased their value over the year; the only one to decline saw a dip of just 1 percent.

Like the other brands at the top of the German ranking, almost all of these names are powerful global brands. The international nature of their consumer base is partly what’s behind their success over the past year. When demand is soft in some markets, that is offset by stronger demand in others.

The overall 11 percent growth rate in the value of the Top 50 is a solid performance in the current climate. The value of the Top 50 UK brands grew by 5 percent over the same period; leading French brands – largely driven by global names in luxury – rose in value by 22 percent. This compares to growth rates for the leading 100 brands in China and our Global ranking – usually streets ahead of growth in other markets, given that they’re led by the world’s ever-expanding tech giants – were 23 and 21 percent respectively. 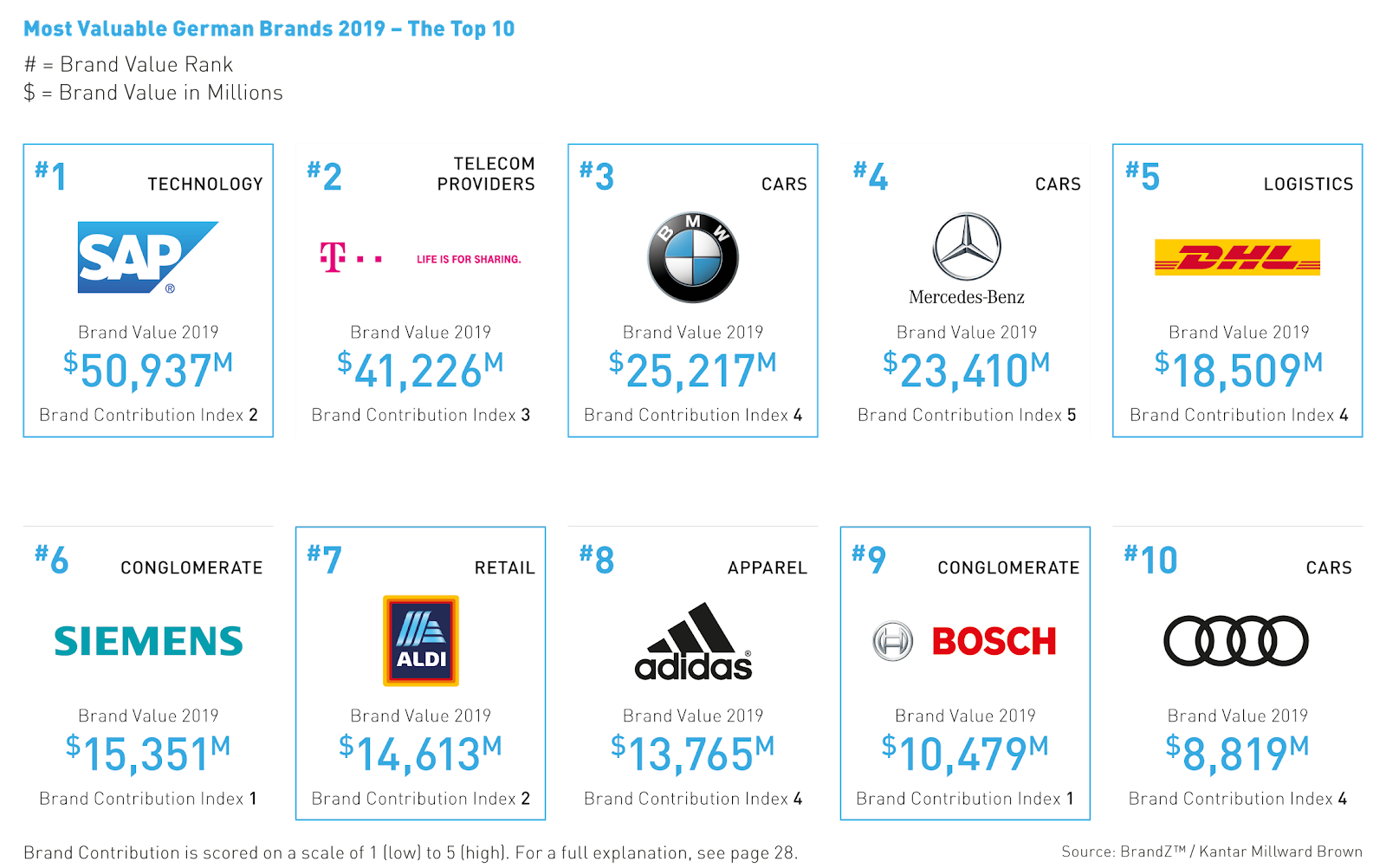