Brazil: How the most valuable brands are investing in communications

The relationship between companies and consumers is being transformed by people’s access to knowledge. Consumers are increasingly demanding, and have tools that enable them to be more discerning in their purchasing decisions.

The media landscape nowadays is fragmented, and content consumption increasingly cross-platform, challenging brands as they strive to grab consumer attention. According the Target Group Index, a Kantar IBOPE Media study, the more media people have access to, the more time they tend to spend consuming media. Brazilians consume on average eight hours and 20 minutes of media per day, whereas consumers impacted by six types of media (TV, out of home, newspaper, radio, internet and magazines) consume 10 hours and 51 minutes of media per day.

Many companies invest a lot of money to promote their brands, in the hope they will be top of mind for consumers. One of the factors taken into account when ranking BrandZ Most Valuable Brands is their Brand Contribution, a measure that evaluates—on a scale from one to five—brand strength in consumers’ minds.

Investment in media is not the only way that brands become well known to, and remembered by, consumers. However, it is a means through which advertisers invest significant marketing resources.

The Most Valuable Brands and their Media Investments

According to a survey by Kantar IBOPE Media that monitors advertising activity in the main markets, in 2017 alone, over 84,000 brands had media exposure, 1.4 percent more than in 2016.

If we only look at the BrandZ Most Valuable Brands of 2018, their media investments accounted for 11 percent of all advertising activity in Brazil. The media strategy adopted by these brands tracked the rate of advertising investment across the rest of the market.

Among the 60 BrandZ Most Valuable Brands in 2018, 82 percent ran campaigns using seven or more media—of a total of nine monitored—suggesting that brands need to invest across multiple platforms if they are to communicate effectively with increasingly multimedia consumers.

In this group, the brands that invested most in communication in the past year were financial institutions, followed by retail brands and communication providers, which together accounted for close to 60 percent of all investment made by the most valuable brands.

Among the 60 BrandZ Most Valuable Brands, 48 percent increased their advertising investment in 2017. For comparison purposes and aiming to put brand investments under the same umbrella, since they have different communication budgets, the Media Investment Index allows an equivalent analysis of the performance of the most valuable brands.

Based on the values from 2016 (base=100), values above or below 100 indicate growth or decline compared to the base year, respectively. Among the 10 most valuable brands, Ypê, Skol, Globo, Brahma and Itaú showed the strongest growth in media investment in the past year.

Some brands have reduced their media presence in the last year. However, their communication efforts still ripple through, and contribute to these brands maintaining prominence in the minds of consumers, and this is reflected in their Brand Contribution scores.

Nevertheless, communication is an important factor in building and maintaining the prominence of a brand with its target consumers. As a rule, a lack of media investment may result—in the long run—in customers forgetting about a brand, and consequently, a significant value reduction in a company’s asset, its brand. 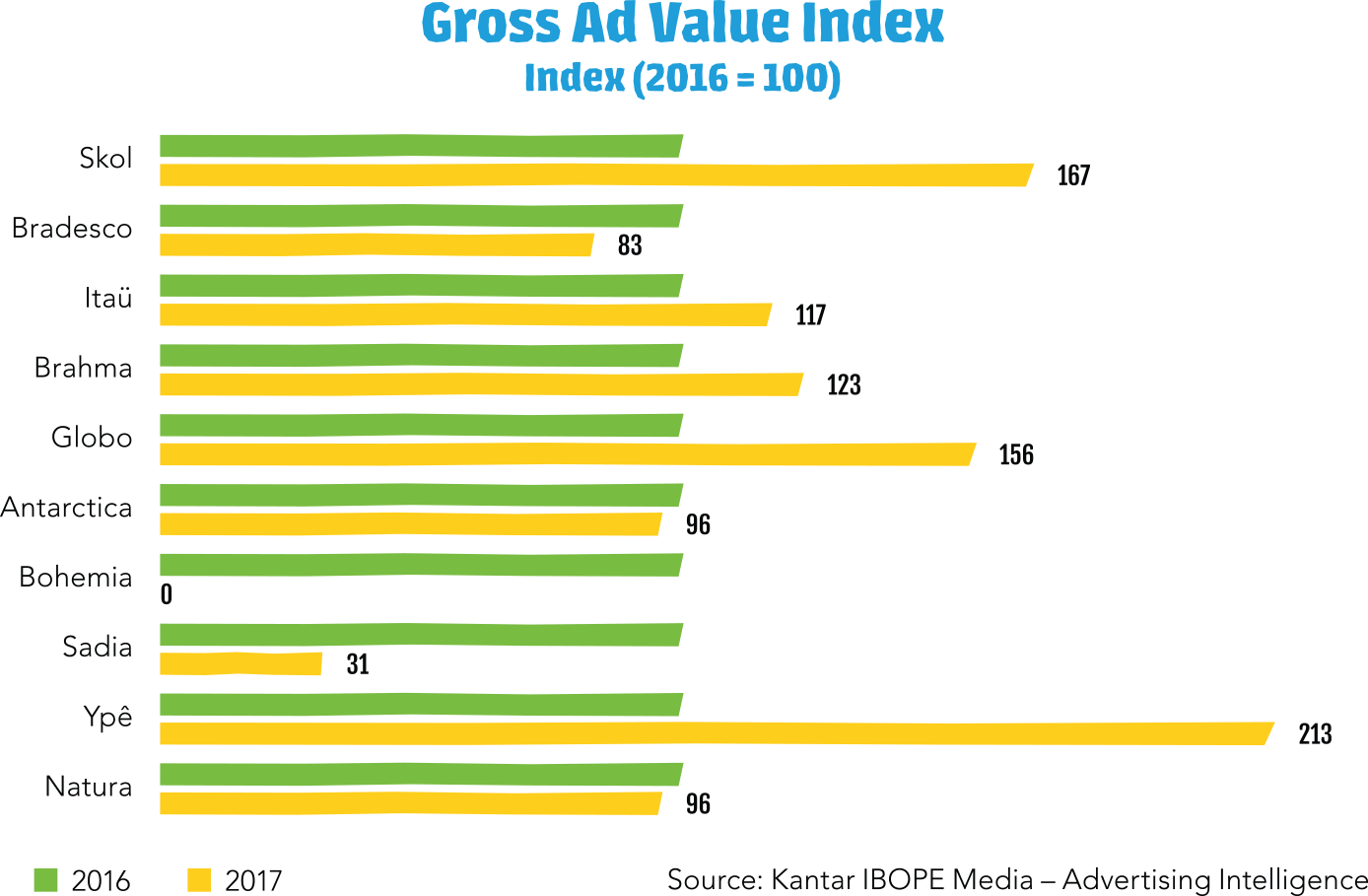 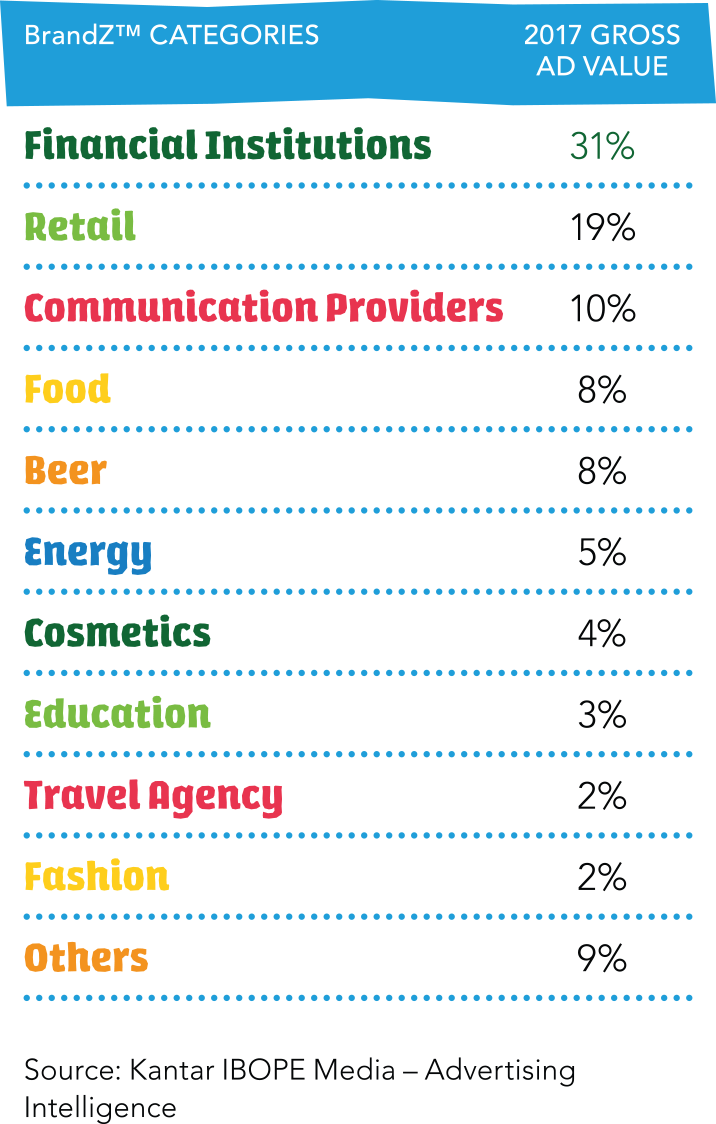 Chile: Learning From The Success Of Chilean Retail