Ten years ago, in time to welcome in the Year of the Rabbit, BrandZ™ launched the first ranking of Chinese brands. The introduction to that inaugural edition of the annual China rankings included this prediction:

For the past 20 or 30 years, Chinese companies fabricated products for Western consumers. The infrastructure and knowledge gained from this experience brings China to a tipping point, as during the next decade the country moves from production to creation, from low-cost manufacturing to “Brand China.”

A decade later, the brand landscape has changed radically with the emergence and rapid growth of brands that did not appear in the first China ranking and, in many instances, did not yet exist. These brands are often developed from the internet, sometimes in new categories, and mostly in retail or technology related.

Among the conditions that produced this altered landscape are government initiatives to rebalance the economy from production to consumption; China’s ability to leapfrog to digitization and a mobile-centric future; and the desire among China’s rising middle class for greater prosperity and convenience.

These changes have shaped the ongoing evolution of “Brand China.” They have also reshaped the brand composition of the BrandZ™ China ranking and the value contribution by category, according to BrandZ™ analysis. 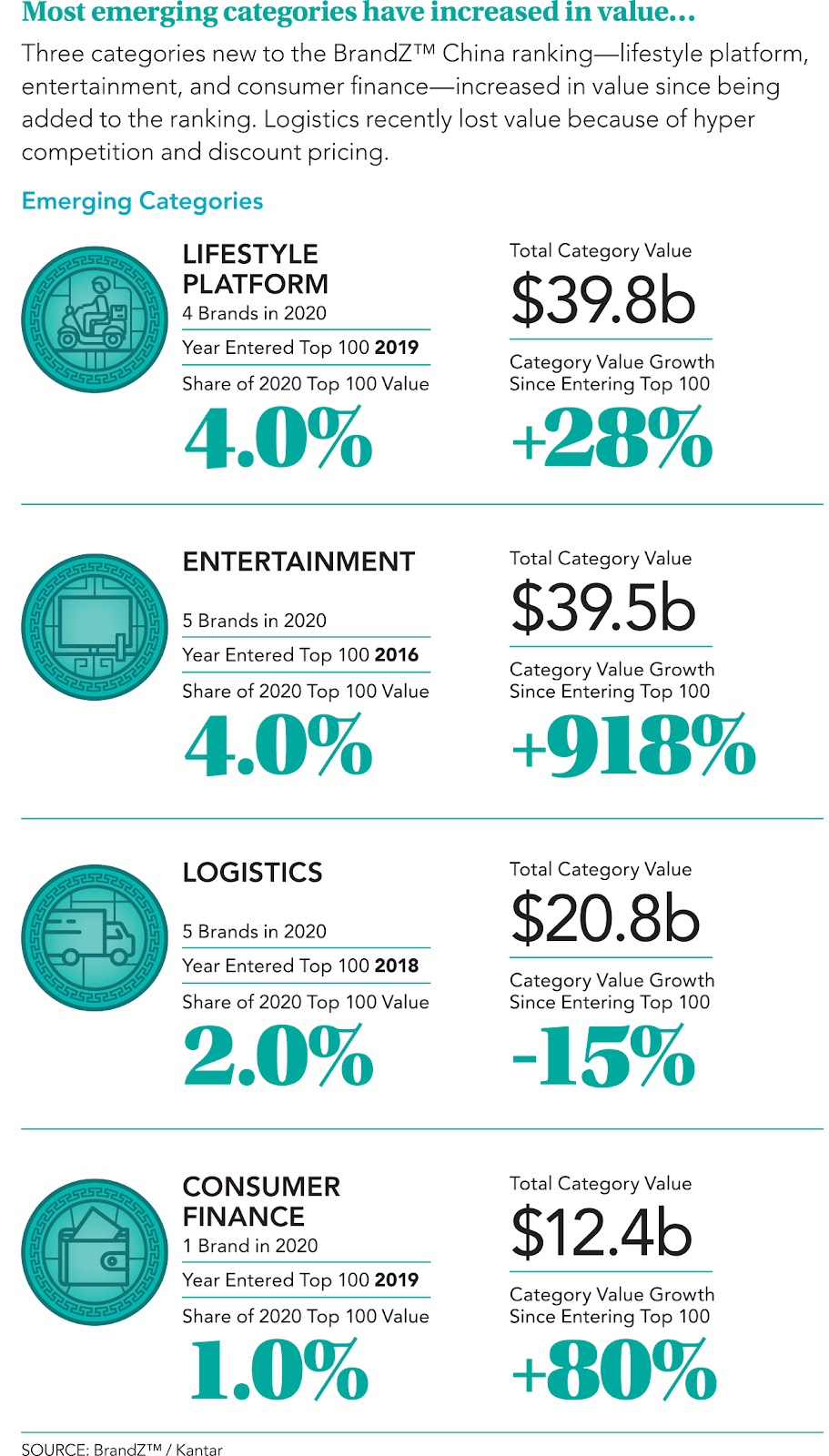 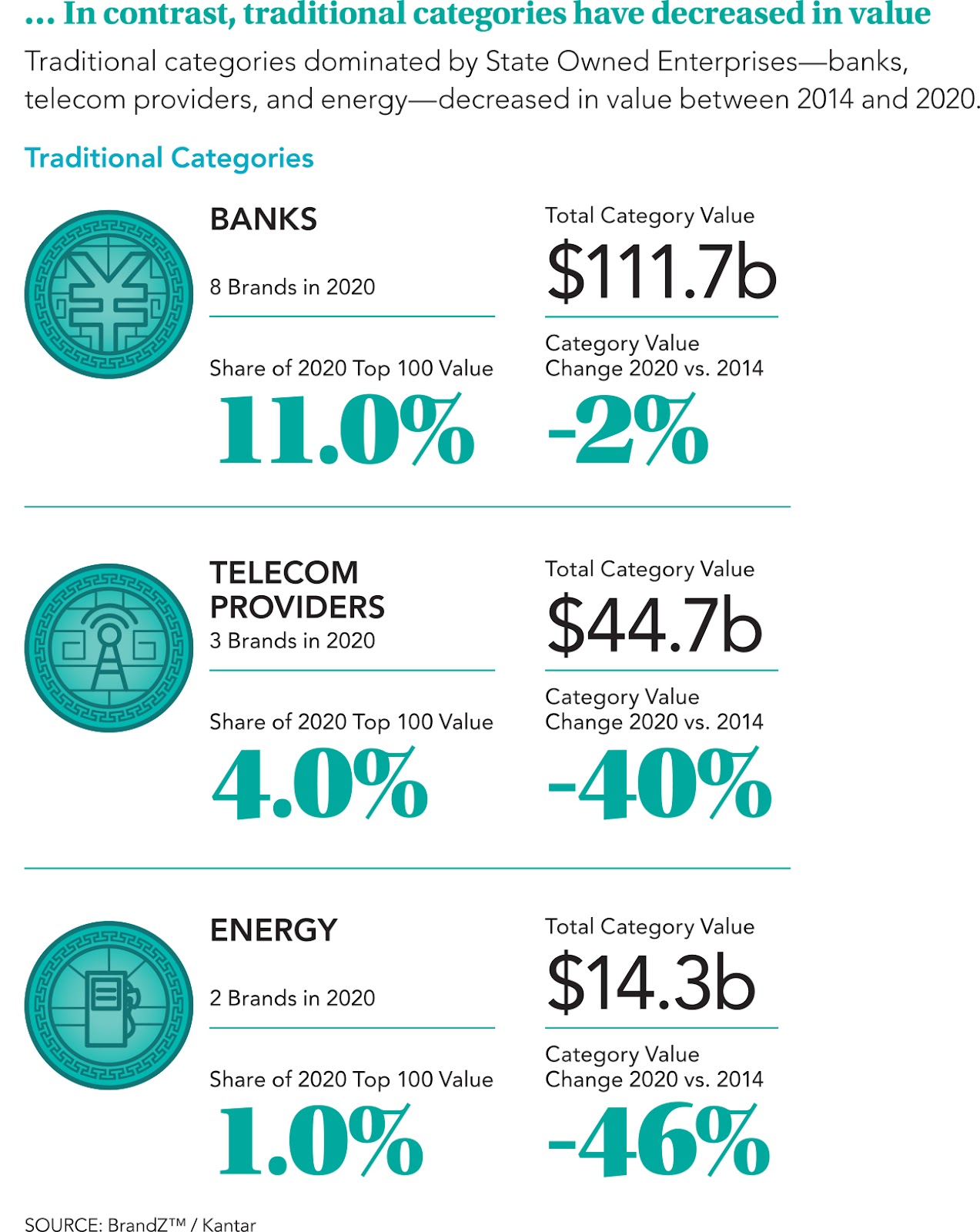 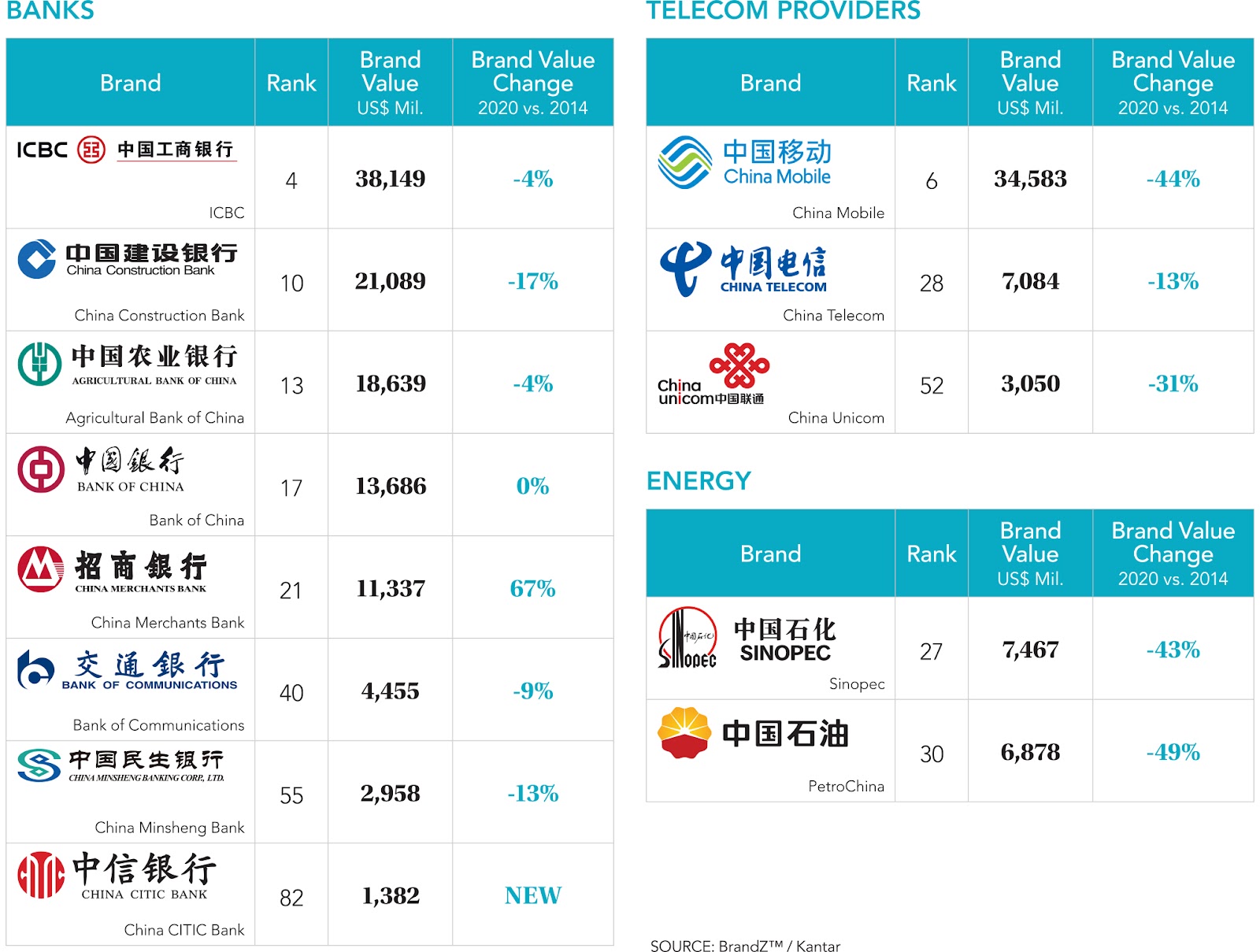 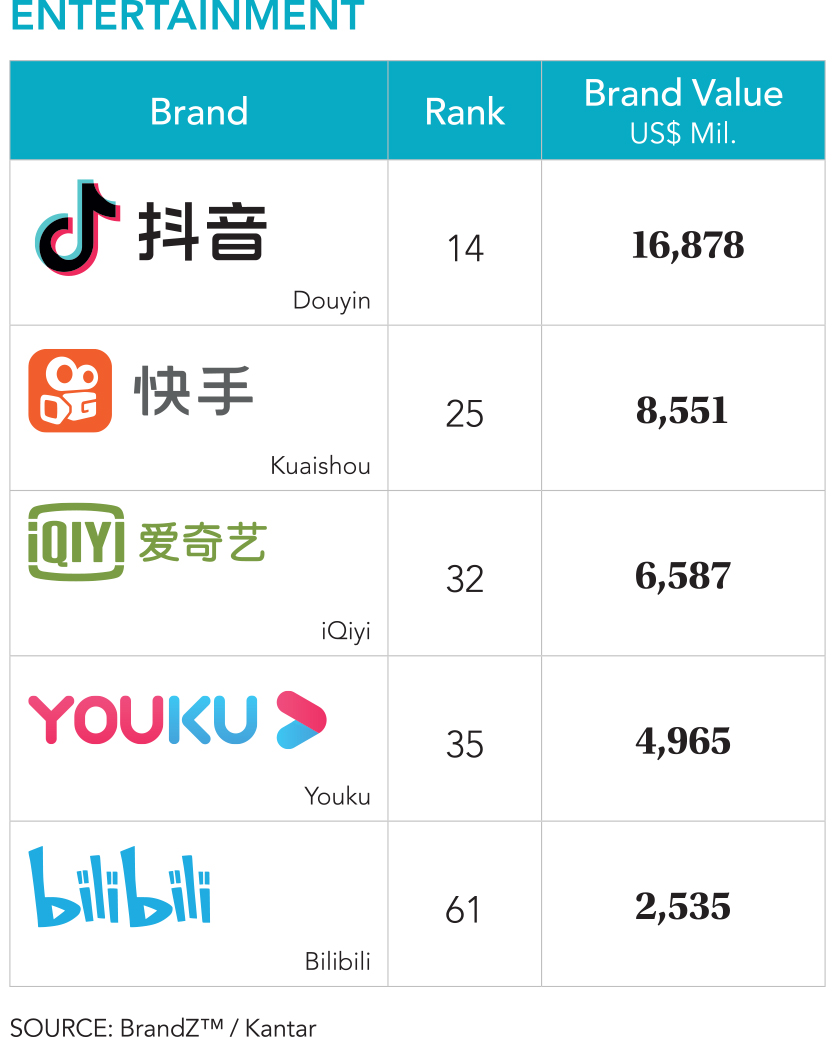 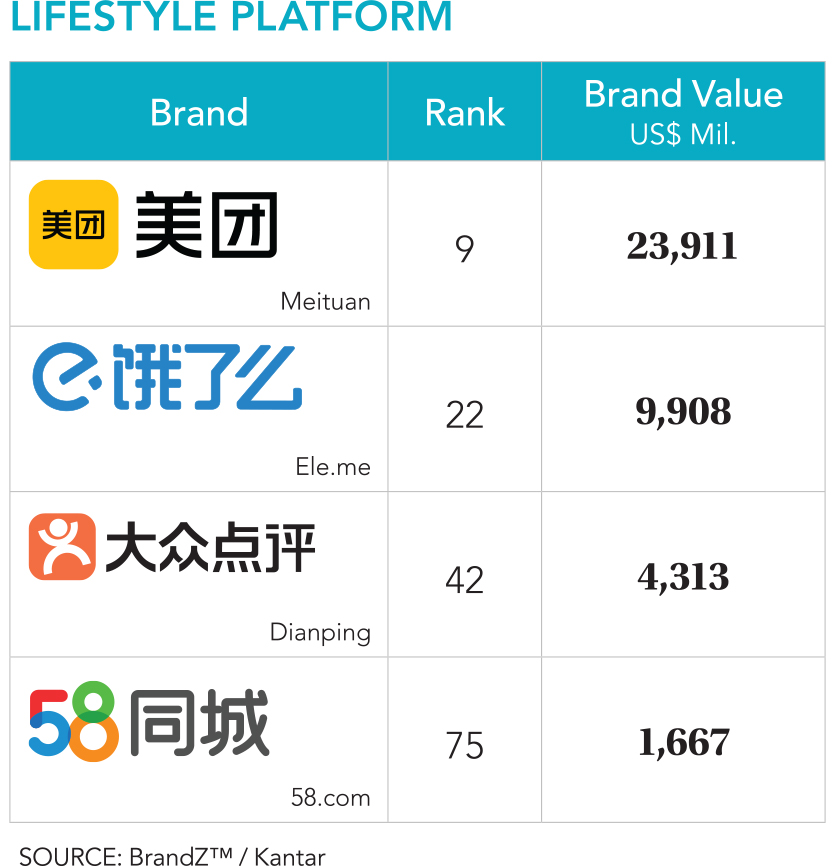