At a recent event, Kantar researchers showed that as many as 60 percent of all new brand TV ads failed to “cut through,” or make a memorable impression on South Africans in the past year.

So, who is winning? At the successful end of the spectrum, you can find fast food and beer companies and at the other end financial and insurance companies. The difference between the two? The winners produce vastly more creative ads. Brands like this year’s new #5 Nando’s are well known for their outlandish ads.

Being in a certain category, however, does not doom you to mediocre performance. Some brand managers might argue that financial institutions aren’t fun, and that most people don’t expect a laugh from a bank. This is not necessarily true, though insurance can be a grudge purchase. For example, Nedbank scored a hit with Secrets, a 15-minute exploration of South Africans’ relationship with money.

Creativity also needs not be limited to advertising. Consumers are more in tune than ever to omni-channel experiences, and brands have many ways they can start being more convenient to consumers. Facilitating things like deposits and digital payments or improving in-store experiences can be as valuable as dreaming up your customers’ next favorite jingle. Discovery, for example, has linked insurance with medical aid and banking, and created rewards based on healthy living.

Partly thanks to the impact of COVID-19, South Africa has the unenviable distinction of being the second most price-sensitive country in the world, with 75 percent of its consumers knowing the price of grocery items and able to notice changes (up from 69 percent last year). Almost two thirds of South African shoppers are actively comparing prices across brands, while a third of the total FMCG volume in country was sold at discounted prices in the past year.

This has created a very tough environment for brands, and many may be tempted to cut prices to maintain market share. But research shows they should resist the urge as shoppers want the familiarity of trusted brands, which offer stability and reassurance during a crisis. In one recent survey, fully 54 percent of South Africans said that in order to find their preferred brand they would go to a different store — even in a pandemic.

Price is also a dangerous sales lever. People become easily addicted to discounts, and generally also associate low prices with poor quality. If a brand discounts too often, people will start to doubt that it’s worth its normal price. So rather than cutting prices, it’s a better strategy to do the hard work of giving people a reason to believe.

South Africa has a well-deserved reputation for humor that leaves no subject unturned. Where many countries find it hard to joke about a crisis, Mzansi often finds it hard to do anything else. The nation responded to COVID-19 crisis with an avalanche of its trademark story-form jokes. For one small example, the political cartoonist Carlos created “Love in a Time of Coronavirus,” which followed a couple initially sharing a glass of champagne from a wide distance through sex in hazmat suits to a final wedding ceremony in which the minister says, “You may fist bump the bride.”

While many pundits have suggested toning down advertising to reflect the somber mood of the nation, the real answer is probably otherwise. Humor is almost always welcome, and South African brands would do well to indulge in one of their country’s favorite past times and make people laugh.

South African brands have traditionally had a desultory attitude towards the kinds of new delivery models sweeping the Western world. When the COVID-19 crisis and its accompanying lockdown hit, many brands were jolted into action, especially by filling in gaps in their services and partnering with complementary brands. Pick n Pay, for example, had its own delivery services, but it became overwhelmed with demand during the pandemic. So, it teamed up with Bottles, a liquor delivery service, whose sales were banned at the time, to get products in people’s hands the same day.

For all these changes however, there is still plenty of room for growth in the online space. Consumers are still not purchasing many categories online, like pet food and cleaning products, which are big e-commerce businesses in other countries. Time to get cracking. 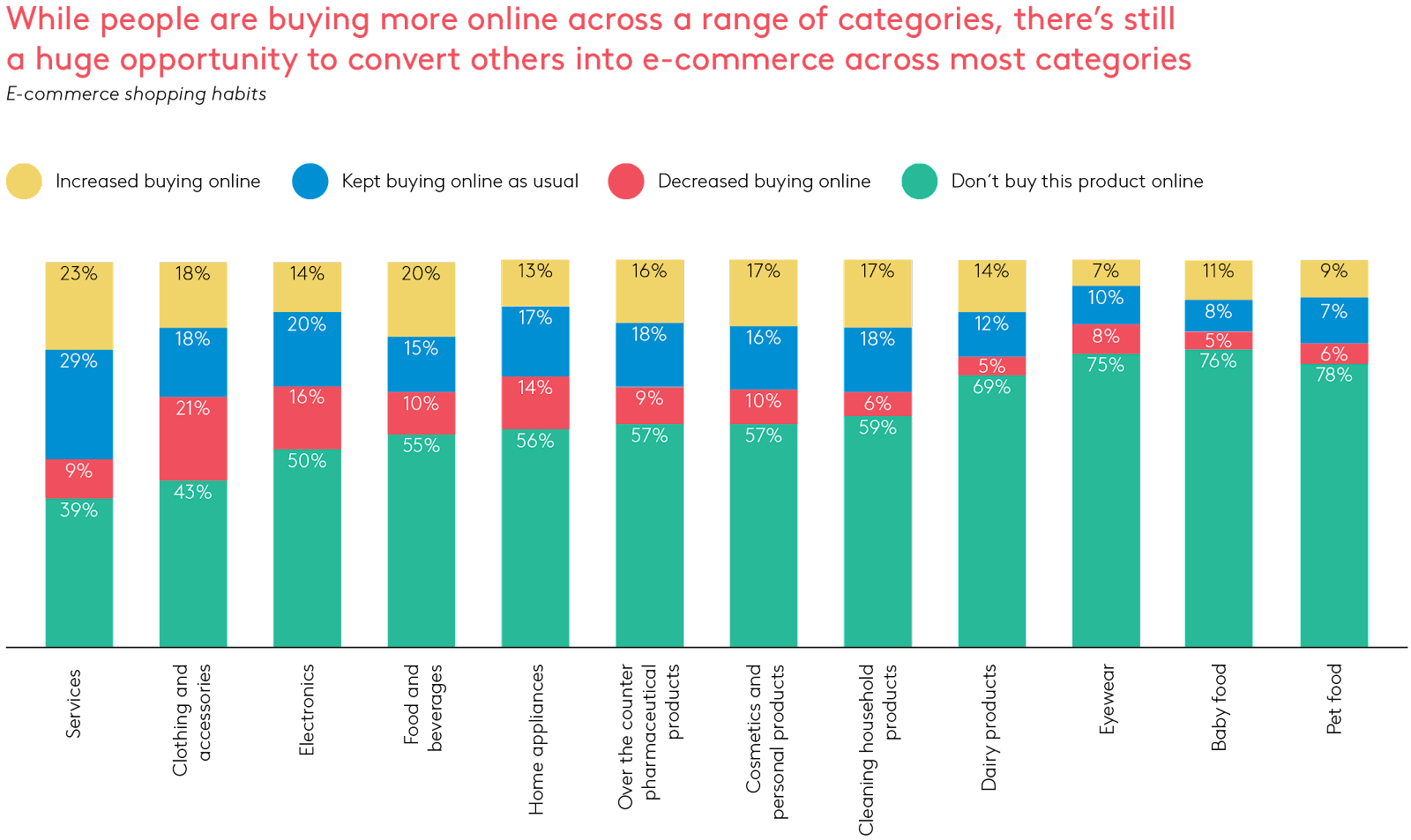 Last year’s report noted a heartwarming fact: South Africa is among the most generous of nations. Nearly 80 percent of South Africans donate either time or money to social causes. And as the economic crash occurred, the country’s brands immediately looked for ways that they could help.

While it would take a long time to detail all of the charitable efforts of the Top 30, here are a few highlights: Standard Bank offered payment holidays. Castle turned its production lines over to manufacture hand sanitizer. With Vodacom’s assistance, Discovery made its Dr. Connect service available to non-customers. DStv opened up its channel lineup, especially for kids and education. Shoprite, Pick n Pay, and other retailers made it possible to buy virtual vouchers. If you wanted to help someone in need, you could send money in such a way that it would be certainly used for food.

Hopefully, this may help change Mzansi’s largely dim view of its top brands’ sense of Purpose. In surveys taken before the crisis, the Top 30 scored lower than those of any other country on the measure.

The overwhelming power of sport

Nothing brings South Africans together like sports, and recently it has had a big reason to celebrate. In late 2019, the Springboks took home the gold at the Rugby World Cup. For a brief moment, the country cheered as one.

Most athletes do not have the burden of serving as a unifying force in a country. Luckily, South African athletes have often proved more than capable of bearing the burden. Whether it’s Chad le Clos in swimming, Caster Semenya in running, or AB de Villiers in cricket, South Africa punches far above its weight when it comes to sports.

When asked how athletes like these make them feel, most South Africans would say proud. So how can brands tap into this unifying national sentiment? As with everything, the important part is to be creative in your approach. Obviously, sponsorships are great ways to endear yourself with a team’s fans, but sports can be expressed in many different ways from games and apps to creative executions for TV.