But finding them can be challenging

Chinese consumers are connected. China had 751 million internet users at the end of June 2017, according to the China Internet Network Information Center. And over 96 percent of them access the internet with a mobile phone.

Although Chinese are mobile centric, however, they engage with many devices. Chinese own an average of 3.2 devices, compared with an average ownership of 2.7 globally and 2.5 in emerging Asia.

Chinese spend more time on their devices—5.4 hours daily—and a much higher proportion of Chinese—over half—use multiple devices simultaneously. These results were developed by Kantar TNS as part of its Connected Life research.

The social media habits of Chinese consumers vary somewhat from the habits of consumers elsewhere. Consumers generally spend around the same amount of time each day on social media—1.3 to 1.5 hours, but Chinese use more platforms, an average of 15, with a strong preference for WeChat compared with Facebook, which leads the social media options elsewhere. 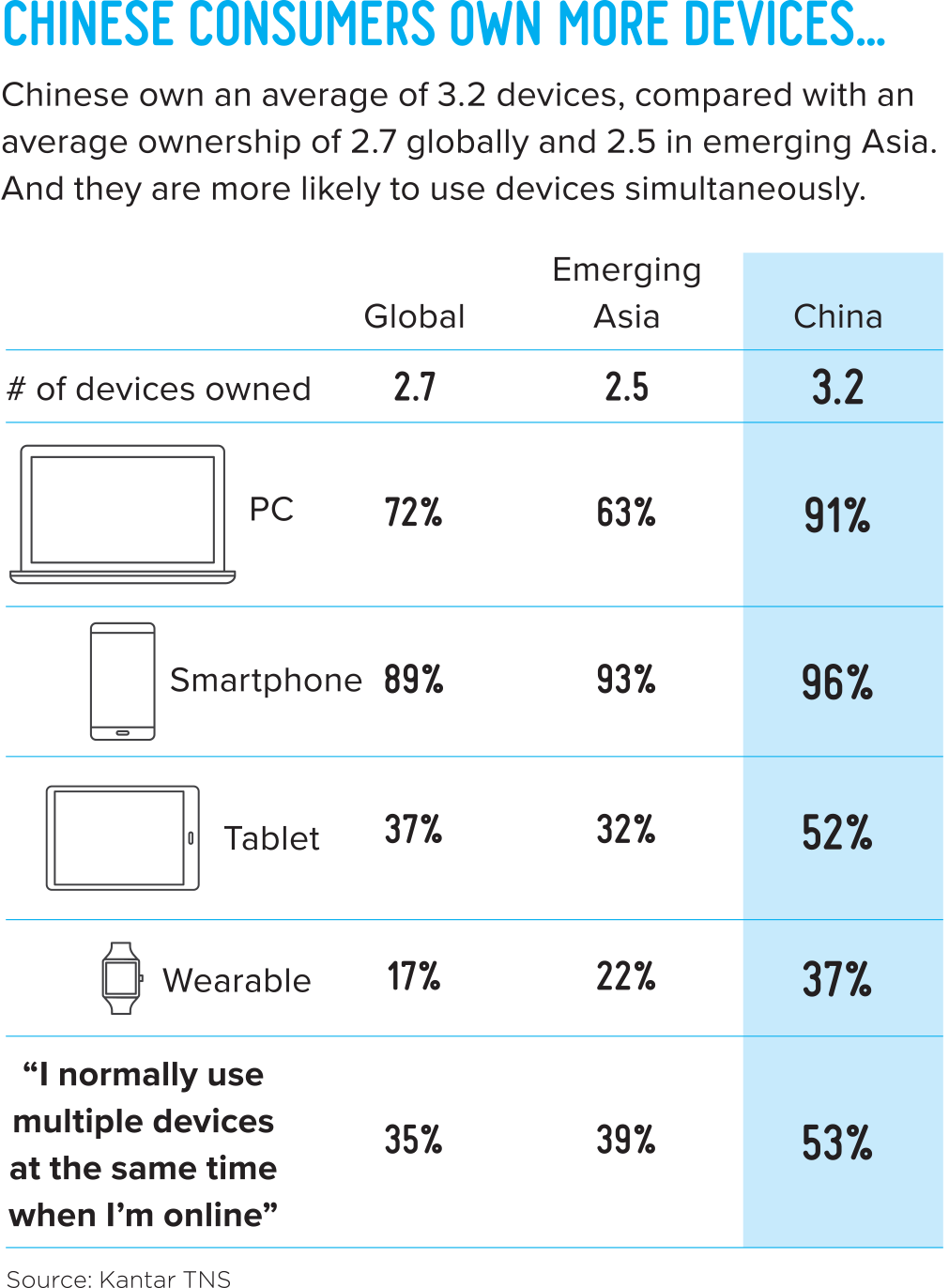 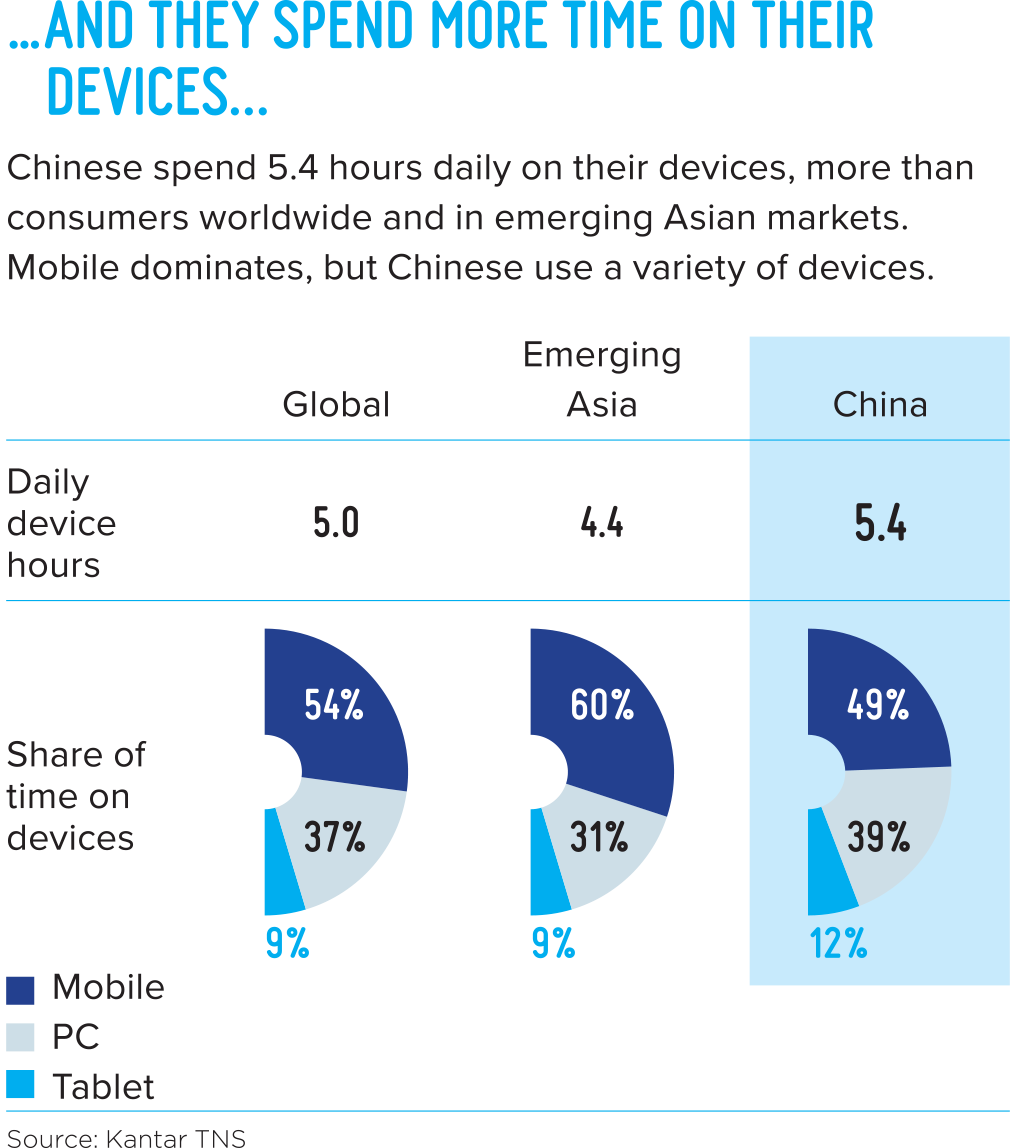 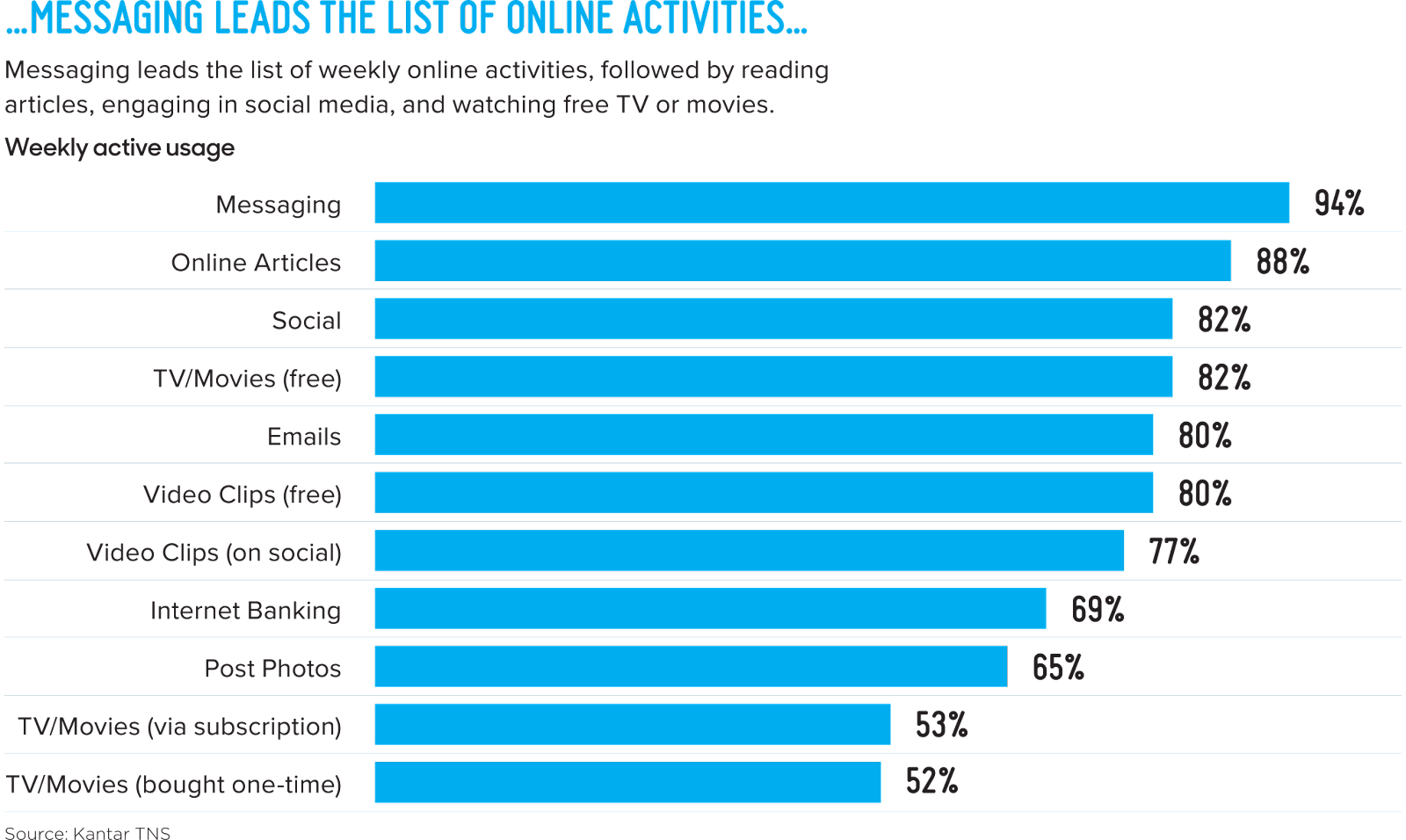 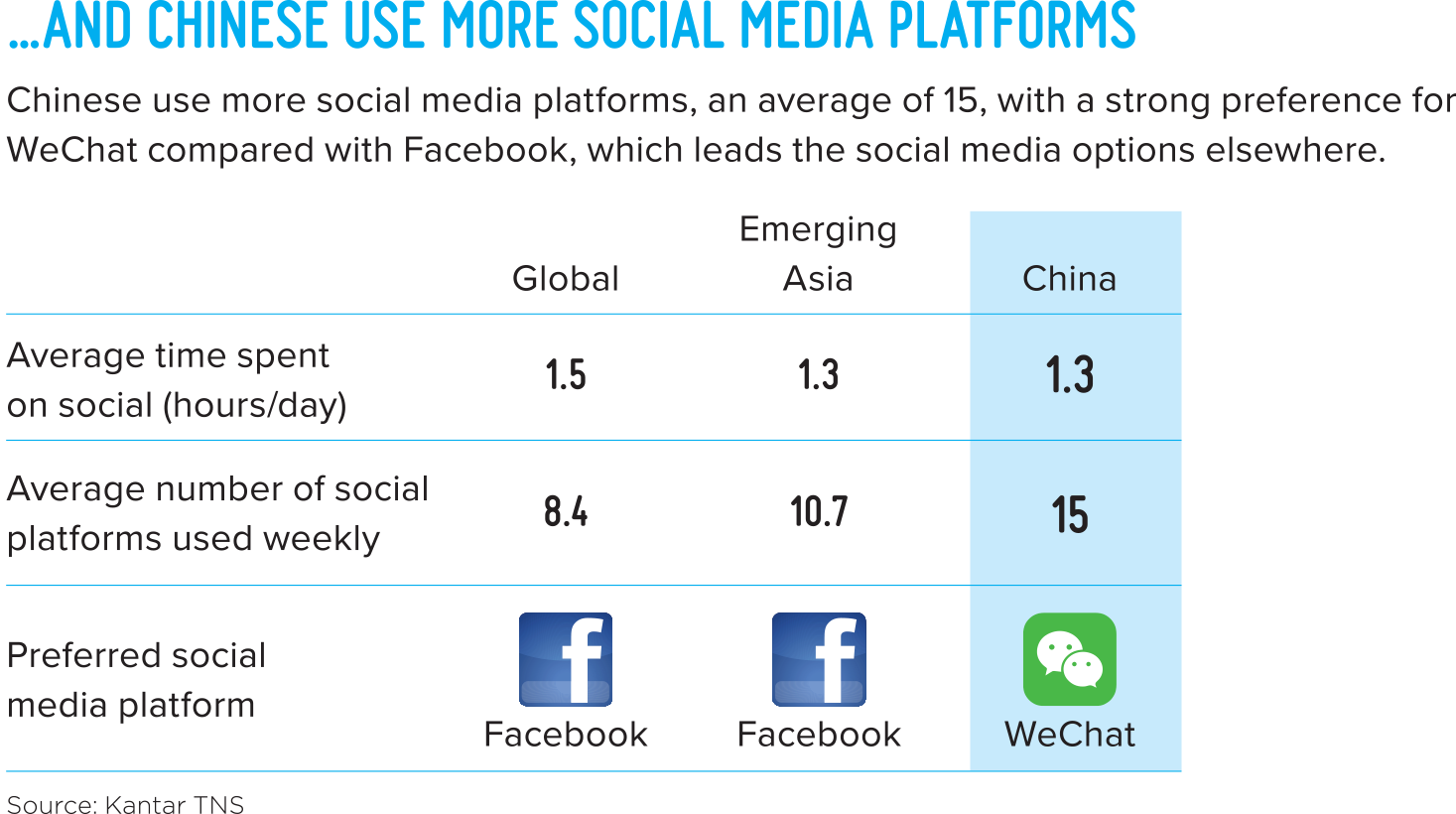