Data use rose 16 percent just in the quarter that ended in March 2017, according to Kantar IMRB. Consumers spent 37 percent more time on their smartphones than watching TV. They engaged 4.5 hours daily with a smartphone, 3.3 hours daily watching TV, and two hours a week reading print media. In addition, for the first quarter of 2017: 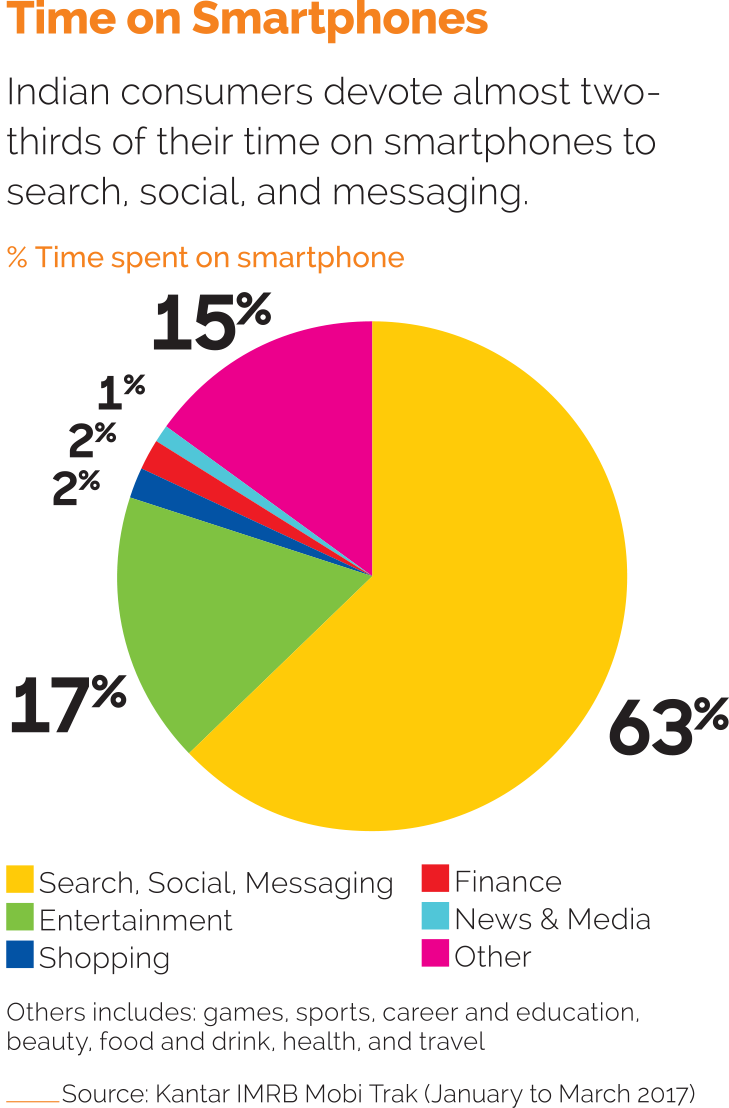