The UK has one of the most dynamic media landscapes in the world. The British TV industry is behind some of the most successful program formats to have gone global, and the BBC is one of the country’s best-known exports. Fleet Street is synonymous with a lively and competitive newspaper industry, and while newspaper readership has declined as consumers move online, there is still a thriving press sector. Internet access and mobile phone ownership are now almost universal. For advertisers, therefore, there are rich pickings.

And the opportunities are still growing. The UK is widely viewed as the leading market for time-shifted viewing; more than 8.3 million households in the country subscribe to at least one subscription video on demand service, with Netflix the market leader. More than three quarters of British adults have watched recorded TV or video on demand in the past year, and research by the industry regulator, Ofcom, shows that among 16 to 24 year olds, only a third of the time they spend watching TV is spent tuning in live; the rest is time-shifted or recorded.

But as the degree of choice available to consumers has risen, not only have people’s attentions been divided, consumers have become increasingly difficult to please. That applies to content but especially to advertising and other communication from brands. The UK is a market that prides itself not just on its self-deprecating sense of humour, but also its scepticism. This is reflected in their declining tolerance for video ads – the younger people are, the shorter ads need to be to retain their interest – and the widespread use of digital ad blockers. The Interactive Advertising Bureau reports that 22 percent of adults online in the UK are using ad blockers, mainly on laptops and desktop computers, and 26 percent of them are using blockers on their smartphones.

The challenge this presents to brands is complex; in an increasingly crowded media market, it is more difficult to stand out, and at the same time, consumers are making it clear that they are tired of feeling hassled and interrupted by advertising. This means brands need to think differently about reach and frequency, and focus more on targeting, relevance, and making meaningful, emotional connections.

Television still accounts for 40 percent of consumers’ media time, but GroupM reports declining interest among under-25s, with viewing among this age group dropping by 10 percent in just one year.

Online has grown to occupy 37 percent of the time consumers spend with media, and the UK was one of the first markets in the world where advertising investment online overtook TV adspend, back in 2009. Online now accounts for a much higher share of advertising than TV and other media; internet advertising is expected to reach 56 percent of total investment in 2017, compared to 23 percent for TV.

Investment in online is forecast to grow by 11.1 percent in 2017, compared to overall media growth of just 4.1 percent.

Total media and marketing service investment by advertisers in the UK was forecast to reach £24.1 billion in 2017.

Creating advertising that works across diverse ages and interest groups is tough. The youngest are more likely to skip ads, though they’re more open to ads shared by family and friends, provided they’re short and sweet. But ad avoidance is not unique to the young. The key to keeping people of all ages engaged is not particularly high-tech: it’s great storytelling. A strong story, that’s genuinely interesting, doesn’t shout about a brand but reflects what the brand represents, and that’s told in an emotional, relevant and perhaps funny way, is likely to be a winner. 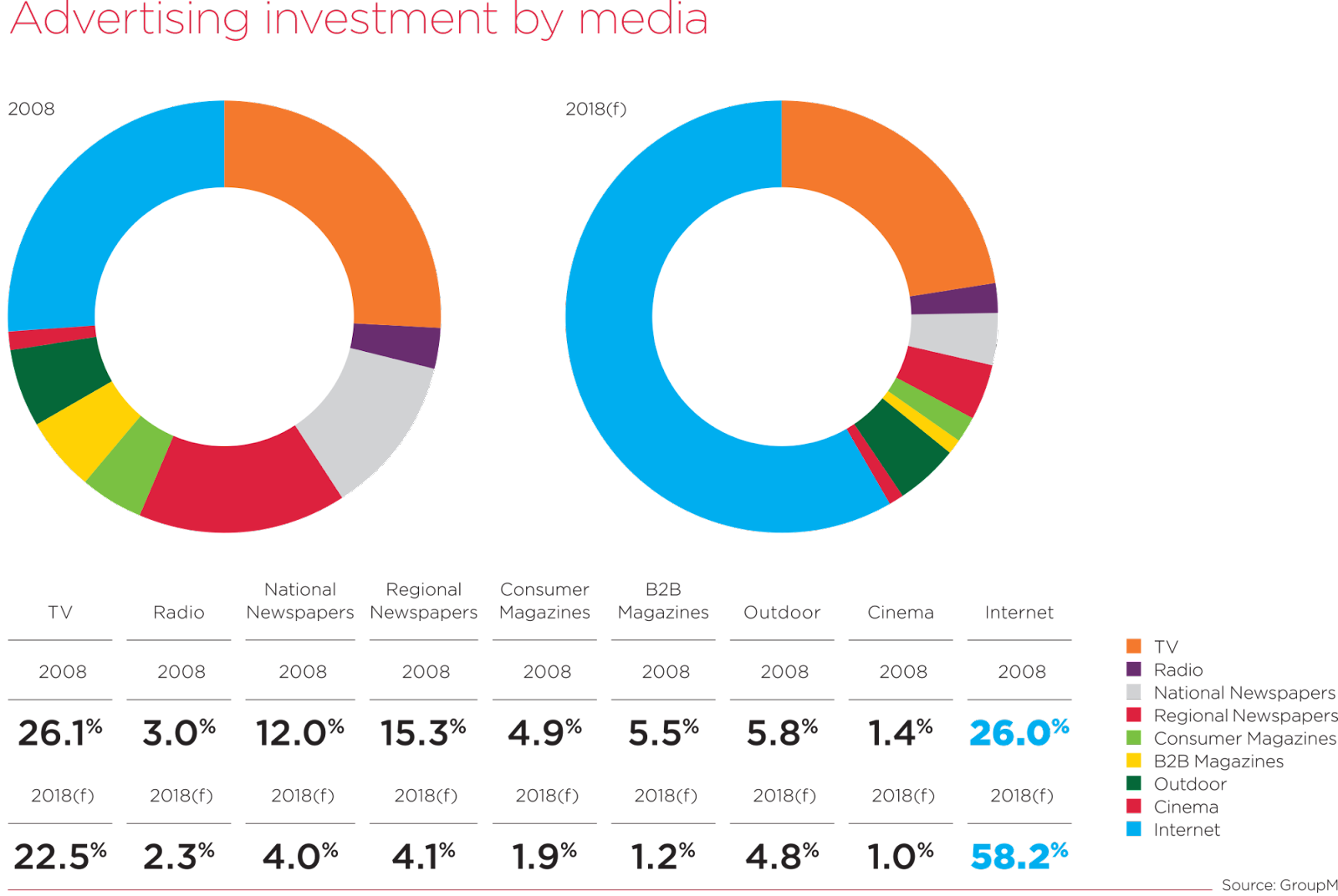 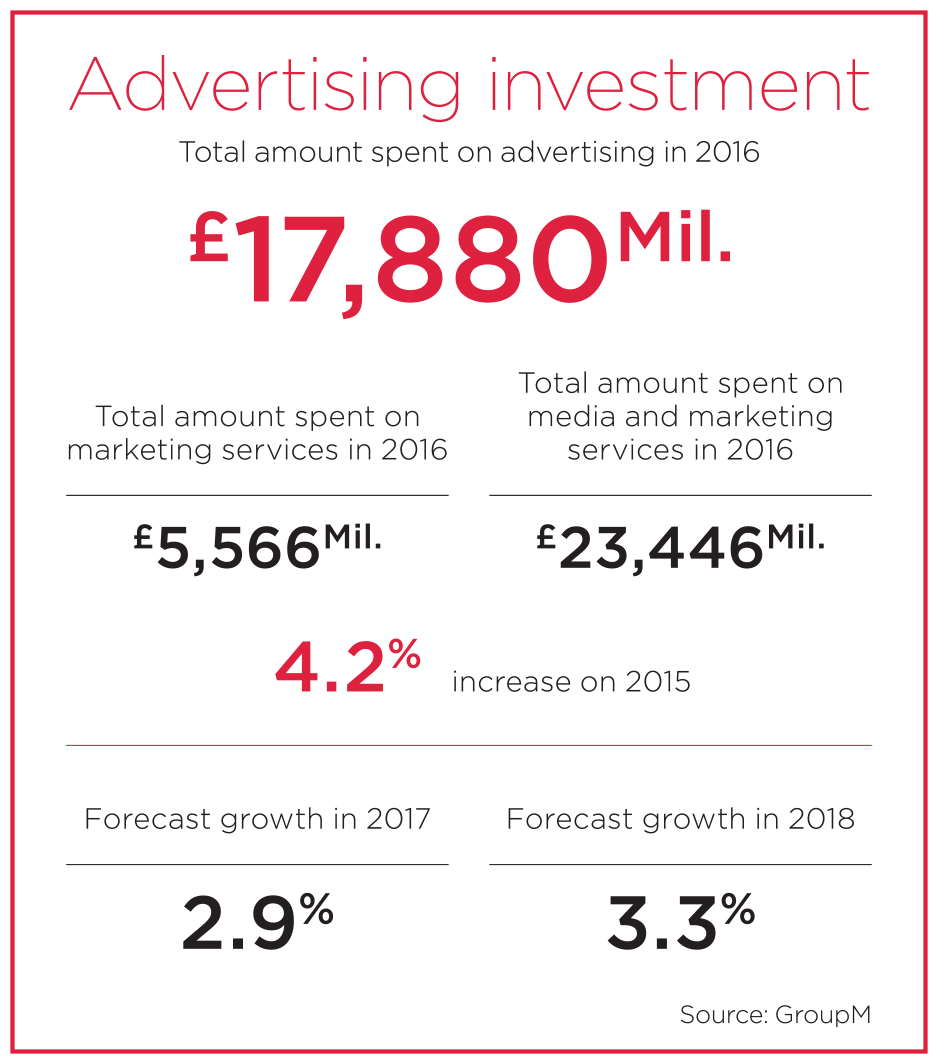 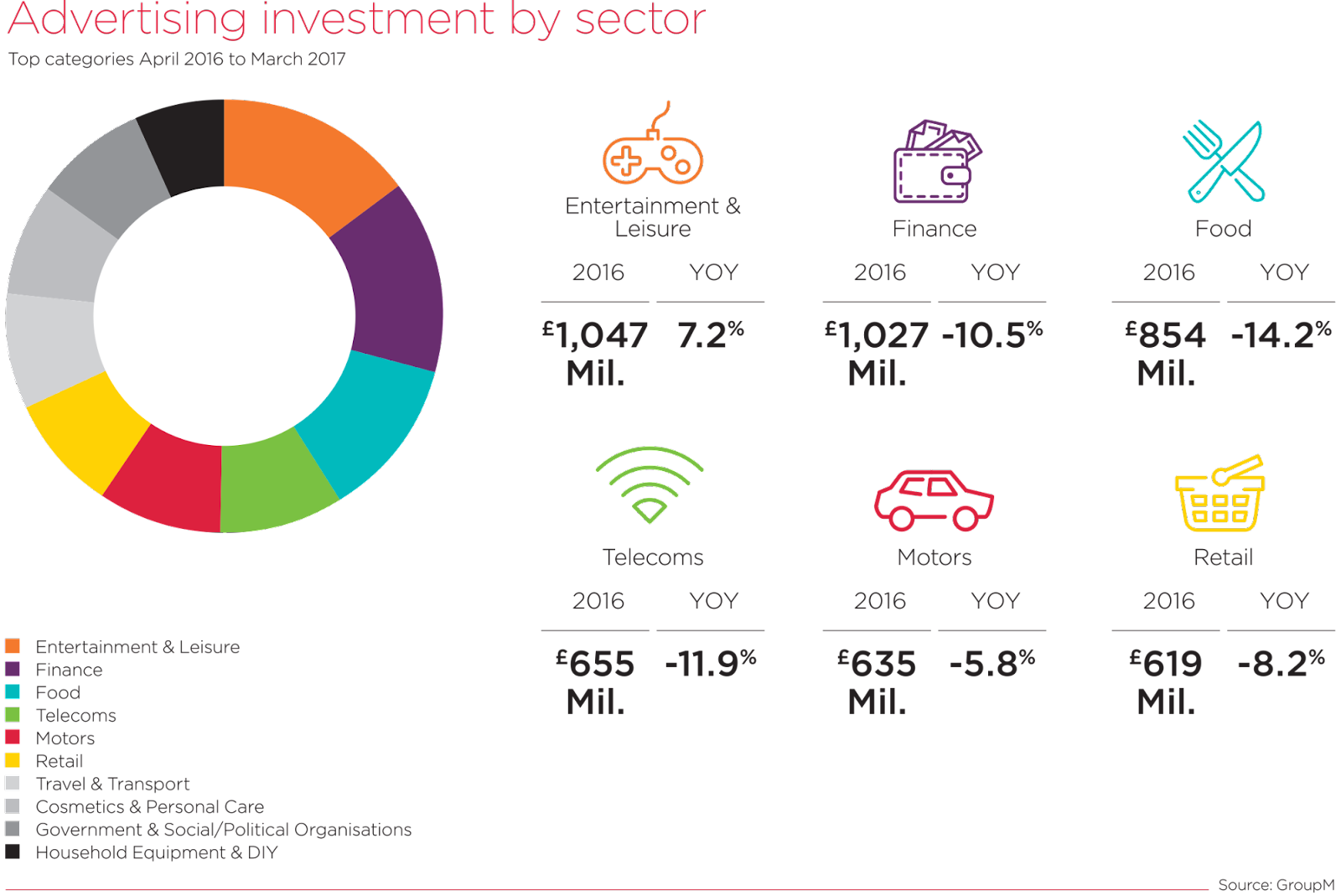 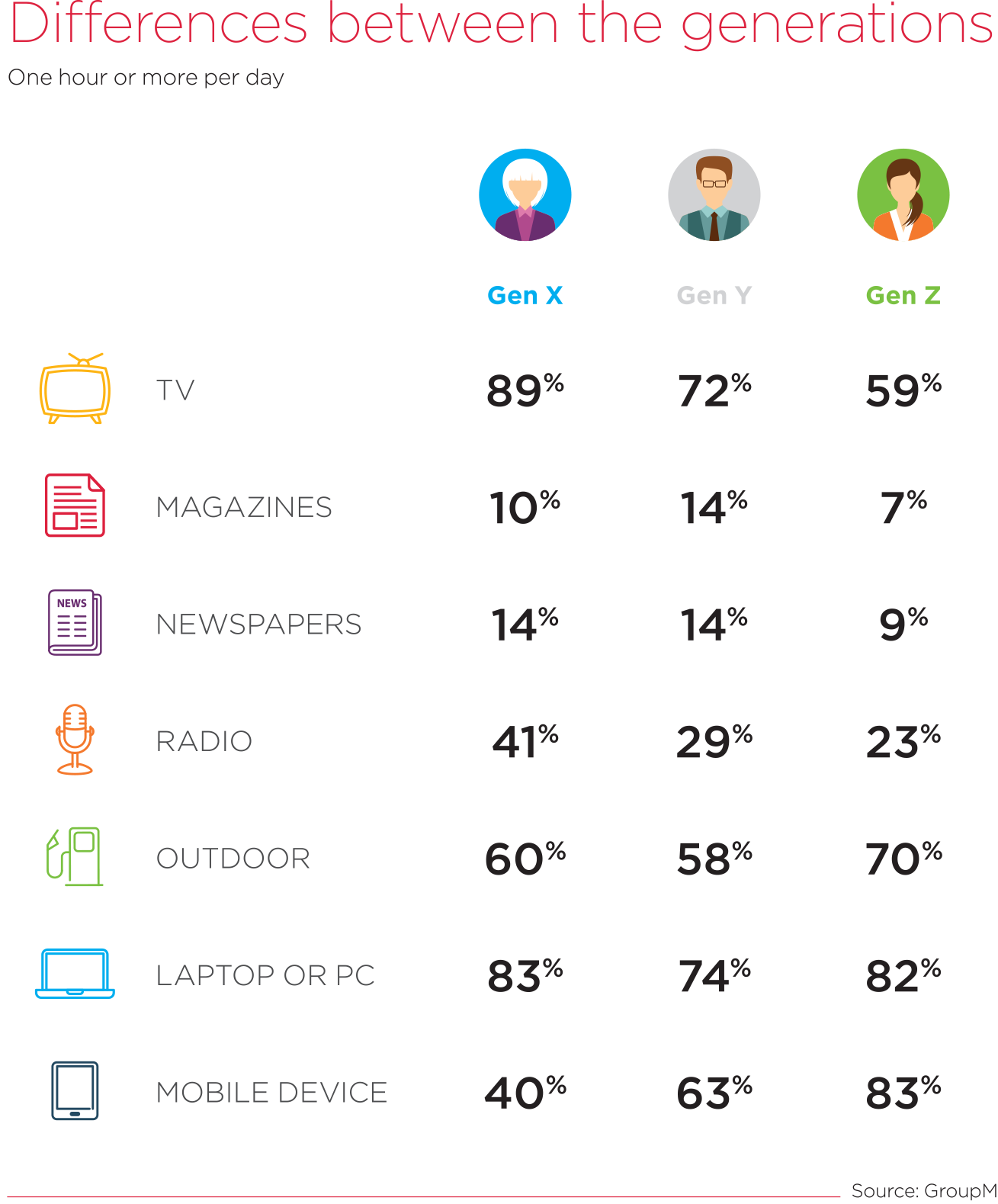 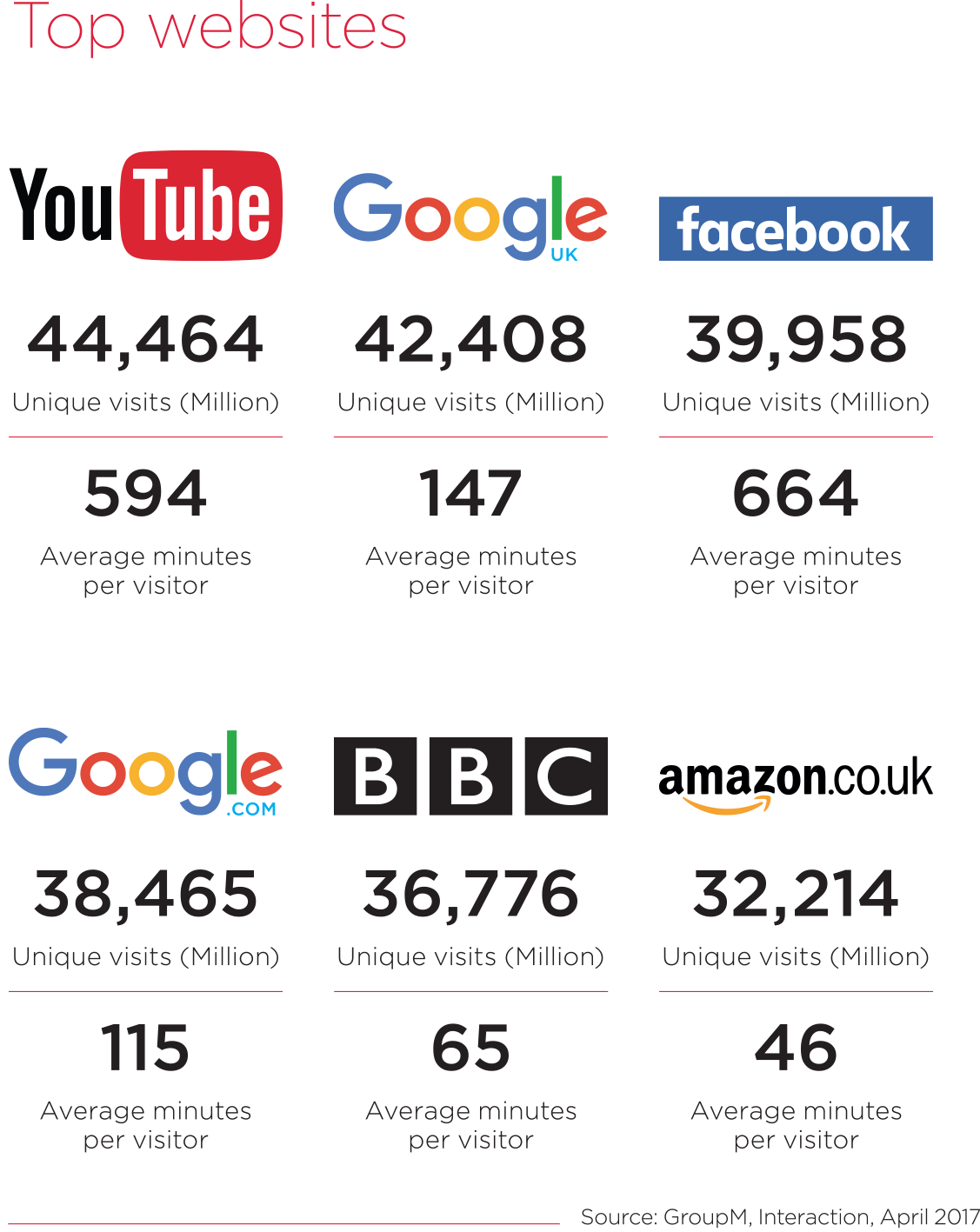 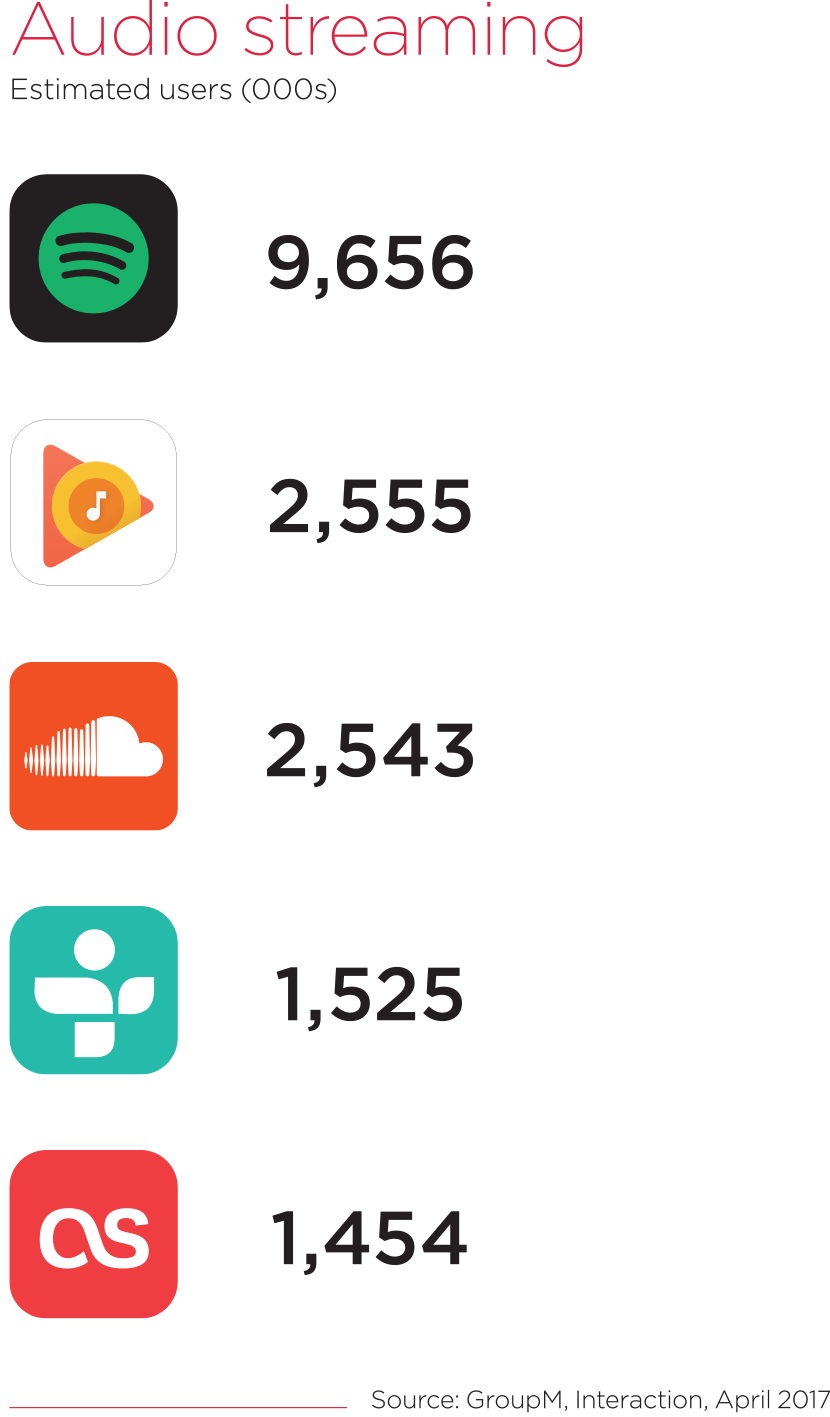 In late 2016, Amazon wanted to promote gift-giving, friendship and selflessness, so launched a video ad featuring a priest and an imam who were long-time friends. The men realize they aren’t as young as they used to be; the priest has the idea of ordering knee pads from Amazon from his friend, and the viewer sees that the imam has exactly the same idea. The brand takes a backseat in the ad, although the men use the app to quickly place their orders for their gifts to be delivered the next day. The ad closes without a branded message, just the readily identifiable Amazon smile logo. The ad aired on TV and went viral, with outpourings on Twitter about the warmth of the ad, along with some critical messages about religious tolerance. Kantar Millward Brown research found it was one of the most enjoyed ads in the country, and predisposed people to buy with Amazon in future.