Energy brands on both sides of the Atlantic advanced toward renewables, but at different speeds. Because of differences in consumer and regulatory pressures and incentives from financial markets, the brands in Europe have been moving faster than brands in the US, which has become the world’s largest energy producer with the development of shale oil and gas reserves.

Warnings contained in the UN Intergovenmental Panel on Climate Change (IPCC) report, the first issued by world leaders since the 2015 Paris Agreement, served as a punctuation point in the debate about climate change, however. The conversation shifted from whether or not to develop renewables to the pace of the switch.

As ExxonMobil and Chevron developed the shale deposits in the Permian Basin of Texas and Oklahoma, vast windfarms were being constructed not far away, and the juxtaposition echoed in the national political debate leading up to the next presidential election. To more accurately reflect this global transition, the BrandZ™ category name changed this year from oil and gas to energy.

Consumer-facing brands potentially took on new significance for diversified companies that operate both upstream exploration and downstream businesses. With ExxonMobil and Chevron exploring closer to home, rather than off-shore, consumers potentially become a more important influence to ensure political support for licenses to operate.

At the same time, lower crude prices improved margins for petroleum products and raised potential revenue and profit contribution from branded petroleum products and fuel stations. Shell plans to develop a 50-50 split between its fuel and non-fuel businesses. It controls 45,000 retail locations worldwide, a substantially greater presence than McDonald’s.

In the UK, Shell retained British celebrity chef Jamie Oliver to help publicize the quality of its food offering at the convenience stores connected to Shell service stations. The title “Jamie Oliver: deli by Shell” connected Shell-branded locations with Oliver’s reputation for healthy eating and concern for the planet.

Nearing the end of the financial impact from the Deepwater Horizon environmental disaster in the Gulf of Mexico, almost a decade ago, BP is invested in growth and brand communication. With the campaign “We see possibilities everywhere,” BP asserts that it can help the world keep advancing many ways, including with natural gas and solar.

The consumer voice is important in the US, for both fossil fuels and solar and wind, because consumers influence whether or not pipelines and high voltage transmission lines can be built to connect the energy production centers with the consumption markets. ExxonMobil operates a website called the Energy Factor that reaches consumers and the company is engaged with local stakeholders.

There has been a significant shift in messages to investor and political audiences. Brands are taking a more active role reporting on climate risk. Shell has committed to reporting on the emissions caused by its products, which is a complicated analysis. These changes resulted not only because of pressure from environmental groups, but from the assertions of values-driven shareholders.

Even as the US brands continue to drill for oil and gas, they are being careful to support, or at least not be seen as opposing, climate change initiatives. ExxonMobil, Chevron, and Occidental Petroleum joined the Oil and Gas Climate Initiative, a coalition of leading energy companies

ExxonMobil has recommended that the US stay in the Paris Agreement, supported a carbon tax, and carefully avoided the kind of missteps that led to the accusations that the company actively engaged in climate change denial.

The change in the tone of communications reflects the evolution of both the energy business and consumer attitudes. Shell, along with Total and BP, is investing heavily in new energies. For example, Shell bought First Utility, a supplier of electricity and gas to residential properties and businesses.

Shell has also acquired Sonnen, a German solar battery maker, and New Motion, one of Europe’s largest electric vehicle charging Networks, based in the Netherlands. In addition, Shell entered a joint venture to develop windfarms the US, off the New Jersey coast. BP purchased Chargemaster, a British electric vehicle changing station company. BP is also reporting on the carbon risk in its portfolio.

In the US, solar prices are declining, making it more attractive to consumers. In the rebuilding process following the devastation of Hurricane Maria, Puerto Rico has become a test location for micro grids that depend on solar energy and storage batteries. Interest in solar and the climate change conversation heated up with debate about a Green New Deal, an idea proposed by several members of congress.

Shell brand is trusted by consumers

The No. 1 brand in the BrandZ™ Energy Top 10, Shell is well-positioned for its plan to develop a 50-50 split between its fuel and non-fuel businesses. Consumers trust the Shell brand and see it as environmentally responsible and well prepared for the future. Shell operates 45,000 retail locations worldwide

Brands need greater understanding of the businesses they might be in as the industry changes. Energy companies make investments over a long-term horizon, so they are well placed to make long-term brand decisions. But they need to bring the long-term mindset they use for production into the marketing department.

Energy brands make possible the convenience we expect in our lives, whether we are using Uber or Lyft to transport ourselves or relying on Amazon to deliver our packages. Connect the dots between what energy does and how it enables other uses, including the materials that go into our smartphones, cars and clothing, or the medicine that keeps us healthy.

Reassure people that the brand is doing everything possible to limit the carbon intensity of everything it does and anything that anyone using its products does.

All of us as consumers have a conflicted relationship the products of our convenient, modern lives and their impact on our planet. We need to own that conflict, and brands need to trust people with the complexity of solving the climate change problem. 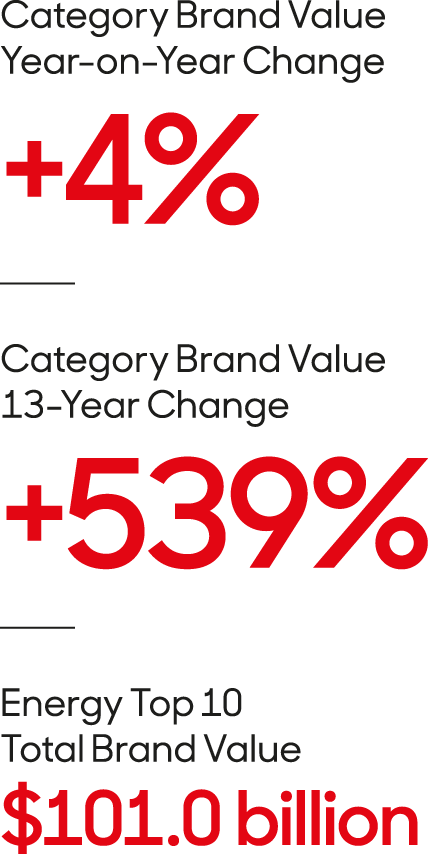 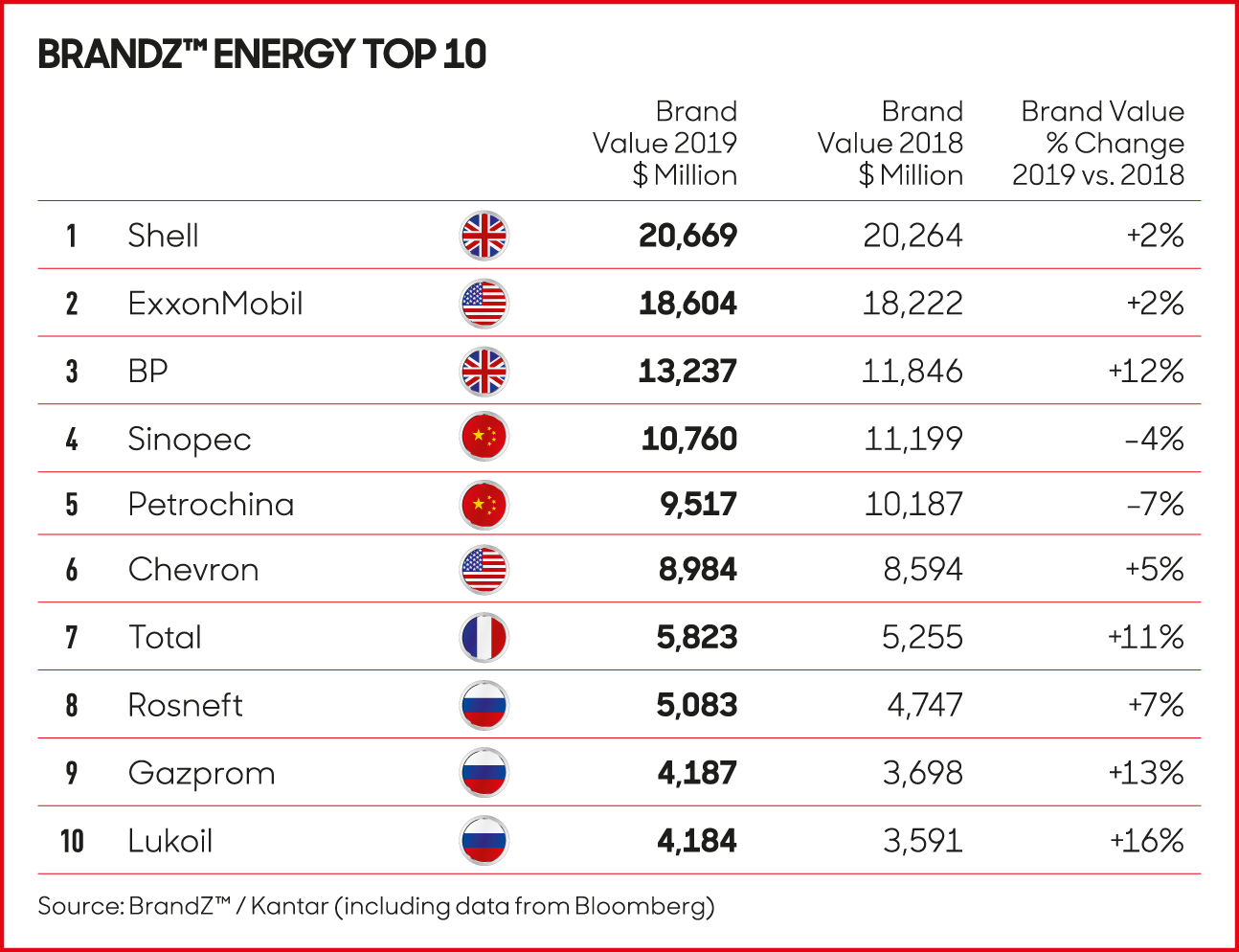