The value of the BrandZ™ Top 30 Most Valuable Dutch Brands remains concentrated at the top of the ranking, with the number one brand, Royal Dutch Shell, accounting for more than one-fifth of the brand value of the entire Top 30.

The top three brands in the Dutch ranking – Royal Dutch Shell, Heineken, and Booking.com – account for nearly half of the total brand value of the Top 30. The Netherlands’ top 10 brands account for a higher percentage of value of the national Top 30 – some 86 percent – than any other ranked BrandZ™ country. Given this, changes in just two or three brands can have a major impact on the year-to-year value of the Dutch Top 30. 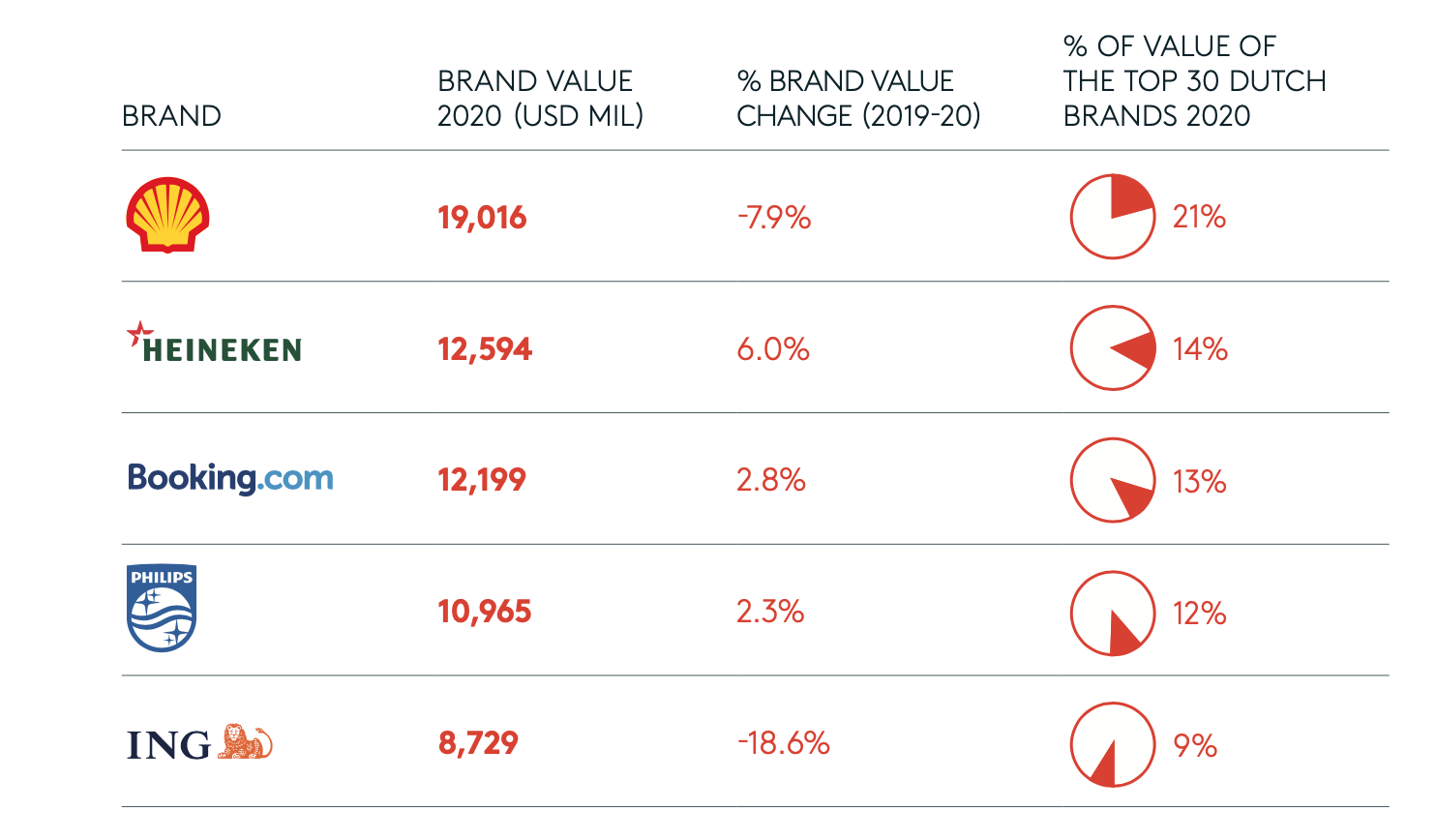 Energy, Banks, and Beer were the most valuable brand categories in the Netherlands, followed by Travel Services, Technology, and Telecom. Beer once again placed an impressive six brands in the Dutch Top 30.

Retail, the seventh largest category by total value, held the distinction this year of placing the largest number of brands in the BrandZ™ Top 30 Most Valuable Dutch Brands 2020 ranking. This category was led by global convenience store chain Spar at #10, followed by discount home goods retailer Action, which jumped the largest number of places of any brand this year: to #13, up from #17 in 2019. Grocery giant Albert Heijn was the next most valuable retail brand at #15, followed by the ranking’s two newcomers, Coolblue and Bol.com, at #16 and #18, respectively. Rounding out the retail pack were proudly quirky grocery chain Jumbo at #20 and playful discount retailer HEMA at #23. 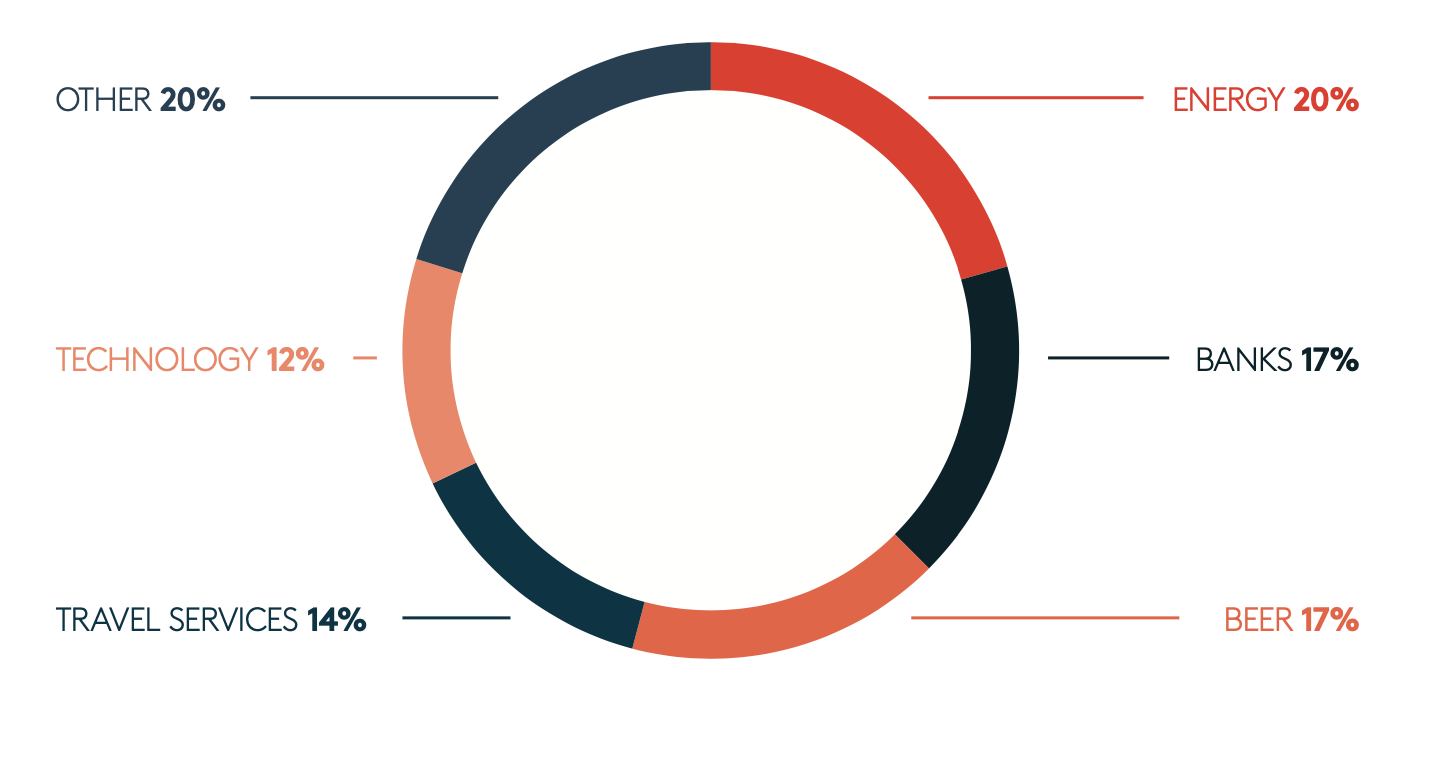 In this second edition of the BrandZ™ Dutch Top 30, it is now possible to examine year-on-year trends in category value. Retail was the biggest riser in terms of year-on-year percentage change, growing 53% in value in 2020 on the strength of two new retail brands entering this year’s list, as well as positive year-on-year growth for all five returning retail.  Online food delivery grew 52 percent year-to-year. on the strength of its sole category occupant, thuisbezorgd.nl.

Similarly, Energy fell by 8 percent thanks to a brand value decline of the same amount by its sole category occupant, Royal Dutch Shell. Insurance brands, meanwhile, declined in value by 10 percent due to a challenging year for Aegon. Banks declined overall by 16 percent overall, representing the largest category decrease in total dollar value in year’s Dutch rankings. Lastly, the Food category – which this year consists of a single brand, Honig – declined 25 percent. All other categories showed positive year-on-year value growth.

Now is the time for CMO’s

Data is bigger than numbers

The limits and opportunities in regards to in-housing creativity