li:before{content:"▪ "}ul.lst-kix_lis BrandZ is the world's largest brand equity database. Created in 1998 and continually updated. BrandZ is an invaluable resource, containing data on brands gathered from interviews with over 150,000 people every year in up to 400 studies around the world"> brandZ | Report -
We’ve stopped what we are doing and creating your personalized BrandZ™ report, which will appear in your inbox soon.

Italy ranks 18th out of 80 countries in the latest global Best Countries ranking, an international study identifying the strengths, weaknesses and changing perceptions of countries.

Italy has been pushed down the ranking by Singapore and China, both of which have surged ahead due to improved perceptions of them being “open for business” and being “movers” – a measure of a country’s future growth based on per capita GDP. The arrival of Belgium in the ranking, newly included for 2019, also pushes Italy down one place, as Belgium debuts at #17.

This all reflects the increasing competitiveness of global markets, and the importance of not just creating but maintaining positive consumer perception about a market. It shows that while Italy has achieved fairly steady scores relative to a year ago, this is not enough in such a competitive world. Standing still means moving backwards.

What probably hasn’t helped Italy’s international standing is that news headlines relating to the country in the past year have generally related to political upheaval and instability. Economic growth has been sluggish, unemployment remains a major concern, and the birth rate is low – with clear implications for the national economy as the population ages.

How Italy compares to the world

Italy’s brand reputation, according to the Best Countries Report, is centered around its culture and heritage. The country ranks #1 in the world out of 80 countries on the cultural influence and heritage sub-rankings, and is #2 for adventure. It is also first in the world for having great food, appealing fashion, being culturally accessible and trendy. Its friendliness (#2 out of 80) and rich history (#3) also contribute to its image around the world.

Entrepreneurship: it is connected to the rest of the world, has an educated population, is entrepreneurial, innovative, and provides easy access to capital. There is a skilled labor force, technological expertise, transparent business practices, well-developed infrastructure, and a well-developed legal framework. 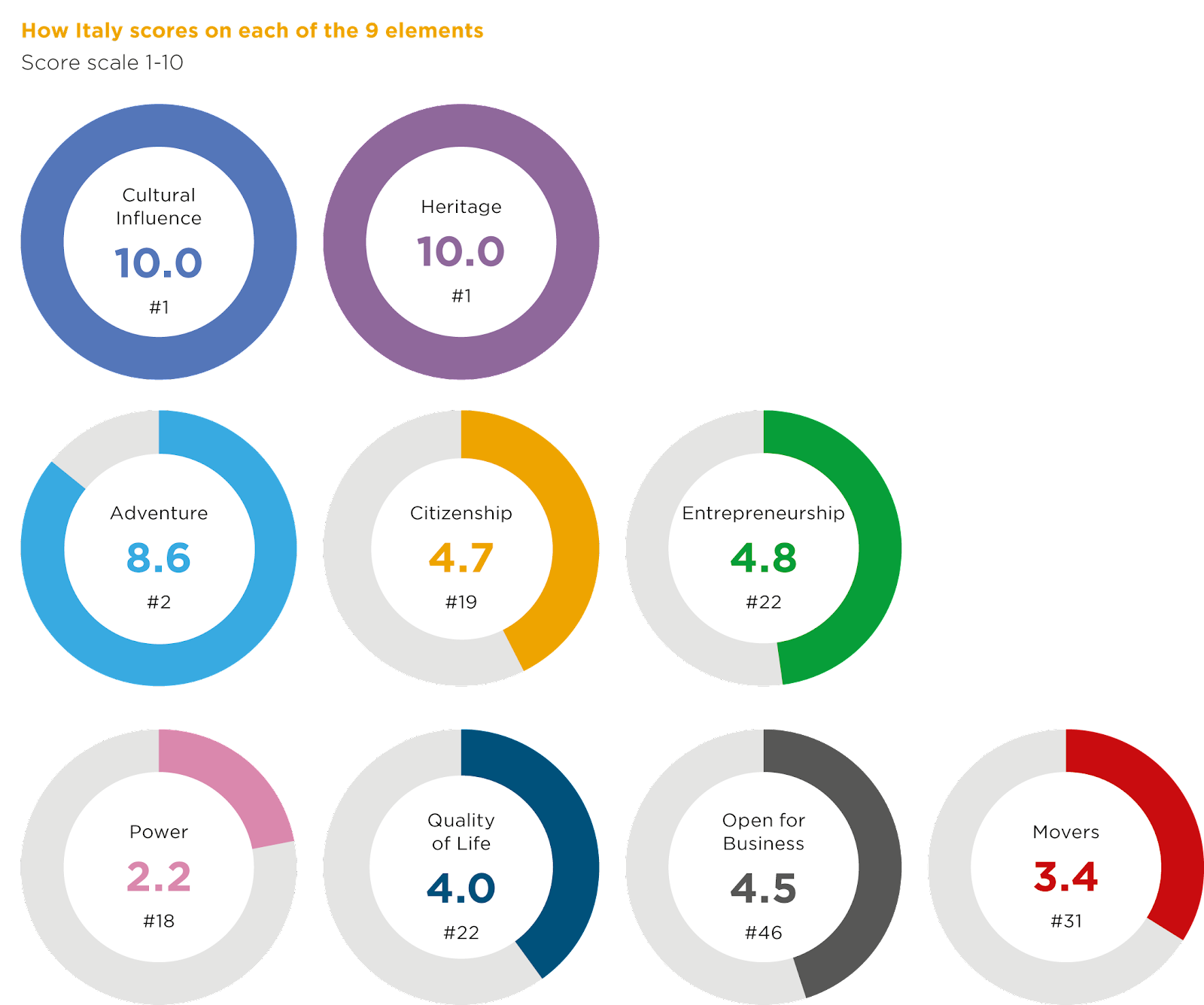 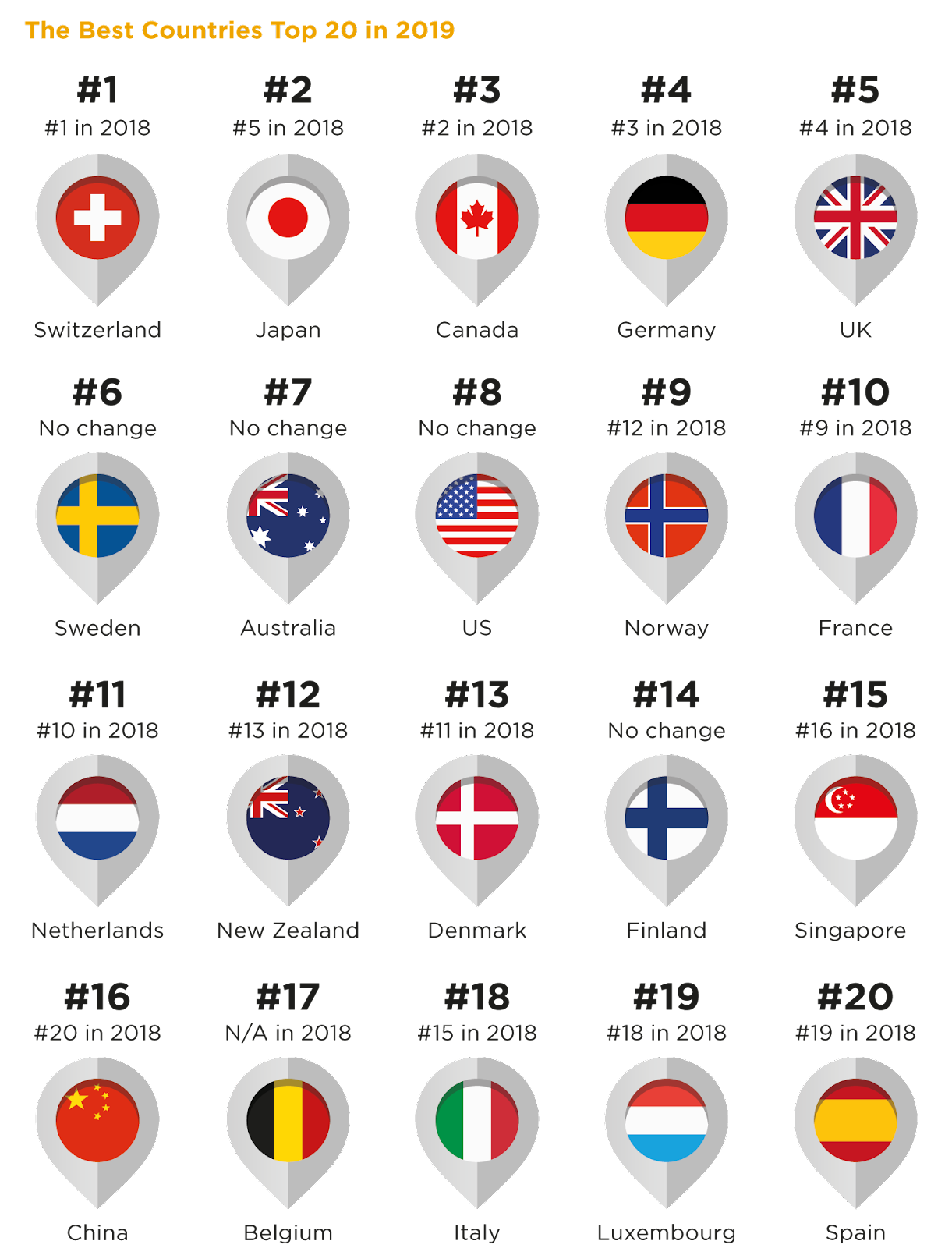 Here, Italy is a strong performer. Its long-earned credibility for culture and heritage has helped it secure top Origin Index rankings in the categories of food, wine and fashion. This aligns closely with the country’s current profile of exports. Italy also stands out in the Origin Index for automobiles (ranking #3 in the world), powered by iconic Italian brands such as Ferrari and Lamborghini, which reflect perceptions of Italy around style. 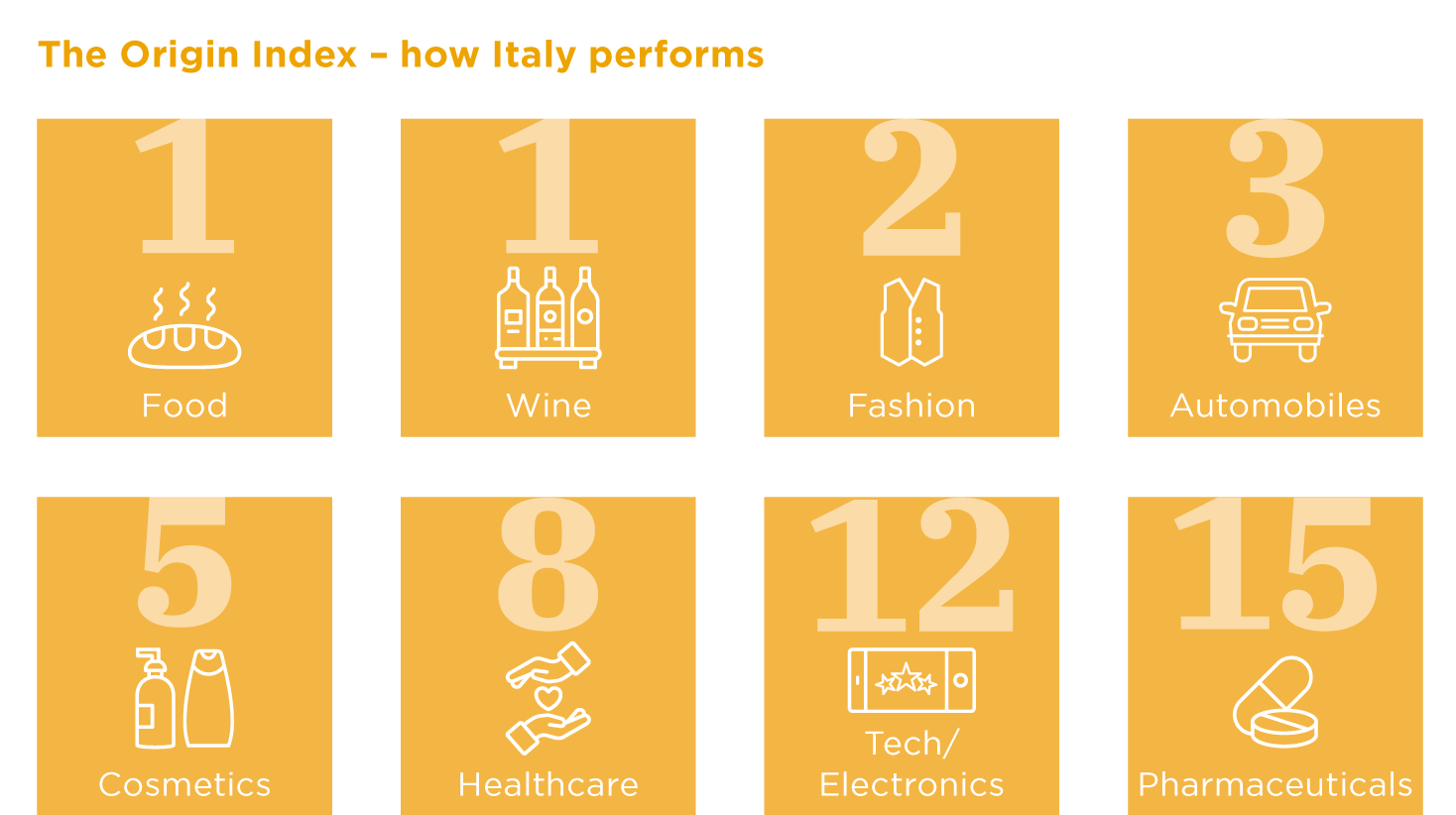 What Italian brands should know

While brands with obvious cultural links – food, wine and fashion brands, for instance – can most easily use their Italian heritage to create a competitive advantage, cosmetics, travel, engineering and healthcare brands can also take advantage of Brand Italy. Italy is still developing its reputation in technology, and Italian tech companies have an opportunity to shift perceptions of their home country as they grow on the world stage, ultimately paving the path for even more development in that area.

BAV has assessed the way one of Italy’s best-loved exports measures up against Brand Italy in the minds of consumers. Perceptions of the chocolate-hazelnut spread Nutella in the United States in many ways echo the way Americans think of Italy itself. Both Nutella and Brand Italy are seen as authentic, trendy and down to earth.

Brand Italy has certain attributes that Nutella could draw on: the country is seen as being glamorous, charming and sociable. In seeking to expand in the US market, Nutella can draw on Italy’s reputation for charm, sociability and to some extent glamor. Attributes relating to being a premium product and being high quality should be pursued by the brand alone.

The OI Matrix below shows how attributes associated with Italy but not yet with Nutella can help the brand broaden its reputation - and those personality traits that are strongly linked with Nutella but not Italy itself are best pursued by the brand without making the link with its Italian heritage. 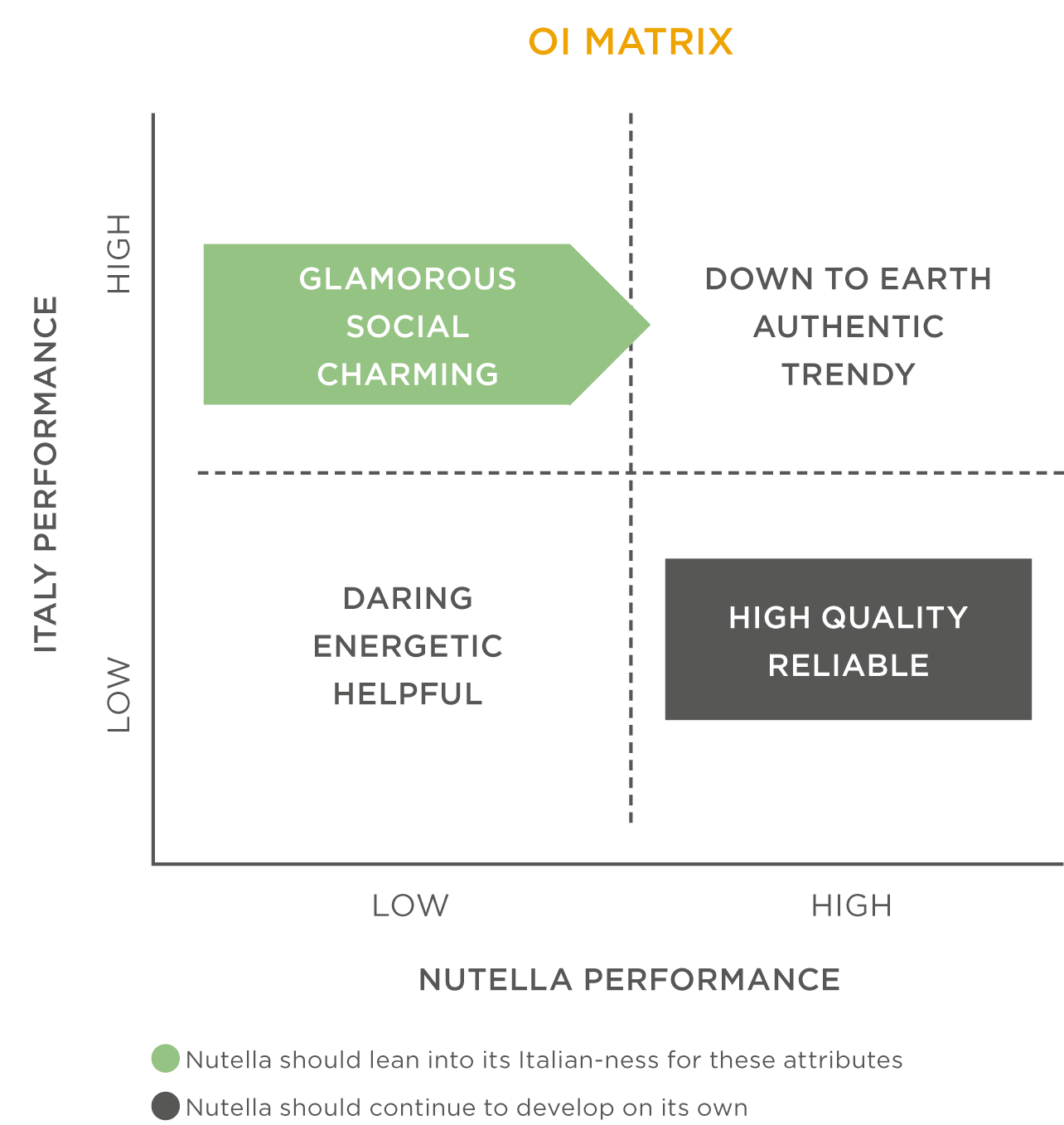