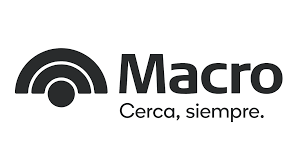 Macro is a private bank that has grown enormously in the past 10 years. Founded in 1988 as a commercial bank, Macro has acquired shares in numerous privatized provincial banks. These include Banco Misiones, Banco Salta, Banco Jujuy and Banco Bansud. It has also acquired some branches of Scotiabank Quilmes, Nuevo Banco Suquía, Banco Nuevo Bisel, and Banco Privado de Inversiones Banco Tucumán. This ambitious acquisition program has resulted in it becoming the third-ranking private Argentine bank in terms of net assets, the fourth in terms of deposits, and the fifth in terms of lending to the private sector. Macro has the most extensive branch network in the country. Macro Bank was listed on the New York Stock Exchange in 2006, making it the first Argentine company to be listed abroad since the end of the 1990s.