India advertising will increase by 14 percent in 2019, following on a 15 percent increase in 2018, according to GroupM forecasts. The 2019 figure makes India the fastest-growing major ad market in the world. By comparison, China is the second-fastest growing ad market with a 6 percent year-on-year increase.

Thanks to this strong record of growth, India has retained its ranking as 10th largest advertising market in the world. India is also tied with Japan and the UK as the third-largest contributor to global incremental advertising expenditure growth, after the USA and China.

The allocation of media spending by has remained relatively stable, with FMCG accounting for the largest share, 29 percent, up from 27 percent the year prior. The remaining balance of spending was distributed fairly evenly across sectors including e-commerce, automobiles, retail, and technology/telecom. 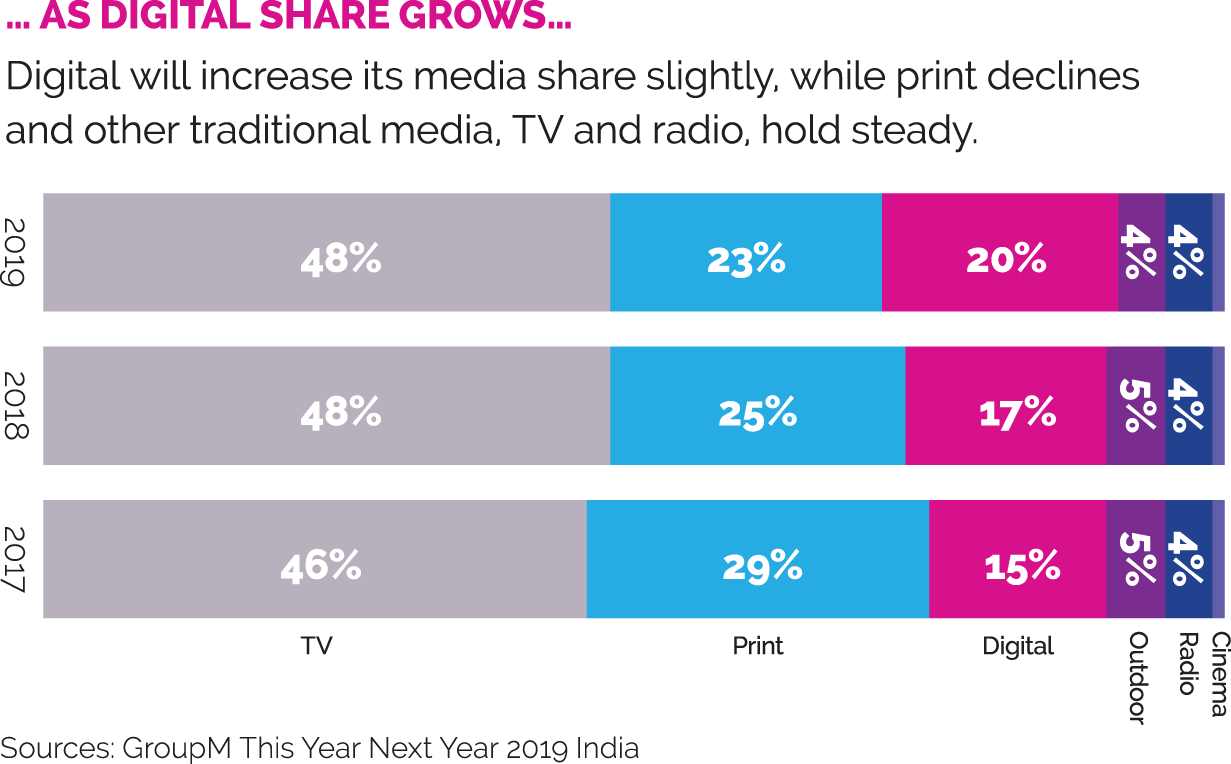 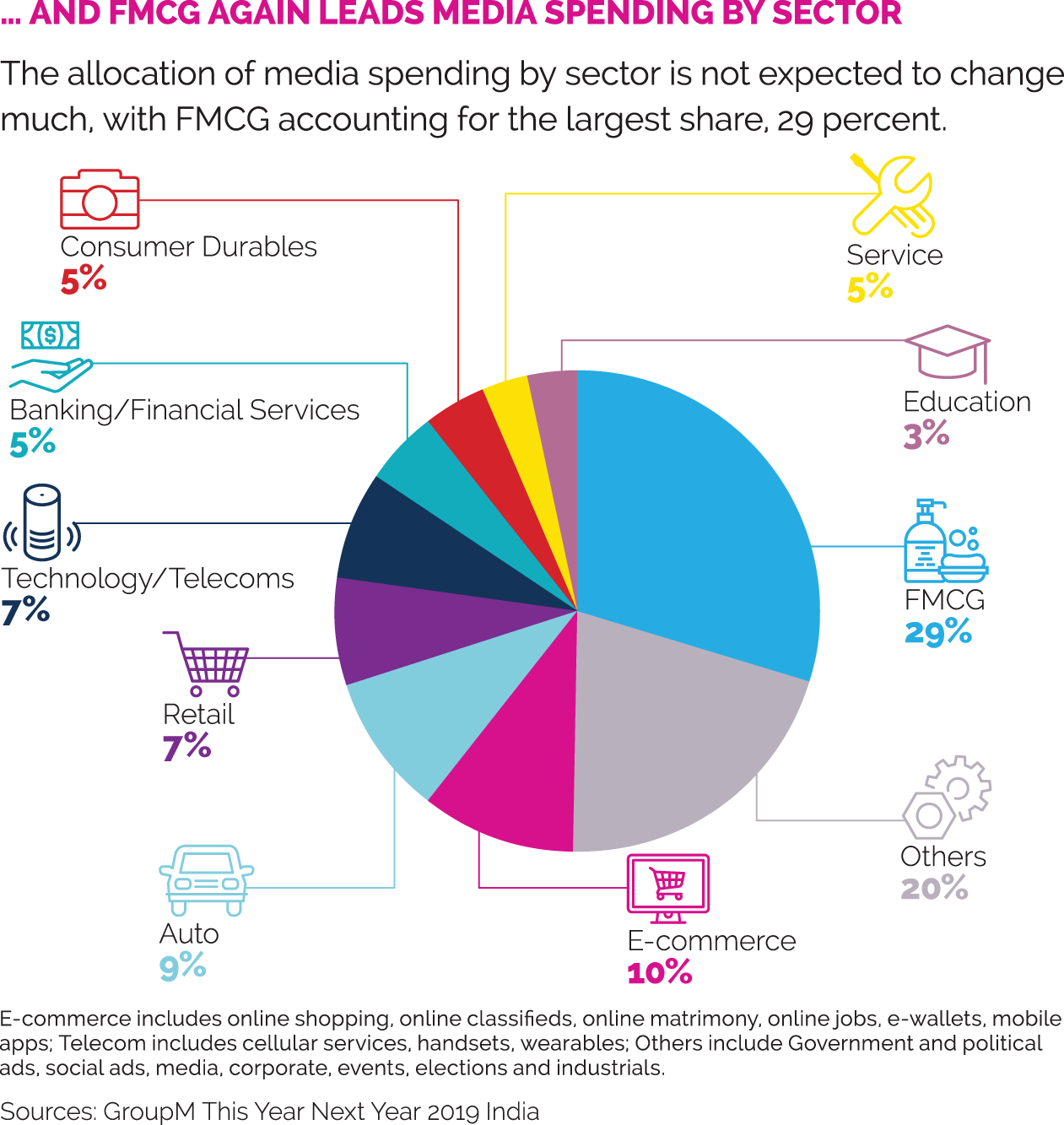