The gradual digitization of consumers’ lives is being reflected in the way brands are deciding how to target them. In 2017, online gross adspend was due to overtake investment in TV advertising in Germany for the first time. This would make Germany one of only about 15 countries in the world where brands are spending more money online than they are on the traditional TV screen.

But this pioneering shift belies something curious about media consumption in Germany: traditional media are still immensely popular and incredibly powerful.

On average, Germans spend around four hours a day watching the old-fashioned TV, and more than three hours more listening to the radio. By comparison, the time spent online each days is just under three hours.

The difference, of course, is that when people are online, so much more can be understood about them – where they are, what else they’re interested in and much about who they are – enabling advertisers not only to reach these people effectively, but to reach them with a message that’s more likely to be relevant to that individual.

What’s also clear is that there’s a generation gap opening up when it comes to media consumption. The audience of people aged 16 to 24 watching “regular” linear television fell by 13 percent in the two years to 2016. It’s not just that old and young are interested in different content; they’re consuming it in entirely different ways.

Not surprisingly, it’s younger people who are the biggest users of social networks, although these are not as widely used as in other Western European markets. The most popular social network in Germany is Facebook with a penetration rate of 60 percent in Germany (68 percent is the northern and Western European average). YouTube is used by 46 percent, Instagram by 18 percent and Twitter just 15 percent, compared to 23 percent for the rest of the region. And  while increases in the level of investment going to online media have largely come at the expense of print, magazines and newspapers still play a key role in helping German consumers stay up to date.

Germans spend an average of more than half an hour a day with a print publication, although it is likely that a smaller proportion of people are spending much longer than that with their favorite read. The medium they actually spend most time with is radio, which even in this digital age accounts for 32 percent of their media time, and 4.4 percent of advertising spend. 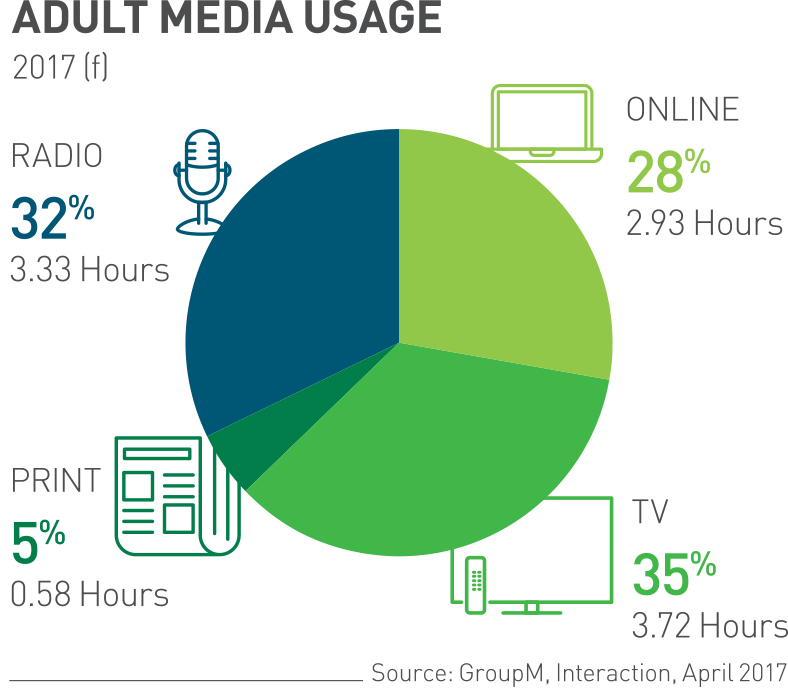 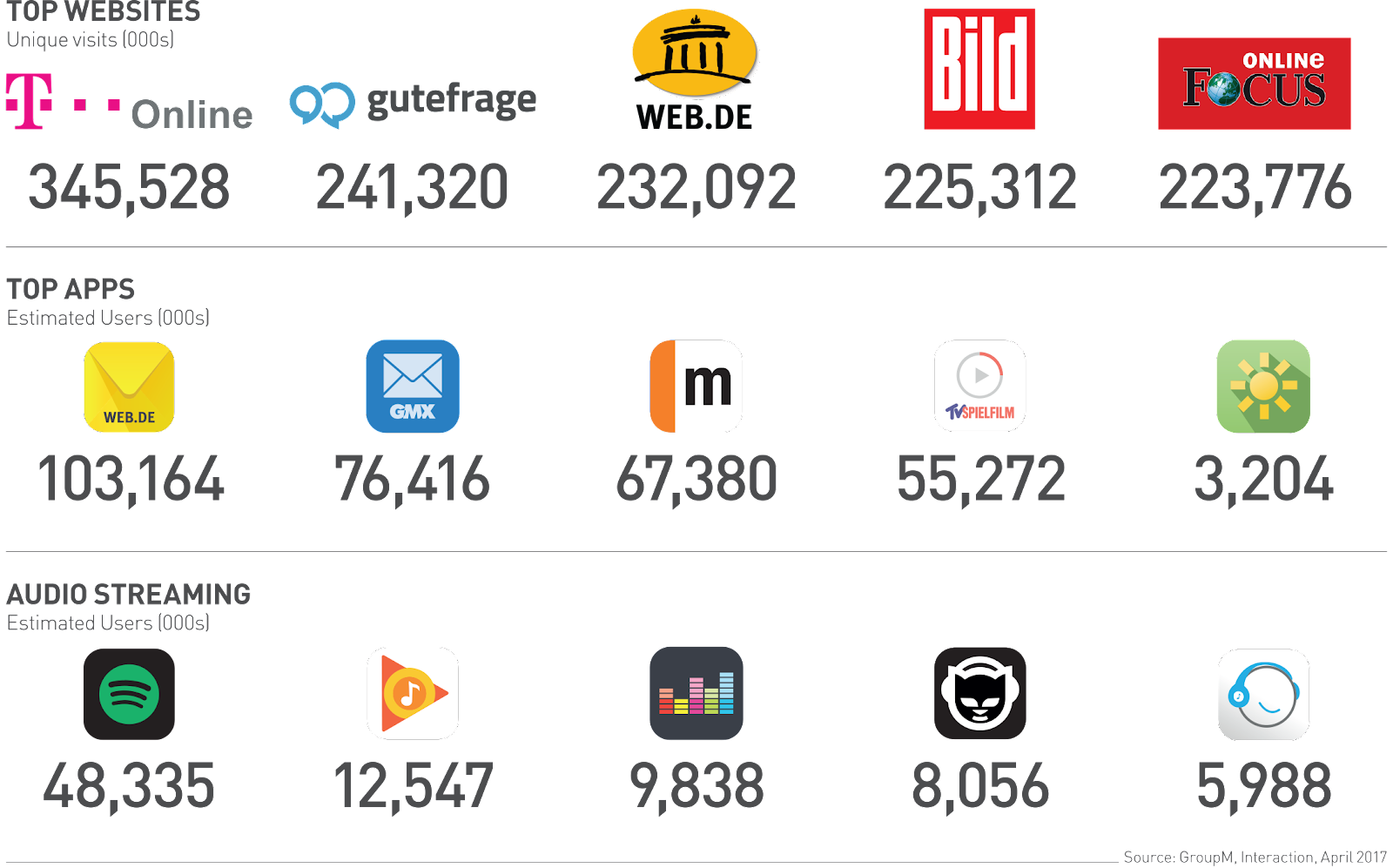 Reaching out to consumers in innovative ways is not just a smart way to maximize reach, or to engage with people online who are moving away from TV and print. It’s also an investment in brand value. BrandZ research consistently shows that consumers see the brands that invest in digital communications as innovative, and brands perceived as being innovative tend to have higher brand value.

But the smartest brands are not just switching traditional media budgets over to digital; they’re using media together – mirroring the seamless way that consumers use different devices – with multi-media campaigns designed to generate an effect that’s greater than the sum of its individual parts.

And there’s still plenty of mileage, across all media, in good, old-fashioned storytelling, and compelling stories combined with memorable imagery are still at the heart of some of the most memorable campaigns in Germany. In a recent campaign for Audi, for example, an entertaining and intentionally over-the-top TV ad showed how having your car serviced by a dealer rather than a random mechanic was more than a good idea – it was a triumph of good over evil. Greasy and menacing-looking mechanics chased down an Audi as it roared through the desert to reach an Audi service center for a tune-up.

Fashion brand Tommy Hilfiger collaborated  with model Gigi Hadid on a project aimed at young consumers that became less of an ad campaign and more the creation of a community. In a break from traditional celebrity endorsement of a brand, Tommy Hilfiger created a Tommy x Gigi collection designed to the Snapchat generation. Ahead of the Spring ’17 collection launch, the brand took Gigi on a trip around the world to meet key online influencers in major cities, and let fans share control over the looks that would later hit the runway. The #TogetherTour took Gigi to Berlin, Dubai, Milan, Shanghai and Tokyo, and gave fans the opportunity to chat informally with Gigi about the collection, with short films made in each city for sharing online. The brand gained 725,000 new members on social networks over a two-month period, 90 percent of whom were in the target audience. High double-digit growth was seen in retail and e-commerce performance versus the same period a year earlier. Tommy Hilfiger, once the official outfitter of 90s hip-hop, was relevant all over again.