This growth pushes India up one rank to become the world’s tenth largest media market, and among the Top 5 countries in incremental advertising expenditure growth. The other countries are the US, China, Argentina, and Japan.

Digital will expand its media share slightly, while print declines and other traditional media, TV and radio, hold steady. The allocation of media spending by sector is not expected to change much, with FMCG accounting for the largest share, 27 percent, and the balance of spending distributed fairly evenly across sectors including e-commerce, automobiles, retail, and technology/telecoms.

India is the fastest-growing advertising market in the Asia-Pacific region, and among the fastest- growing markets in the world, according to GroupM. Between 2015 and 2017, add spending in India increased at a compounded average growth rate of 11 percent. In contrast, ad spending in China grew 5.6 percent during the same period. 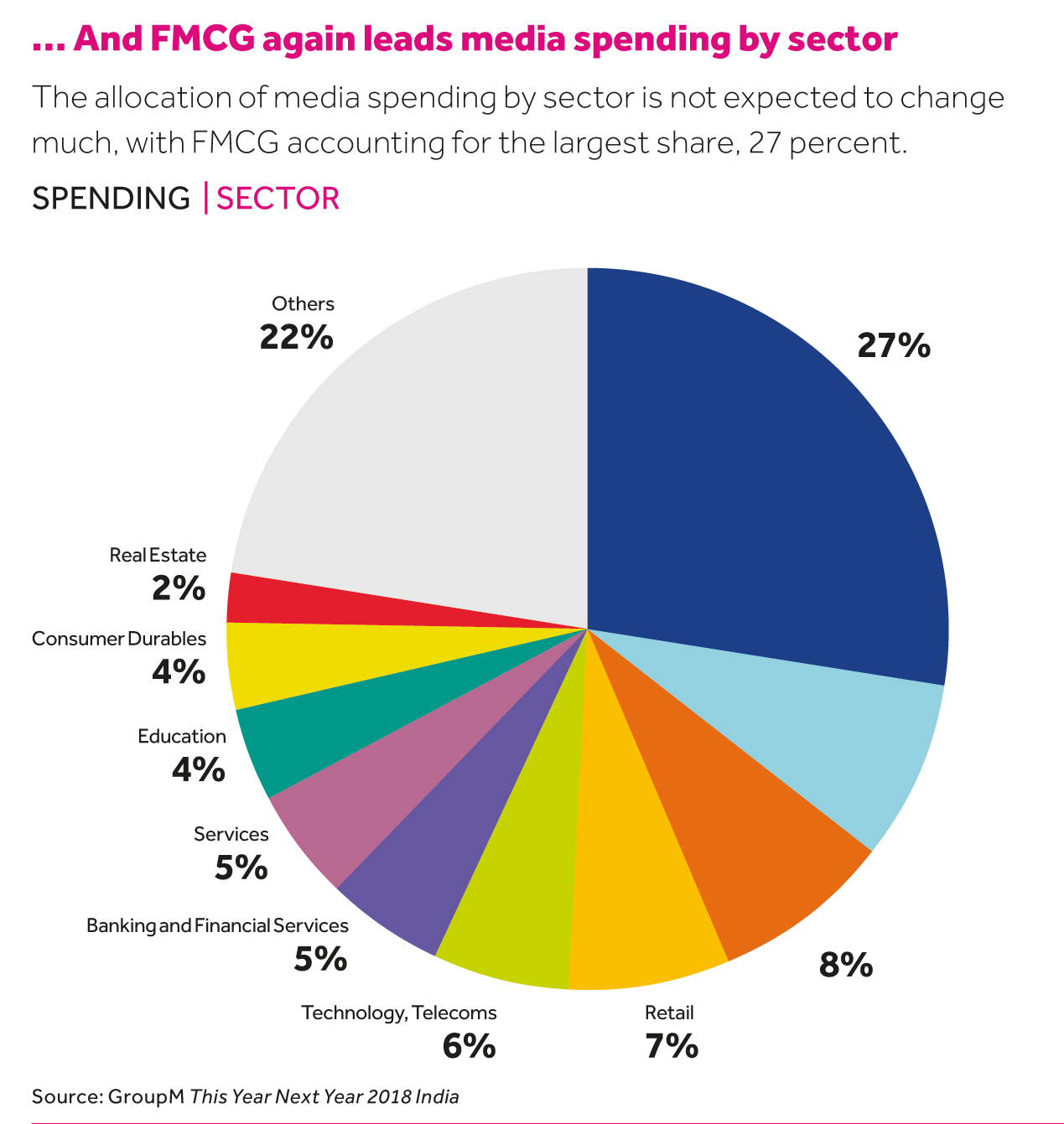