Seen from the headlines, media and especially its digital sector have seen stormy weather in 2017. P&G famously declared a pause in its digital efforts in order to eliminate “ineffective” ads. Fiat Chrysler Automobiles and others have vocally pushed back against the Facebook/Google duopoly, which currently commands 60 percent of the total online advertising market. Surely big changes in the advertising spending mix must be in the works.

In fact, we find little evidence of this. 2017 saw more of the same in terms of medium term trends in the United States advertising market. On a percentage basis, American advertising on TV, contrary to popular belief, has not showed a major decline in recent years. Since 2010, it has hovered in a range of 43-44 percent of total advertising spend, a trend that looks set to continue into 2018.

The takeaway is that American marketers are voting for TV with their pocketbooks in a different way from how they’re often speaking about it in public. For all the anxiety over cutting cords and younger people’s preference for social media and smaller screens, they know that Americans still watch TV. Forty-nine percent of Gen Y'ers, for example, watch at least an hour a day. And brands prefer to catch this shrinking audience in a medium they trust and know well.

Digital has doubtless had a tough year in the public eye. For a long time, the sector has marketed itself on performance, promising accountability for spending and measurable results. However, with scandals over brand safety and ongoing frustrations about the opaqueness of data on major platforms, the market has seen brands openly questioning and even redirecting investments away from online advertising.

Advertisers are also finding new ways to make digital ads more relevant to consumers. While the evidence is anecdotal, brands and agencies are experimenting with complex, layered data sets that combine traditional demographic and first party data with emotional, affinity, psychographic, and other data to create more engaging ads—a trend that should continue into 2018.

For the past several years, newspapers and magazines have borne the brunt of digital’s ascent. The picture is particularly bleak for the former, whose advertising revenue is projected to fall 8 percent in 2017, when it will account for only 7 percent of total spend. Magazines are also facing a challenging environment, losing 6 percent of their advertising revenue for an 11.8 percent share.

However, beneath the numbers, the picture may be less dire, as these companies try to recapture lost revenue elsewhere. In spite of a paywall, for example, The New York Times has the 31st most popular website in the United States, ahead of Yelp and Walmart.com. It’s unclear how many dollars newspapers and magazines are generating from digital, but these hybrid players are certainly attracting readers.

The radio advertising market, on the other hand, has been relatively steady in recent years. It is projected to account for 4.2 percent of advertising spending in 2017, which is on par with its global peers.

Meanwhile, out-of-home spending accounts for 2.4 percent of overall advertising investment, a share that has remained remarkably steady in the last decade. It’s worth noting that Americans spend less on outdoor advertising than marketers in most wealthy countries—probably due to a combination of a less dense population and less frequent use of public transportation. But as cities revitalize their cores and people’s taste for greener lifestyles grow, this sector may show signs of life.

Overall, at a projected $179 billion, the American advertising industry remains by far the largest in the world. In 2017, according to GroupM, it will take second place only to China as a contributor to global growth in the industry. In 2018, long term growth trends look set to continue as the industry grows 3.3 percent overall to $189 billion in total spending. So for all the shouting and excitement, much remains the same. 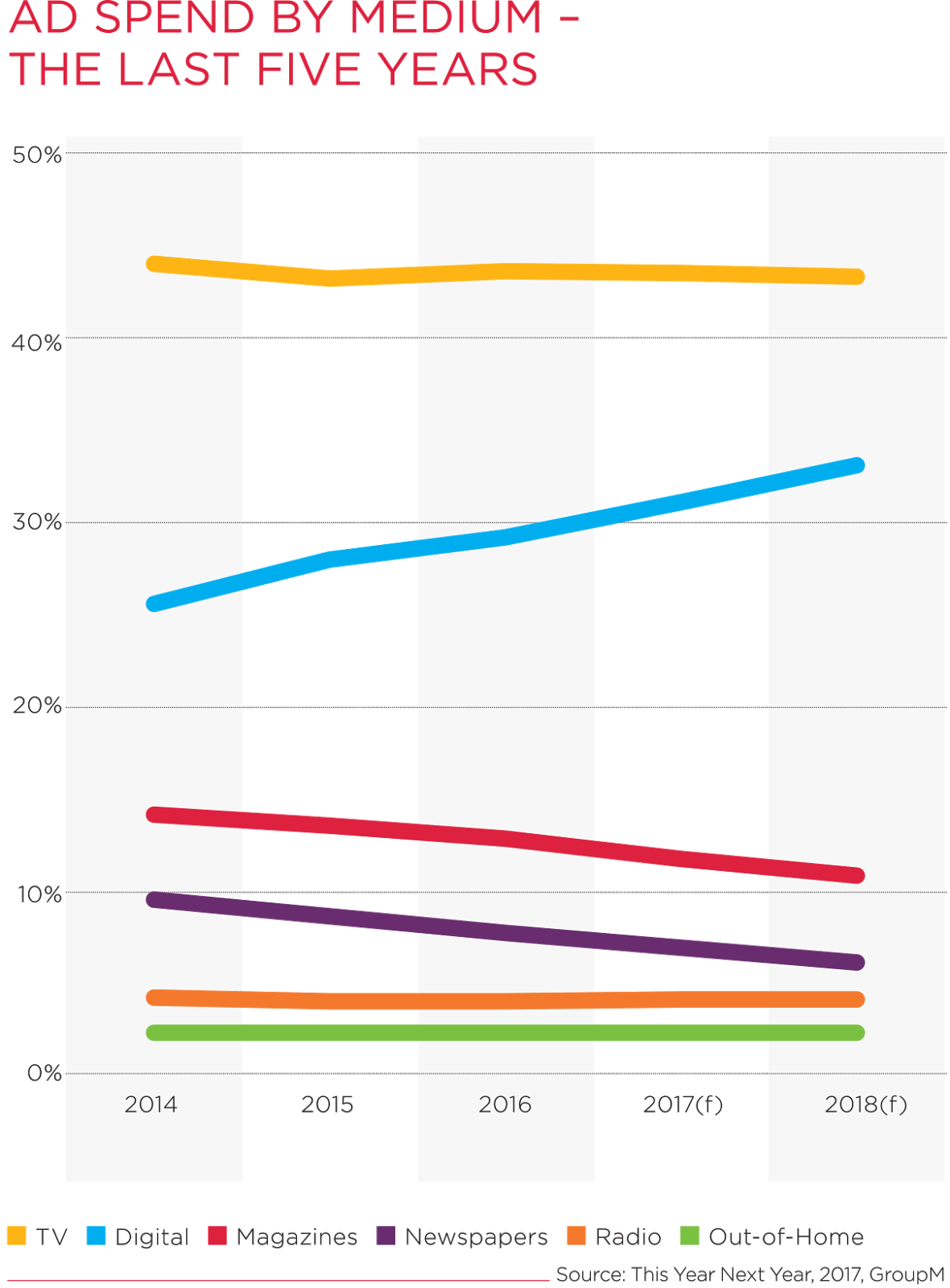 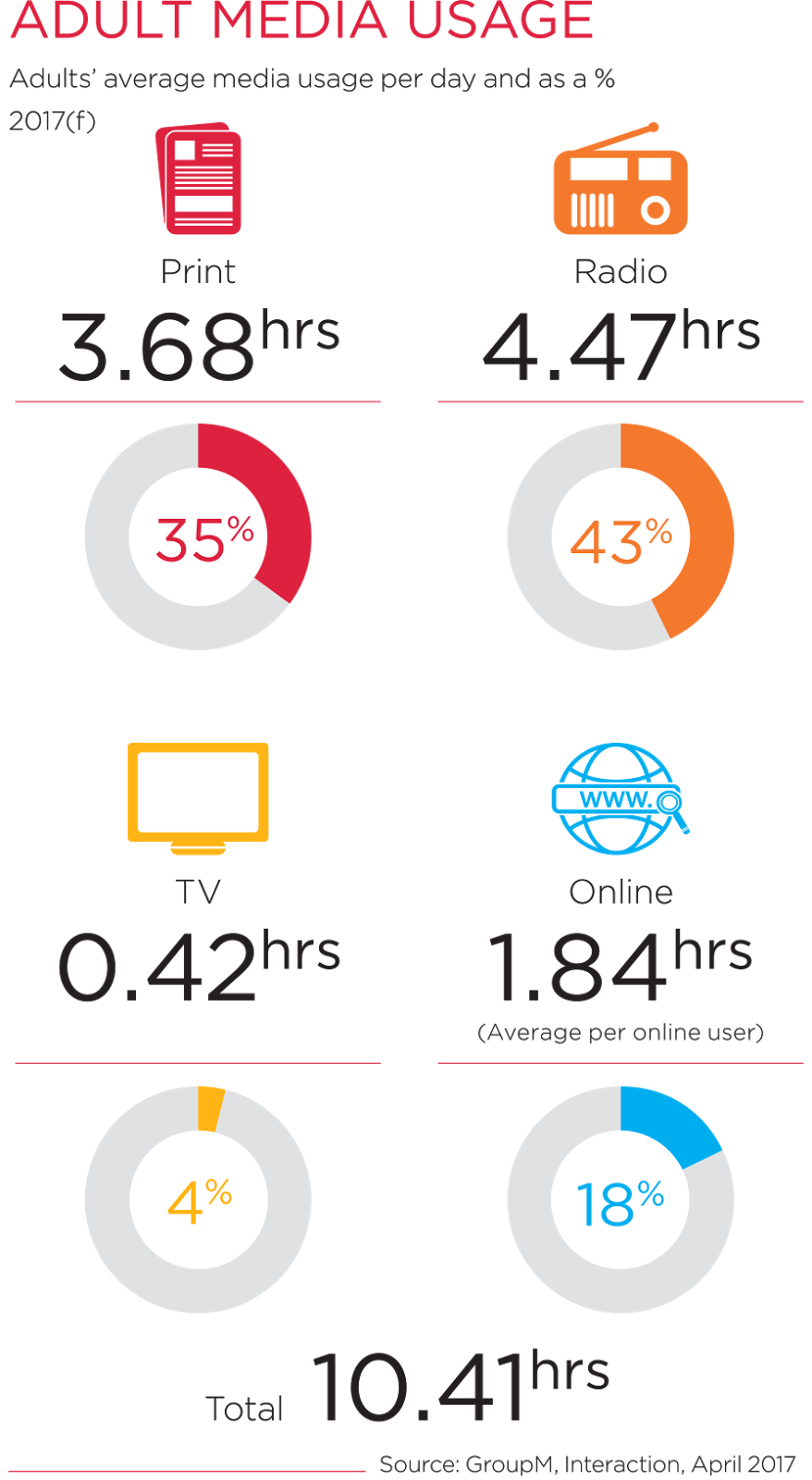 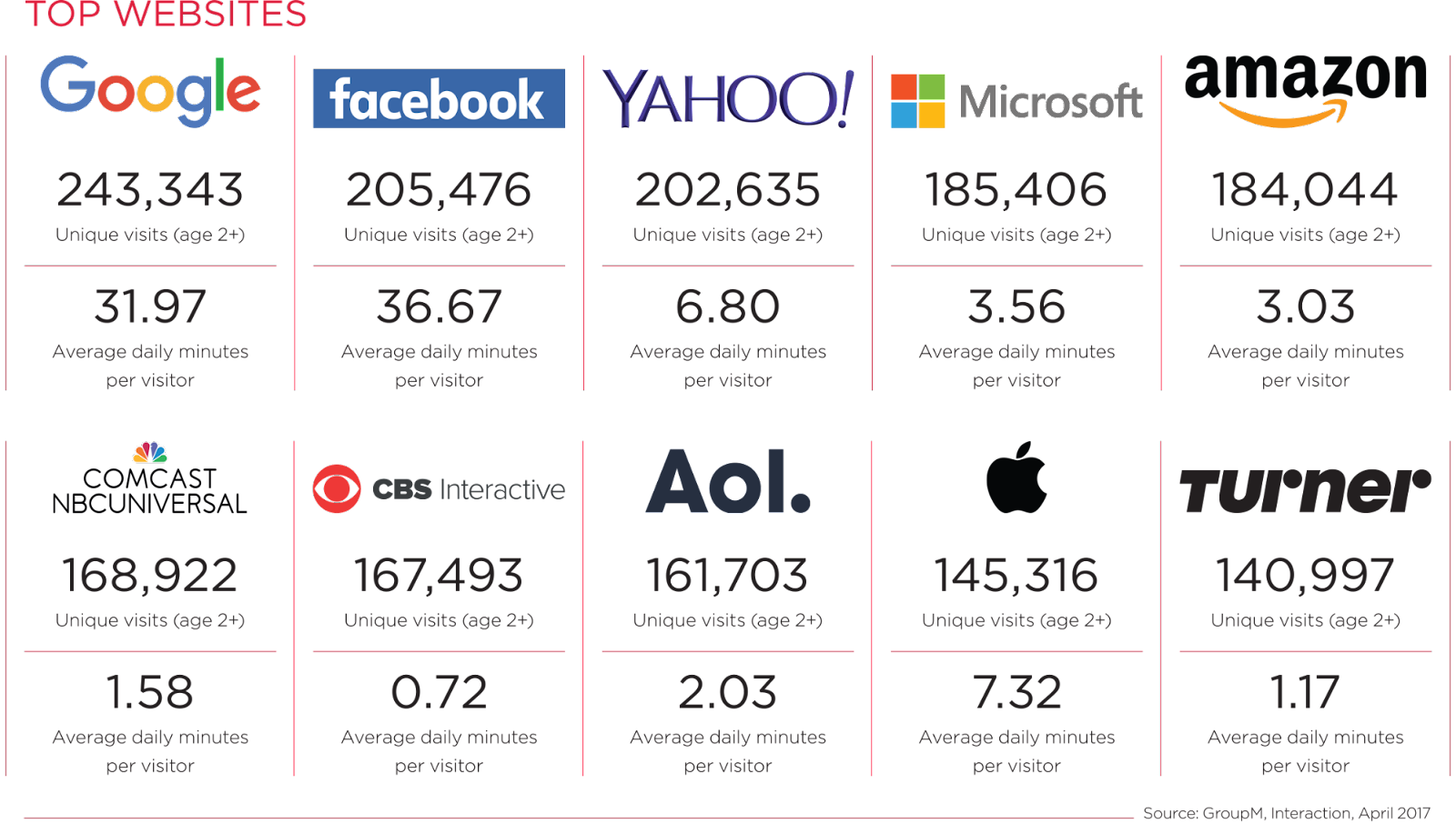 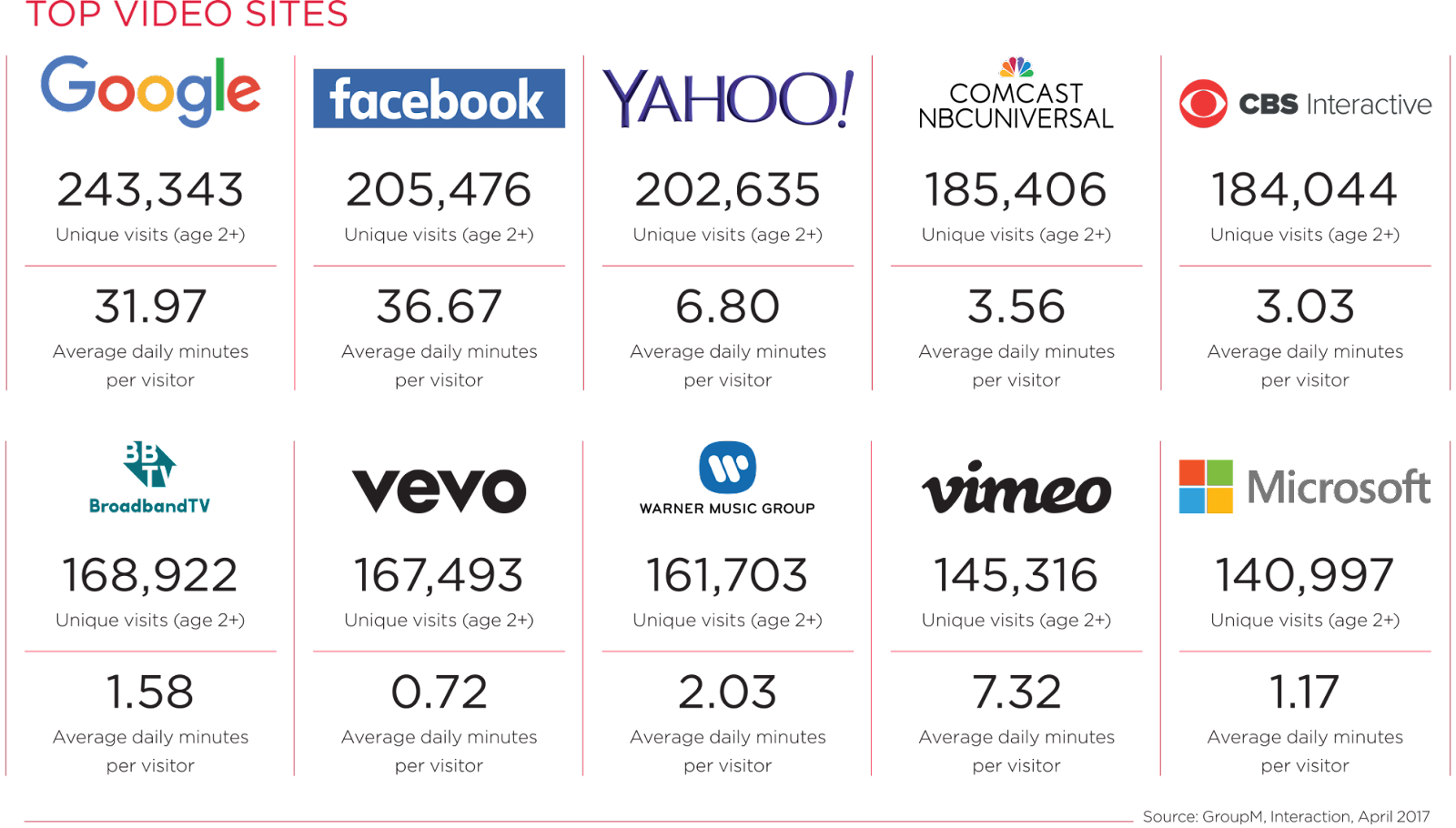 One of the problems with the traditional breakdown of media buying in the United States is that the media market itself has become blurred. If you watch a television show on a streaming service like Hulu or even YouTube, you may see the same commercials as on TV, but they count as digital revenue. In addition, TV advertising may often drive traffic to digital services, making it hard to distinguish between the two. What is clear is that simply following customers around their daily lives does not seem to work. Fully 80% of brand impact occurs on only 20% of marketing touchpoints. Many of the most valuable brands in the United States recognize this and adjust their spending based on where they think will be welcome and well received, rather than simply going where viewers are. Many, for example, still heavily advertise on TV, even though it is declining in viewership. The reason is that they are seeing success with the medium and seeing it multiplied across other touchpoints. In addition, top brands are providing useful mobile services or valuable content, drawing people in and holding their attention, rather than broadcasting messages to them. In other words, to win today, brands should not only look for the best places to reach their customers, but also to create their own.

Domino’s is quickly increasing its share of the American fast food market, partly thanks to its effective traditional and digital outreach. It bases much of its messaging around honesty and convenience. As a result, its ordering app is designed to tell you not merely when your pizza will arrive, but who is making it and when it’s coming out of the oven. While not ignoring TV, it reaches consumers across a wide range of convenient touchpoints, and at every one, the experience is consistent and positive. As a result, the brand has pulled nearly even with Pizza Hut in Brand Value, even though its sales and physical footprint are considerably lower.