As overall spending eases from prior year

Spending on digital media is expected to increase 30 percent in India this year. The rate is slower than a year ago, but faster than any other advertising medium, and it far outpaces the overall 10 percent increase in total Indian advertising spending.

The rate of total media spending slowed slightly this year because of demonetization and other factors, with spending expected to reach around INR 61,204 crore ($9.5 billion), according to GroupM, in its This Year Next Year 2017 India report.

Although digital spending grew faster than spending on other media, traditional advertising also remained a growing part of the media mix. In fact, India is the only major advertising market in the world where media spending on print advertising continued to increase. 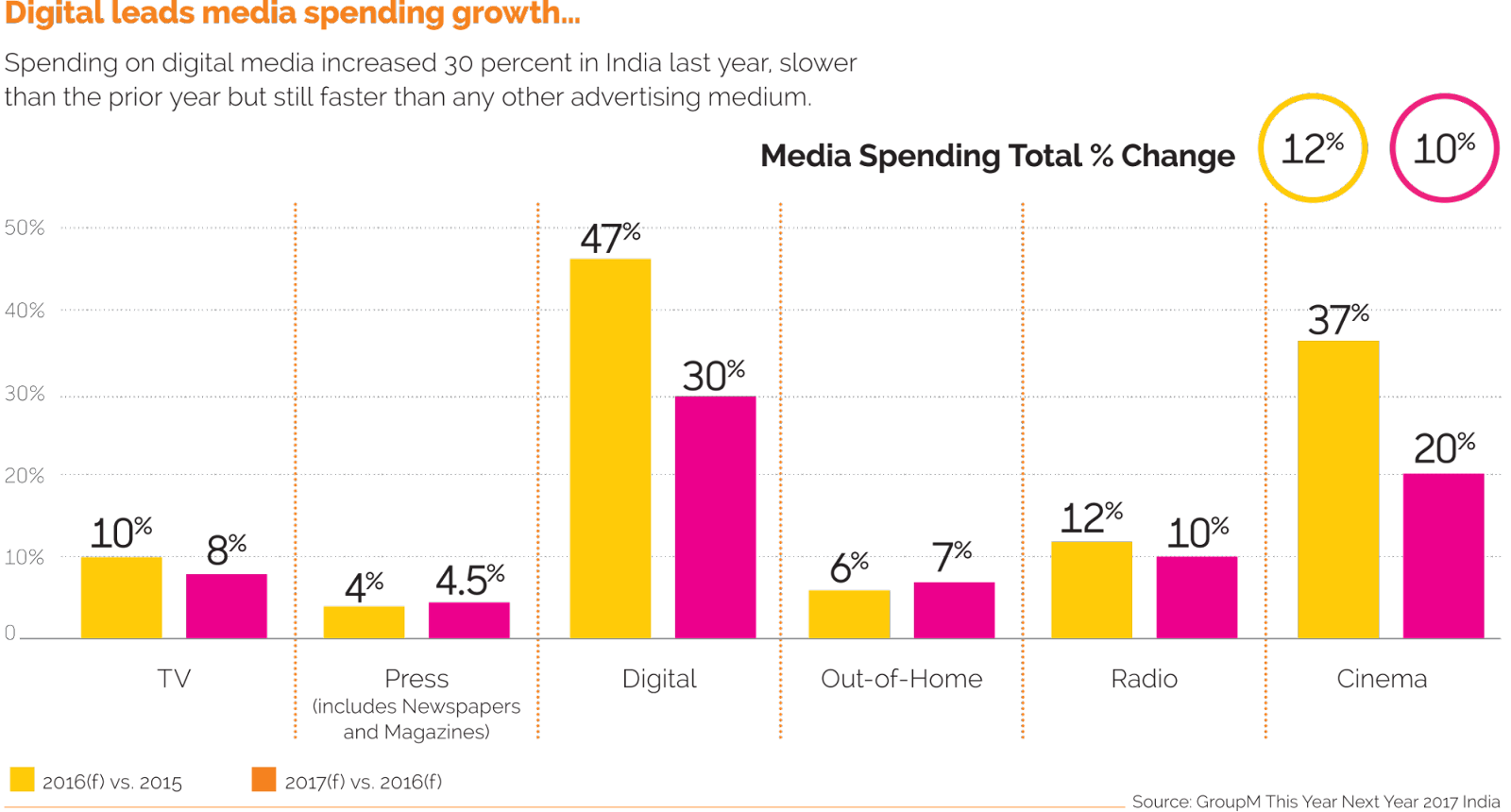 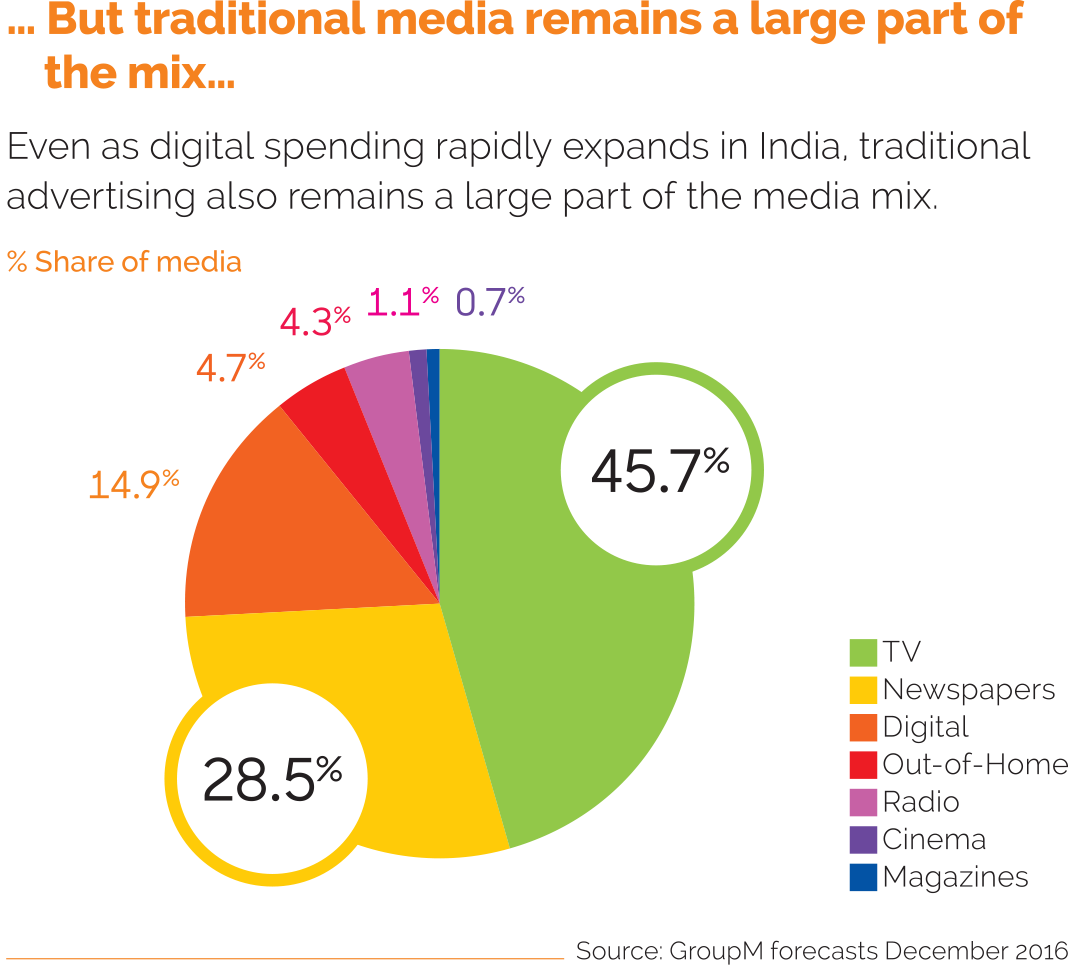 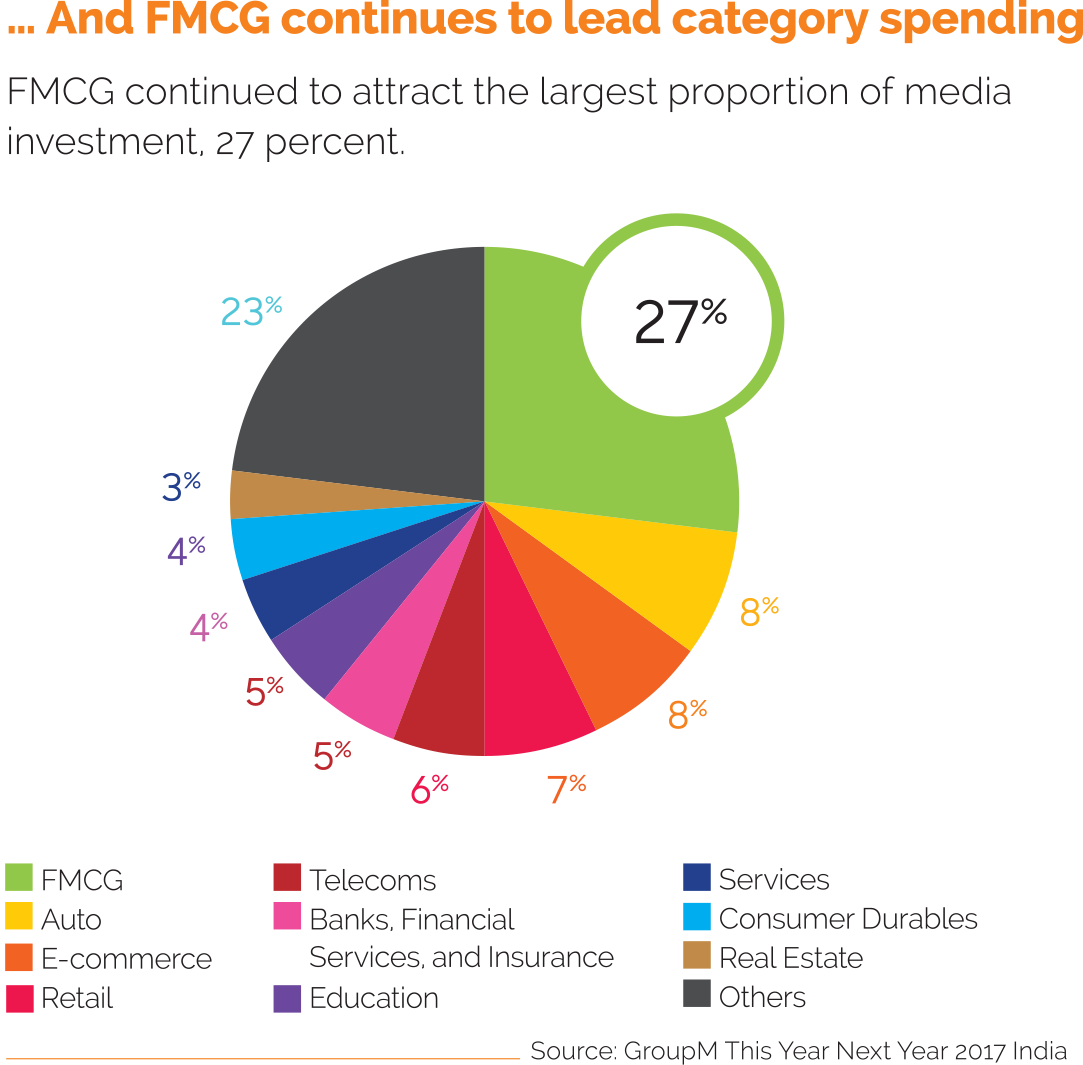