Media spending, sluggish during the first half of 2017, accelerated at the end of the year, and GroupM expects the pace to continue into 2018, when it forecasts spending to increase 5.2 percent, following a 4.3 percent increase in 2017. The incremental rise—about $4 billion—reflects the continued rebalancing of China’s economy from production to consumption, and the growing level of retail sales as a percent of GDP.

GroupM revised its forecasts upward from earlier estimates because of the strength of China’s economy, with GDP expanding around 6.9 percent, faster than expected. Government policies helped drive ad sales in certain sectors, especially real estate in lower tier cities. This activity supported out-of-door media and helped slow the rate of decline of advertising sales in other traditional media, which GroupM expects to drop 6.3 percent in 2017, rather than 8.9 percent as previously predicted.

GroupM also foresees positive prospects for media spending in some service sectors, including banking, education, culture, and medicine, based on liberalization policies announced during the 19th Party Congress. At the same time, slower sales growth in fast moving consumer goods (FMCG) and cars, except at the luxury level, may moderate media spending.

Internet spending will continue to lead media spending growth, but the annual rate of internet spending growth is expected soften from 14.3 percent to 13.5 percent. Media spending should also increase for radio and out-of-home, with radio up slightly to 1.3 percent annual growth, but the strong growth rate for out-of-home should slow to 9.2 percent. Greater penetration of cars in lower-tier cities is among the factors driving radio advertising. The strength of out-of-home advertising reflects the urbanization of rural China, which results in more public transportation and outdoor advertising venues.

The long-term advertising spending decline will continue, but at a more gradual rate, for other traditional media—TV, newspapers, and magazine. GroupM’s predictions for media spending change in China align with its forecasts for media changes globally, which are positive overall, based on high levels of business and consumer confidence. GroupM is WPP’s media management investment company. 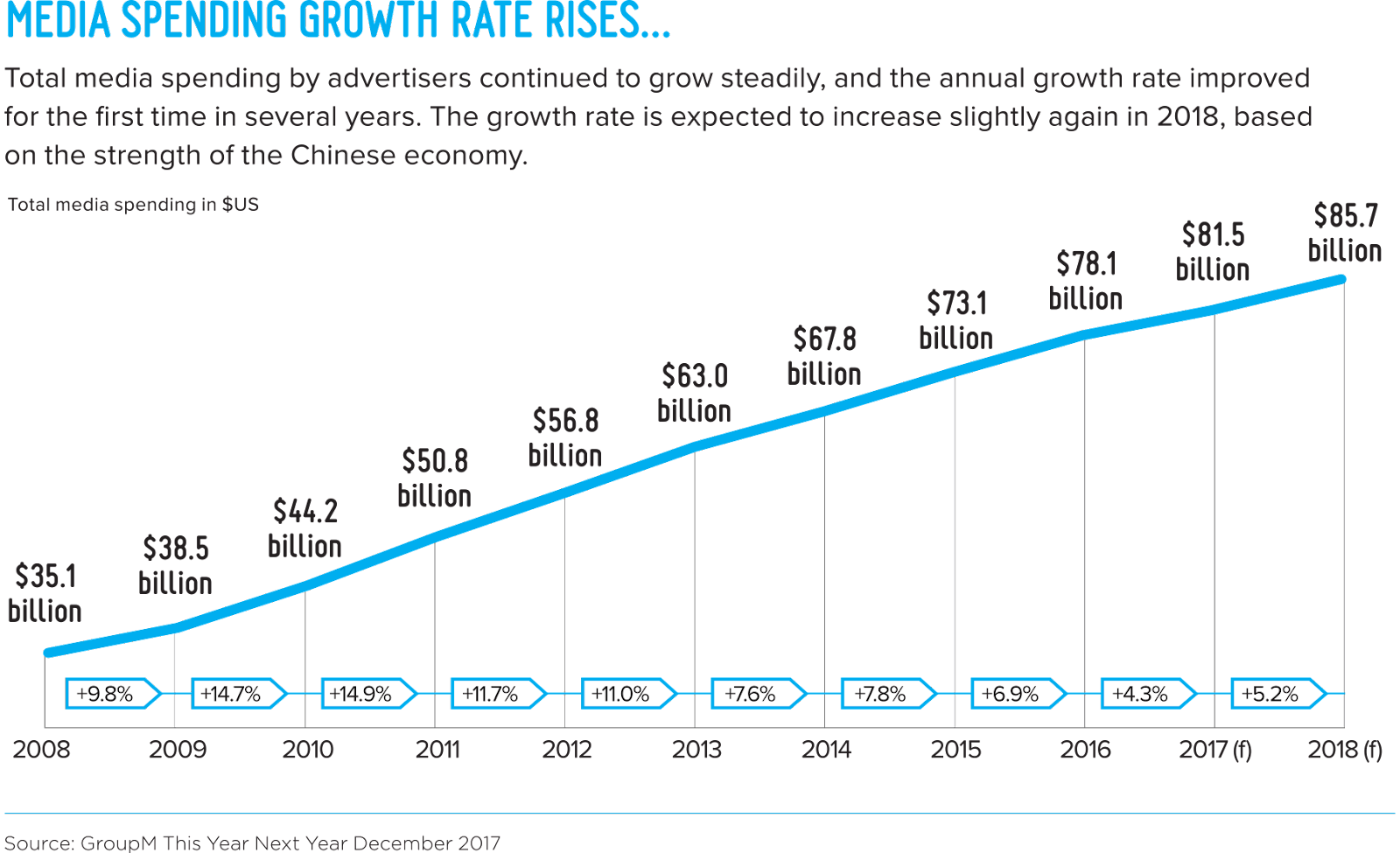 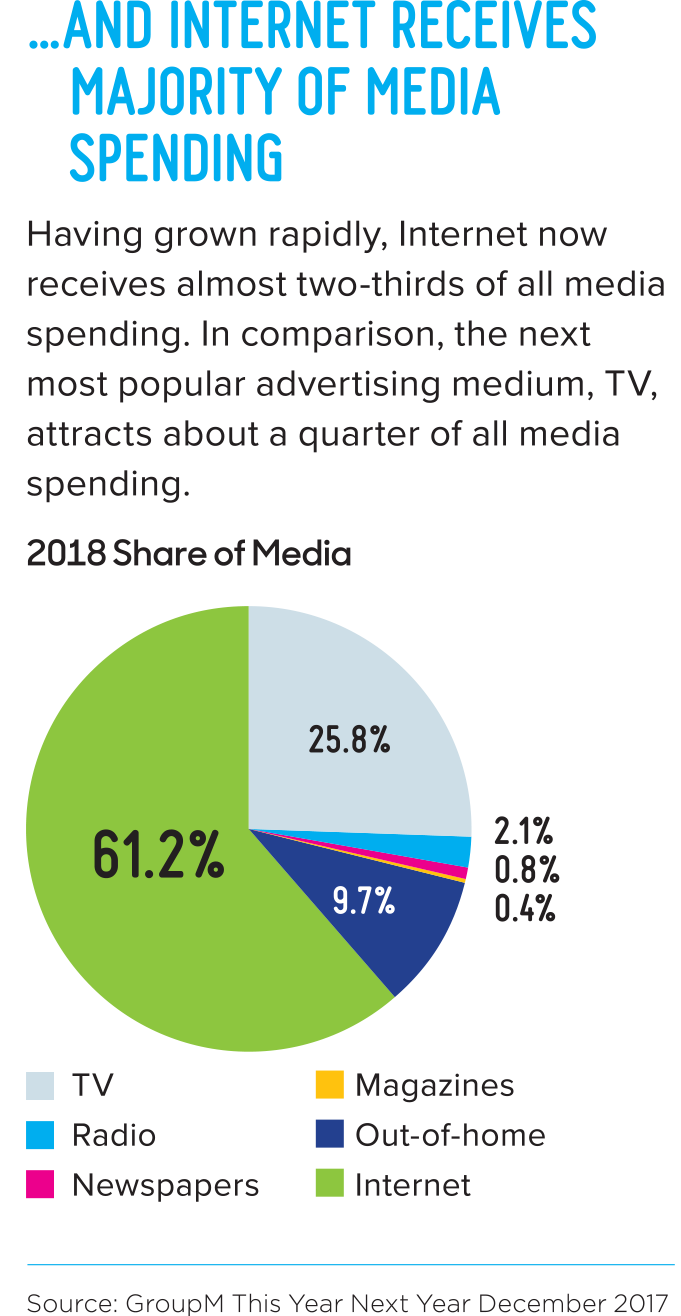 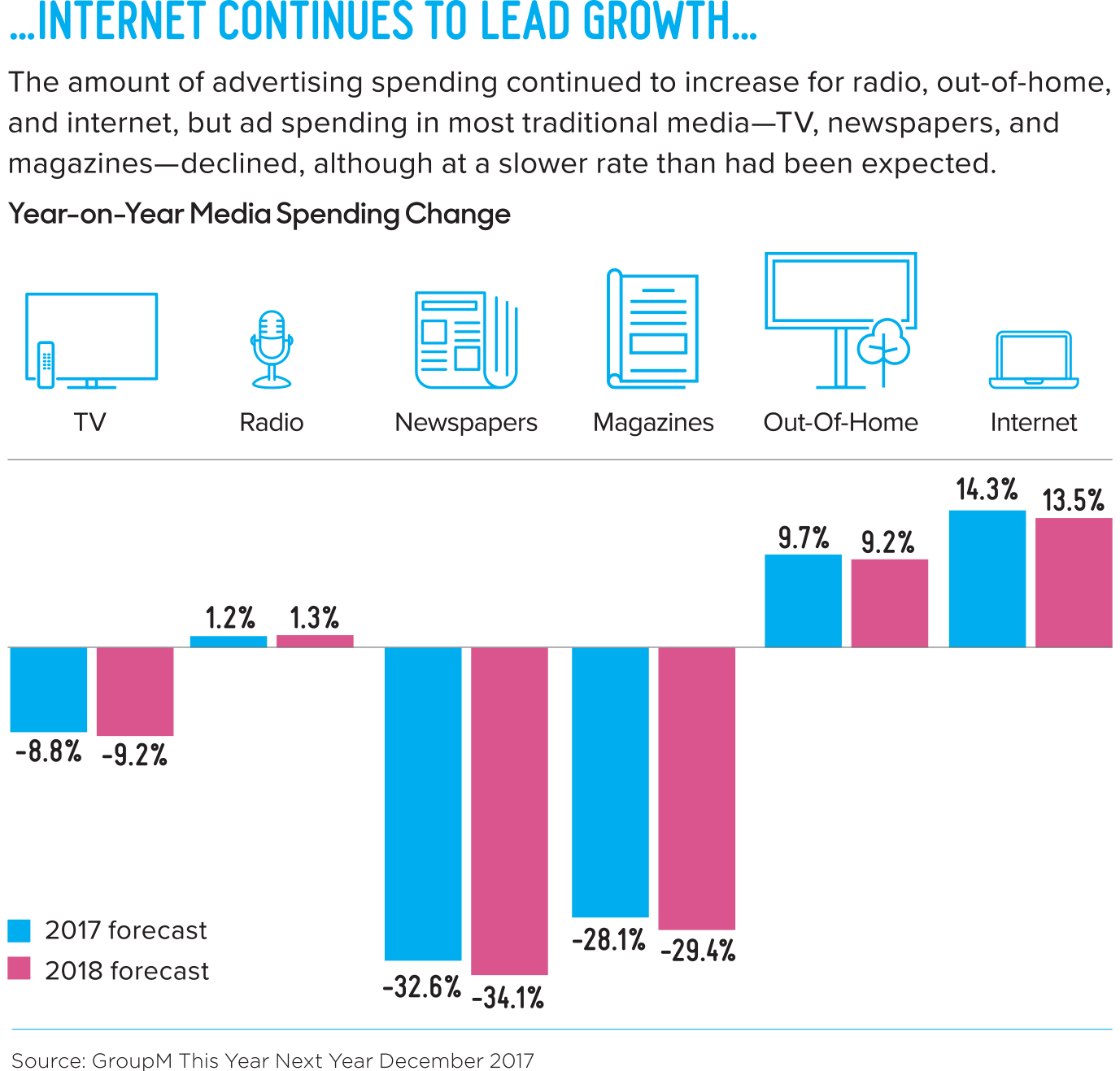