Mobile shopping spreads across the country

Mobile shopping spreads across the country

While e-commerce accounts for just 2.9 percent of total retail sales in India, its scale is already formidable. According to Kantar eMarketer, online sales in 2018 alone were worth $32.7 billion. What’s more, growth is proving especially rapid in areas outside of India’s major metro areas, speaking to the opportunities inherent in bringing increased choice to underserved consumers in rural and “middle” India.  Overall e-commerce spend by non-metro shoppers quadrupled in 2018, while e-commerce purchases by metro shoppers tripled.

Growth in the online purchase of clothes in towns with populations ranging from 100,000-500,000 have 2.4 times since 2016 (compared with 2x in all of urban India, and 1.3x in smaller population towns). According to Kantar, purchase of shoes has shown similar growth in smaller towns, again speaking to the kind of pent-up demand that e-commerce is poised to unlock.

This dynamic should help e-commerce in India grow even in the context of greater global economic uncertainty. Kantar eMarketer projects that e-commerce sales in India will more than double by 2022, to almost $72 billion a year. Fewer than a quarter of Indians are now shopping online; in four years, that figure should be over 40 percent.

Mobile devices and accessories is the category most often purchased online in India. Of all other categories sold online, FMCG and fashion (for men and women) drive the most shopper traffic. 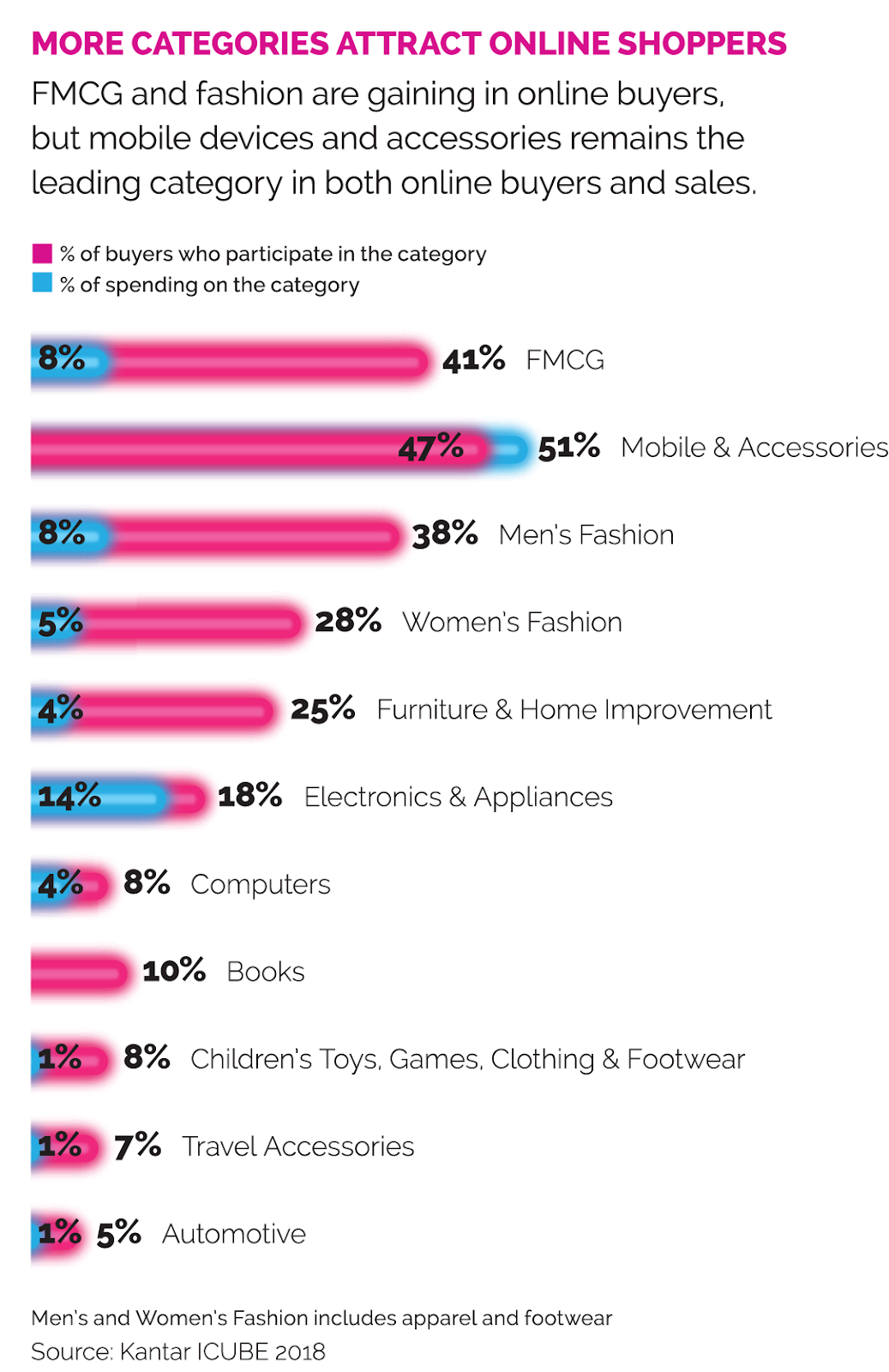 The Search for Stability