Only five newcomers entered the BrandZ™ Global Top 100 in 2020, an indication of the ranking’s stability during a period of extreme disruption. The newcomers also reflect the growing influence of China.

TikTok, known as Douyin in China, has rapidly gained popularity as a host site for short-format videos made by viewers. The app is owned by ByteDance, which has successfully developed sites building audiences around niche interests that draw significant advertising revenue.

The rise of Lancôme into the BrandZ™ Global Top 100 reflects the brand’s success in China, especially with accessible luxury products. One of China’s four key state-owned banks, and among the world’s most influential financial institutions, Bank of China re-entered the Global Top 100.

Pepsi also returned to the Global Top 100, reflecting the success the brand has enjoyed extending its product line to reignite growth as consumer concerns about health and wellness increased and consumption of carbonated soft drinks declined.

United Healthcare entered the ranking after BrandZ™ expanded the insurance category to include health insurers because of the rapid expansion of that sector. 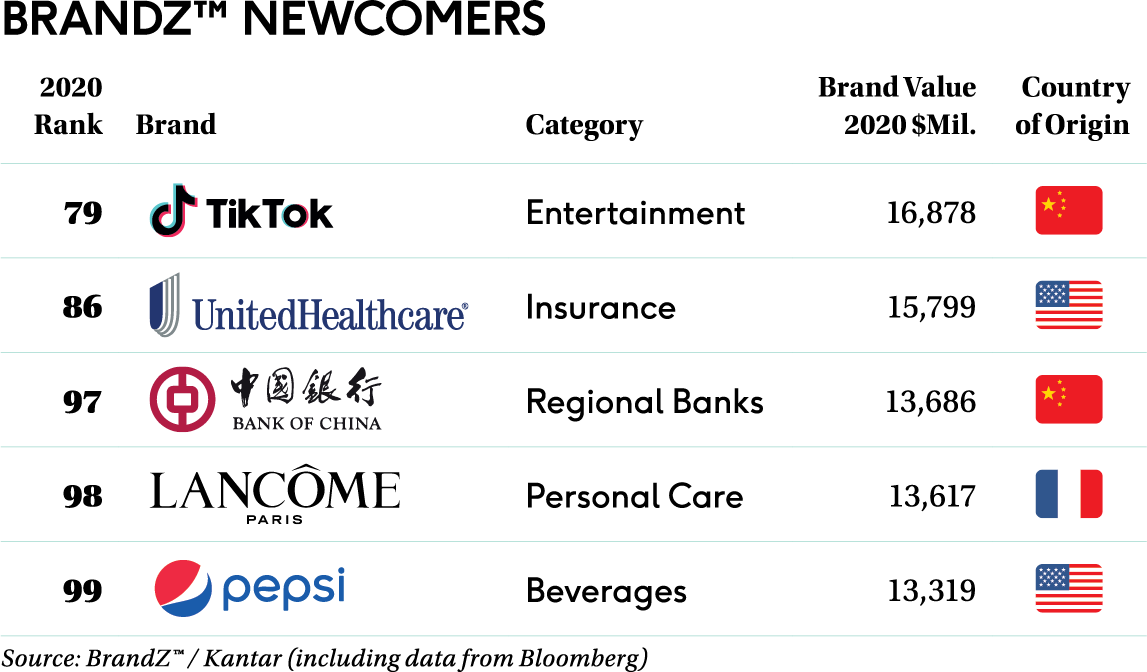