The highest-ranking newcomer to the BrandZ™ India Top50 is Jio, a brand that did not exist a year ago. It entered the ranking at No. 11, having spent the past 12 months disrupting the telecom provider category with a series of free-data promotions that in just the first few months attracted over 100 million customers.

To put this accomplishment into perspective, four of the other seven Newcomer brands entered the India Top 50 in more typical fashion, near the bottom of the ranking. The seven Newcomers come from six categories. Along with telecoms, the categories and brands are retail, D-Mart; home appliances, Whirlpool; insurance, Bajaj Allianz; banks, Canara Bank; and entertainment—a new category to the India Top 50 this year—with Sun Direct and Dish TV.

The presence of the two entertainment brands and the rapid rise of Jio, illustrate how rapidly India is digitizing and consumers are changing their media consumption habits, using their mobile screens for downloading data and viewing a rapidly-expanding amount of available content.

Of the entertainment brands, Sun Direct operates mostly in southern India, where it has its own channels. Dish TV focuses on the rest of the country. Growth for these brands comes especially from smaller cities and rural India, where cable penetration has been limited because of last-mile installment challenges. These direct-to-home, satellite-based suppliers enable rural customers to leapfrog cable.

D-Mart succeeded in part by countering key retail trends. It is opening physical stores when consumers are increasingly shopping online. And it operates hypermarkets when most large-format operators are reducing their store footprint. Plus, D-Mart is opening more stores, beyond its concentration in western India, around Mumbai, Maharashtra, and Gujarat. The brand focuses on lower-price, fast-turning items. The company launched a successful IPO and earned strong profits.

The home appliances brand Whirlpool expanded its product portfolio. Known in Indian primarily for its washing machines, Whirlpool is offering other appliances, including refrigerators and air conditioners. Both categories, especially air conditioners, are growing in response to greater consumer wealth and evolving middle class desires. And multinational brands, like Whirlpool, continue to dominate in appliances, despite the rise of local brands in other categories. 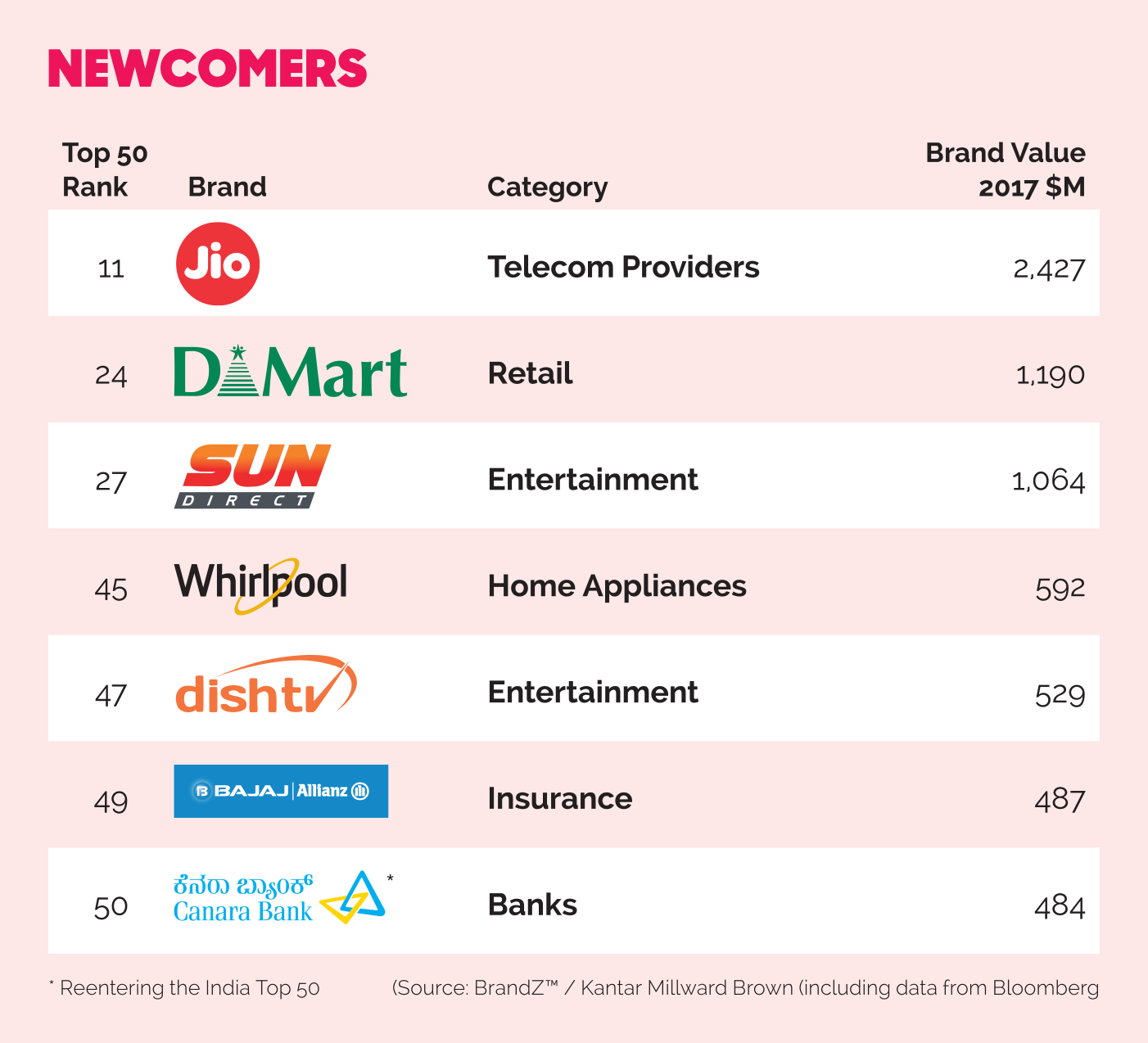