One of the results of the digital media explosion is that messages appear everywhere, as advertisers attempt to reach the right consumer at the perfect time. However, this constant messaging has created a negative reaction among some consumers worldwide who feel as if they are being bombarded. This reaction is particularly pronounced in China.

Consumers object not only to the ubiquity of ads but also to their randomness. They assume that advertisers able to place ads everywhere should be able to integrate ads, (make the creative elements and messages relate across media channels), and customize ads (make ads relevant to where and when they appear, and whom they target).

However, 39 percent of Chinese consumers say that rather than integrating their ads, advertisers are “trying to be all things to all people.” And around a majority of Chinese consumers say brands should customize their ads based on “who will see them” and when and where the ads appear. For example, about a third of young people think that online video should be edgy or risky, but less than a fifth of people 45-to 65 agree, according to 2018 Millward Brown AdReaction research.

A final element is critical for the success of any campaign, even for the strongest brands—great advertising. In the 2018 BrandZ™ China Top 100, brands that scored high in the BrandZ™ Innovation metric, but ran poor ad campaigns, increased value 14 percent year-on-year. In contrast, when brands combined high Innovation scores with great advertising the percentage value increase doubled.

The success of advertising and marketing communication—the ability to reach consumers everywhere and all the time—has created new challenges. Consumer do not necessarily want to hear from advertisers every moment of their lives. Smart advertisers will be sensitive to the desires of their audiences. And they will make this respect for the consumers’ time a positive point of difference. When they ask for the consumers time, consumers will be more inclined to listen. At that point, it is important to deliver relevant, creatively excellent advertising. 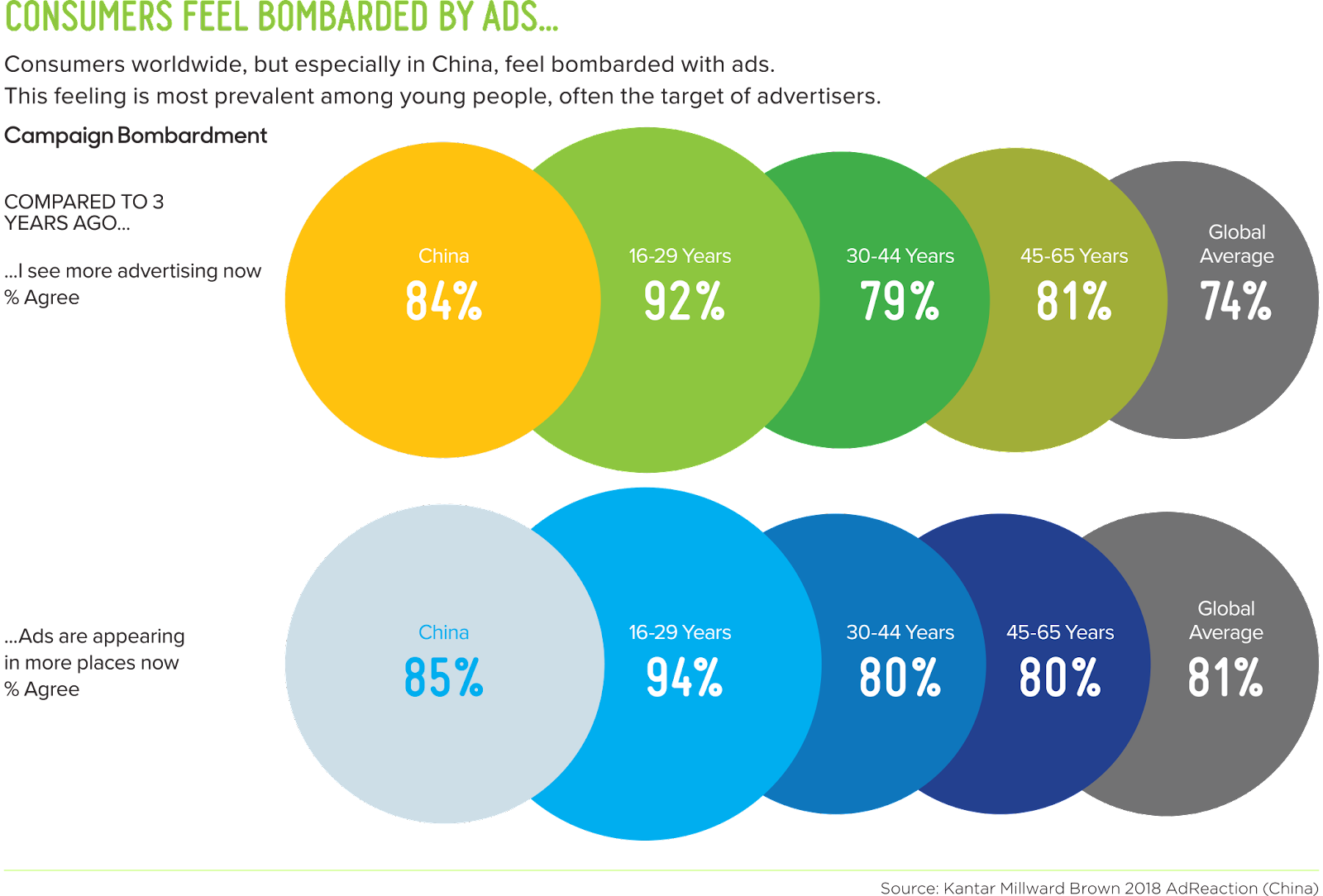 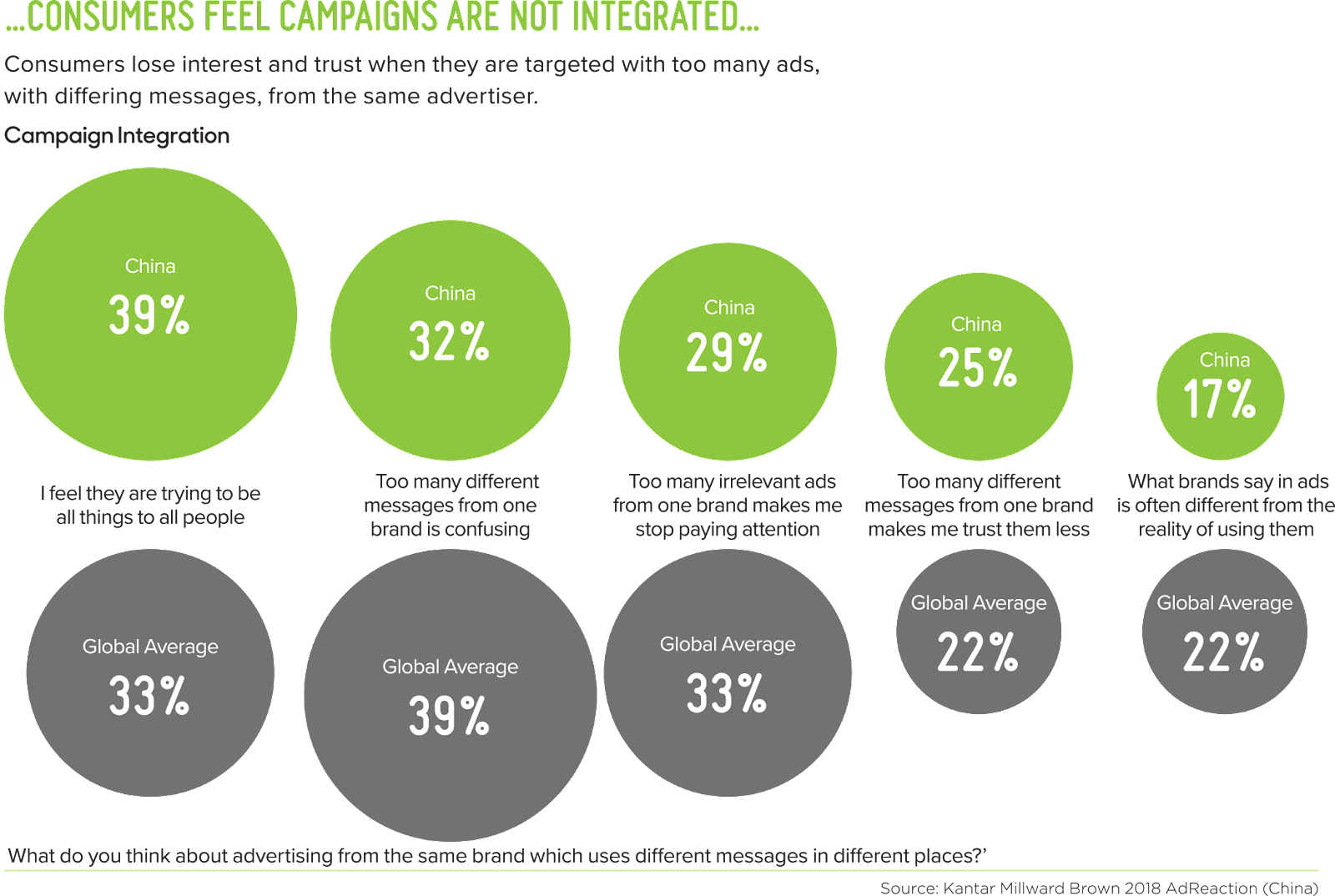 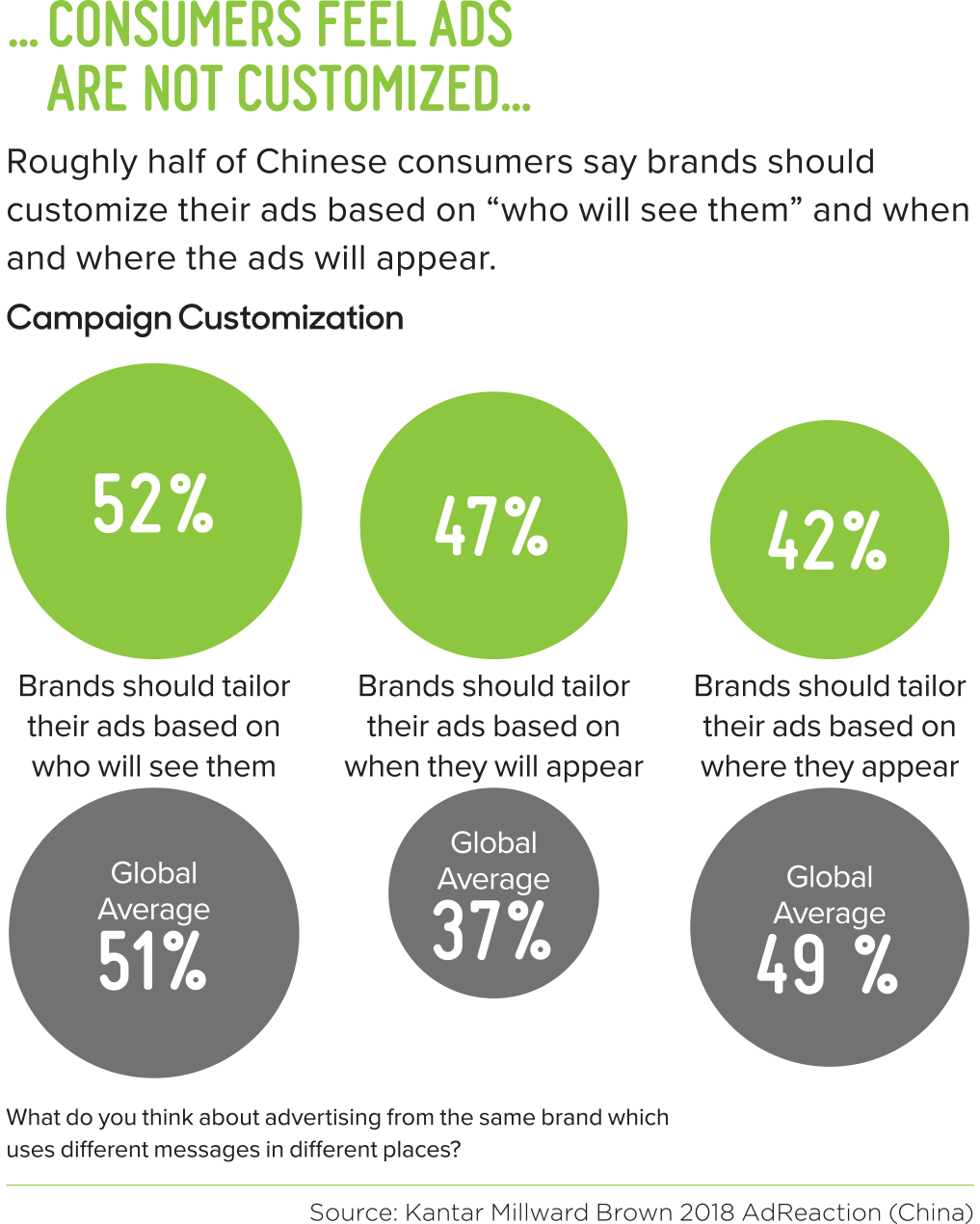 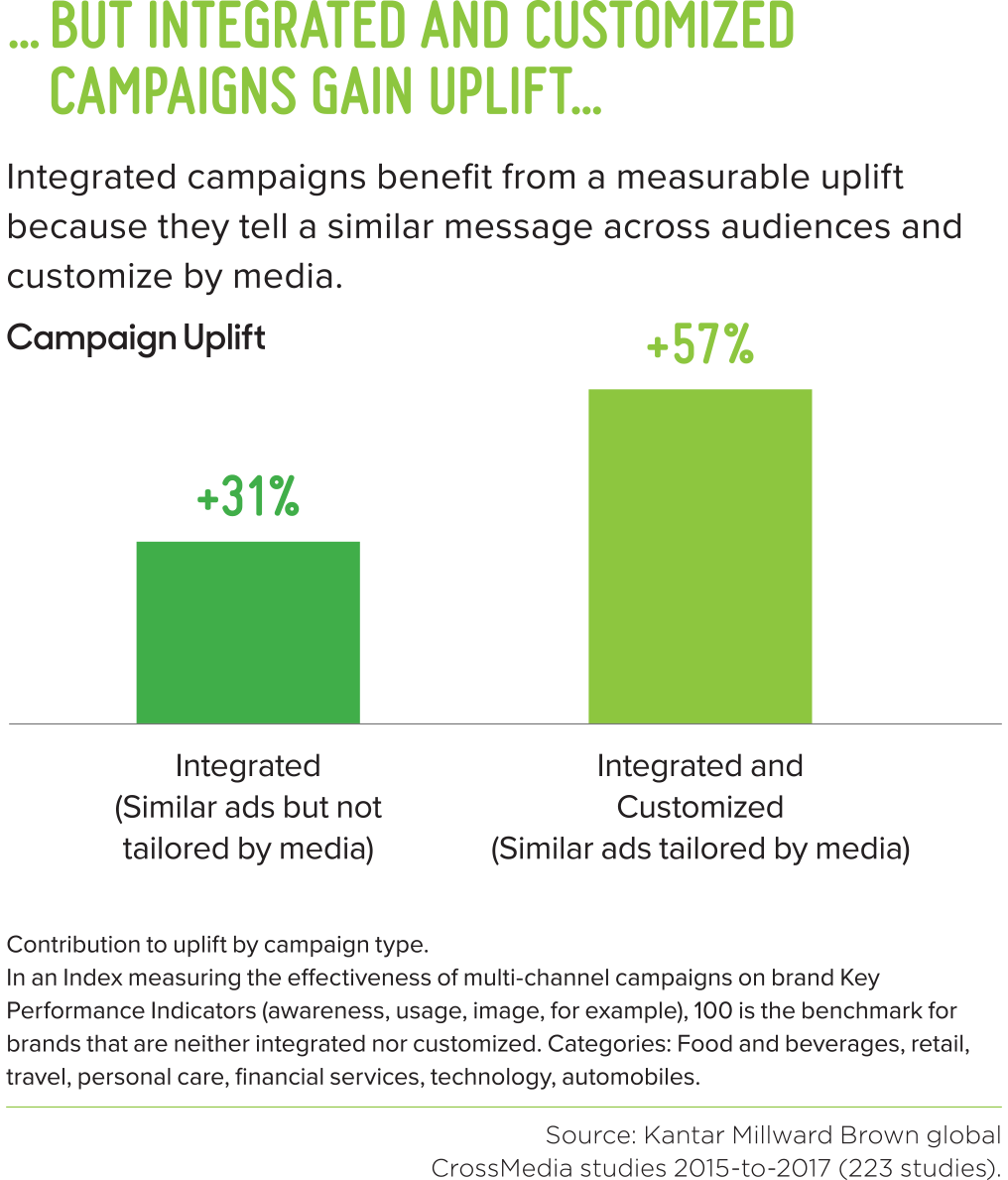 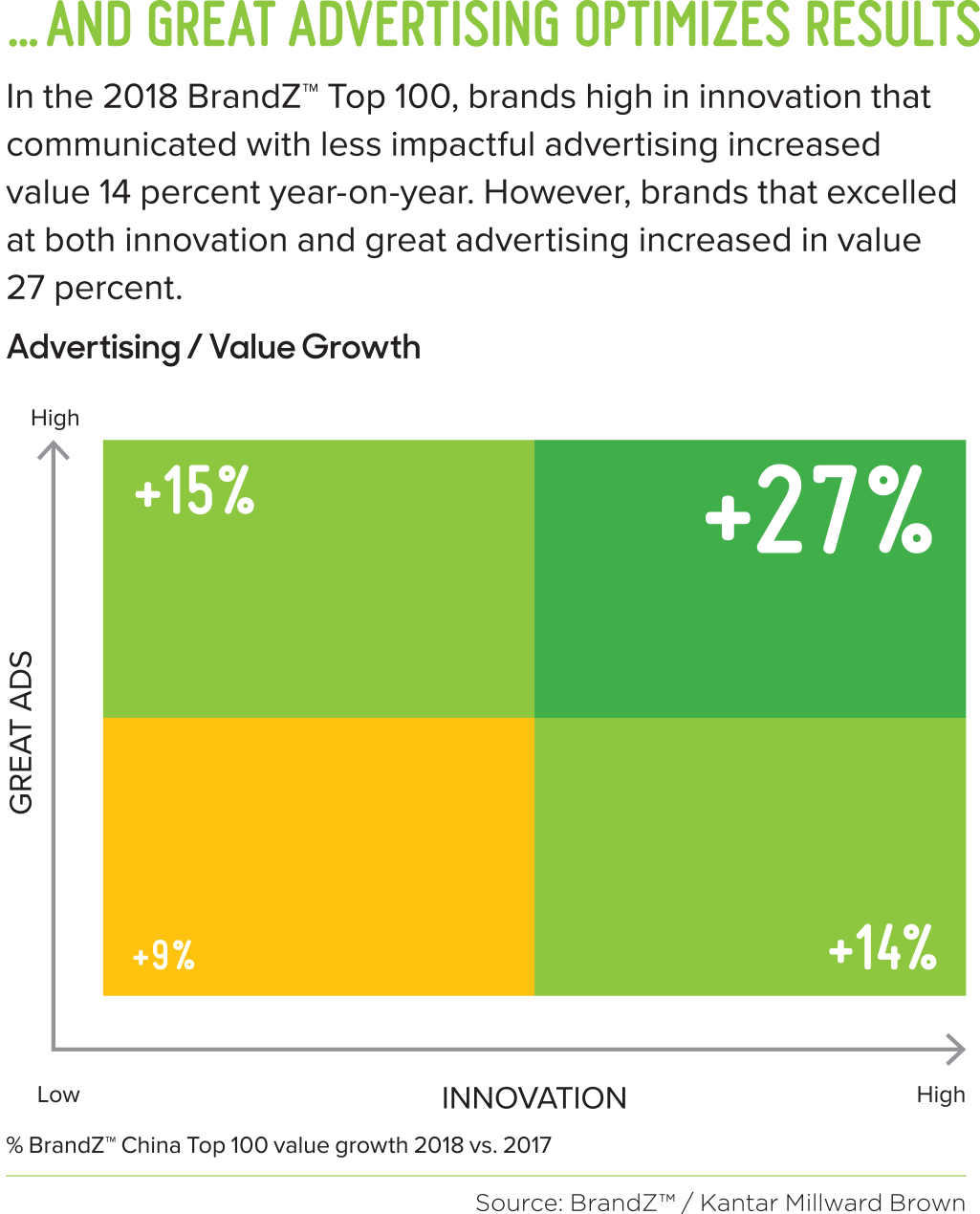