Lenovo and Huawei again led the Top 10 in Overseas Revenue ranking, which has remained consistent both in brands and categories for the past couple of years, with one oil and gas brand included, and the technology, home appliances, and airlines category represented with three brands each. 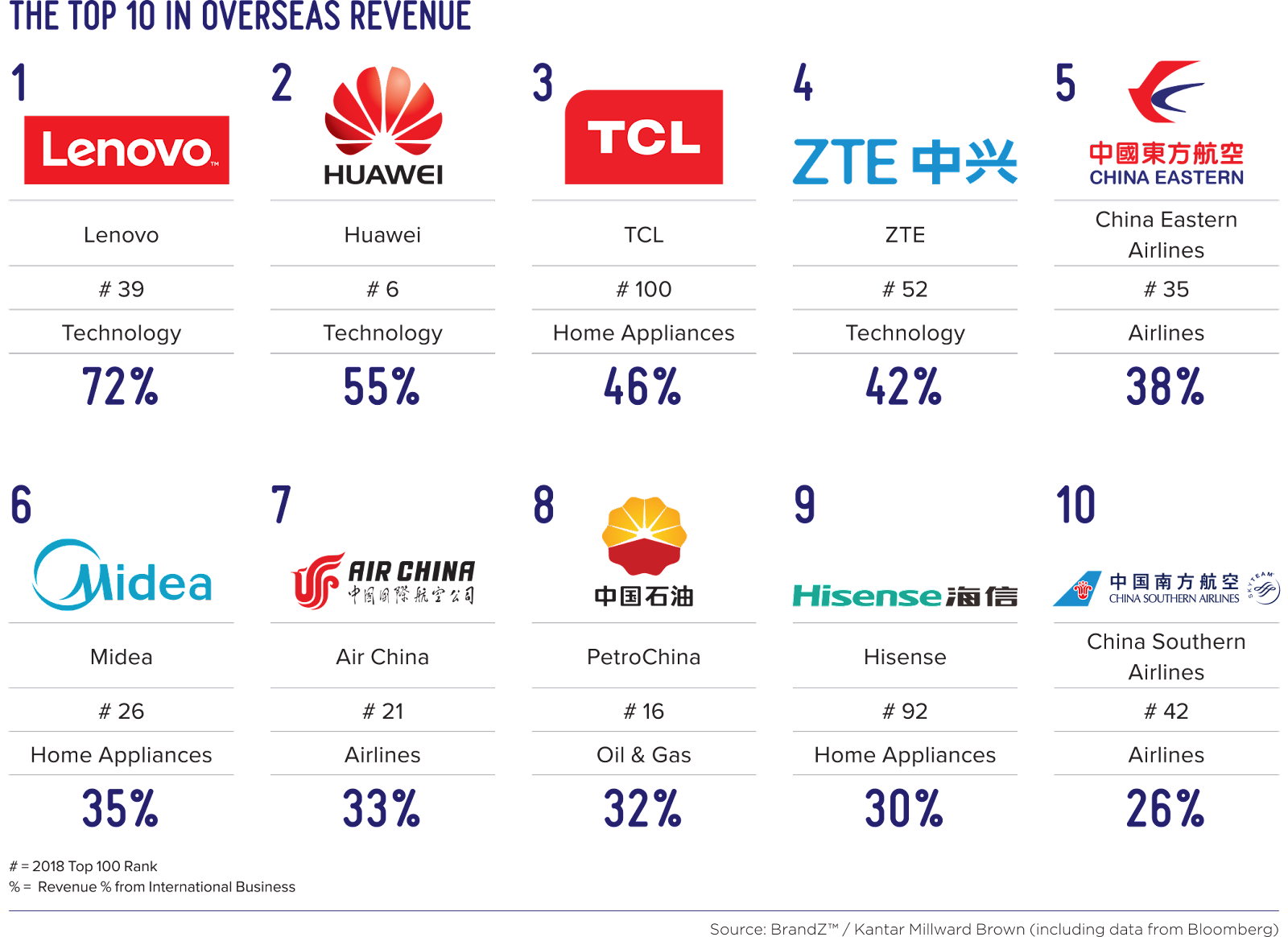 The consistency indicates how much China has achieved in building brands abroad, but also how much opportunity remains as the government assigns a high priority to its Belt and Road overseas expansion initiative

Technology is the clearest indicator of how China expects to increase its overseas presence. Lenovo, which already gains 72 percent of its revenue from overseas sales, purchased Japan’s Fujitsu Client Computing Company, and sought more international acquisitions. With the introduction of its Mate 10 smartphone, Huawei intends to move a Chinese brand into new territory—premium. ZTE also expanded internationally with its smartphones.

Exports remained strong for the home appliance category. Midea and Hisense increased their overseas revenue proportion to 35 percent and 30 percent, respectively. Midea Group completed its acquisition of Kuka AG, the German robotics company. It also gained a controlling interest in an Israeli motion control and automation business. Hisense Electric purchased a majority stake in the TV business of Japan’s Toshiba. It previously purchased the North American TV business of Sharp, another Japanese brand.