li:before{content:"○ "}ul.lst-kix_e2wgv3v1ayvq-8{list-style-type:none}ul.lst-kix_e2wgv3v1ayvq-5{list-style-type:none}ul.lst-kix_e2 BrandZ is the world's largest brand equity database. Created in 1998 and continually updated. BrandZ is an invaluable resource, containing data on brands gathered from interviews with over 150,000 people every year in up to 400 studies around the world"> brandZ | Report -
We’ve stopped what we are doing and creating your personalized BrandZ™ report, which will appear in your inbox soon.

Steady levels of business and consumer confidence are fueling an increase in media investment in France. Growth is coming, naturally, from rising levels of digital spending, but also from greater investment in television advertising, which remains a mainstay of most brands’ media plans in this market.

Brands are increasingly using data – their own and that of their agency and publisher partners – to improve the relevance and reach of online advertising. There have been trials of addressable TV, and this is likely to be rolled out more broadly in the near future. And digital out-of-home advertising opportunities are becoming increasingly linked, allowing for programmatic ad serving to passers-by.

Total media investment is forecast to rise by 1.3 percent this year, which sounds low but is actually the highest rate of growth seen in France in eight years. Investment is due to total €11,217 million in 2018.

The proliferation of new media channels thanks to the internet and growing levels of connectivity across France means the number of hours people are spending on media has been steadily rising, and is now two hours more than it was a decade ago.

Out with the old? Not so fast

France remains a PC-centric country, a fact to take into account when developing content and considering the ideal media mix. Imagining that everyone’s on their mobile would be a mistake; even people who are heavy users of their smartphones still tend to use a computer as well.

This is also still a huge television market, despite internet penetration among anyone over age 12 now standing at 82 percent. In fact, of the 9.7 hours a day that the average French consumer spends using any media, 36 percent is spent watching TV, compared to 34 percent online.

Radio retains a strong following, accounting for more than a fifth of people’s media time; this is down from a third just 10 years ago, but is holding steady. Print commands just 8 percent of people’s media time, but this is an average across the adult population, and many French adults probably don’t ever pick up a print publication. Among those who do, then, the time spent with those titles is likely to be much higher. 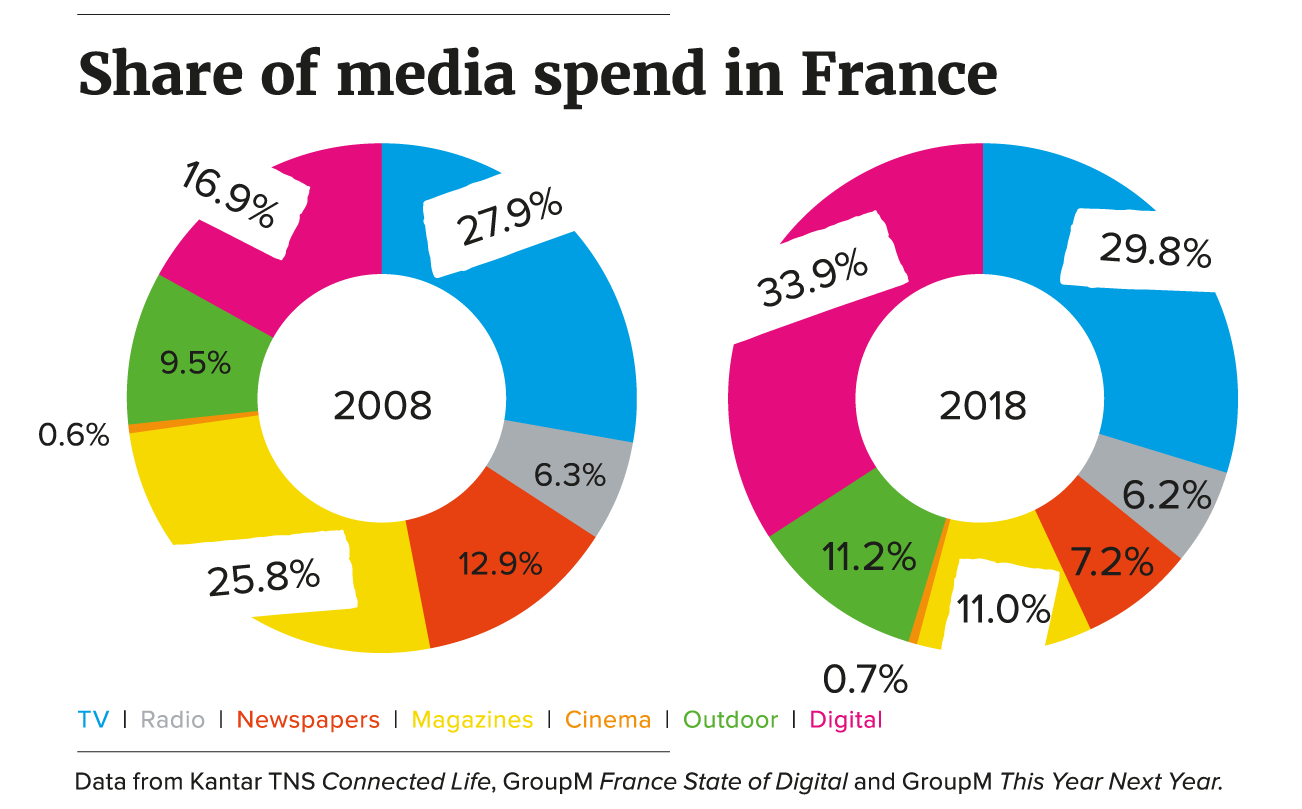 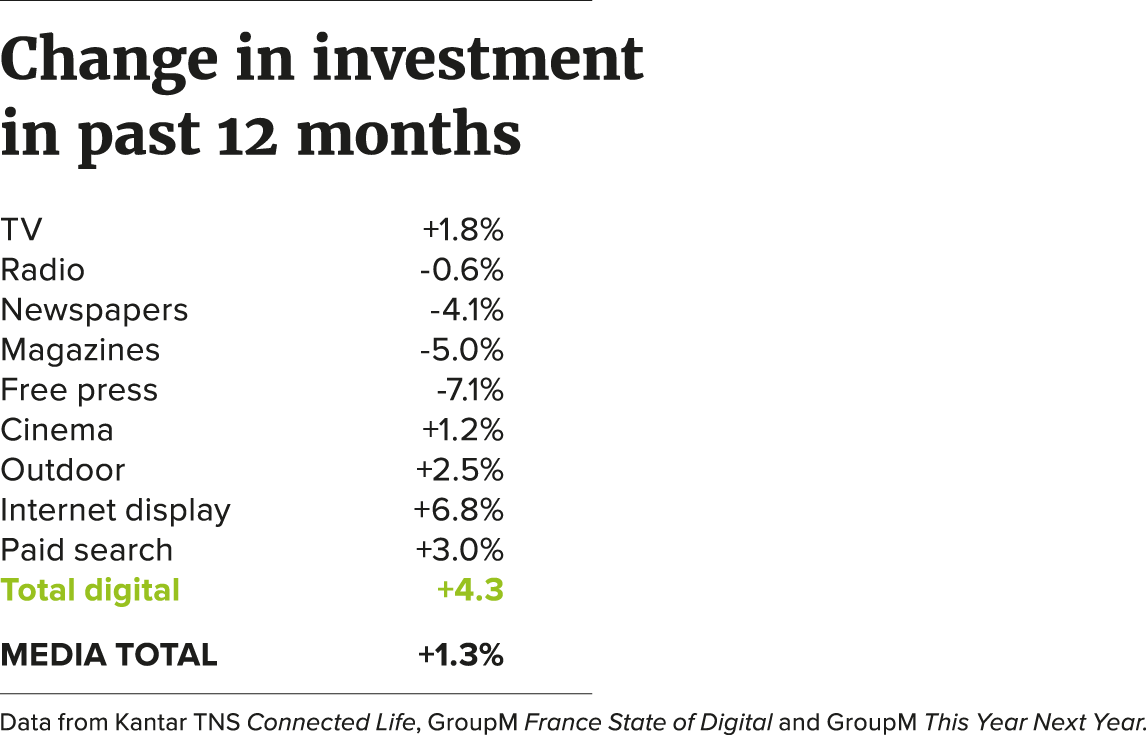 Beware of clichés – the connected world is building upon traditional ways of marketing,

not replacing them wholesale, and that’s particularly true in France. Cutting through the hype requires a comprehensive view of the activities your audience is undertaking online, and on what devices, in order to reach them in the right way.

1.     Media migration is under way, but it’s not killing off all traditional media. An effective campaign balances online and offline channels.

2.     With its very large audience, Facebook is the unavoidable social media platform in France, though with young people tending to use as many as seven social platforms, it’s important not to neglect others.

3.     Content needs to be not just adapted for different screens and platforms, but created specifically for the medium and the target user, considering their age, gender, and whether they’re likely to be early adopters or more conservative about life online.

4.     Make every piece of content sing. Considering the high proportion of online ad rejection in France, brands need to ensure every single message is a winner.

5.         Besides thinking about efficient content and channels, brands need to keep transparency and consumer confidence at the heart of their digital strategy.

The intelligent revolution on our doorstep