Real estate brands adjusted in different ways to this new reality where urbanization continues to create substantial need for housing in major cities, but government moderates supply to stabilize the market. Generally, real estate brands planned to pursue profitable growth but assume less debt. They also expected to diversify from real estate into related services, such as senior care and tourism facilities.

Evergrande Real Estate, the most valuable real estate brand, framed this change as a strategic shift from scale to scale plus profitability. The brand also diversified into financial services and tourism. In a move designed to fill available space it linked with McDonald’s, which will accelerate its expansion deeper into China by locating restaurants on Evergrande property. Evergrande Real Estate led the category in value appreciation, 88 percent, based on significant profit growth.

Government regulations to slow the flow of capital overseas impacted the marketing of a Malaysia project, being developed by a consortium of real estate developers including China’s Country Garden. However, the brand experienced profit growth based on strong demand for its housing. Country Garden increased 32 percent in brand value.

Longfor increased 29 percent in brand value because of sales in higher tier cities and the diversity of its portfolio, which includes commercial property, like shopping malls, as well as housing. Diverse holdings also enabled R&F Properties to grow 18 percent in brand value. It recently expanded its portfolio of high-end hotels with a major of acquisition of hotels from Dalian Wanda Group. R&F also purchased office towers in London. 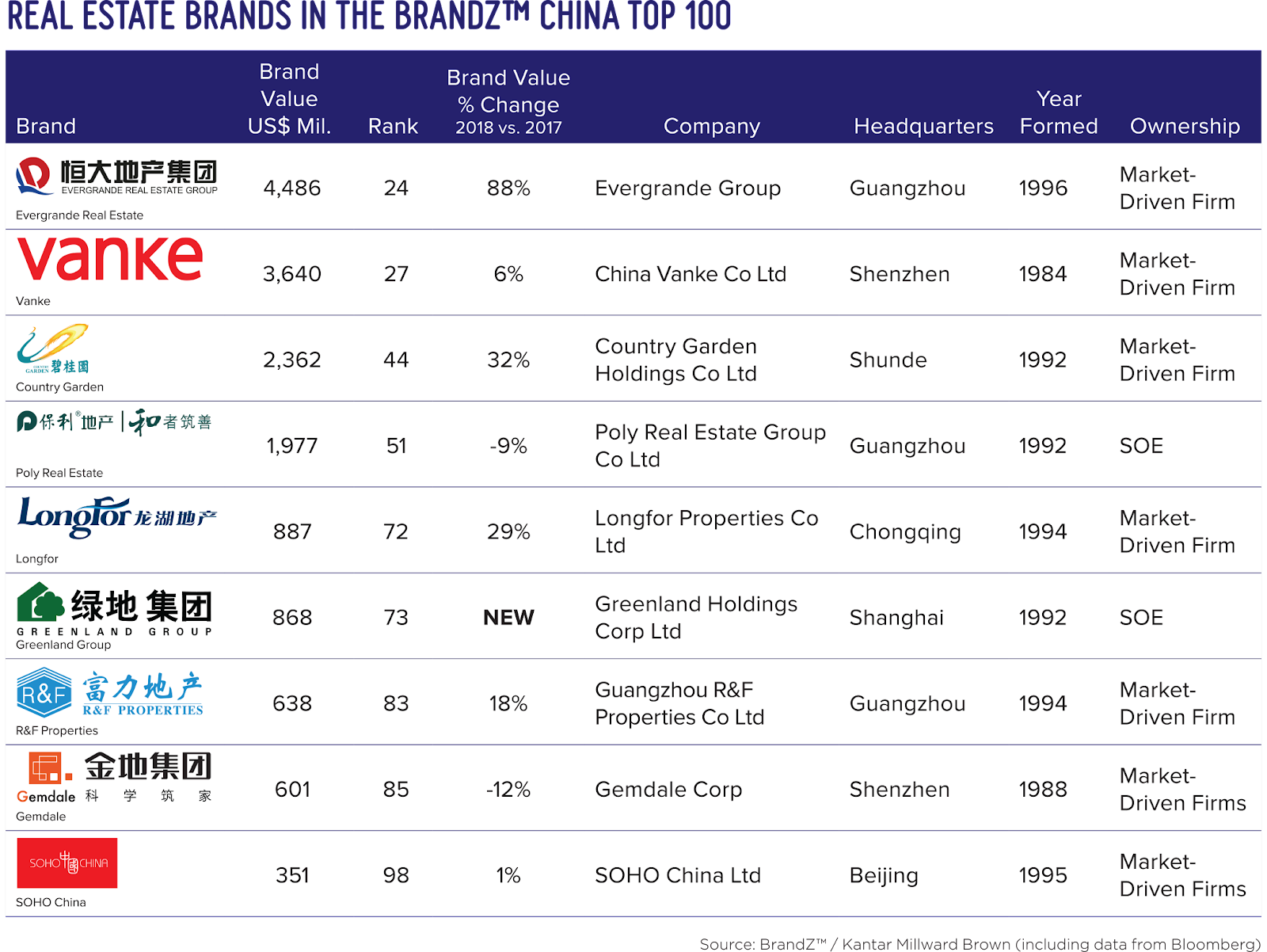