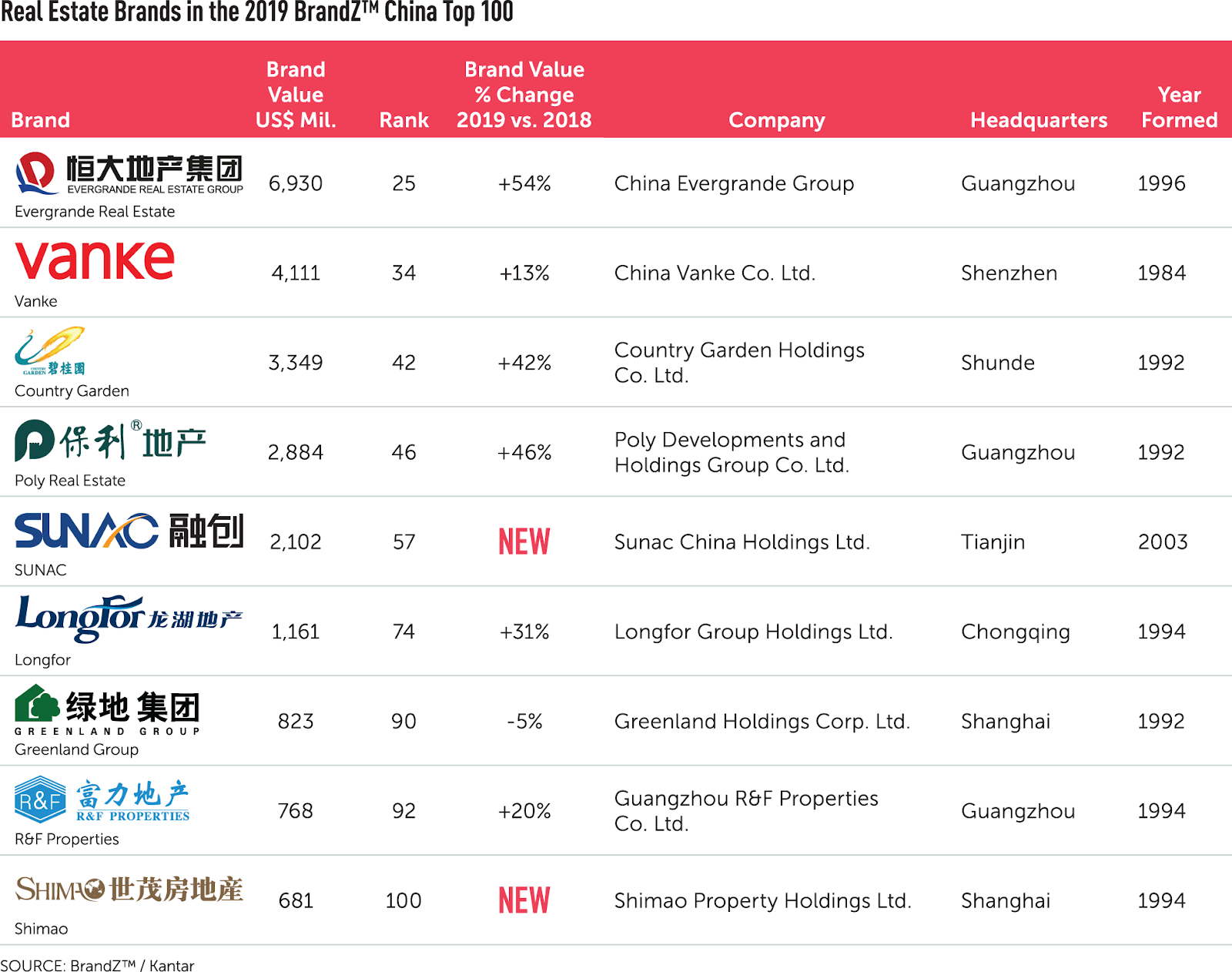 The value of real estate brands continued to surge despite counterforces, including government attempts to limit speculation with tighter credit and other policies. While still eager to expand the stock of affordable housing, the government argued that housing is for living in, not investing in. It prohibited the purchase of a second properties in certain instances.

These factors depressed demand, not only in China’s largest cites, Beijing, Shanghai, Guangzhou, and Shenzhen, where prices soared over the past few years, but also in some lower tier cites, where certain subsidy programs ended, and developers put some projects on hold. As credit tightened, cash requirements pressured developers to lower selling prices. To stimulate sales, some real estate brands resorted to promotions that included lower down payments.

The larger brands were better positioned to endure market pressures. Three of the real estate brands in the BrandZ™ China Top 100 increased in value by over 40 percent, and only one brand declined. In some instances, brands grew through acquisition, driving consolidation of the real estate industry. Brand leaders also rebalanced their priorities somewhat, from aggressive land acquisition to profit control. They also investigated new real estate ventures, such as building facilities for health care and elderly care, and cultural centers to support tourism.

At the end of 2018, for the first time in almost two years, interest rates stopped rising, suggesting that government initiatives had effectively curtailed speculation and that actual demand is driving the real estate market. The market is expected to remain challenging, however, at least through the early months of 2019, according the state-controlled investment bank, China International Capital Corporation.