Real estate sales stopped during the height of the COVID-91 shutdown when the government ordered sales offices closed and developers resorted to online promotions and steep discounts to stimulate buyer interest. Share prices of major developers declined because of investor fears about the category. Many small- and medium-size firms did not survive.

As the economy recovered, however, credit availability and discounting drove demand. By May, new home prices had increased 0.49 percent over April, according to the China’s National Bureau of Statistics. Property across China experienced the price rebound, which was especially strong in the largest cities, including Beijing and Shanghai.

COVID-19 was an interlude. Prior to the pandemic, Chinese consumers remained interested in buying homes, but real estate developers faced increased challenges as slowing economic growth and rising interest rates made purchasing a home more difficult. Despite these pressures demand continued, and the real estate sector remained resilient.

Reflecting the government’s ongoing effort to curb speculation in the housing market, home prices grew, but at a slower rate, in upper and lower tier cities through the first half of 2019, according to the National Bureau of Statistics, which reported that investment in residential buildings increased 14.6 percent for the first 10 months of 2019.

Amid the slower economic growth and competition for buyers, brand become more important as a factor that helps real estate companies obtain good locations, gain favorable financing, and appeal to customers, according to the China Index Academy, a property research institute.

Reflecting the spending power of young people and the growing number of singles as more young people defer marriage, some property developers began including studio apartments in their buildings, and the internet expanded as a channel for real estate sales. 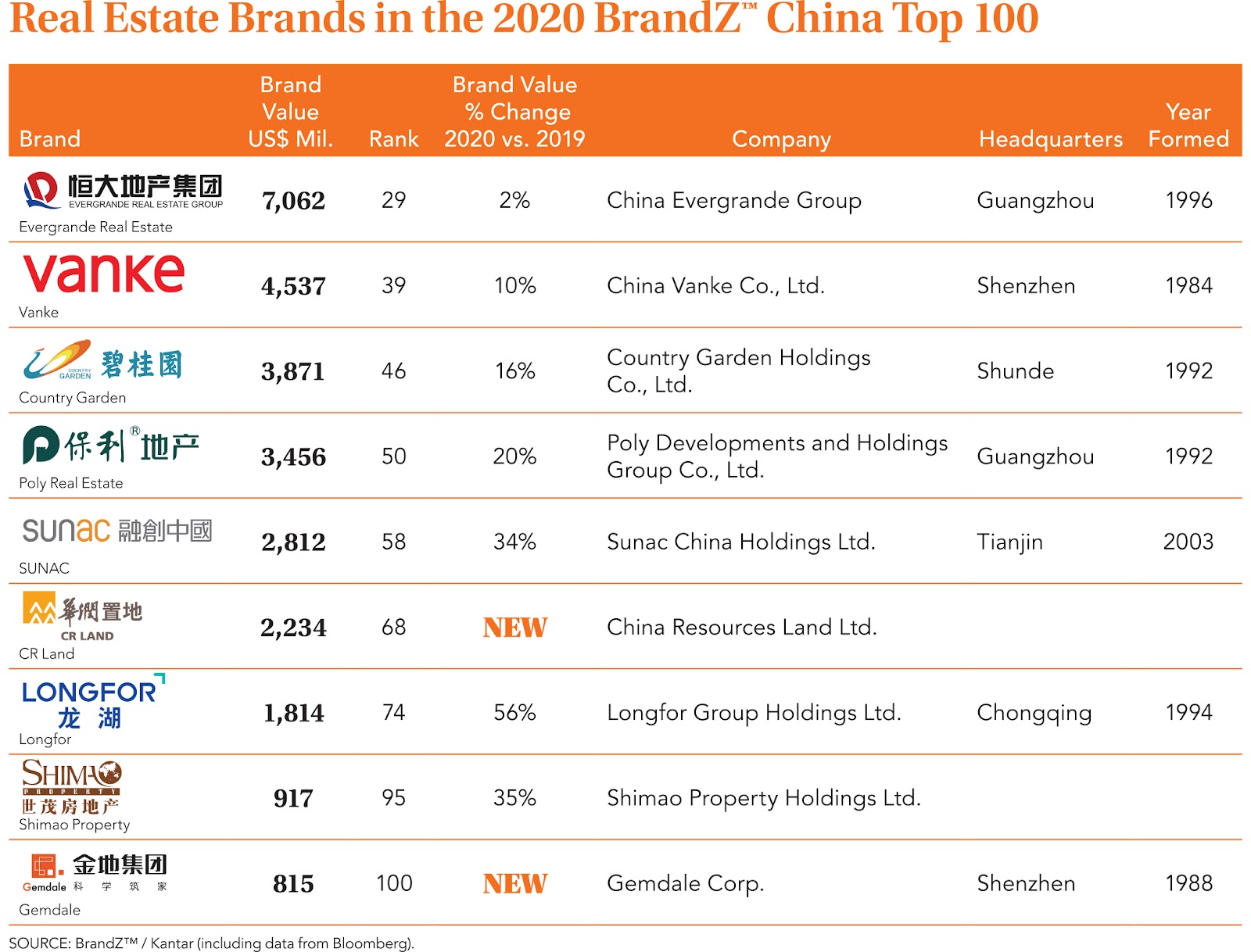