The data-driven integration of merchandising, distribution, and delivery known as New Retail, had already revolutionized shopping for Chinese consumers before the COVID-19 pandemic. This system of online ordering with easy pick-up or rapid delivery was well suited for the lockdown period and drove business for Alibaba, JD.com, Pinduoduo and other OTO retailers.

The lockdown also accelerated the emergence of other retail channels, including social e-commerce and group purchasing, according to Kantar China MONITOR 2020, which predicts that e-commerce will continue to grow in the post pandemic period, although physical retail should recover quickly. Retail category value increased, but the rate of growth slowed to 14 percent.

Alibaba Group Holding Ltd.’s China retail marketplaces reached 846 million Monthly Average Users in March 2020. Sales during Alibaba’s fall sales promotion—known variously as 11-11, Singles’ Day, and Global Shopping Festival—reached a record-busting $37 billion. But Jack Ma’s departure from Alibaba, on the 20th anniversary of the company he founded, crystalized the moment. Even as retail moved faster—online and offline—it was transitioning to the new normal.

Competition intensified with the rise of Pinduoduo, a newcomer to the BrandZ™ China Top 100 this year. Established as a group buying e-commerce site with special appeal to less affluent consumers, especially in lower tier markets, Pinduoduo added more upscale brands that appeal to a wider audience also attracted by the site’s group buying discounts and gamification of shopping.

Albibaba Group Holding Ltd. acquired NetEase Koala, a cross-border e-commerce business owned by NetEase Inc., an online entertainment and gaming conglomerate that competes with both Alibaba Group Holding Ltd. and Tencent Holdings Ltd. The combined company now accounts for around half of all China’s international retail. It facilitates the sale of Chinese products abroad and the purchase of overseas products by customers in China.

JD.com Inc  opened its largest physical store, during Singles’ Day, in the southwestern city of Chongqing. Called JD E-Space, the futuristic store is an expansive experiential center where consumers can test products from a wide range of categories, including electronics, fitness, and beauty, and then scan codes for purchase and delivery.

Suning, the home electronics store owned in part by Alibaba, acquired a majority stake in the French retailer Carrefour. Suning will use the locations to support

its O2O business with hybrid retail and distribution locations.

Meanwhile, Amazon retreated from its e-commerce business in China, while US warehouse store giant Costco opened its first location in China, on the outskirts of Shanghai. The retailer is betting that its bulk buying at discount prices will appeal to the bargain-hunting, group purchasing habits of Chinese consumers.

It is not as if Chinese consumers lack for retail choice. Along with traditional retail brands, shoppers also purchase on social commerce apps. Although around nine out of 10 Chinese smartphone users are present on Tencent’s WeChat app,   Tencent until recently has not attempted to monetize e-commerce traffic.

That policy recently changed for several reasons, including: the decline in Tencent’s revenue from online gaming; the rise of competition from Pinduoduo; and new retail competition in the form of content commerce. ByteDance, which operates the short video site Douyin (TikTok outside of China), enabled users to link with shopping sites.

Tencent has experienced strong brand adoption of its relatively new WeChat Mini Program, which tracks user search behavior within the Tencent ecosystem that includes WeChat, QQ (instant messaging), music, and gaming. The WeChat Mini Program also has an advertising algorithm that analyzes the consumer data to enable brands to attract shoppers to their stores effectively.

Before the advent of the Mini Program, shoppers typically had been directed

to JD.com, the e-commerce platform substantially owned by Tencent. Similarly, on WeChat shoppers looking for group buys were linked with Pinduoduo. Now, shoppers can buy on JD.com, and they also have the option of buying directly from a brand store set up on the Tencent Mini Program. But shoppers attempting to connect for group buying will no longer be linked to Pinduoduo, as Tencent attempts to keep potential commerce within its own ecosystem. 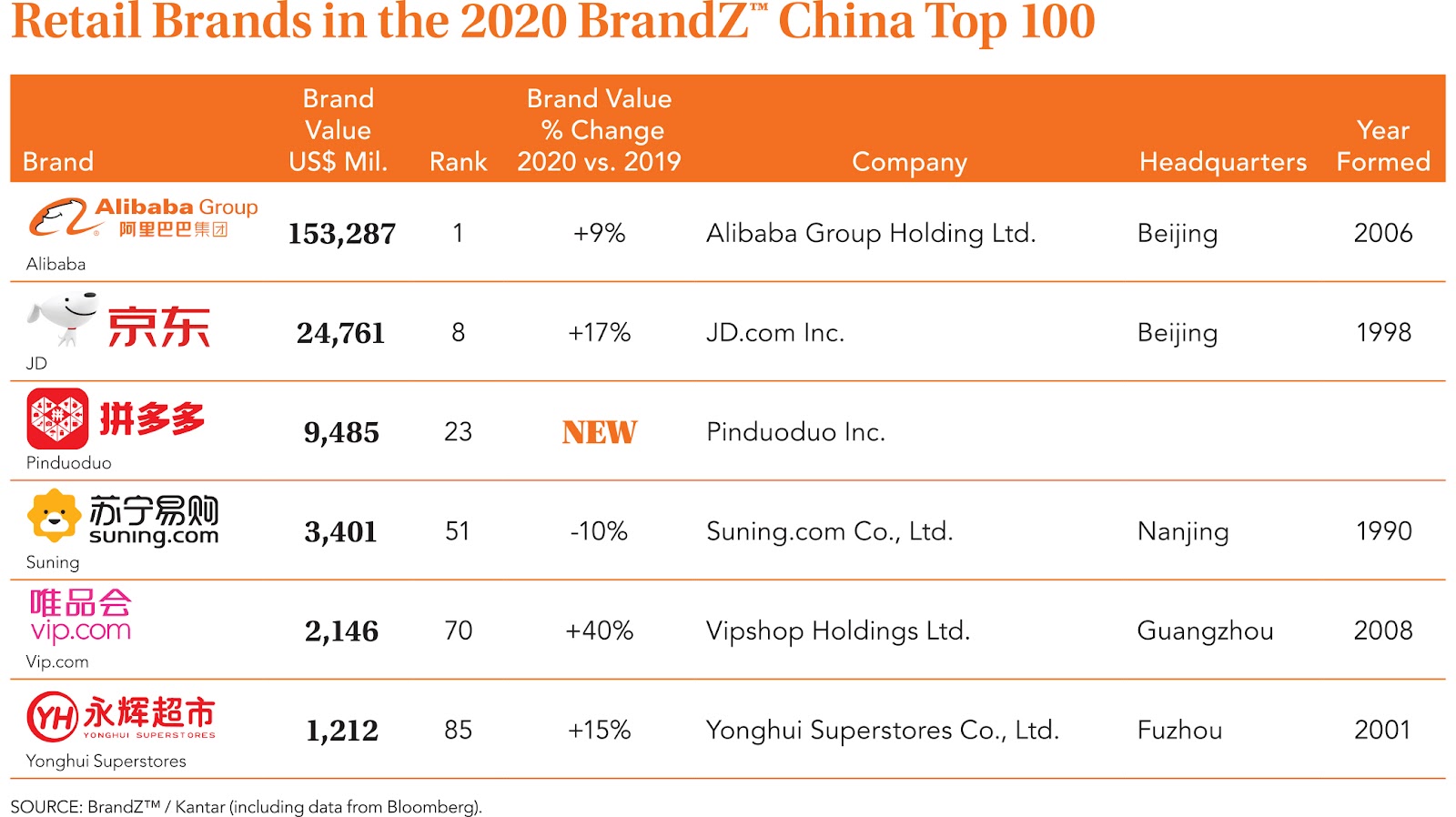