Walmart sold a majority stake in its Brazil operation of around 270 stores. The retreat from Brazil, which Walmart entered in 1995, was part of a deconsolidation process in which big-store retailers reduced their physical footprint and reallocated the investment to strengthen their online capabilities. Walmart integrated knowledge gained from its e-commerce acquisitions—Flipkart, in India, and Jet in the US—and its alliance with JD in China.

Meanwhile, Amazon, which invented e-commerce, doubled down on Whole Foods, the grocery chain that it purchased in 2017. Amazon announced that it would open more Whole Foods stores, lower prices, and introduce the free rapid delivery that it already offers to Prime members in certain cities. Whole Foods operated around 500 stores, primarily in the US. Amazon also continued the slow rollout of Amazon Go, its food stores with technology that eliminates checkout.

The online and offline retail worlds converged most rapidly in China, where Alibaba and JD have acquired or affiliated with chains of physical stores. To advance its notion of New Retail, Alibaba incorporated the digital shopping experience of its Hema supermarket into the roughly 400 RT-Mart and Auchan hypermarkets that it purchased in 2017.

At the same time, the disruptors themselves, Alibaba and JD, experienced some disruption with the appearance of new price competition. Pinduoduo, an online site known to Chinese consumers for group purchasing at discount prices, was expected to gain around 7 percent of the e-commerce market this year, according to Kantar. The brand successfully listed on NASDAQ during the summer of 2018.

A 25 percent increase in value made retail the second-fastest rising category in the BrandZ™ Global Top 100 ranking. Without the strong performance by Amazon, up 52 percent, the retail category increased around 9 percent, more than the rise of the BrandZ™ Top 100 overall, which suggests that retail brands responded effectively to changing category dynamics and consumer trends.

The growth of e-commerce and the shift in consumer shopping habits continued to impact the hypermarket chains. Operators struggled to keep up with changing consumer expectations of convenience, which hypermarkets first satisfied with giant, well-assorted stores, and then modified by adding smaller locations closer to where people live.

In China, some hypermarkets partnered with e-commerce giants and divided the footprint of their stores into a reduced retail area and a distribution center. This development improved the productivity of the retail space and enabled the e-commerce partners to shift from a hub-and-spoke distribution model to a constellation of smaller centers located closer to the customer.

France’s Carrefour partnered with Alibaba competitor Tencent, China’s giant online platform, to open a supermarket similar to Alibaba’s Hema. Hema is a supermarket, primarily devoted to fresh foods, that also serves as the distribution center for delivery orders. Customers can shop and check out using their mobile phones. Because the store inventory is perpetually updated, they can also receive real-time promotions.

To gain better economies of scale, Carrefour also formed a global buying alliance with UK-based Tesco. Tesco revamped its range, in part to sharpen price points and better compete with the hard discounters, Aldi and Lidl, both Germany-based chains. Although the hard discounters were best known for their sharp pricing on narrow ranges of merchandise, often private label, they also excelled at fresh food.

Excellence in fresh food was an important competitive advantage because of the current consumer preference for healthier eating. Tesco launched a chain called Jack’s, which imitated the deep discounters in size, limited range, minimum merchandising, and emphasis on freshness. China provided a distinctive example of meeting the need for fresh foods with the Hema chain of supermarkets known for the freshness of its fish, meat, and produce.

Competitive pressure increased for non-food retailers. With the introduction of more private label merchandise in apparel and home categories, Target continued to distinguish itself as a destination for affordable style. But that positioning made the chain vulnerable to specialists in some of its core categories.

With its expansive focus on home decoration, Lowe’s, the US home center chain, was somewhat more vulnerable to home décor specialists than its chief competitor, The Home Depot, which receives a large proportion of its sales from contractor customers. To improve results, Lowe’s announced that it would close underperforming stores and exit the smart house category.

Like The Home Depot, Lowe’s was relatively protected from the impact of Amazon and other online merchants. Along with selling individual items, easily purchased online and delivered, they relied on selling home improvement projects that included multiple products from across departments, along with extensive consultation.

IKEA enjoyed similar protection from the growth of e-commerce and continued to depend on its enormous physical stores. However, to align better with rapid shifts in culture and customer expectations, especially the desire for greater convenience, IKEA announced changes. Like some other large-footprint stores, IKEA plans to repurpose some of its space to serve as a distribution point for local deliveries. Having grown into a chain of almost 400 stores, mostly in suburban locations, IKEA expects to follow the migration back to cities with smaller, design stores.

Also reflecting the way young urban people live today, sometimes preferring sharing over ownership, clicking for an Uber rather than driving a car, IKEA tested a furniture rental program. The move into rental also reflects the brand’s intent to advance sustainability with improvements to its stores, products, and production processes. To increase convenience, IKEA will expand delivery. It operates an installation service, having acquired TaskRabbit, an online services marketplace, and it owns a major stake in the North American kitchen installer Traemand.

In the increasingly complicated retail category, the BrandZ™ Retail Top 20 were positioned at the intersection of Meaningful (meeting needs in relevant ways) and Difference (being unlike competitors, setting trends) two important BrandZ™ contributors to brand equity, and they achieved Meaningful Difference in one of two ways, according to Kantar.

They either created relatively simple but highly controlled and well-executed businesses, like Costco, the warehouse store operator. Or they operated more complex businesses that found ways to offer a rich experience and deeper relationship beyond transaction, such as the advice about home improvement projects offered at The Home Depot and Lowe’s.

According to Kantar, the most successful retailers have achieved a balance of low friction and high engagement, which is an imperative in a category transformed by Amazon and Alibaba, Nos. 1 and 2 in brand value. This analysis attributes the success of Costco in part to well-designed stores in which customers can navigate without friction through low-engagement departments, like food, and spend time with high-engagement products like books or wine.

In another broader theme, many retailers are becoming more complicated financial entities, engaged in business across categories. Amazon, which has grown 1,482 percent in value of the past decade, according to BrandZ™ analysis, derived significant revenue from AWS, its market-leading cloud computing company. The purchase of the insurance company Aetna moved CVS deeper into health care.

Ultimately, retailers are attempting to be everywhere, online and offline. A new illustration of this phenomenon appeared as a four-story store called Showfields in a trendy area of downtown New York. In a marriage of a traditional, even troubled branch of retail, the department store, with the serendipity of online shopping, Showfields has created a space where consumers can experience online products, and direct-to-consumer brands can be seen, shopped, and photographed for Instagram.

When a retail brand has a purpose, when it says this is what I stand for, that assertion should not appear just in marketing materials. It should show up in everything: how the brand chooses real estate, how it designs it stores and website, how it edits its offering of products and services, how it hires and trains employees. Start with the customer at the heart of the business. Build the experience around that and communicate about the experience. Let consumer know what you stand for.

Physical stores have a role. But give people a reason to show up. If customers can get everything online, why would they visit the store? The stores need to be clean and beautiful and make people feel good being in them. And the people working in the store need to understand how important they are to the enterprise. Contact with people is not something that happens on a computer.

Meet heightened consumer expectations. When people purchase online, they want to be able to make a return to the physical store. And if they buy something in the store, they want the option of returning it by mail.

Test something at less than scale to see if it works. It requires an OK-to-fail mentality that propels some of the successful technology brands. It may require changing cultural assumptions about what success looks like. Retailers used to have a five-year vision about capital spending. Building more stores meant investments in property, road development, building construction. There is more nimbleness in planning and investment to. Do a limited test-and-learn. If it works, invest more money. If it fails, move on and invest in another idea. 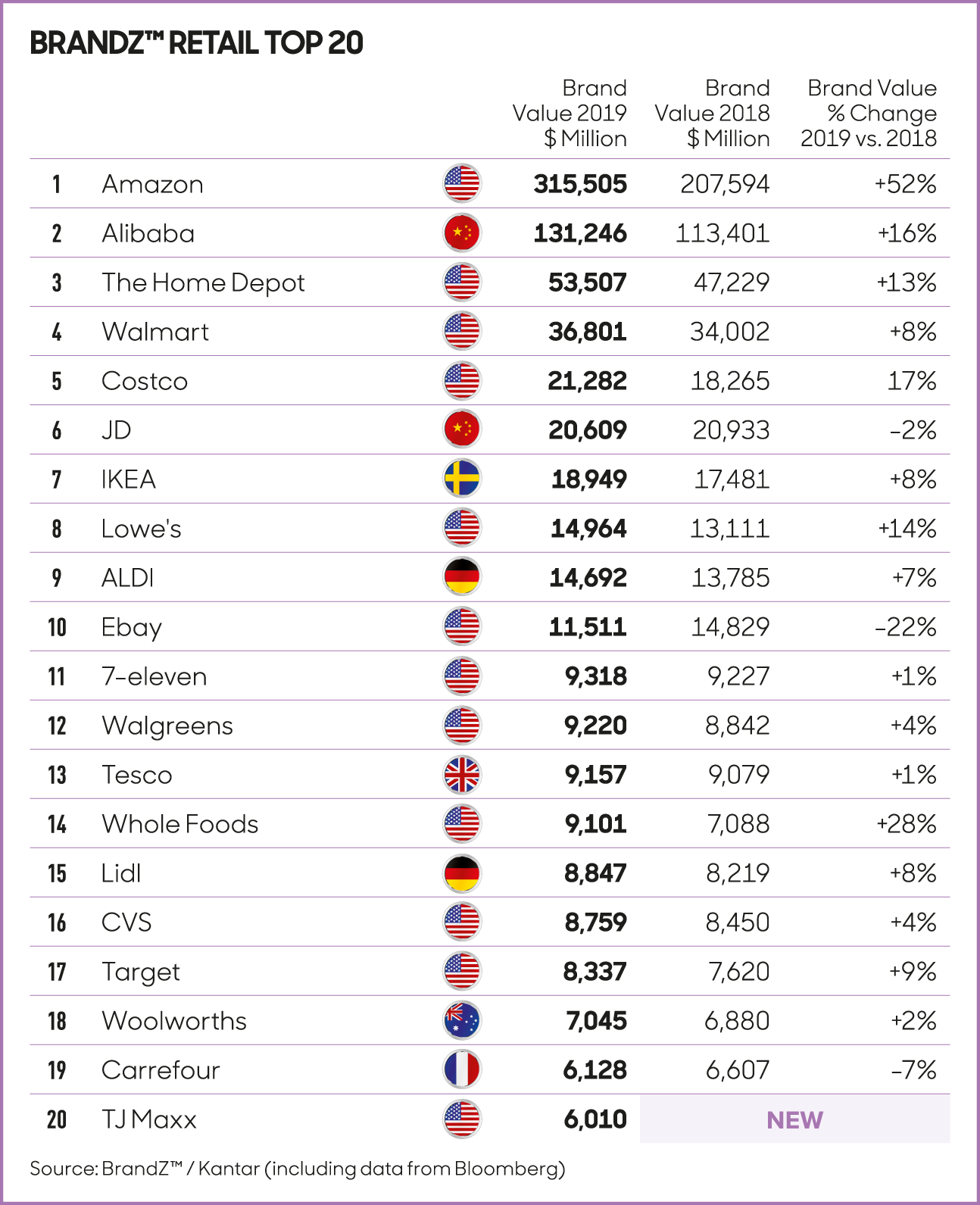 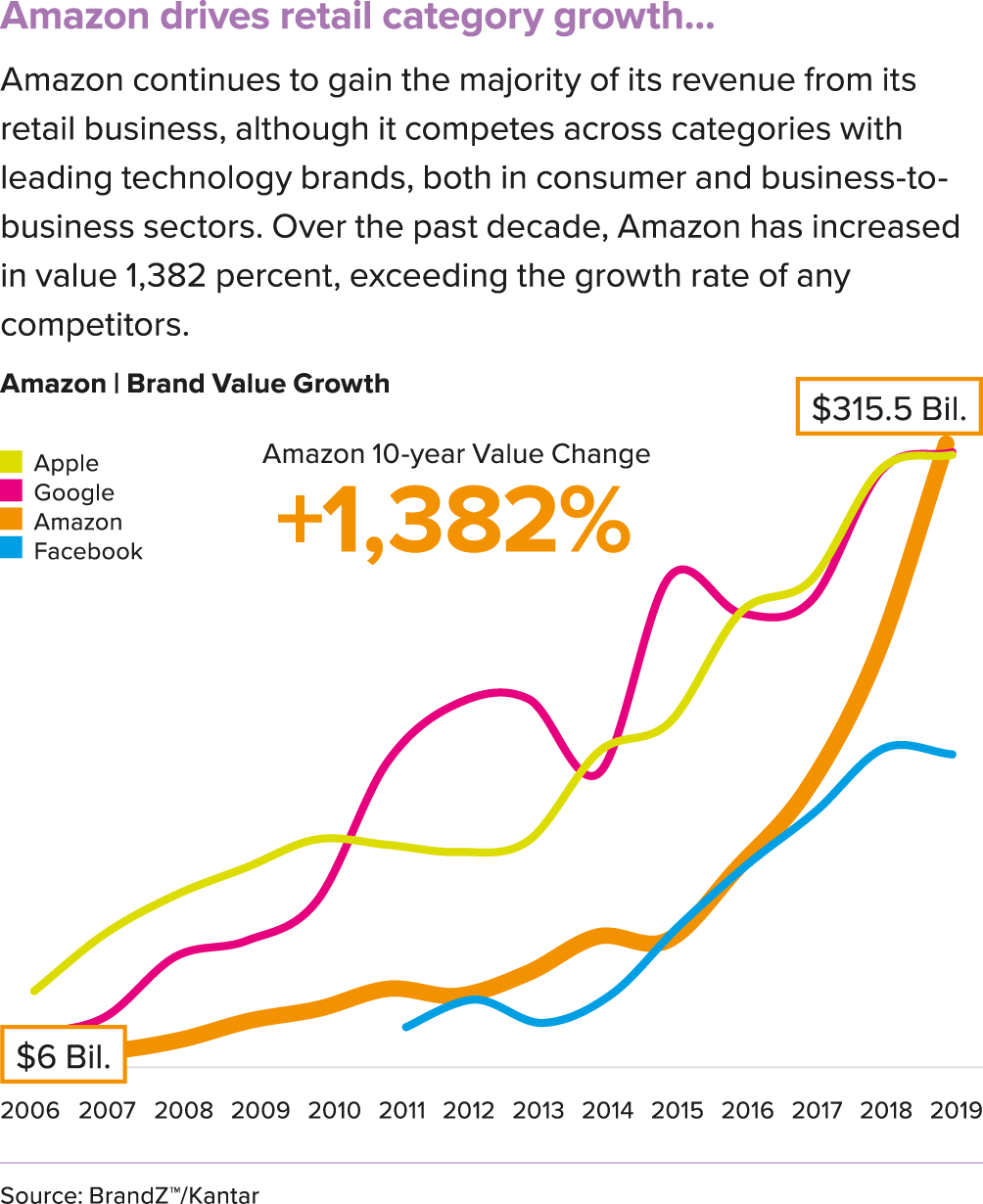 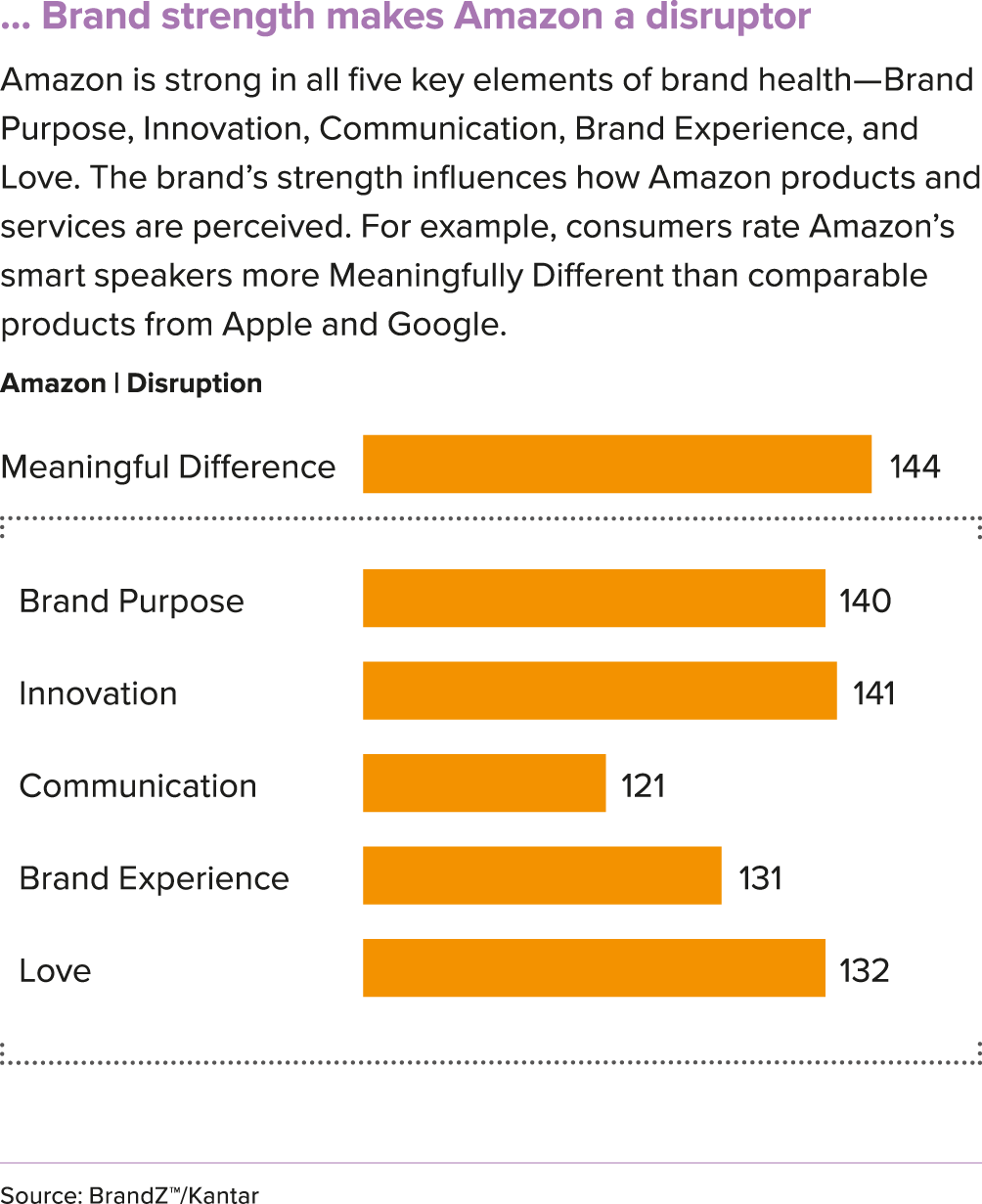