The challenge—how to stay relevant in a declining category—has not changed. People who grew up drinking Coke and Pepsi, the soft drink brand leaders, believe they should drink less cola for health reasons, and young people who did not grow up drinking cola see little incentive to start now. What has changed is brand strategy and implementation. And the brands may be making slow progress. The soft drinks category increased 4 percent in value, after remaining unchanged a year ago.

The scope of the challenge is best illustrated by the trend in carbonated soft drink consumption in the US market. Over the past statistics due out 1 May, according to Beverage Digest. But consumption is declining and varying rates globally. Across Europe consumption volume has not changed, but revenue has increased slightly, as people switch from colas to premium beverages, especially enhanced waters, according to Kantar Worldpanel.

Both Coca-Cola and PepsiCo broadened their product portfolios into waters, iced teas, and other drinks perceived to be healthier. The soft drink manufacturers attempted to expand drinking occasions by pairing beverages with food, outdoor activities, and other events. To narrow the gap between habitual and younger drinkers, a Pepsi Super Bowl ad featured model Cindy Crawford and her adult son. The 30-second spot recalled the Pepsi commercial Crawford made over 25 years ago. 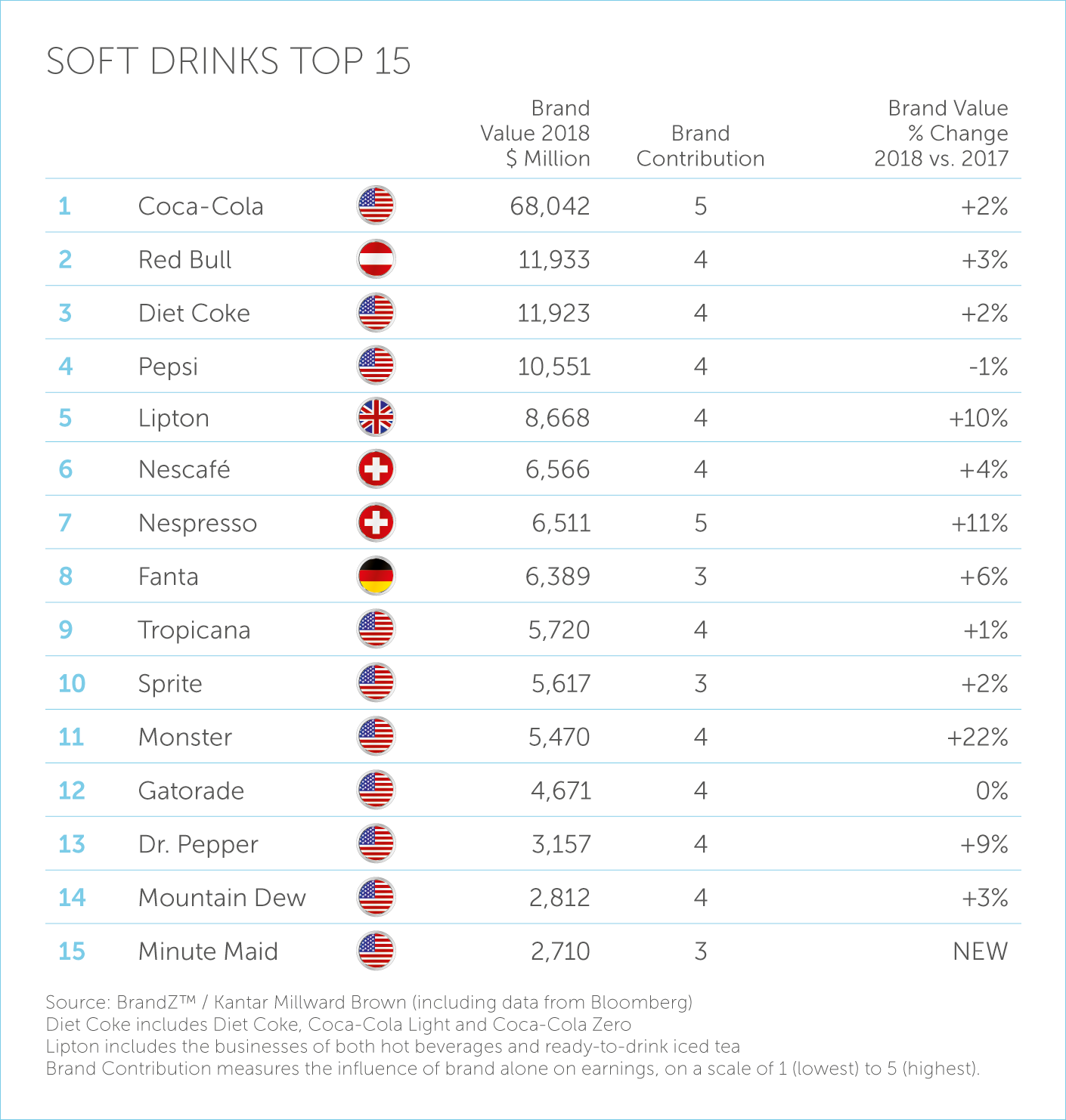 With the tagline, “Taste the Feeling,” Coca-Cola leveraged the affinity consumers have with the Coke brand because of the product’s taste and the emotion it evokes. It unified three drink options—Coca-Cola, Coca-Cola Zero Sugar, and Coca-Cola Life—under the Coke masterbrand to signal that choice exists across taste preferences and health concerns, and there is a “Coke for everyone.” An emotional ad debuted during the Super Bowl connected choice with individuality and diversity.

Attempting to add the sparkle back to Diet Coke sales, hurt by consumer concern about artificial ingredients, Coca-Cola introduced a taller narrower can for Diet Coke, along with four new flavors, including Zesty Blood Orange. The smaller, redesigned packaging is part of the attempt to compensate for lost sales volume with premium pricing.

In response to consumer concerns about sugar, both Coke and Pepsi made branding changes, at least in the US, although the product formulations did not change, Coke Zero is now Coke Zero Sugar, now free of both calories and sugar. Earlier, Pepsi Max changed to Pepsi Zero Sugar. The companies reduced sugar in many other products.

A sugar tax became effective in the UK in April 2018. Sugar taxes have been in effect in other European countries and in numerous US cities. And a pressured category, complicated by more choice entering the market, may become more challenging as beer manufacturers—studying the same audience of younger drinkers concerned about healthy products—expanded their product portfolios to include non-alcohol beers.

Because of consumer concerns, and increased regulation, Coca-Cola reduced the sugar content of many beverages, including two of its popular non-cola carbonated soft drinks, Sprite, a clear lemon-lime drink, and Fanta, which is available in a variety of fruit flavors and is popular outside the US. Usually, a natural sweetener, like stevia, substitutes for the sugar.

The artificial ingredients in energy drinks do not dissuade the consumers who choose those beverages for their functional benefits. Red Bull serves a particular purpose—lifting energy levels—and also pairs with alcohol. It rose one notch to No. 2 in the BrandZ™ Global 2018 Soft Drinks Top 15. The brand has an audience of young people that follows Red Bull not only for the drink but for the extreme sports and other events that the brand represents.

Tea fits well with the consumer desire for healthier and fresher drinks. But the tea category is fragmented with newcomers pressuring heritage brands like Lipton. Pepsi distributed the iced tea version of the Lipton tea brand, owned by Unilever, which introduced a new range of Lipton teas in five wellness varieties with names like Bedtime Bliss, an herbal blend that includes chamomile, mint, and orange peel. Pepsi owns two other iced teas—Pure Leaf, including a premium collection, and Brisk. Coca-Cola owns several tea brands, including Honest Tea. Unilever acquired Tazo Tea from Starbucks.

PepsiCo has a partnership with Starbucks to distribute ready-to-drink coffees, a segment that is expanding rapidly with the introduction of the cold brew process. And more craft brands of bottled iced coffee are appearing on grocery shelves. Keurig Green Mountain Coffee announced plans to purchase Dr. Pepper Snapple, which would create a major beverage company with hot and cold drinks and extensive distribution. Keurig is part of JAB Holdings, which has also acquired Panera Bread, Krispy Kreme, and Peet’s Coffee.

The two coffee brands in the BrandZ™ Soft Drinks Top 15—Nescafé and Nespresso—increased in brand value, Nespresso by 11 percent, with the brand supported by strong ad campaigns featuring George Clooney. Tropicana, the juice brand owned by PepsiCo, rose in value, and Minute Maid, a Coca-Cola brand, entered the ranking. PepsiCo launched a sparkling water brand called Bubly to compete with brands like La Croix. Coca-Cola completed the purchase of AdeS, a plant-based beverage business, from Unilever, and may eventually introduce the products outside of Latin America, home market of AdeS. 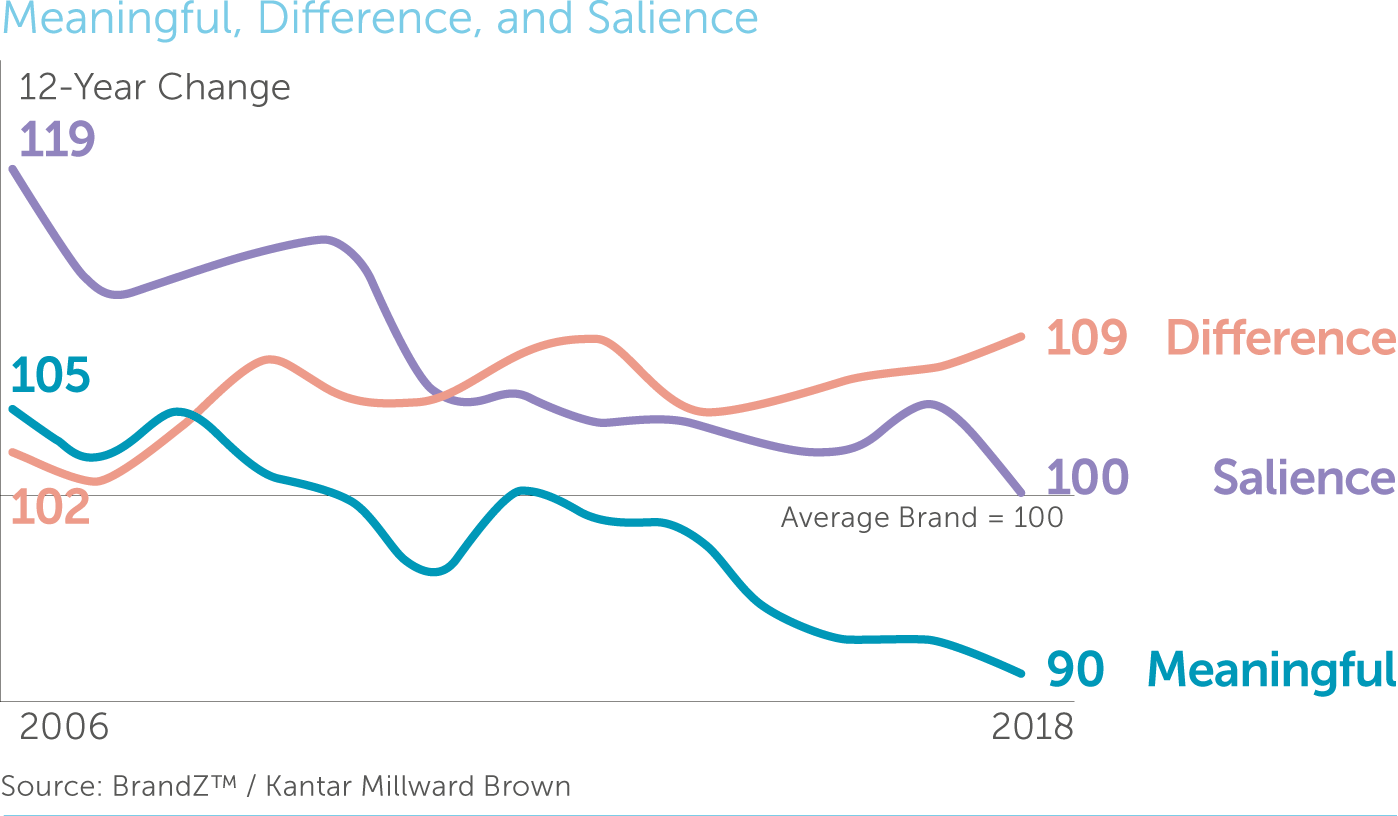 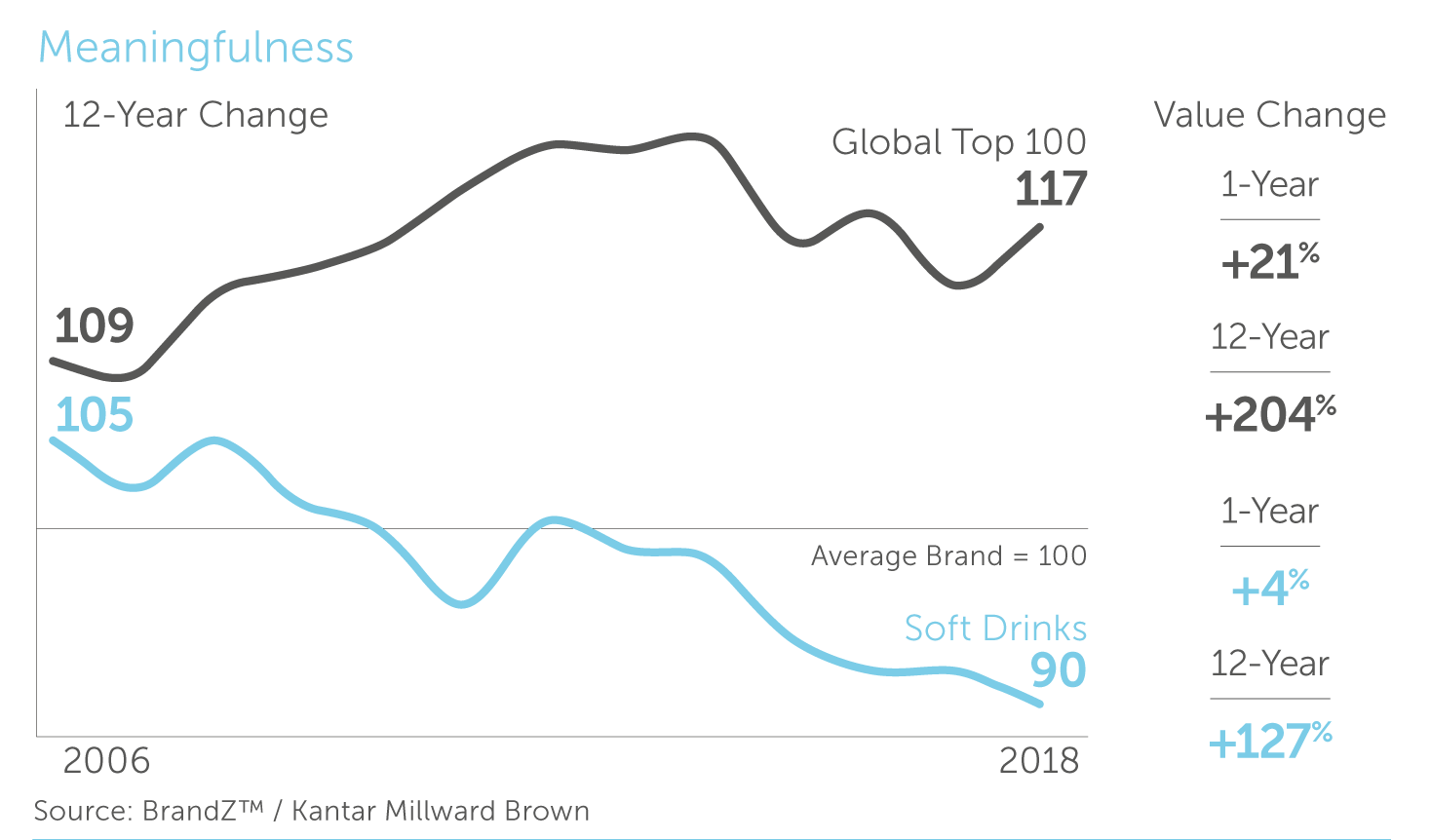