The 3-way to winning with Influencers

The 3-way to winning with Influencers

You’re already under the Influence of people you think you trust. You don’t even know it yet.

One book that every marketer should have on their bookshelf is Influence by Robert Cialdini wherein we learn about the power of being influenced by Authority figures. We’re seduced by powerful stats from experts, for example; according to a Schlesinger Associates study, 81% of marketers believe that influencer engagement is effective. It begs the question of what “effective” really means because with enough money, brands can pay influencers to get their message out to the masses and create “talkability”. This can be disastrously effective.

Social media influencers have changed the marketing game and have given brands access to people in ways businesses could have never imagined.

Cutting through the clutter of Influencer jargon and fluffy research stats it is important to understand a proven model of success that’s worked for banks, handsets, cellular providers and alcohol brands. While there’s a lot of hype, there is in fact a science behind crafting a successful Influencer campaign. We call it the LIP Influencer mode; LIP = Lust. Investment. Proximity.

Influencers must have a strong desire for what they are endorsing. It’s that simple. Find influencers that are passionate about your brand, let them fight to be on your team, and watch the magic unfold. While many marketers will hunt for Influencers with large followings and approach them for endorsement, we recommend reversing the process by getting influencers to fight for why they should be chosen by you. It’s a bit like the dating game except the influencer has to make the first move.

A brand that got Influencers to make the first move was Vodacom who tapped into the power of South Africa’s hottest young student influencers to drive their youth package, NXT LVL. Thousands of students applied to be an influencer for Vodacom and go through rigorous interviews on campus to qualify. Passion for the brand was the primary metric for fit.

Tip: Don’t get lulled into followership as a primary metric. Spend the time discovering if your influencers have a connection to your brand before taking the conversation further.

The Vodacom brand team knew that investing in Influencers wasn’t a once-off exercise and committed to a yearlong influencer program.  A longer timeframe meant that Vodacom could take a constant barometer of the team’s progress and make adjustments as the campaign grew. And the results speak for themselves -  Vodacom exceeded its original target of NXT LVL customers.

Training was another crucial element and Vodacom understood that they were investing in influencers as if they were extensions of their own marketing team. The time spent training influencers on the brand vision, objectives, and product was crucial. This meant bringing influencers into their inner circle.

Tip: Brands that take influencer marketing seriously know that investing for the longer term must be a consideration in the annual budgeting process.

The Schlesinger Associates report alludes to the power of proximity, stating that 92% of consumers trust earned media such as word of mouth and recommendations from friends and family. In other words, the closer the proximity of a trusted group, the higher the sphere of influence. Having a favorite celebrity or supermodel recommend switching cellular networks doesn’t have the same cred as a best friend’s recommendation.

Looking specifically at university students, we see that peer groups have higher influences on each other. Not only that, but as the sphere of influence expands outwards, the degree of trust drops, and scrutiny rises. We have discovered that Afrillennials (African Millennials) are natural born skeptics about celebrities endorsing multiple brands. Authenticity plays a big factor and the youth have their eyes trained like a hawk for the inauthentic and will make sure to let everyone know when it’s absent. Just look at the global outrage over the Pepsi commercial in which celebrity Kendall Jenner brought a political march to a standstill. It was slap-in-the-face inauthentic.  She’s a supermodel, a celebrity, not an activist or social change maker. But it went viral. It got engagement. Would that fit in the 81% statistic mentioned earlier that believe it was effective? Let’s hope not.

In contrast, Vodacom was winning the authenticity race by infiltrating and activating at every touch point of a student’s world thanks to influencers taking the brand to social events, showcasing on campus, and boosting the offering on their social media platforms. A tight proximity of their influencers to the student market meant more authentic engagement.

Tip: Choose Influencers from a market that is closer to the sphere of influence in your target market. If you’re targeting youth, then seek out young people with influence. 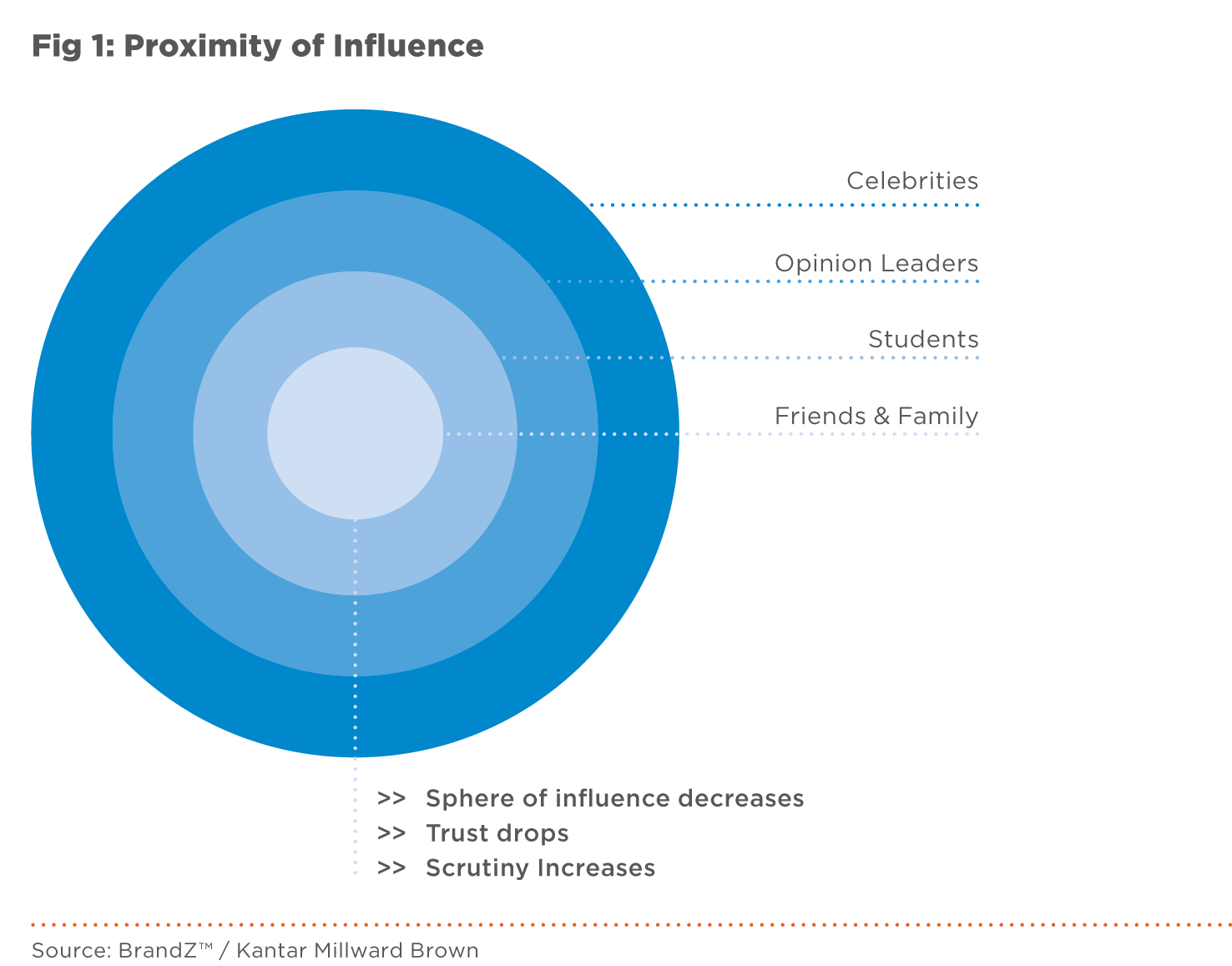 Influencer marketing is here to stay. Effectiveness takes time and effort and a process of steady accretion. Brands who succeed in bringing influencers into their circle of trust do so by walking the journey together as opposed to seeing them as just another billboard.